Justin Vernon, the mastermind behind the project Bon Iver, is always good for a surprise. Starting his career with melancholic folk music on For Emma, Forever Ago in 2008, he evolved to a spherical and computer-based sound with Bon Iver in 2011 just to release the 2016 experimental and auto-tune based 22, A Million. For the year 2019 the musician announced a new album called i,i, which originally should have been released on August 30th. But as Vernon always tries to make his art thrilling und surprising, he dropped a playlist featuring the whole new album on various streaming platforms last week. Shortly afterwards the whole record was released digitally. Not easy for music journalists to plan for, but pretty cool for everyone who was waiting for new music by the American artist. 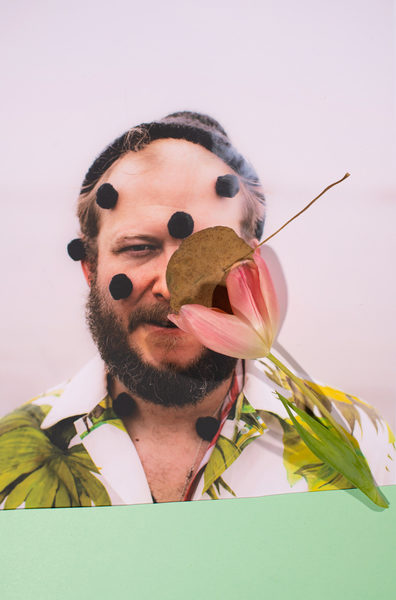 i,i feels like the missing link between two already exiting Bon Iver records: Bon Iver, Bon Iver and 22, A Million. This means that experimental, distorted and auto-tune focused elements meet restrained and atmospheric parts. The link between the different musical styles are Vernon’s trade-mark vocals. It also seems like the band mixes 22, A Million’s song titles with those of his former records. For instance, on 22, A Million they used titles like ‘715 – CR∑∑KS‘ or ’21 M◊◊N WATER’, all of them featuring cryptical letters and numbers. Already the album titles implicated an experimental nature. On Bon Iver‘s former records he made use of more “normal” titles like Flume or Skinny Love. Now, on i,i, the band combines those two ways and names songs iMi, Holyfields, or Naeem. Vernon always pays special attention to the whole project as an artwork and what it stands for – starting with song titles. 2019’s i,i’ cover art, for example, is less experimental than 22, A Million’s but still not as neat as former records covers.

Bon Iver’s new album starts with the short opener Yi. It sounds like the band started messing around with electronics before recording their songs. iMi lays a lot of autotune on Vernon’s voice at the beginning, but then suddenly quits the effects for a more restrained part, just to return to autotune and experimental elements. Like already said: it’s a combination of Bon Iver’s reserved elements and 22, A Million’s experimental parts. An Indian chant echoes off the beginning of, We, and marks the end of a development. Justin Vernon transformed from an ‘I’ to a ‘We’ – from a solo artist to the band Bon Iver.  Although the ‘old’ Bon Iver doesn’t exist anymore, Vernon still draws from his folk roots. So, on i,i features ‘Hey Ma’ and ‘U (Man Like)’, whose harmonies and melodies remind of his older works.

Vernon himself says that i,i is an album for the autumn. If For Emma, Forever Ago was the winter, Bon Iver the spring, 22, A Million the furious summer, the circle now ends with a calm but windy autumn. He also admits that it is the most complete and mature record of his whole career. Musically that means the band refrains from using too much effects and weird electronics. Yet, Bon Iver keep up their playfulness and do not let it LP take a boring turn. Like puzzle pieces making one whole, they combined the best elements from former records to create a coherent and impressive work.  i,i is a record about growing up, about reflecting yourself, your identity, and your role in the community. It’s about feeling connected to yourself and everyone around you.

i,i is out now via Jagjaguwar.