The Decemberists – ‘What a Terrible World, What a Beautiful World’ 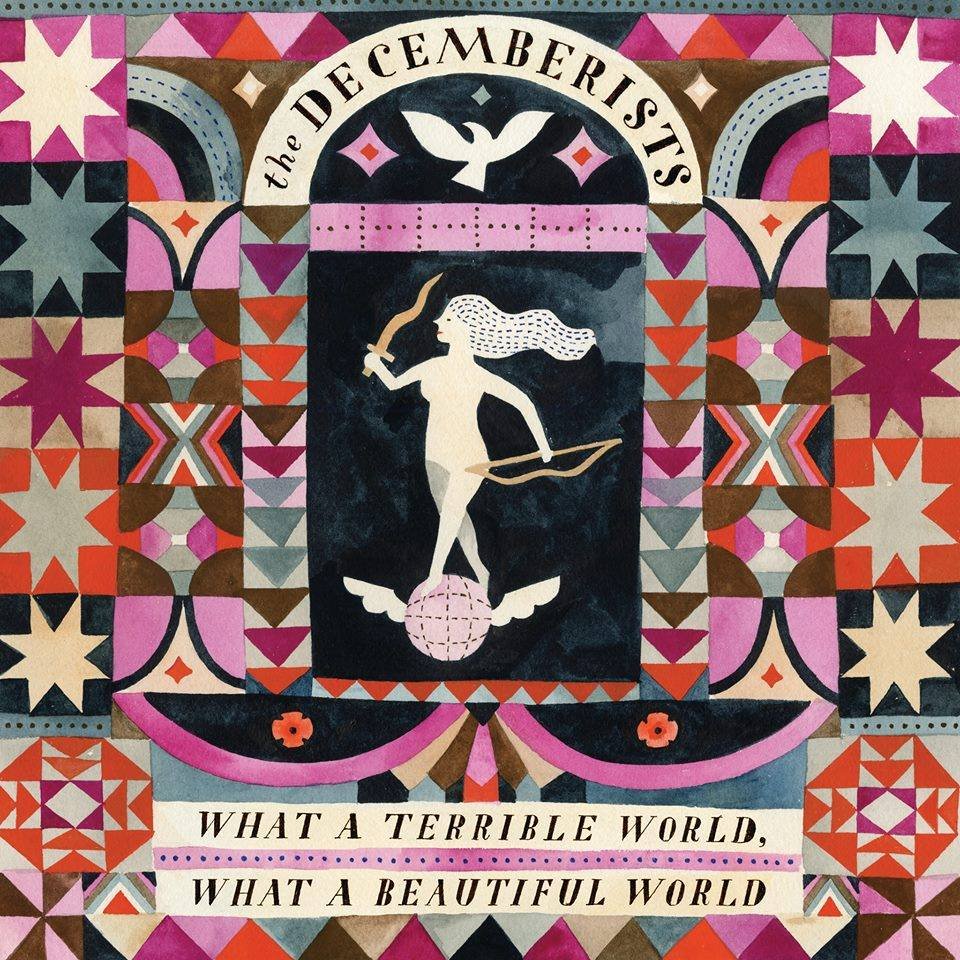 [one_half last=”yes”]THE DECEMBERISTS
What a Terrible World, What a Beautiful World

A narrative of a life

Being an artist these days isn’t easy, for there is so much to dwell on, that’s it’s hardly challengeable to cope with it all. With their seventh studio album, the ensemble around lead singer Colin Meloy offers a quite formidable approach to express their feelings about this diverse life. It is largely Meloy’s angle of experiencing things, as he admits in an interview with the Rolling Stone magazine last year: ‘There’s aspects of me in all the songs, even the ones that aren’t first person. But definitely on this record there’s a lot that’s me.’ Reflecting this very personal influence, Meloy provides an insight into the different impacts of the 14 different tracks, ranging from his viewpoints of a singer of a band, individual-related relationships, and his narrative writings. At its heart, the album is a represent of roughly five years of adulthood, terribly beautiful and beautifully terrible.

One striking characteristic of most tracks is the swelling up, musically and, according to this, emotionally. In The Singer Addresses His Audience or Make You Better, anthemic melodies magnify to profound and emotive soundscapes. Another element are catchy, loud and trendy tunes, just like in Cavalry Captain and Philomena, that come along more playful and entertaining due to sunny violin or dixie-like trombone sounds. De facto, THE DECEMBERISTS tapped the full potential of their folkish indie-rock accouterment. Is it just me or does Meloy’s lovely voice remind you on Robbie Williams, as well?

Just like all the previous artworks, the album cover was done by Colin Meloy’s wife Carson Ellis, who is also doing the illustrations for his books –  e.g. a narrative saga, called the Wildwood series, about two seventh-graders drawn into a hidden, magical forest. All you bon vivants of beautiful pictures out there might therefore enjoy the deluxe package of the new album, including a banner printed on satin and a telescoping box among other things.

THE DECEMBERISTS’ 7th album, ‘What a Terrible World, What a Beautiful World’, is probably the band’s most diverse and dynamic work, both musically and emotionally.