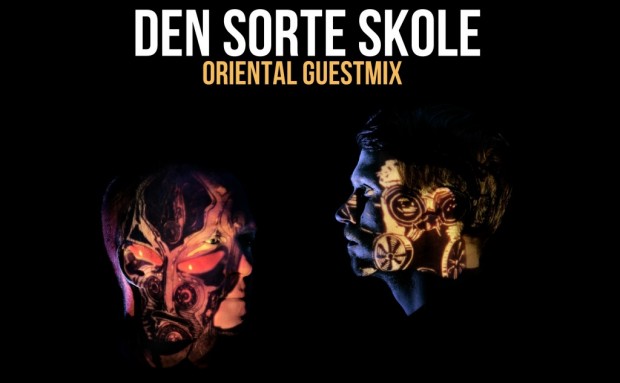 Ordinary is bad and the predictable is boring. And whenever there are artists out there who try something else, something which is just a bit more unusual you can count on NOTHING BUT HOPE AND PASSION to take a closer look. And one of the most fascinating acts we’ve stumbled upon in the past months has been Copenhagen-based DJ/producer collective DEN SORTE SKOLE.

We first saw these gentlemen live opening for their fellow countryman TRENTEMØLLER. Back then we instantly well in love with their weird sample soundtrack, so we dug a bit deeper and asked these guys a few questions a while ago. What’s fascinating about DEN SORTE SKOLE and their ‘sort-of’-mixtape-records is the great ability of combining sounds and samples from possibly every direction. Old jazz records, haunting old wave material and a lot of hidden musical treasures from exotic countries are combined to one surprisingly fitting sound. There’s something from everywhere within the music of these Danes. It’s like listening to a good radio show with open minds and ears. It’s a journey for music lovers who don’t care about boundaries and genre limitations.

As DEN SORTE SKOLE are about to bring their fascinating show back to the stages soon (presented by us, find the tour dates below) we thought it might be a good time to look a bit closer on the music that marks the foundation to this unique sound. We asked the band to compile their very own NBHAP Guestmix, featuring oriental songs that were partly also the musical basis for their latest album Lektion III. But as the band told us some of these tunes are also just personal favourites. Like always – it’s a fascinating right. So open your hearts and minds and follow us on this trip.