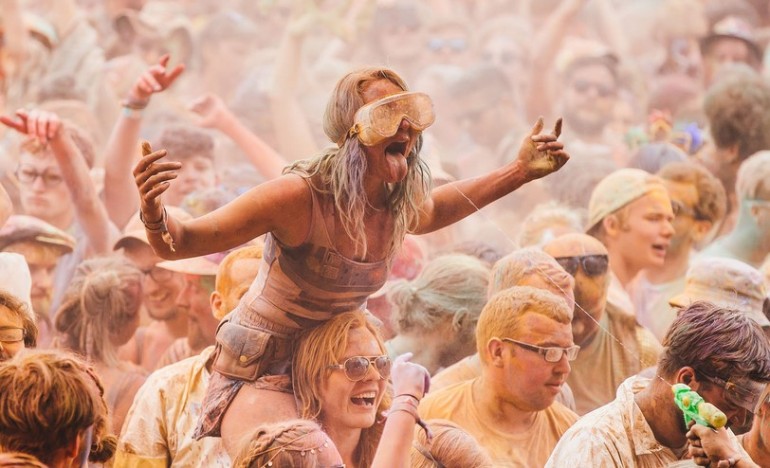 It’s a serious party, a hidden paradise for festival goers, a playground for adults. From July 21-24, Thursday to Sunday last week, the fields at Abbots Ripton near Huntingdon (UK) were transformed into the grounds of the integral arts & music festival of the SECRET GARDEN PARTY once again. Here are five reasons that make the festival unique and why you should visit it next year:

Secret Garden Party is a magical experience for many reasons. Most of all it is the overall vibe of the festival. It’s not a surprise that the rules of the real world don’t apply to music festivals. But SGP is somehow taking it further, it feels like a place far removed from reality and society, like slipping into a different universe with 2016’s The Gardeners Guide To The Galaxy theme. Maybe it’s the pure creative energy of artists and musicians exhibiting their crafts, the random art installations and sculptures such as oversized rabbits all around.

Bubbles floating through the air during the daytime, decorations in trees and coloured lights at nighttime. The love that has flown into creating the festival’s setting shows in the details.

There’s always another secret to discover, another surprise around the corner. From hidden away tents with secret DJ sets to peaceful spa and sauna areas. A loving vibe is all around. It’s all too wonderful, almost like wandering into a very chilled out paradise. This can’t be a real place – but it is! For four glittery days a year. 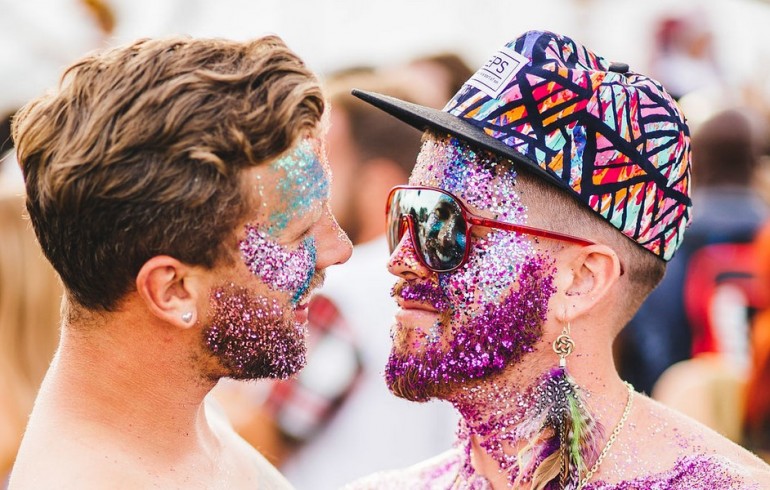 The variety is key to the festival. First of all, musically! You can wander from frantically dancing to a balkan band in Small World stage into the Living Room to relax on sofas and listen to folk ensembles or singer-songwriters. There’s an electro music madness on the Pagoda stage from day to night, inviting anyone to dance on the edge of the lake. The young souls are inspired by dancing to the music of MILKY CHANCE on the Great Stage, the main stage right next to the lake. Beats drop inside the hay-stacked walls of the Colosillyum and the wooden branches framing the Where The Wild Things stage are home to edgier indie bands. But music’s not the only thing that the SGP is boasting of.

The first experience after entering the festival grounds on a Thursday might be the performance of a Jesus, a Buddah, some nuns as well as a life-sized penis and vagina all united in dance to 90s tunes such as the Macarena or inviting festival goers to pray to Beyonce as their only true goddess at the Spiritual Playground.

There are interactive art installations all around the festival site from oversized colouring books to wooden huts with a mystical sound machine on the inside that will reverberate sound if sung into and make the inside of the hut glow in all the colours of the rainbow, depending on the voice. Yoga in the morning and dance classes in the afternoon keep anyone on their legs. The reptile tent invites anyone to play with spiders and snakes, while the Guerilla Science tent explains different scientific phenomenons. The Forum is home to talks about democracy and feminism at daytime, while it is converted to a cinema at night, showing sci-fi favourites such as The Hitchhiker’s Guide to the Galaxy, Interstellar, Galaxy Quest, Wall-E or a lengthy documentary about the apollo expeditions – making sure that film deserves its rightful space amongst the other art forms at presented at SGP. Saunas and hot pools are equally relaxing to chill out in. The paint fight and fireworks can’t be missed out either! Years ago SGP was already pioneering the concept of the interactive arts festival when it wasn’t even cool yet. Sure, there are a ton of festivals like that all around Europe these days. But being one of the first festivals of the kind, SGP is doing it at its finest, with the right touch for the wonderful and the unusual. 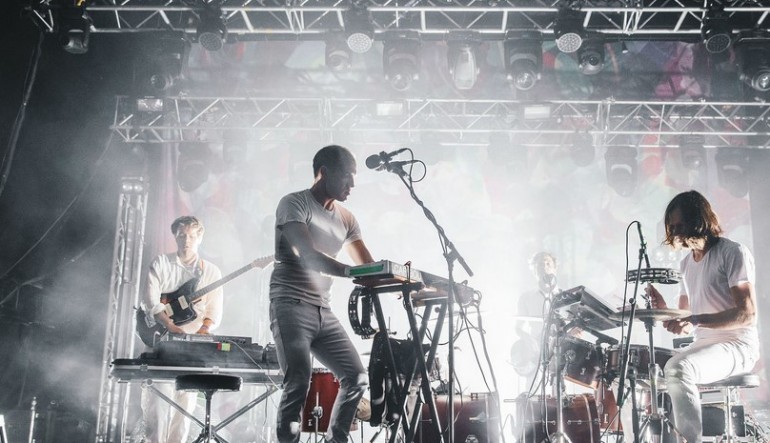 Discovering new talent is a big part of Secret Garden Party. Though there are big headliners such as CARIBOU or AIR playing the main stage, the smaller and often unknown acts make the festival what it is. From unknown local artists to upcoming stars, there is a good mix of the young and talented. Starting it off on Thursday a curated selection of local artists took over the Living Room stage with the BBC Introducing Cambridgeshire Takeover. It’s huge chance for local bands, such as the London-based AUGUST AND AFTER, with two male vocalists and a violin player harmonising perfectly in original songs and covers such as BON IVER’s Holocene. The Next Stage does its part in showcasing upcoming musicians throughout the festival, such as THE SLOW SHOW on Saturday. Especially Sunday was a strong day for female newcomers. The day was started off with SHANNON SAUNDERS, who got the crowds dancing with her sweet voice and a rhythmic electro backdrop first thing at noon. Later on DUA LIPA from Kosovo was speaking to the carefree teen spirit of the younger crowds with her dance tunes, while IZZY BIZU brought back soul and summer vibes. The crowded red-and-blue circus tent is proof for the fact that these are artists to make it far and to be heard of in the future.

Whoever has been to the Secret Garden Party can relate – musicians, traders, artists and regular festival goers alike. A sense of loyalty is a strong part of the SGP experience. It is probably best described in the simple fact that the SGP makes people want to come back, again and again. From musicians to guests, people love to return to this particular festival. The Secret Garden Party is big on supporting artists and musicians throughout the years. For example, the straw fox by Shipshape Arts guarding the festival site is restored and kept alive year after year, this time with an intergalactic bionic leg and a glowing evil red eye. Musicians and bands benefit from the same support, by being invited back and loving to do so in return. For example, one of the bands to play Secret Garden Party in their 8th year (!) were MOLOTOV JUKEBOX. A mixed band with instruments such as the accordion, the violin and trumpet, playing a self-invented musical genre called gyp-step. Years back they made the crowds dance at unreasonable hours in the a.m. on the muddy grounds of the Lost Woods, but this year SGP invited them back to play the main stage for the first time for a Saturday afternoon set. After making the crowds dance and sweat for many years, SGP was right to reward them. They truly deserved their set on the main stage. And yet again, the crowds loved it, giving them the same sort of support. It’s a support that goes both ways and establishes a sense of community. No wonder that MOLOTOV JUKEBOX has named SGP one of their favourite festivals of all times. 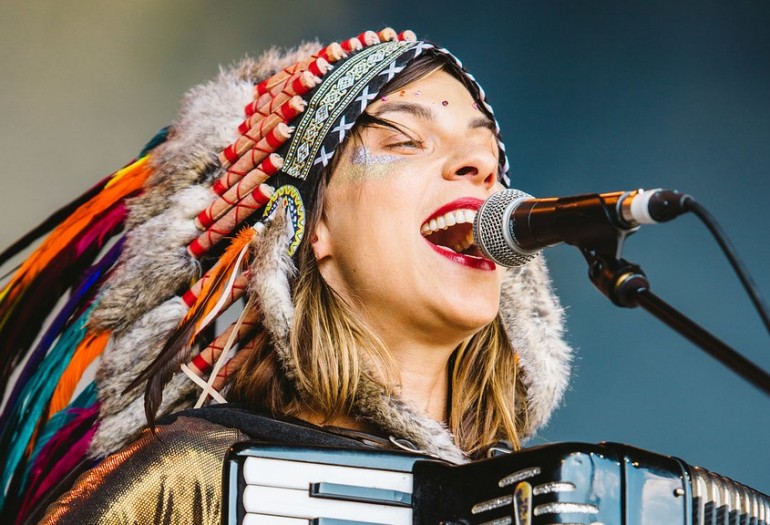 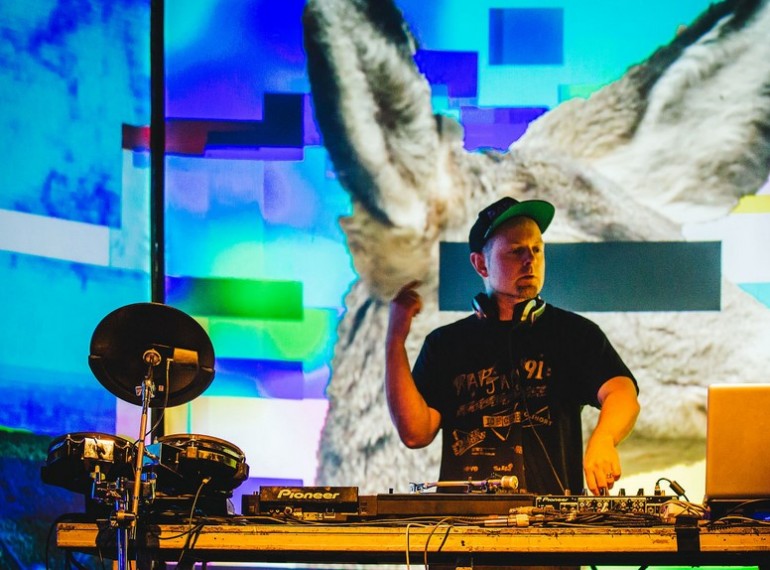 Last but not least, it’s the people themselves who make the SGP as special as it is. The way they dress up in the most fantastical ways and are unapologetically themselves is astounding. The community feel is extended to how people treat each other. Sharing and caring is a priority, be it the unknown person sitting close to you offering to share their glittery face paint or catching a simple smile from the person dancing next to you. Making friends on the campsite or just spreading the love without words while dancing. In general not only staying in your own little group of friends, but meeting others, being open and interacting.

Nobody at SGP will ever judge you – no matter how you dress or dance. There is no violence or rioting whatsoever, people prefer to blow bubbles and paint each other’s faces instead.

Even at the main stage, dancing crowds will let you pass and give you a spot at the front if they see your enthusiasm in the way you dance. It’s all about spreading the joy all around, there are no hard feelings, ever. People of all ages seem to understand the SGP mentality, starting in the kids area. Once you enter the garden, you become a gardener – and it’s your responsibility to share and care. And most of all to be kind and gentle to each other. The people themselves – you, us, everyone – make the festival what it is. Rightly so, you will hear only good things about it from the people who’ve been. 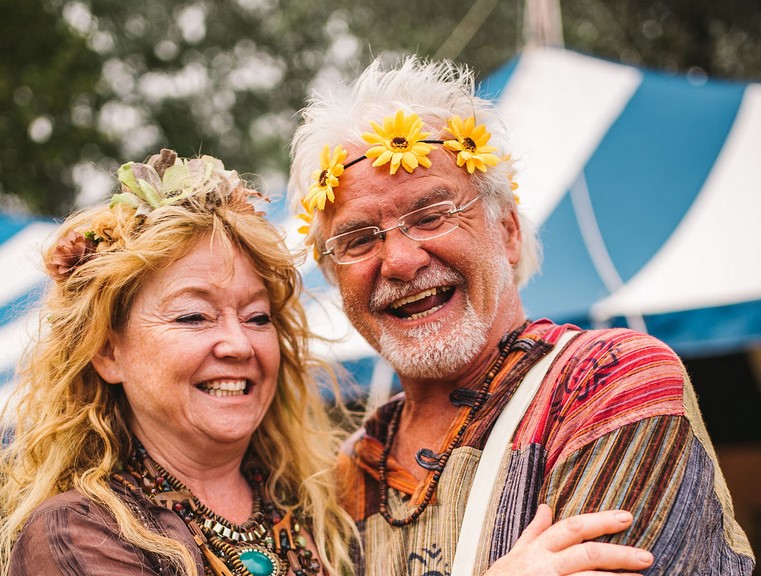 It’s a wonderful experience that everyone should have. Make your next year a greater one by escaping reality for a while and plan your trip to the garden. Become a gardener and after being surrounded by gentle spirits with glittery faces for four days, you might want to return, too. 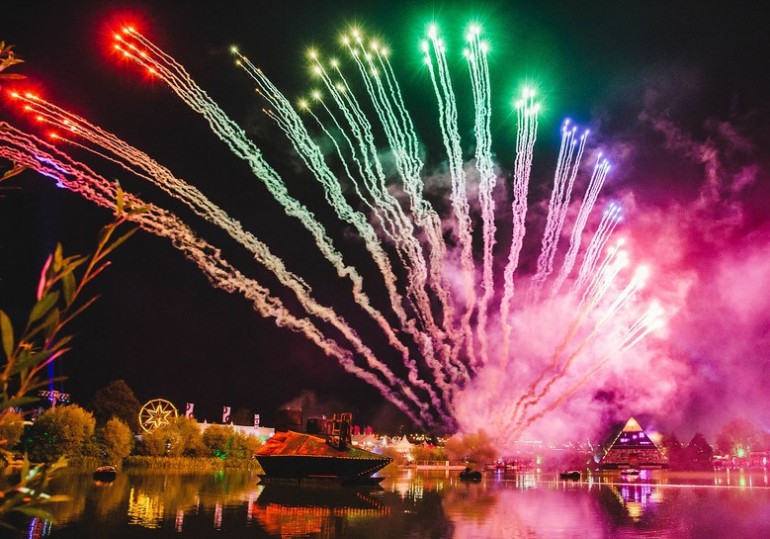