Exploring The Continent’s Hidden Treasures: 12 European Festivals You Should Attend in 2016

Okay, cards on the table. This right now isn’t the brightest moment in Europe’s long history. The refugee crisis is a confession of failure for the ones on a gonvernmental level. The EU is fighting each other, slowly losing its values and partly escaping in weird reactionary movements that seem to throw us back to an age we almost forgot about. And while the politicians tend to close borders the reality of many young and open-minded people all over Europe couldn’t be further away from these gestures.

Young people tear down borders in their mind, embrace different cultures, travel easily from country A to B while staying in Airbnb apartments or attending concerts. The idea of Europe is still sensible in many situations and in the willingness of all those who enjoy cultural events and diversity. The ever buzzing festival scene of the country is another proof for it. Hundreds of European Festivals showcase the variety of the continent on so many different levels. There are, of course always the big ones whether its Glastonbury or Coachella. There’s a selection of the 14 biggest music festivals in 2016 on the blog of private jet charter company Air Charter Service to which NOTHING BUT HOPE AND PASSION also contributed a few ideas and which we can highly recommend.

Aside from those big players and to showcase these pluralistic possibilities we went through most of Europe’s countries and found hidden gems and great festivals who are representative for the exciting cultural life that is still out there. Of course, it’s impossible to list all European Fesitvals here (and if we missed important ones please don’t hesitate to let us know) but here are a few hidden gems you should discover this summer. 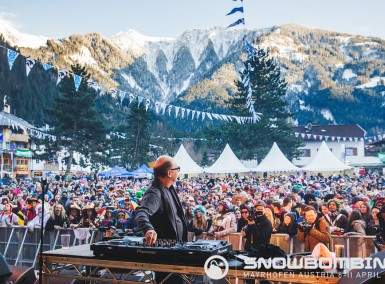 Why to attend? Winter sports during the day, dancefloor activity at night. You can’t say no to that combination. The impressive setting of the Alps welcomes all those of you who’d like to enjoy nature and electronic entertainment simultaneously. Watching the sunset from a mountaintop? Glastonbury can’t do that. FATBOY SLIM is playing inside an igloo, for example. It’s the perfect proof that you don’t always need a beach and summer to enjoy a festival. It’s coming soon so you better get your flights and ticket booked. 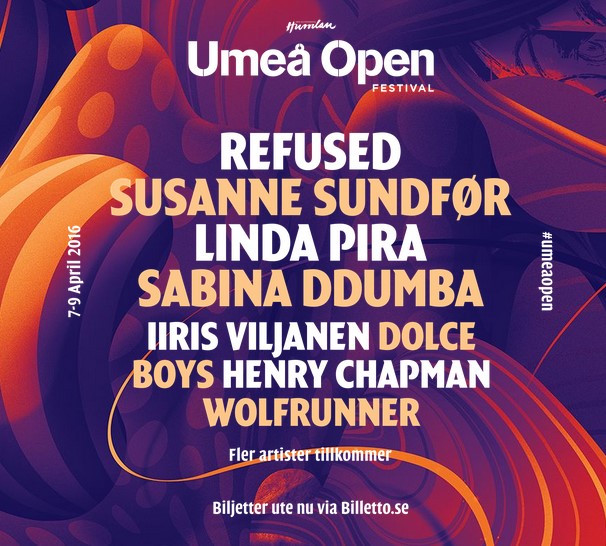 How many people? We actually don’t really know

Why to attend? Sweden is always worth a trip, no matter if its in the summer or winter time. But what about exploring the north of the country during the spring time? Umeå’s acclaimed little city festival is a hidden gem for those of you who’d like to avoid the big crowded major festivals and prefer to discover new bands and upcoming talent on a smaller scale.

And that’s what Umeå Open Festival is all about, aside from a handful of big players: discovering new bands and praising the music itself. It’s coming soon, so better book your flight. 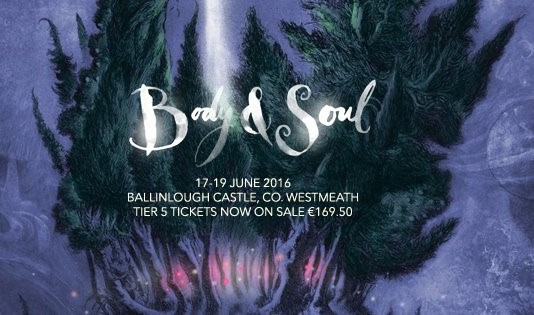 Why to attend? A festival on a castle in Ireland. Seriously, what other arguments do you need? Mark Kozelek? Well, he’ll be there anyway. The established event at Ballinlough Castle combines great musical line-up with an almost magical setting the organizers describe as ‘nocturnal playground for the starry eyed’. The love is pretty much everywhere and you can’t say no to a classy event with a certain magic touch, right? 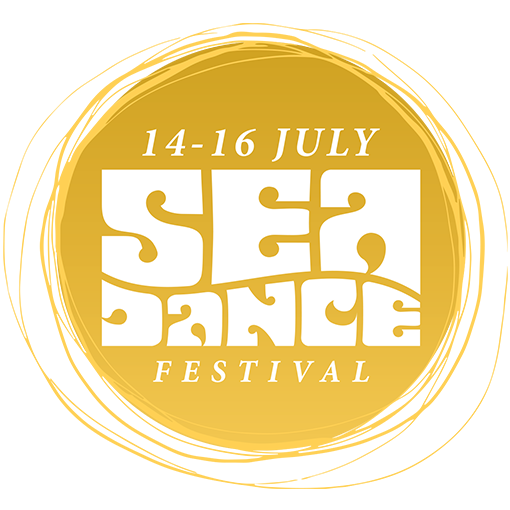 Why to attend? Face it: a party on the beach is always better than a party somewhere else. That might explains the big hype Sea Dance created although being still relatively young. The event established itself as the ‘little brother’ of the partner festival EXIT in Serbia, focussing to create the pure feeling of a beach rave on a much larger scale.

Judging from a lot of visitors and bands who attended the event in the past years it’s a successful mixture that deserves a bit more attention in Western Europe. Fans of electronic music and open air dance events should consider a visit. And if you like to add a bit more musical variety to your trip why not directly book a ticket for the EXIT Festival as well? 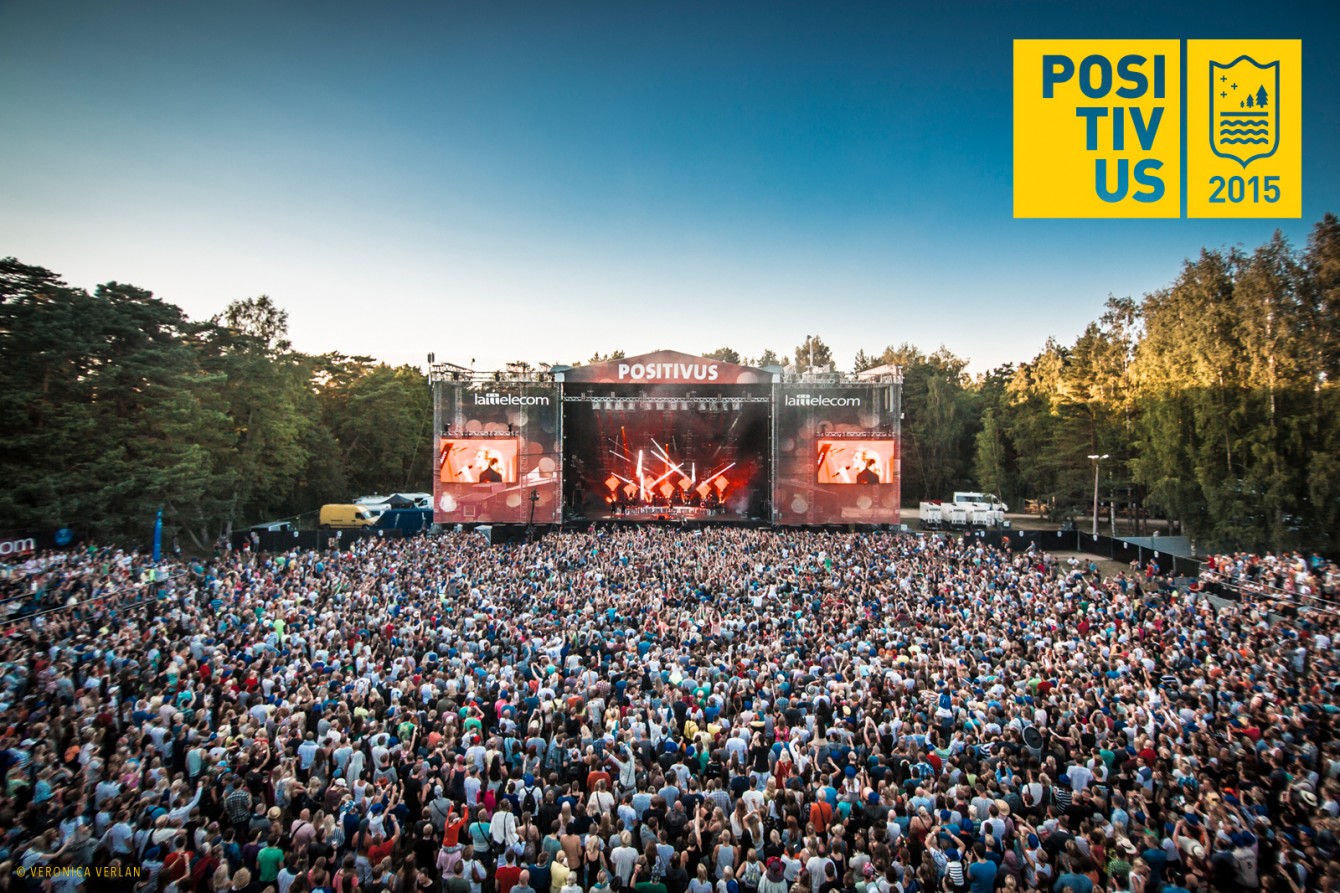 Why to attend? Located nearby the picturesque coastal town of Salacgriva in Latvia, near the Baltic Sea, Positivus Festival has earned itself the reputation of an highly atmospheric event amidst wonderful nature. From the biggest of names in the pop bizz to small and local acts you’ll get a wide array of musical input in a beautiful environment. 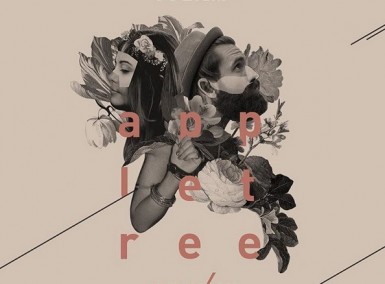 Why to attend? It definitely means something if a festival sells out before a single act is announced. Germany’s Appletree Garden is famous for its cozy atmosphere, love for music and great indie pleasures and the avoidance of all the mass pleasing things major festivals do. It’s the perfect space for nature and music lovers and those who like do discover new bands aside the mainstream. And the landscape on and around the event is truly wonderful as well. 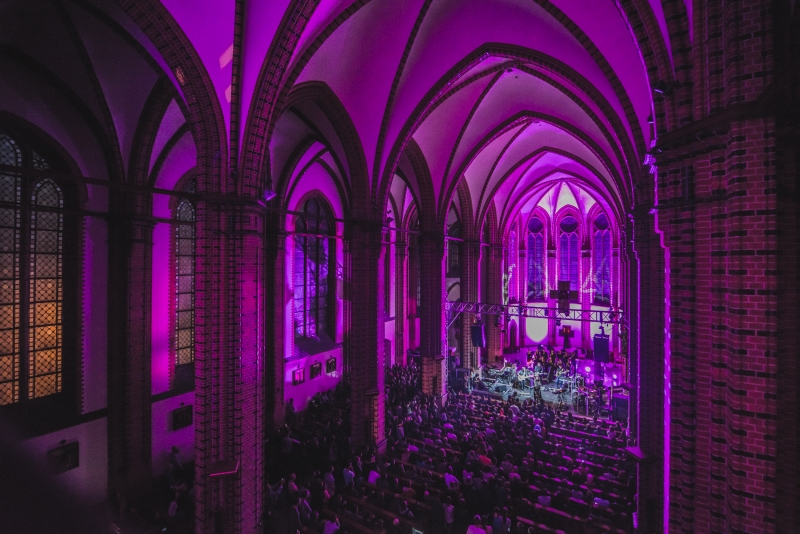 Why to attend? If you are a fan of eclectic electronica, experimental pop and hip hop beats aside off the usual mainstream coverage a trip to Katowice should be mandatory on your festival list this summer. Taste and quality team up with a carefully curated line-up that clearly got its focus on class instead of big names and therefore marks a must-visit tip for all true music lovers this summer. 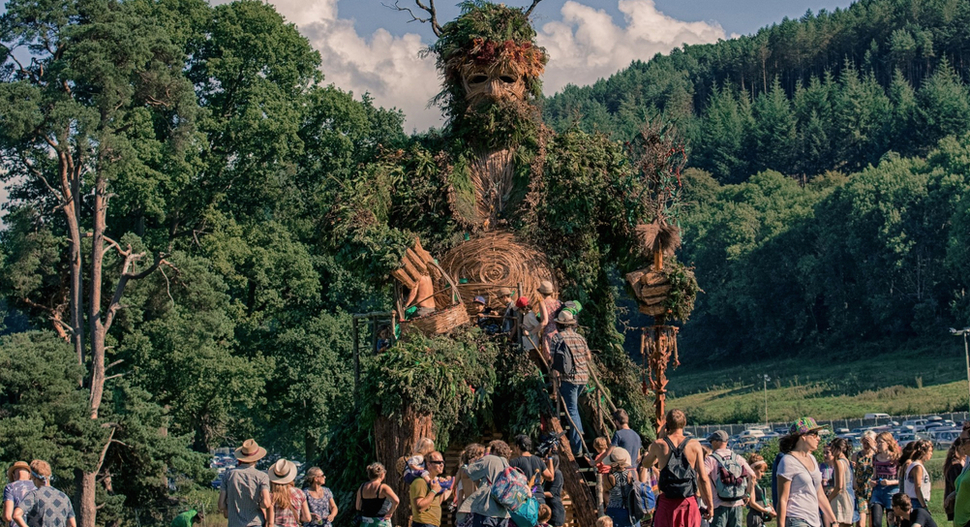 Why to attend? The Welsh Green Man Festival is already slightly beyond being a real insider tip. But the mid-sized event simply has too much to offer to not be mentioned here: A well curated line-up of independent music’s finest, a quite magic visual concept and obivously a really nice atmosphere on and off stages. Go head for Brecon Beacons this summer and meet the infamous Green Man. 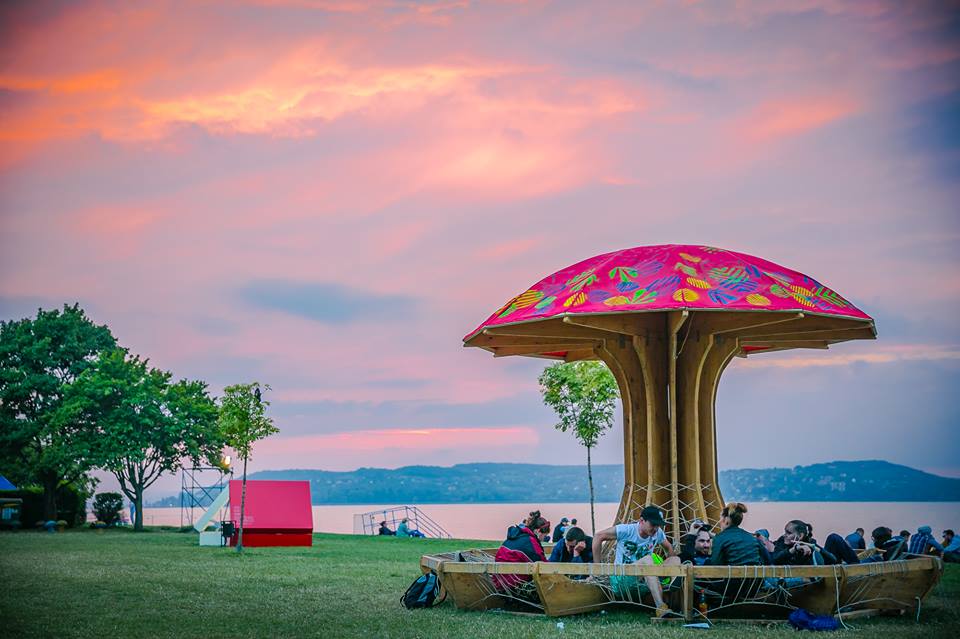 Why to attend? Hungary’s Balaton lake is still one of Europe’s most loved holiday destinations and it’s nice to see that the sweet venue is also more and more used for proper open air events. B.My.Lake is one of Eastern Europe’s most acclaimed festivals and hosts 7 stages for ongoing action during the day and nighttime. The programm delivers delicious picks for all electronic music enthusiasts as well. 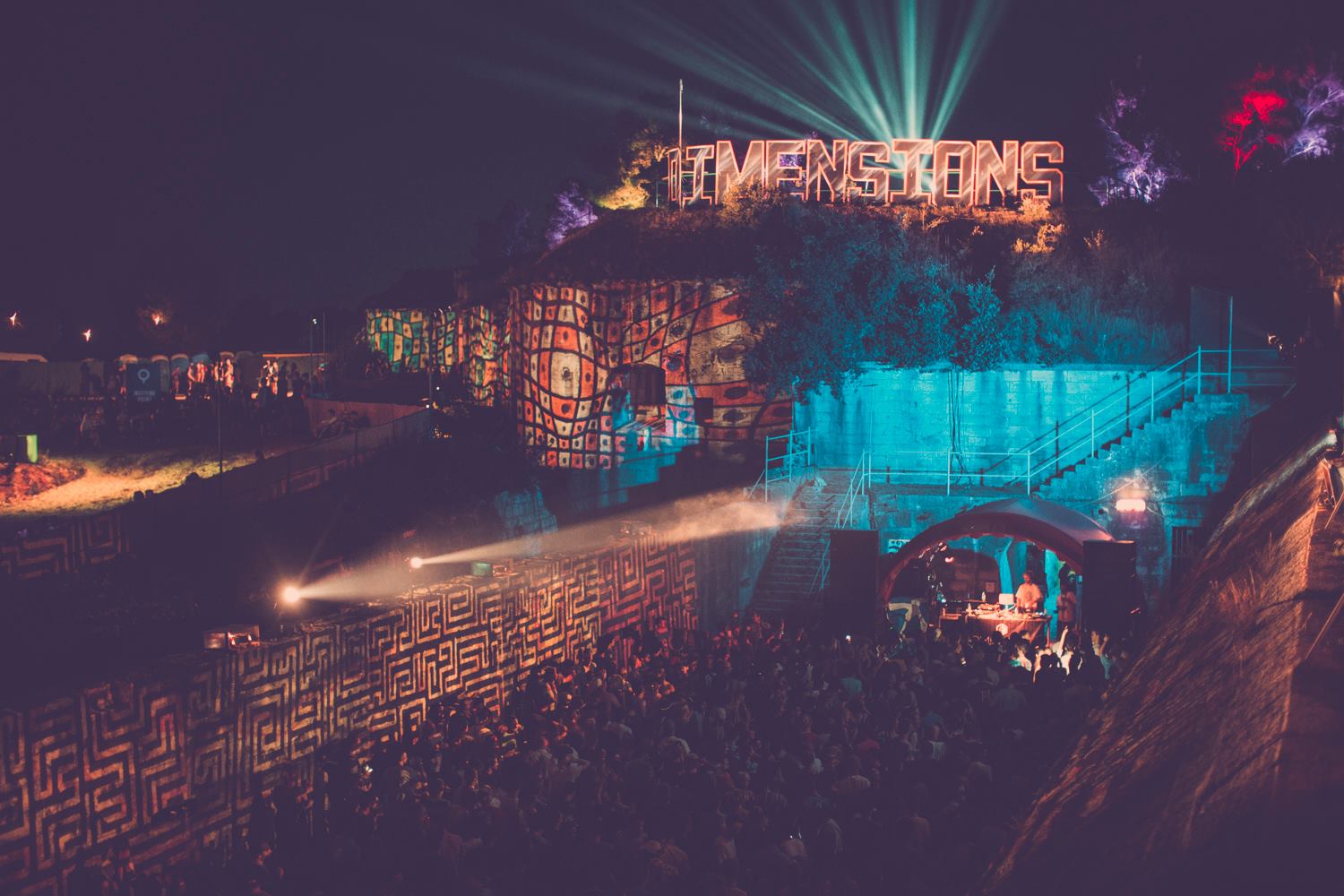 Why to attend? Who says Eastern-European Festivals are all about shiny Beach partys with EDM-driven superstar DJs? Coratia’s Dimensions Festival in Pula has become a steady force for all those who enjoy the deep end of electronica aside of the mainstream. A high end soundsystem, an impressive location and an ongoing program during day and night awaits you. So, yes, technically it’s still a beach party for most of the time but let’s face it: MASSIVE ATTACK aren’t the worst choice to accompany you in this almost tropical setting at night, right?

Netherlands: Into The Great Wide Open 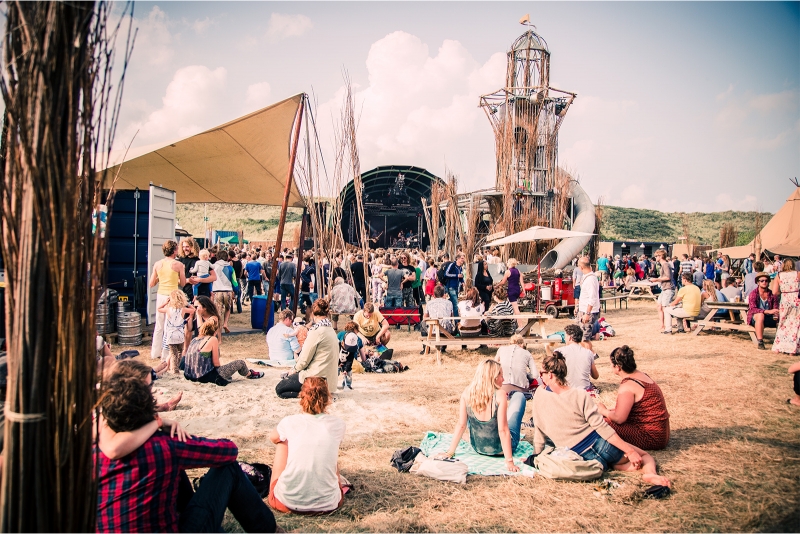 Why to attend? Prepare yourself for an adventure on Vlieland, a small island in the North Sea. And as if the setting itself isn’t tempting enough the beautifully designed festival area might hold another argument besides all the hidden musical treasures you’ll find in this year’s line-up. Just take a look at the 2014 aftermovie to get an impression of what awaits you here. It’s the perfect alternative draft for all beach lovers who’d like to avoid drunken party tourists and bass-driven EDM beats. 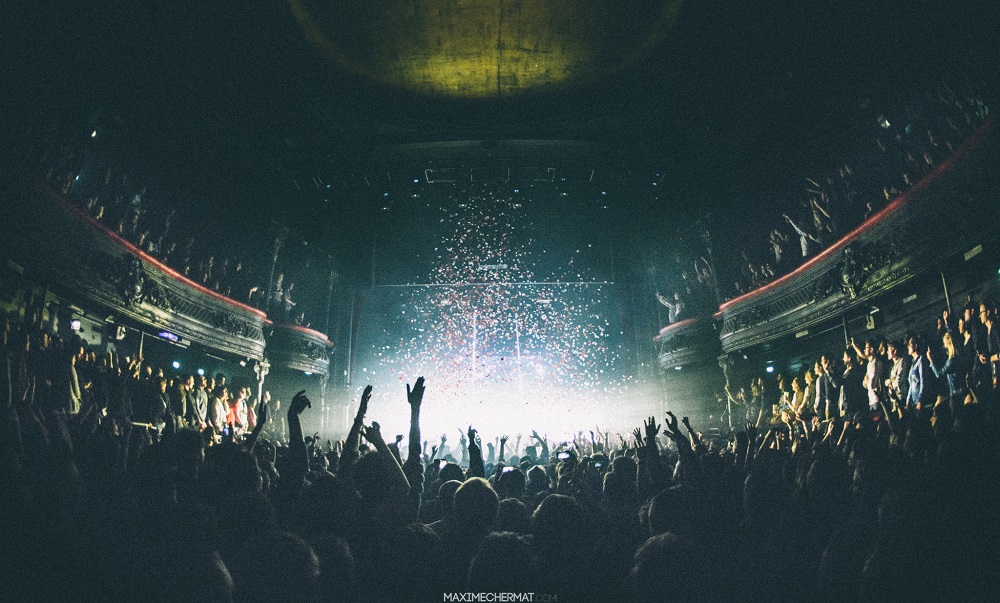 Who’s playing? Nobody confirmed yet

Why to attend? The Rencontre Trans Musicales de Rennes is without any doubt one of the really big names in Europe’s festival landscape. Not because of its sheer size or the amount of big headlining band. First it is important due to its longlasting tradition – 2015’s edition has been the festival’s 37th one – and second because of the spirit behind it. The Trans Musicales is all about spotting hot new artists, early adoption of trends and a lively coexistence of business- and audience-oriented program.

Did we miss anything? Can you recommend us and the NBHAP readers more events and cozy festivals all over Europe? Please let us know via a comment on Facebook.