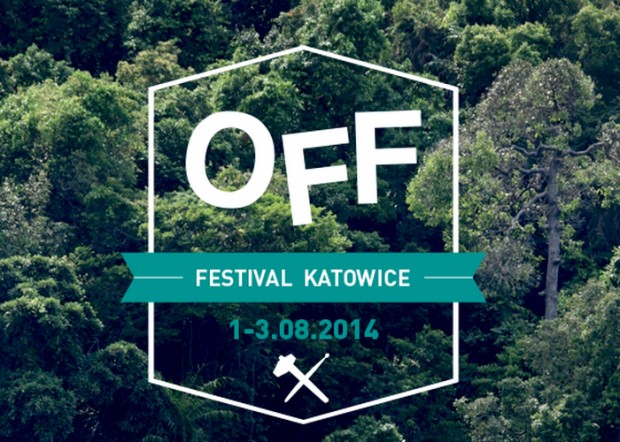 The 2014 instalment of OFF FESTIVAL was an exquisite creature. Nestled in the heart of the Three Ponds Valley and gracing the grassy plains that rim the industrial centre of Katowice, it’s easy to see why punters journey to Silesia year after year to take part. The festival is a well-oiled, stress-free experience – and its slogan, ‘Inspiring Other Festivals Since 2006’, is more than earned. The crowd is small and laid-back. The stages are tightly knitted in, nudging but never disturbing one another. There’s a smorgasbord of food to choose from – from made-with-love falafels to Indian curries to wedges of vegan cake to traditional Polish fare – and the drinking areas are fenced in, which keeps the grounds looking lovely all weekend long. Then, of course, there’s the stellar line-up, which includes a famously eclectic mix of Polish and international acts. All in all, it’s a surefire recipe for magic. 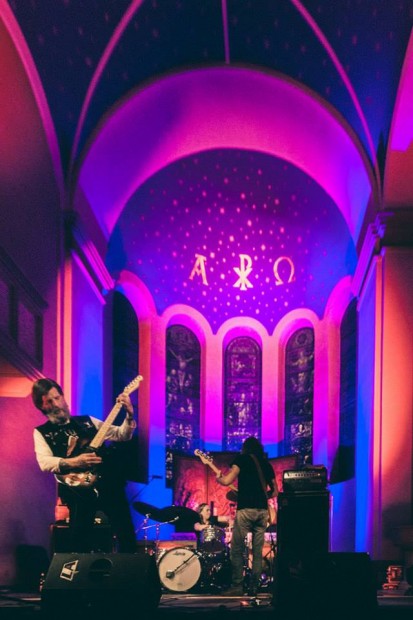 ATP at OFF (Earth)

This year the festival kicked off with a series of pre-party events in Katowice co-curated by the folks of ATP and PRIMAVERA. While DEAN WAREHAM was crooning out GALAXIE 500 numbers on one side of the city, EARTH were holding their own seance in the Parafia Ewangelicko church. Basking in a hedonistic red-and-purple glow, they pushed their wall of sound to the stone beams and stained-glass windows while outside, the clouds lashed down a monsoonal tempest that only amplified the eerie atmosphere. 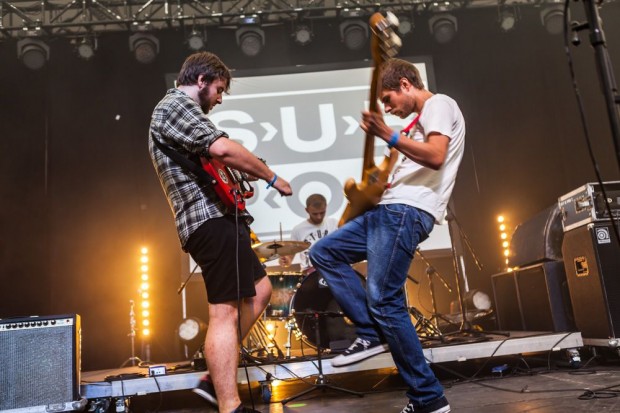 The most powerful message that this year’s festival reinforced is that the Polish music scene is well and truly kicking. KASECIARZ (who we recently featured in our ‘6 Polish Acts Not to Miss at OFF Festival‘‘ piece) saw in the weekend with their East-European brand of LA garage. With feet stomping the wooden floorboards and brows glistening with sweat, the set was full of gusto that kept the crowd in constant motion. Atlanta’s garage monarchy BLACK LIPS belted out a killer performance that spanned their decade-long sonic output, umbrellas popping up and down as the rain teased and tousled our heads.

MICHAEL ROTHER PRESENTS THE MUSIC OF NEU! AND HARMONICA was, without a doubt, a festival highlight. Rother was humble and gently spoken on stage, but played an audial assault of a set. It was loaded, electric, and over like a bullet, the frenetic light show pushing us to euphoria. NEUTRAL MILK HOTEL kept their headline presence unassuming, evoking intimacy by choosing to forego the video screens straddling the stage. Jeff Mangum’s unmistakable, almost-howl of a voice soared as the band traversed the belch-like throes of Fool through to the two-fold King of Carrot Flowers and heywire-static Holland, 1945.

On Saturday, the clouds peeled back and gave us some much-needed space to breathe; BO NINGEN were quick to knock it out again, however. Swathed in folds of billowing satin and with sleek black hair about their waists, they initiated an intergalactic apocalypse that left us wrung for breath.

THE JESUS AND MARY CHAIN took the stage at midnight to play a string of solid renditions that included Just Like Honey, Cracking Up and Blues From a Gun. The hill writhed with shags of hair as the musical clock wound itself back a neat pair of decades, guitars diving to a satisfying screech. After their set we dragged our worn-out bodies back to the hotel and saw in the early morning hours sipping vodka from porcelain mugs, helping the MARY CHAIN to make a dent in their absurdly large rider. 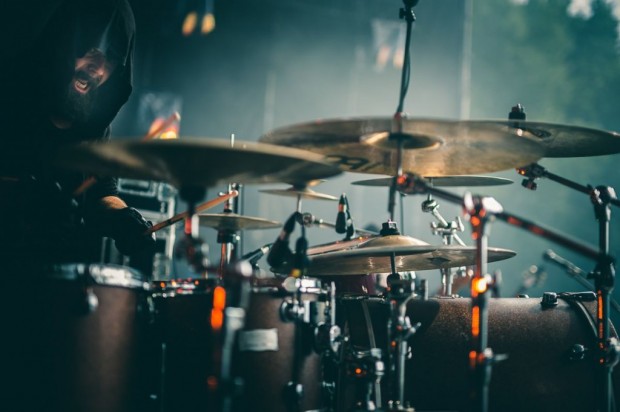 THAW tore the Sunday afternoon sky apart with their earth-shattering metallic onslaught, with PERFECT PUSSY‘s breathless, cathartic panic-attack of a set driving in the battleaxe. As JONATHAN WILSON rolled out a smooth, swaying set laden with Neil Young-tinged rolling blues, the evening sunk back into itself like a deck chair, taking on a considerably different tempo.

As twilight began its descent, the WARSZAWSKA ORKIESTRA ROZRYWKOWA, a collective of Warsaw’s finest instrumentalists, treated us to their interpretation of BECK‘s 2012 sheet music album, Song Reader. Juggling between instruments, the group pulled off acrobatic musical feats that gave a rare glimpse into the American songwriter’s mysterious paper record.

Then, while Tokyo’s all-girl instrumental onslaught NISSENENMONDAI let loose a machine-gun set of hypertension, festival organiser ARTUR ROJEK was weaving together an ethereal landscape of sound from his solo record. His lilting vocals and delicate composition wafted over the treetops as a sea of adoring hands turned themselves toward him like sunflowers. All hats need to be taken off to ROJEK: the creative mind behind the entire weekend, it’s thanks to him that OFF FESTIVAL has blossomed so magnificently. 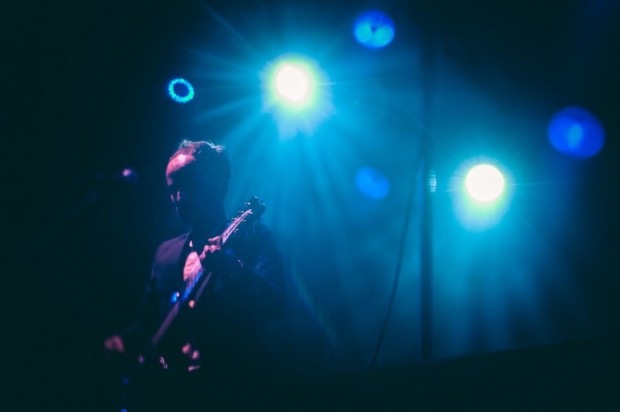 SLOWDIVE, having returned this year for a special string of reunion shows, gathered the largest crowd of the weekend. The pace settled to a slow, writhing lull as they moved their way through a nostalgic set that included Alison, 40 Days and the bone-shattering galactic swerve of Souvlaki Space Station. They were followed by FUCK BUTTONS, who firmly flicked the dance switch with their epileptic electronic duel.

Meanwhile, in a strange white shell of a tent tucked away beside the trees, vinyl-spinner and New York Night Train conductor JONATHAN TOUBIN was creating a bubble of magic. Shirts were torn off, tequila was exchanged behind the decks, and limbs were thrown about with teenage abandon. All the while, his fingers shuffled through reams of seven inches, pulling out shard after shard of sonic candy. As the tent filled to capacity and his set approached a close, a rabid crowd begged for one more tune, and then one more, with TOUBIN eventually receiving permission to play an extra fourty minutes, to the delighted throes of the audience. 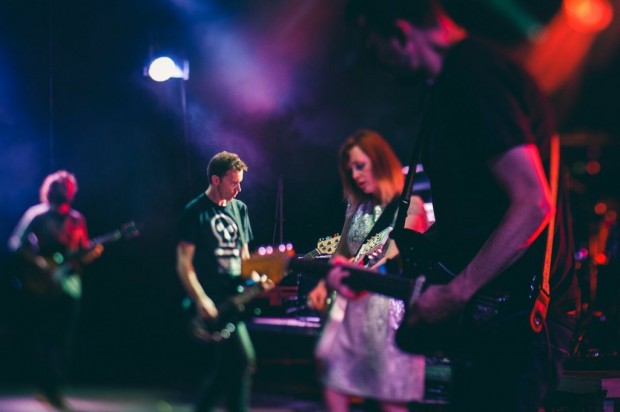 The night quickly dove into delicious chaos; BELLE AND SEBASTIAN sweetening the morning hours with their pop aesthetic. Much to our dismay, however, the musical feast was approaching its necessary end. On Monday morning, as the ocean of campers slowly detangled their tents and vacated the fields, a sense of mild sorrow settled upon the grass. This year’s edition of OFF FESTIVAL was a truly magical escapade; one that will be carried around in pockets Europe-over for the rest of the year, like a small Silesian gem. 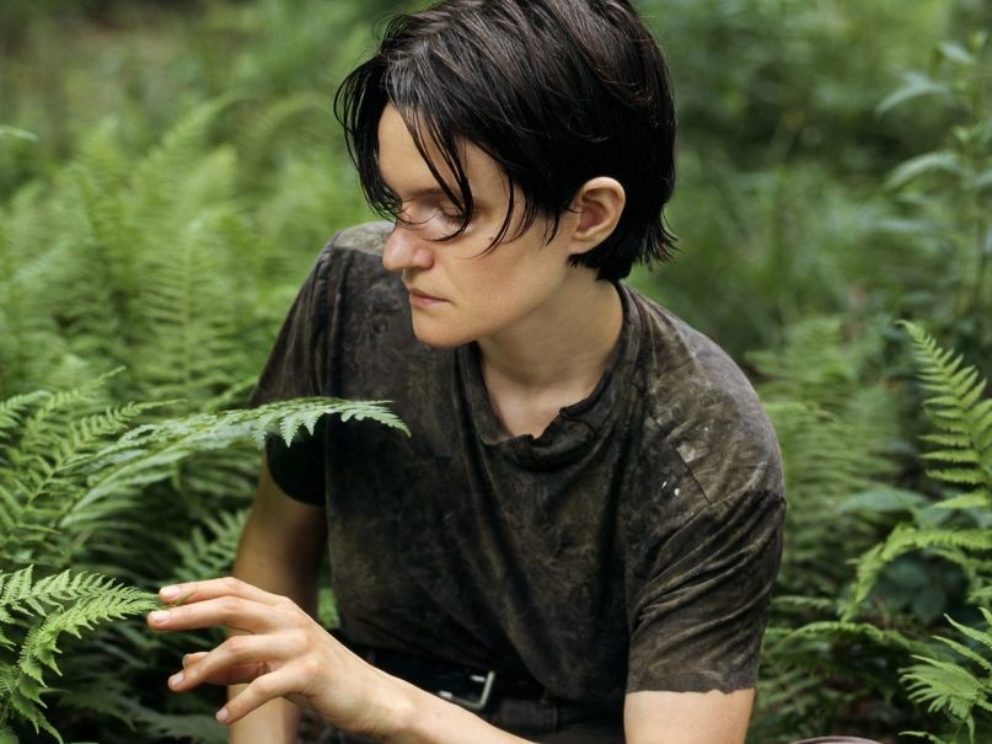