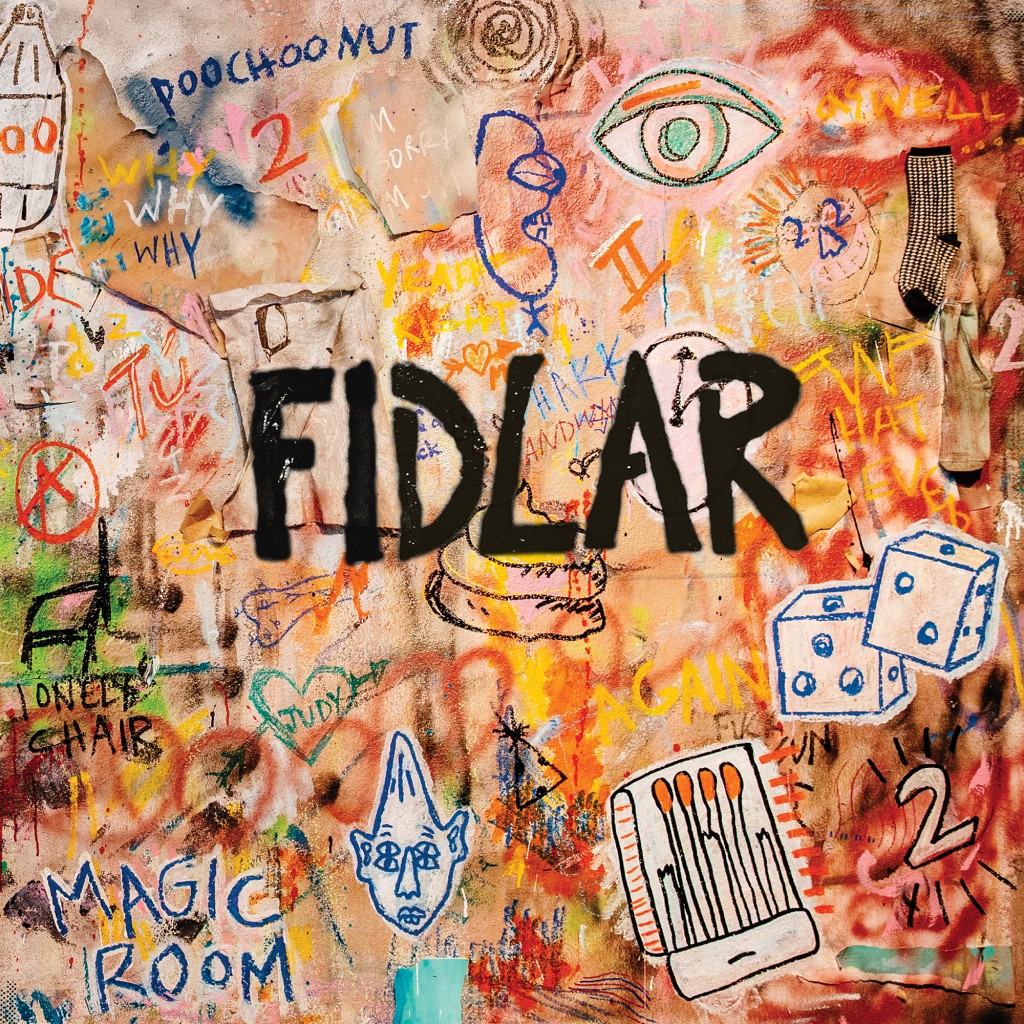 FIDLAR’s self-titled debut album clearly wasn’t a musical masterpiece when it came out in 2013, but that wasn’t earth-shattering news since we pretty much knew what to expect after hearing first cuts from the band’s debut and a non-album track Awwkwaarrrddd which featured KATE NAHS’s vocals. The surprising thing was FIDLAR’s achievement to hook the people with their simple lyrics (too simple for some) and loud sound (again, too loud for some). Los Angeles-based band’s inspirations were alcohol, drugs, friendship and some other drugs. They even have a song about drummer Max Kuehn’s balance problems called Max Can’t Surf. These kind of ordinary topics appeal to young people and this was the reason of FIDLAR’s success. And just by looking at the tracklist of FIDLAR’s sophomore effort, Too, it is safe to say that FIDLAR have no intention to abandon their immoral roots.

First track 40oz. On Repeat was released as the lead single back in June and lyrics-wise, FIDLAR follows a familiar path as Zac Carper chants ‘I don’t care at all, I’ll drink some alcohol, it’ll make me who I really want to be, but I’m that kind of special person that drinks too much ’cause nobody understands me.’ Why Generation is one of the radio-friendly songs but it lacks the FIDLAR’s punk attitude. Some of the songs like West Coast and Sober end with snippets that supposed sound like they are from the recording process but they surely sound like produced outros. FIDLAR never were wordsmiths but Sober’s lyrics set a new low for the band as Carper screams ‘but what about me? I’m a fucking princess too, so treat me like one.’ At this point, it feels like FIDLAR are embracing their own nonsense lyrics and making fun of it.

Too was recorded over the span of just two weeks and produced by Jay Joyce. This is the first time FIDLAR worked with a producer and the difference is obvious. Especially the new versions of two previously released songs, Punks (originally released as The Punks Are Finally Taking Acid in 2012) and West Coast, sound more radio-friendly (minus the swearing, of course). Album’s last song Bad Habits is a mid-tempo track that kind of resembles the debut album’s bonus track Awkward. Although the lyrics are familiar, FIDLAR’s sound is a lot different with the additions of new instruments like acoustic guitars and synthesizer. Self-titled debut was a fun listen and Too still features some fun and catchy tunes similar to those but overall, this is like a poor replica of the debut record.

It seems that FIDLAR wanted to try new things with their second record TOO but this different approach does not look like it worked in favour of them.