10 Forgotten Indie-Bands of the Mid 00s 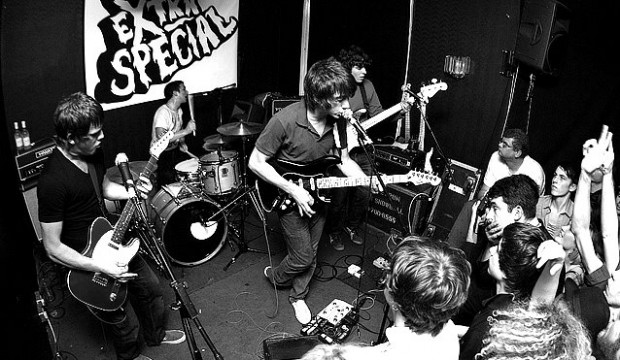 The ARCTIC MONKEYS live back in 2006.
Clearly, they aren’t forgotten, other competitors are

Those were the days. Well, the question is – do you remember them? The special time between 2004 and 2007 when indie-rock exploded all over the globe, but especially in Great Britain. With all these young an exciting bands full of adolescent wilderness and grooving rock tunes. Recently NOTHING BUT HOPE AND PASSION celebrated the 10th anniversary of the FRANZ FERDINAND debut album. It was – in some way – one of the key sparks that ignited the fire back then. And with the fire came a lot fantastic bands that entertained us over the years and some are – partly – still doing it.

But it wasn’t just about FOALS, BLOC PARTY or MAXIMO PARK. This special period of time brought us many different variations of the good-old fashioned garage rock band. Tight jeans, skinny shirts, dishevelled hair – plenty of groups that were temporarily hot and hyped but pretty soon already gone. Like FRANZ FERDINAND sang: ‘This Fire Is Out Of Control…’

NOTHING BUT HOPE AND PASSION takes this anniversary as a chance to look back on ten of these (almost) forgotten indie-rock bands of that time. Bands that left quicker than they came. Or others who are sill active in some form. Re-Discover them on the next pages.