Oh, those bloody Germans. Yes, friends and followers. NOTHING BUT HOPE AND PASSION continues to explore the surprisingly diversified musical landscape of the German-speaking countries after already delivering you a successful first part back in November. And once again we use the home field advantage of our basis in Germany to take a closer look on up and coming bands that currently deserve to get your attention. These artists are clever, talented and definitely don’t need you to be fluent in the difficult German language to get their idea. Partly noisy, partly abstract but also quite catchy and entertaining. These 10 up and coming acts are the musical proof that you don’t need to be ashamed to use the German language in a pop musical context in the year 2015.

What the name means: It’s a name, honoring legendary Viennese prostitute Wanda Kuchwalek.
Where they come from: Vienna
What it sounds like: As if Austrian pop legend Falco is heading into the direction of OASIS or THE SMITHS.
What it’s all about: Booze, broken hearts, death wishes and weltschmerz in all its glory. With that explosive mixture and the catchy songs of their 2014 debut Amore these four Austrian lads are currently conquering Germany in the most furious way. They are literally playing everywhere until they might fall of the stage. We already witnessed it earlier this year and the waves of euphoria just continue. Songs that are far too catchy to not sing along and frontman Marco Wanda acting as the reincarnation of Jim Morrison. There’s something frumpy and old-fashioned with these guys that everybody falls in love with. Life’s not about hashtags and iPhones but about stumbling around drunken through the streets while crying for the girl that chose Thomas over you. Life is Amore, WANDA is Amore. Their second album arrives this fall, most likely becoming their very own (What’s The Story) Morning Glory?

What the name means: Well, it’s his name.
Where they come from: Berlin-Köpenick (he’s a proud inhabitant of that specific district)
What it sounds like: A nicer and less stoned German version of SNOOP DOGG.
What it’s all about: That’s actually a question a lot of people are asking these days. This man suddenly appeared out of nowhere, delivering a track about the beauty of attaching the patches on his metal jacket. ROMANO who once played in the metal band himself in the 1990s is a cult figure in Berlin’s local music scene and is now – in his early 40s – aiming for a bigger audience. His rap is smooth and relaxed and he represents the image of the friendly metalhead more than the one of a tight gangster rapper. He’s funny, entertaining and the beats of his tunes are produced by old friend SIRIUSMO. If you’re a metal fan as well you’ll recognize a few of the name droppings in the clip below.

What the name means: Human is self-explanatory and Abfall translates as waste or disposal.
Where they come from: Stuttgart
What it sounds like: Imagine someone trying to cover JOY DIVISION or SONIC YOUTH with a drilling machine, yelling out his frustration about failing to do so.
What it’s all about: Similar to bands like DIE NERVEN, MESSER or TRÜMMER, this seems to be about a general sense of dissatisfaction. But compared to them, HUMAN ABFALL push things a little further. Drowned in a nerve-twisting post punk/noise-mixture, singer Flavio Bacon sprawls out his repetitive one-liners in the fashion of theatrical avantgarde. His lyrics might seem a little dada but they’re deeply rooted in everyday life’s madness. Phoney people, horrible jobs, hollow phrases filling the airwaves of daily communication – those are presented in a way that’s nearly scary, especially when experienced live. While the band keeps on changing instruments all through the set, there’s this guy in front, standing still and erupting all of a sudden while he puts on a face of a person that’s close to snap. Seriously, you’ve rarely seen a face so full of disgust in a live show. HUMAN ABFALL are the trapdoor to happy clappy.

What the name means: Success
Where they come from: Berlin
What it sounds like: Like a weird German version of minimalistic gospel pop with a slice of cryptic social criticism.
What it’s all about: The name says it all here: Success! Meaning of course the more abysmal and strange sides to our success-addicted society. ERFOLG is the project of Johannes von Weizsäcker (a grandnephew of the former German president Richard von Weizsäcker) and in it he combines catchy, minimalistic indie pop tunes with a choir and funny but pretty clever lyrics about Berlin hipsters (Brillenmann) or other strange male stereotypes like Mausmann, Fachmann or Klaviermann. Thus, ERFOLG stands in the long tradition of German discourse pop but gives it a nice and catchy spin.

What the name means: You get that, right?
Where they come from: Berlin, obviously
What it sounds like: Teen angst in the year of 2015, hold together by a rough post-punk construct.
What it’s all about: For those who are afraid that the younger generation lost interest in meaningful music… there’s hope. Well, at least in the form of these guys. The music of ISOLATION BERLIN is far from being hopeful. There songs are desperate and dark anthems on the daily and hopeless life of the big city. Songs about and against gentrification, the decline of urban culture and the hopelessness of pretty much everything. We haven’t figured out yet whether they actually love or hate the German capital but the songs of their first EP Körper are just too brilliant to not give them a bit spotlight. Big city life is a bitch and ISOLATION BERLIN wrote her a couple of bittersweet love songs. The debut album is expected to be released this fall.

What the name means: The ‘masculine’ should be clear, ‘Zugezogen’ means that you just moved to a certain place.
Where they come from: Berlin
What it sounds like: Germany’s two-men answer to KENDRICK LAMAR.
What it’s all about: There’s a hype going around in Germany called ‘Zeckenrap.’ Still, we won’t bother you with a detailed explanation of this term. Let’s just say that German rap finally decided to allow itself a more political outfit. Left-winged rap collectives like ANTILOPEN GANG and ZUGEZOGEN MASKULIN transport the old punk spirit into the year 2015, delivering brave and controversial lyrics that fight the conservative and nationalist forces that are unfortunately also rising up in Germany at the moment. Their raps are angry but also quite creative when it comes to words and abstract metaphors.

What the name means: It’s short for Love Academy and well, you get that.
Where they come from: Trier in Rhineland-Palatinate
What it sounds like: Straight to the heart indie punk, nicely produced, played with passion and a strong belief in DIY.
What it’s all about: A not too complicated sounding, true and honest attempt to create catchy and thoughtful rock music with a little punk spirit in it. It’s not too destructive, nor is it too harmless – it’s a pretty unique voice in Germany’s indie rock scene at the moment. LOVE A are very emotional and serious about what they’re doing and a band is a good band if they’re able to catch that notion. Besides, sometimes we’re all in need of lines like these: Burn down everything, fuck the system, right?

What the name means: It’s a combination of the band’s family names… Christopher Annen, Henning May, Severin Kantereit
Where they come from: Cologne
What it sounds like: As if MUMFORD & SONS and COLDPLAY would have a proper blues vibe.
What it’s all about: Although these guys are still in their early twenties and haven’t released that much music there is a certain buzz around ANNENMAYKANTEREIT you can’t deny in Germany. It’s pretty much impossible to find a festival this summer where these guys are not playing. It’s the traditional way of playing your way up to a constantly growing amount of fans. Besides being a pretty good live band the honesty of the band’s lyrics marks one of the key elements in the emotional connection between audience and band. But most of it it’s the voice of Henning May which doesn’t sound like it comes from a young boy in his twenties. It’s a dirty and deep blues vocal that sounds like it suffered from a long lasting love for whiskey and cigarettes. It’s the important element that makes the difference and gives these guys the edginess which easily attracts the masses.

What the name means: It’s a reference to a plant that’s used to gain a sort of wax. It’s used in the cosmetic and food industry.
Where they come from: Munich
What it sounds like: Like a rough and pure version of good old indie rock: Melodious but always a little out of it. Again, there’s a certain SONIC YOUTH vibe about it.
What it’s all about: Basically a clever, challenging way to create substantial pop music. candelilla are four women who are working with the good old FALCO way of mixing up English and German phrases but they put it in Riot Grrrl-context. They’ve existed for a long time now (founded 2001) but lately began to picking up speed with their 2009s ReasonReasonReasonReason and 2013s Heart Mutter. They’ve also been part of the infamous Keine Bewegung (No Movement) sampler that gathered a lot of bands we introduced you to in this little series.

What the name means: It’s the artist’s made up name.
Where he comes from: The road.
What it sounds like: Like DYLAN doing introverted champer pop.
What it’s all about: HANS UNSTERN is all about HANS UNSTERN and not a single bit about HANS UNSTERN. What sounds like a paradox probably nails it. The gentleman travelled as a street musician through Europe and ultimately landed on JA, PANIK‘s Nein, Gelassenheit label. From there on he developed a unique artistic approach in Germany’s singer/songwriter caste. He deals with gender questions as much as he does with identity, places, love and the strange thing called himself. But apart from his music you can’t get hold of him. He rarely gives interviews and created a whole publicity stunt around his latest record The Great Hans Unstern Swindle in which he tried to make disappear from the usual PR-cycle completely. His music uses various experimental instrumentations but also classical folk elements like the harmonica. His voice is definitely something you have to get used to but it’s a unique and in his best moments beautiful one. 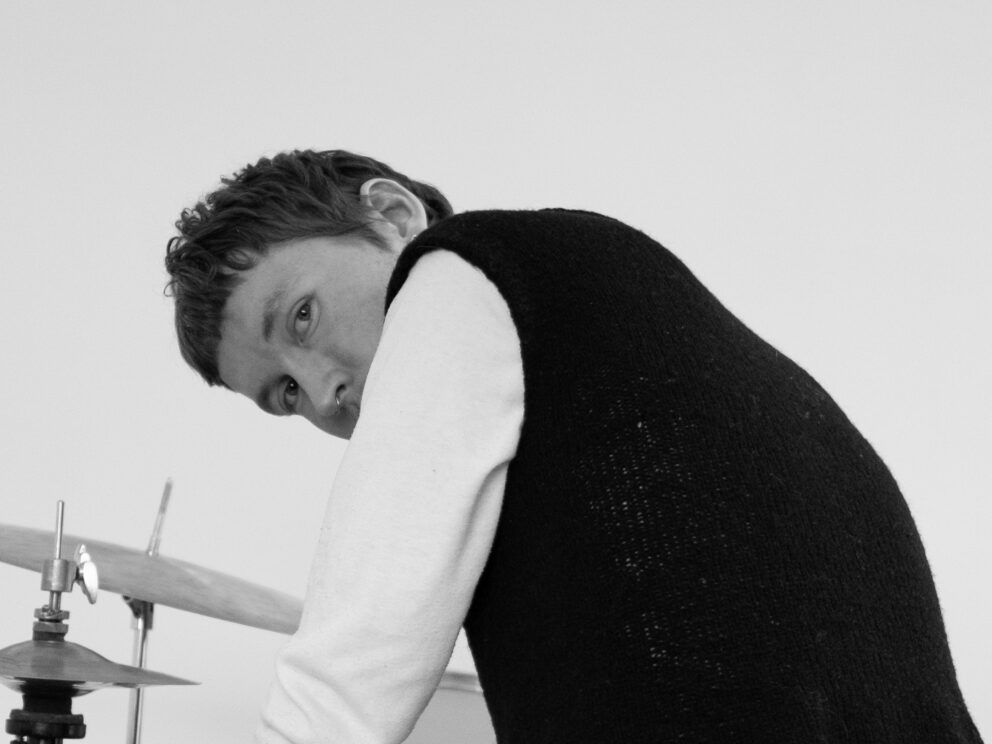 Bubbling, hypermodern production paired with razorblade emotional edge is what you can expect from "WKM", the new single from Denmark's J. Ludvig III. Catch it now in our newcomer playlist along with songs from Anaïs, Bad Idea, Kindsight, Mystic Peach and others. 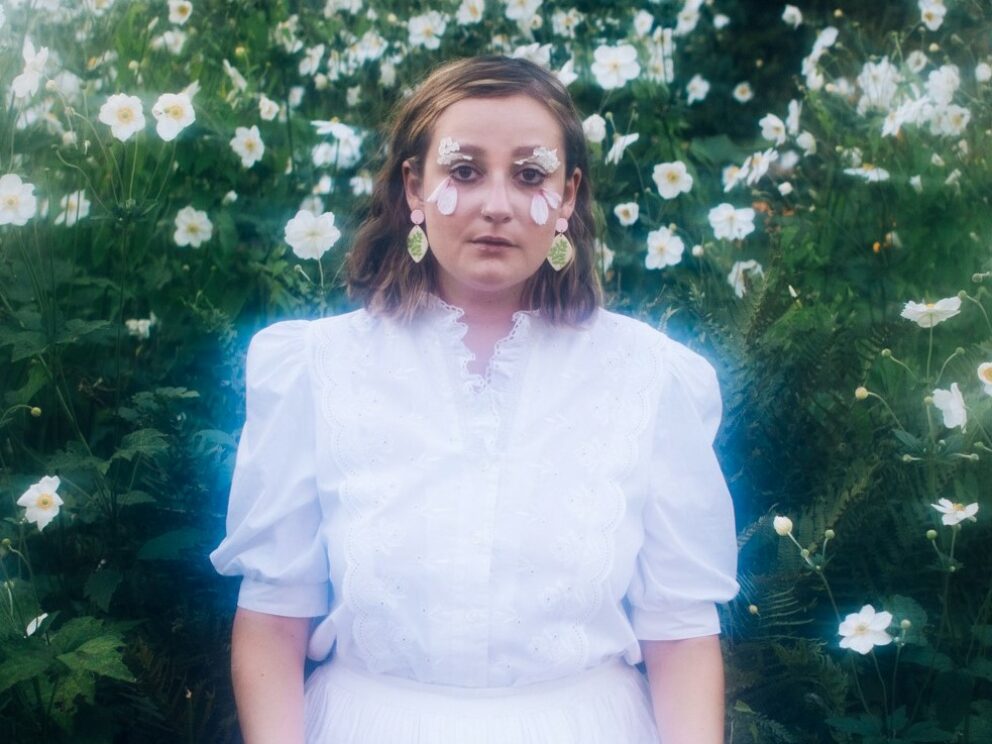 The songwriter continues to tease her debut EP with a sweet new single called "Pink" which is now leading our newcomer playlist, along with fresh songs by Minoa, Crake, The Myterines, Deep Tan and others.