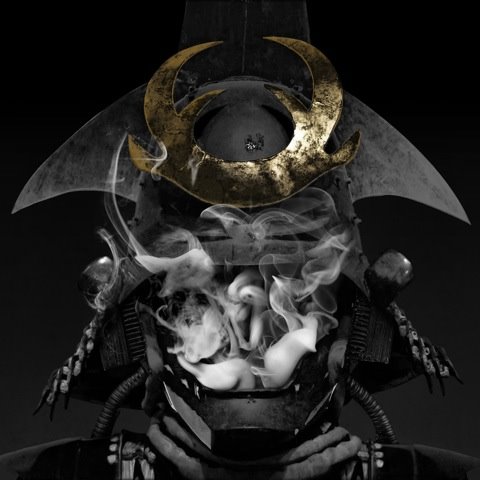 Somehow something must have gone lost in translation somewhere on the way. When SKRILLEX, BASSNECTAR and a few others started the hype about bass-dropping, acid-dripping electronic rave anthems a while ago it was pretty soon labeled ‘dubstep.’ And somehow it still is although it’s way closer to the electronic sub genre that is widely known as ‘glitch’. And Californian trio THE GLITCH MOB are masters on that territory. Glitch likes to define itself as the ‘aesthetic of failure’, filled with plenty of strange cuts, spontaneous breaks and cheesy electronic elements. A bit like video game music, if that helps you classifying it.

THE GLITCH MOB know how the game works. They previously big players like THE PRODIGY, DAFT PUNK and TV ON THE RADIO. Love Death Immortality marks the sophomore full album of the trio, following 2010’s Drink The Sea. Once again the group combines their glossy electronic madness with various ideas, resulting in decent pop material as well as in stunning bangers. The beats are hard, the kick drum is heavy and the bass lines are dirty monsters that crawl underneath your skin and shook you out from the inside. Love Death Immortality is a wild and fury party record. One that makes you want to raise your fist in the air and dive deeply into the mosh pit.

What really fascinates about the new GLITCH MOB record is the fact that these guys won’t allow us any break. Right from the bouncing opener Mind Of A Beast they kick us right into the stomach with heavy build ups, over the trop production and hard beats. Skullclub is a perfect example for the trio’s four-to-the-floor madness. What a blast. Though it’s often a madhouse in here, THE GLITCH MOB aren’t afraid of setting well placed moments of calm within the record. The hypnotic Becoming Harmonious featuring METAL MOTHER is exactly such a track. Perfect moment to breath a little before Can’t Kill Us hits us even harder and brings us back into the middle of the mosh pit.

From catchy pop moments like I Need My Memory Back (featuring vocals of NICO VEGA’s Aja Volkman) to crazy rave monsters like Carry The Sun – THE GLITCH MOB bend the boundaries of ‘glitch’ to a maximum, letting their shiny synthesizer craziness exploring all different kinds of playgrounds. But of course, this is definitely not a record for fans of gentle minimalistic electronic. It’s a record to break out, to let yourself go, to celebrate the freak in you. No matter if you wait for the bass drop or not.