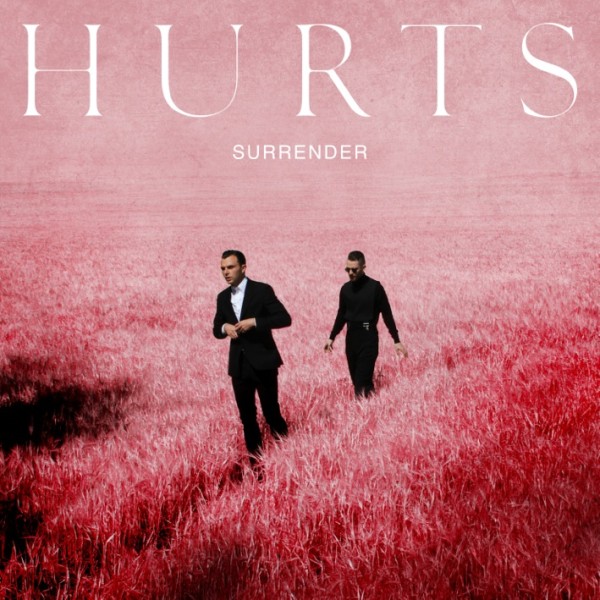 The duo is a well-known story teller, and while tracks like Nothing Will Be Bigger Than Us or Wings represent harmonic pieces about love and safety, with the duo’s typical epic synths, a lyrical highlight is definitely Rolling Stone. The catchy and dramatic tune has been already released as a pre-single and follows the band’s string of cruel life tales (similar to their first ever single and breakthrough Wonderful Life). A lost girl hoping for remedy.

HURTS are not shy when it comes to mixing things up. Listening through the playlist of Surrender is a roller coaster of genres. While Why captures the edgy sound of a pop-rock classic, Lights takes us back on a dancefloor in the mid-80’s wave, similar to Kaleidoscope, the second disco-orientated piece. The mix of sounds is interesting at first sight, but after reaching Weight Of The World the album gets to messy and even too concentrated on airplay music. The track mixes electro-elements with a light dub-step-tendency, which really is nothing special anymore since acts like CALVIN HARRIS or AVICII have been playing with those styles for some time now (surely too many times for some of us).

Of course it is hard to stay true to an own style, trying to keep up with the flow in the same time, especially when it comes to the big pop genre. Surrender has its moments and that is a valuable aspect. Just add Wish and Policewoman to the duo’s list of deeper, more tragic tracks of the album and fans, as well as belovers of dramatic synth ballads will be satisfied. All in all, the album is more pop than its predecessors. You decide if it is a good thing or not.

Surrender is a fine compilation of drama-filled tracks, packed with an usual standard of catchy choruses and hooks. If they had just stayed more in their older form, more mysterious, less disco, chapter three of HURTS‘ musical tale could be more than another pop record.