Impressions from this Year’s c/o pop Festival in Cologne

The last week of August saw us heading to Cologne in order to visit the c/o pop Festival. From Wednesday to Saturday we attended numerous gigs in various locations, workshops, and (pre-listening) parties. Whereas earlier this year some German festivals suffered from bad weather, it looked like the whole city was shining bright in yellow, reminding us of the flamboyant c/o pop posters all around town, as summer was in full swing. Indeed, c/o pop turned out to be a sweaty affair this year.

There are many reasons that made us fall in love with the pretty Cologne-based festival. First, all events took place in the heart of the city in traditional as well as rather unusual venues. Quite surprisingly, walking around town gave us the impression that c/o pop truly fuses with its hosting city, forming an inseparable unit – at least for a couple of days. Although being a large-scale event, the festival felt more like an intimate event, neatly arranged, a place for aficionados of current indie music. It seemed rather natural that you would catch sight of smaller groups of people passing by, going from one gig to another. And so we gathered with another 50 people outside in a small backyard to watch an intense and astonishing office performance by German indie three-piece WYOMING. Strawberries were lying down on the windowsill, but nobody would dare touching them as everyone was fascinated by the singer’s extraordinary body movements. Only a few metres away from the office we found ourselves in a bicycle shop together with members of WOMAN, XUL ZOLAR, and SPARKLES, watching another performance by DER RINGER in high definition. Some of Cologne’s musicians were not only performing, but also attending c/o pop.

More traditional concerts included French duo AaRON bringing their elegant electronic pop music to Stadtgarten, JAKE BUGG playing a smart acoustic set in a far too big but nonetheless beautiful setting (Philharmonie), and US boys LOCAL NATIVES presenting some new and positively anthemic songs off their forthcoming record Sunlit Youth. Australian duo HUSKY who supported AaRON on the opening night quite positively turned out to be one of the surprising highlights as their sweet alternative folk songs managed to fascinate a great part of the audience. Nonetheless, c/o pop culminated Saturday night with consecutive performances of GIANT ROOKS (winning best newcomer at Pop NRW), VIMES, and COMA (winning outstanding artist at Pop NRW). That night, you got all you might ever want from a diverse festival: catchy indie pop, a sweaty rave experience, and smart electronic music. Moreover, c/o pop once again invited promising bands from Denmark (SPOT On Denmark) and the Netherlands (Dutch Impact) to play at Artheather and Stadgarten and therefore provided enough space to also make it possible to discover new acts like the clearly talented and sublime electronic collective LOWLY and noisy post punk band RATS ON RAFTS . Apart from watching established and new artists play remarkable concerts, we attended a fun bus ride organised by Caroline International who played the new GLASS ANIMALS record How to be a Human Being. The bus was fully crowded for two rides and the event proved that in times where almost all promotion is done on the internet people clearly enjoy to participate in offline events. Drinks were for free, some Polish folks shared some snacks and everyone was having a good time while the bus was driving along the road next to the glittering Rhine. Finally, c/o pop topped it all off with creative parties and interesting workshops for young musicians. While on early Saturday you could catch and ask for several tips on how to be more effective in booking gigs, each and everyone seemed to meet again during night when 30 DJs each were playing three songs, presenting 90 different songs as a whole.

c/o pop in 2016 cleverly combined different kind of events and successfully integrated it all in the city life of Cologne. Therefore, the c/o pop Festival has been an enrichment – not only for its visitors, but also for the city itself. Some impressions can be found below. 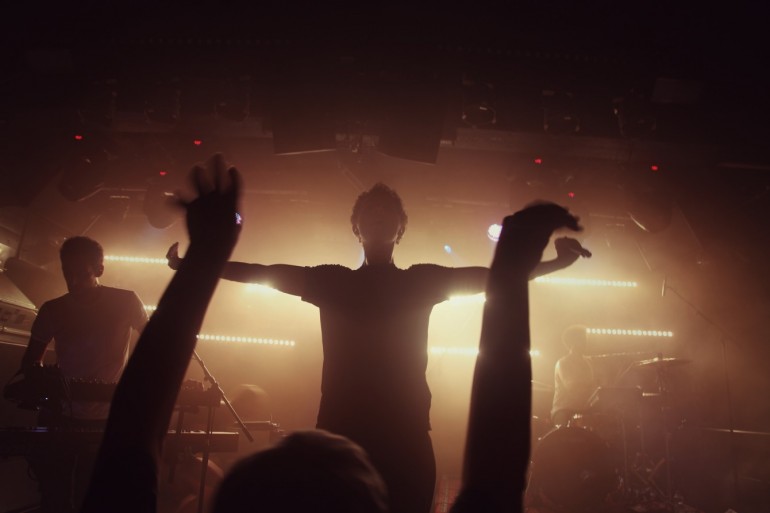 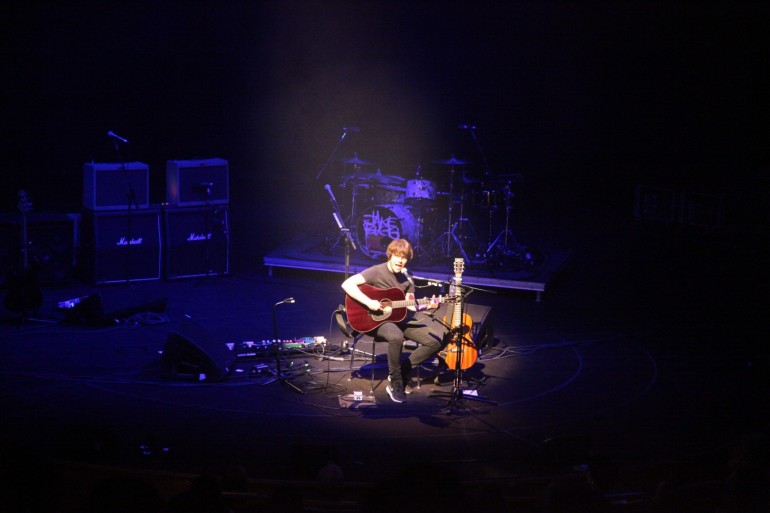 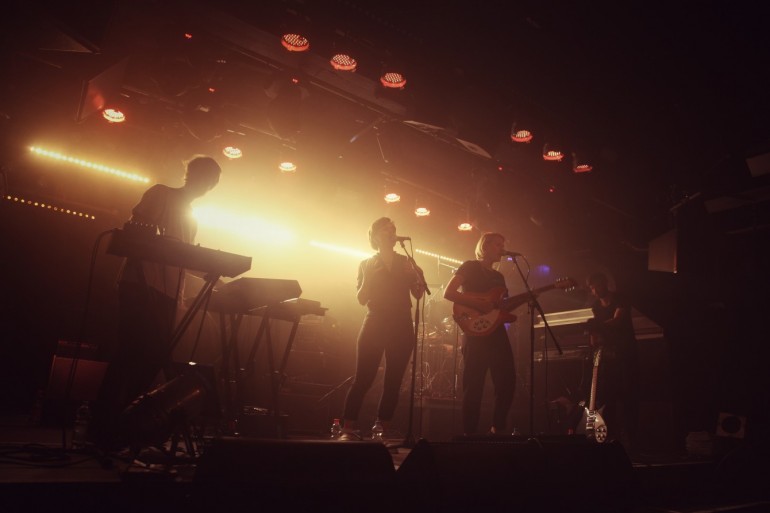 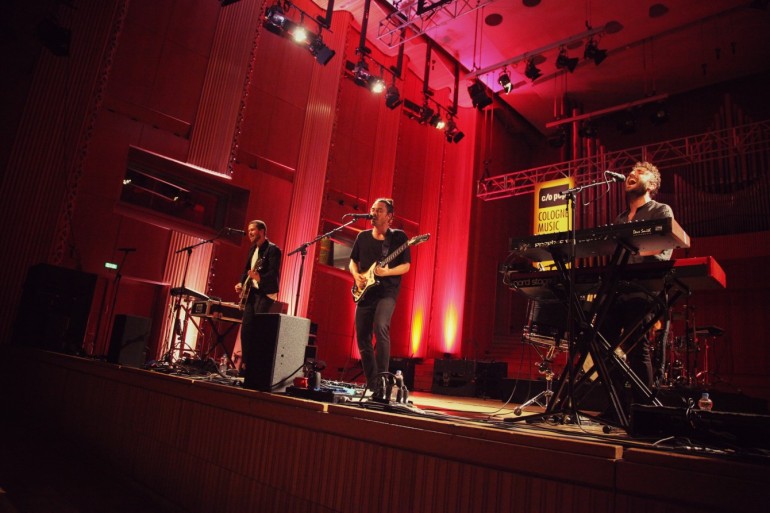 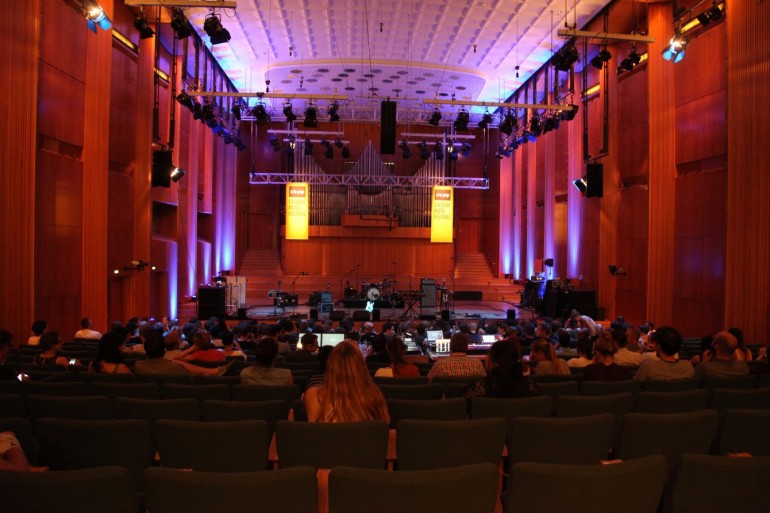 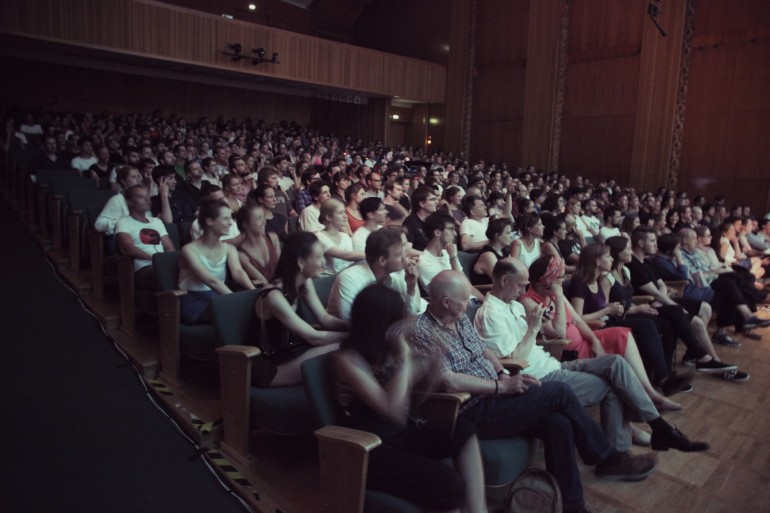 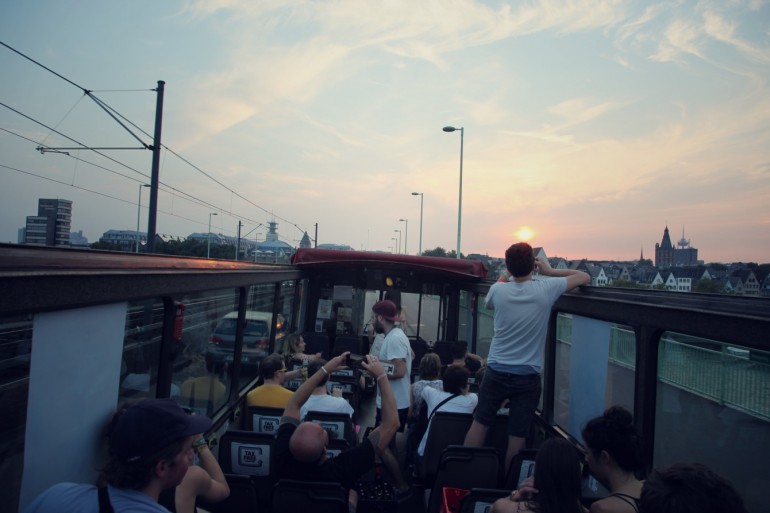 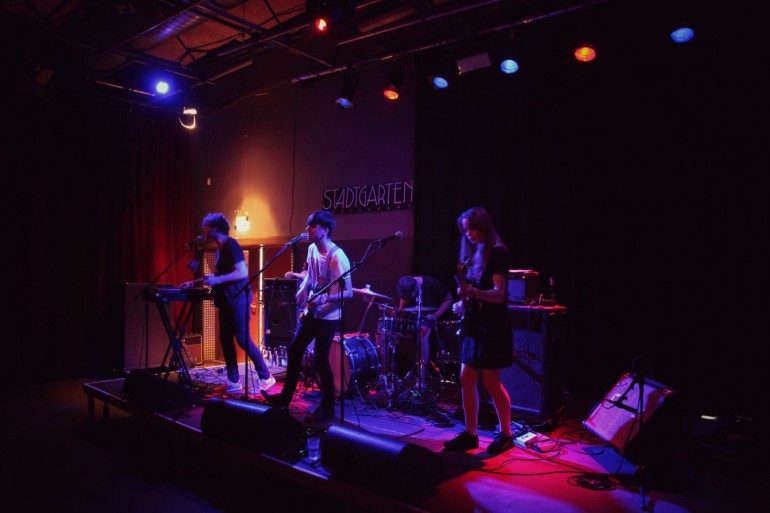 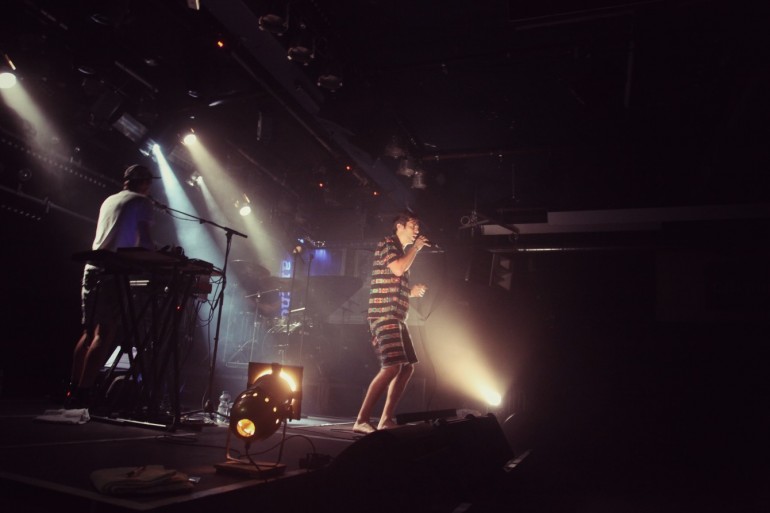 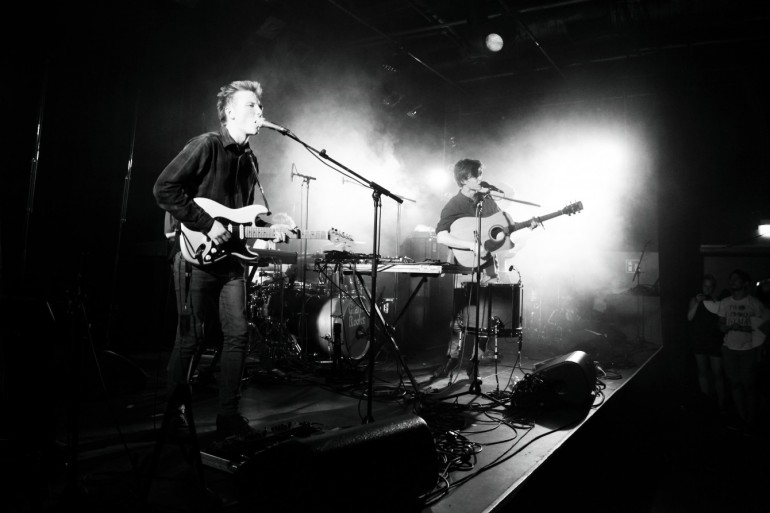 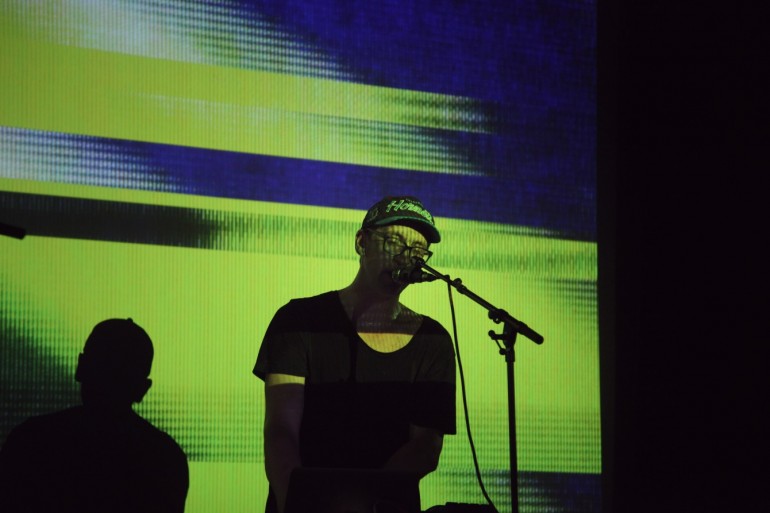 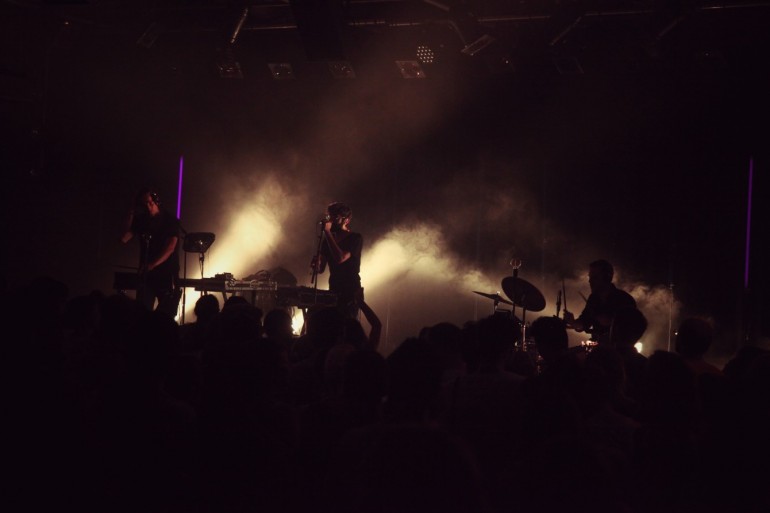 All Photos by Felix Weichelt for NBHAP 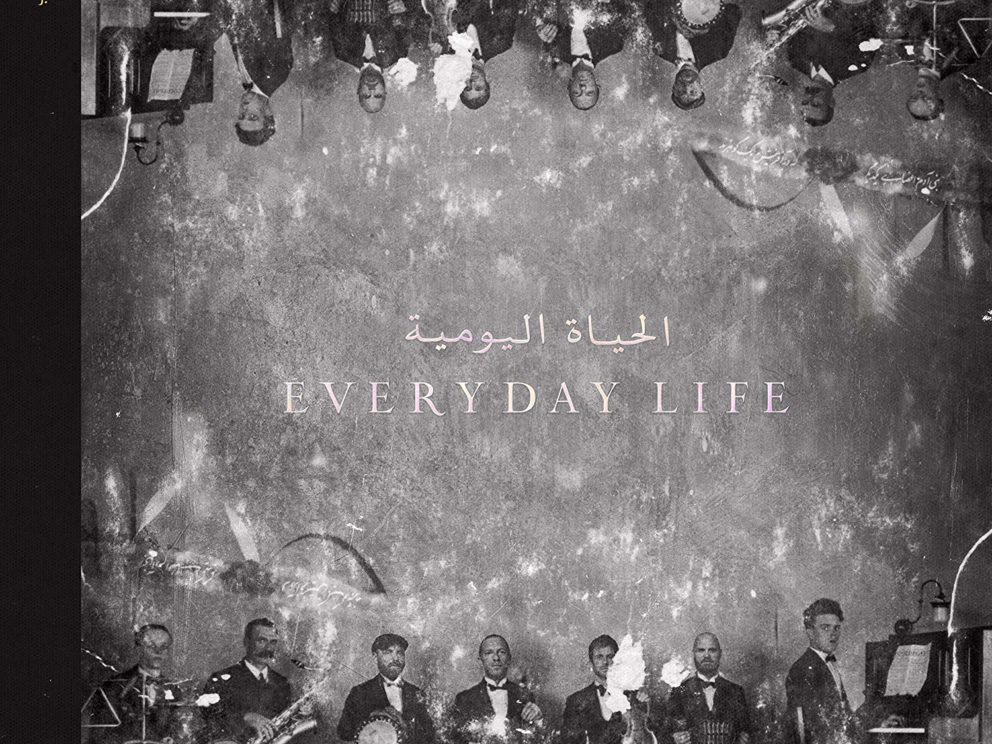 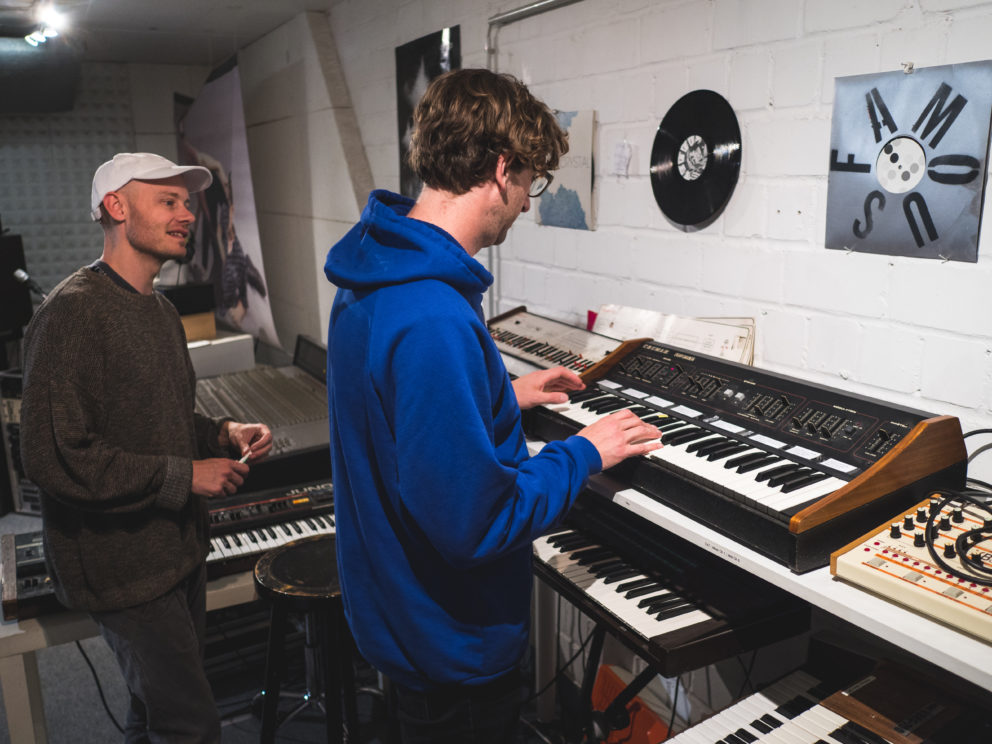 Only rarely do we get the possibility to learn about the secrets behind our favourite musicians’ signature sounds. Ahead of the release of COMA’s new record, NBHAP editor Igor Franjić met with the duo in their studio in Cologne to talk about synthesizers, effects and all the other gadgets that brought "Voyage Voyage" to life. 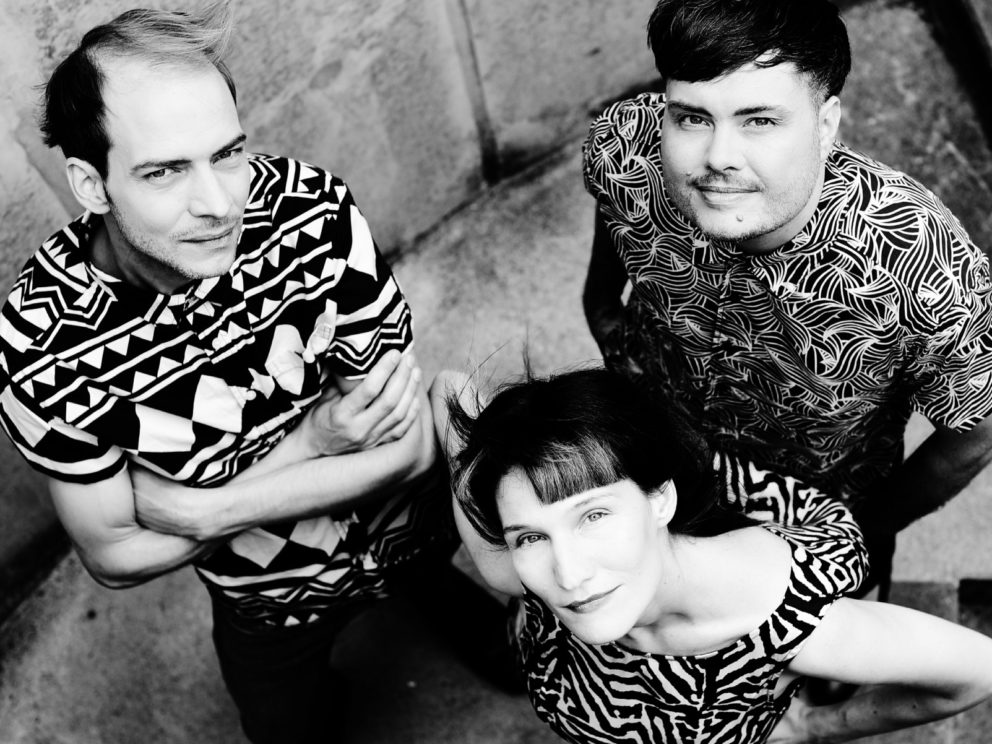