How to paint a Panic Attack: Frightened Rabbit unravel their new LP 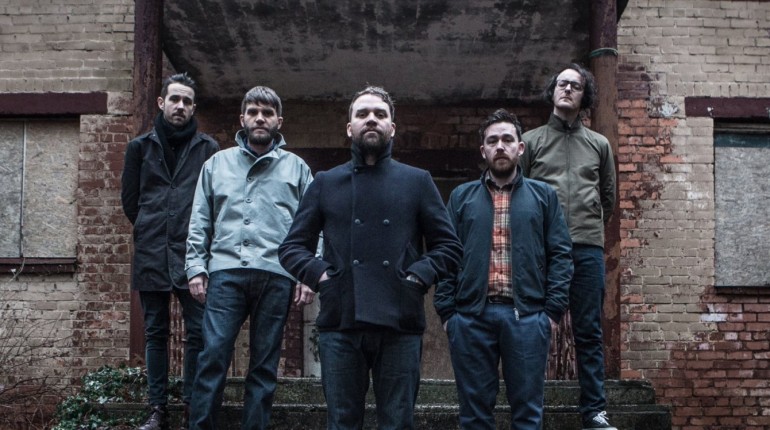 Good records punctuate your life. I have 5 records in my 24 years of living that when played will transport me back in time. My first kiss, moving to London for university, my first love, first heartbreak and finally first dramatic and perhaps foolish move abroad. For me, Pedestrian Verse was the ‘my first house’ record. Granted it was rented and almost completely unliveable for a ridiculous monthly rent (thanks London) but it was happy, full of friends, food and importantly music. FRIGHTENED RABBIT soundtracked many a rainy day, a sublime day with my love, happy sunny day with cocktails in our tiny garden and regrettably and more vivid the 1000000 times me and the boyfriend broke up over some worthless argument.

As I’ve matured, FRIGHTENED RABBIT have too. Almost as though giving me a musical raft to float between the quarter life crisis period (Google it, it’s 100% a thing). When we approach leading man Scott Hutchison he’s explaining that the latest album is not only a ‘maturation of the band’ but a trimming of ‘a lot of ‘fat’ from the sound’. Painting of a Panic Attack as a title itself is something so vivid. An oxymoron of the beautiful with the inconceivably awful.

‘[Painting of a Panic Attack] was a way to describe someone or something beautiful yet damaged. I think it summed up a lot of the album, that contrast between beauty and turmoil. Or perhaps something horrific that you can’t turn away from.’

It’s dark yet beautiful. It’s an encapsulation of life, the good, the bad and love in a record. Hutchison explains ‘I feel like Pedestrian Verse was very bright compared to Painting of a Panic Attack, but there are light moments within this album’

The Making of a Painting

‘When there are five of us in the room trying to come to an agreement it can become quite difficult, but we always navigate our way through. There are benefits to both [solo and group projects] self indulgence is an essential part of art, but you cannot improve with collaboration’

FRIGHTENED RABBIT‘s latest collaboration could not be more artistically perfect since Painting of a Panic Attack was produced by THE NATIONAL‘s, Aaron Dessner. Described as a ‘mentor of sorts’ and self confessed fans of his work having been ‘heavily influenced by his music’ as the singer points out. It appears to be a natural music pairing and one that’s worked incredibly well. ‘There aren’t many people whom we would allow to dive so far into our world’ Scott explains. Whilst describing Dessner complete immersion into their record and complete dedication. And who could resist immersing yourself artistically with a band that delivers the heartfelt whilst steering clear of the pretentious.

‘Sometimes we weren’t sure exactly where he was going with certain songs, but there was a trust there and I’m glad we placed our trust in Aaron.’

It’s reassuring to know even the best have their doubts. It reminds you of the human faces behind the classic heartbreaking tales. Not that this is easy when FRIGHTENED RABBIT‘s sound is, and Painting of a Panic Attack maintains this, devastatingly personal. They beautifully describe their relationships and ease you about your human failings. It’s difficult to try to present a relationship in something as simple as a song yet ‘an album is a presentation of smaller moments rather than an all encompassing story’. Almost using the records as snapshots into anecdotes of their lives. Creating a smorgasbord of relationships, pain and emotional turmoil of life. 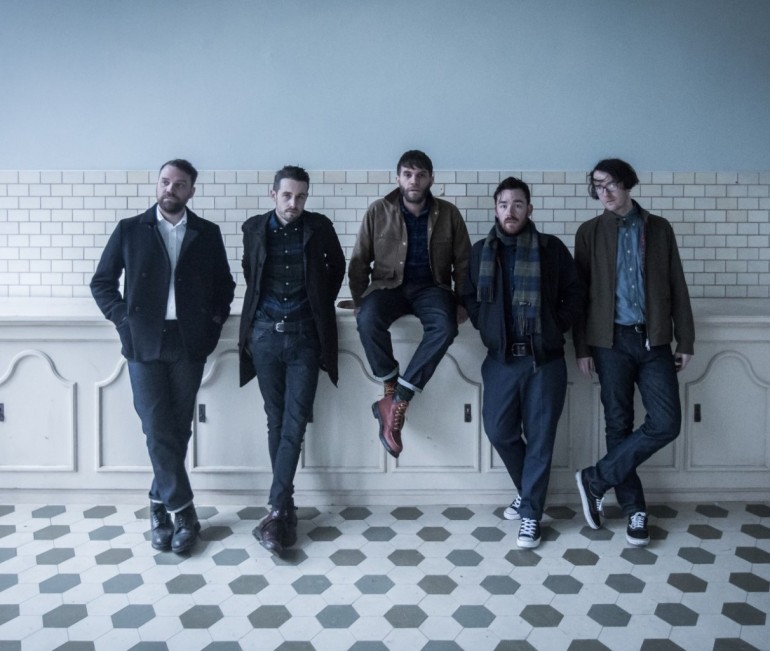 Having attended many FRIGHTENED RABBIT live shows its always interesting to see how a record can translated into a live performance. Questioned about his favourite live tracks, Hutchinson states three; The Modern Leper ‘this one can still give me a chill up my spine, on the right night’, Things (‘this one still stands out amongst the rest of the back catalogue’) and finally The Loneliness And The Scream as having been ‘made special by the audiences at our shows. The ‘woah-oh’ refrain at the end has become a signature at the end of our gigs.’ Even lasting 10 minutes and home ground shows in Scotland.

An isolated incident of them being victims of Internet trolling, with the phrase ‘Furry Brick Built Men’ used leads to a discussion of Internet based insults. In general yeah are generally left alone, Scott still is filled with ‘despair for our species’. It does seem animalistic in a way to face abuse simply for making and creating art. Yet still optimistic about life

‘Hope means everything to me it’s what keeps us all alive…passion is something I’m lucky to have, not just for music. The world is absolutely fucked, but it’s a wonderful place if you’re looking in the right spots.’

So why not make Painting of a Panic Attack your latest stop to experience the wonderful and admittedly sometimes not so wonderful aspects of life?