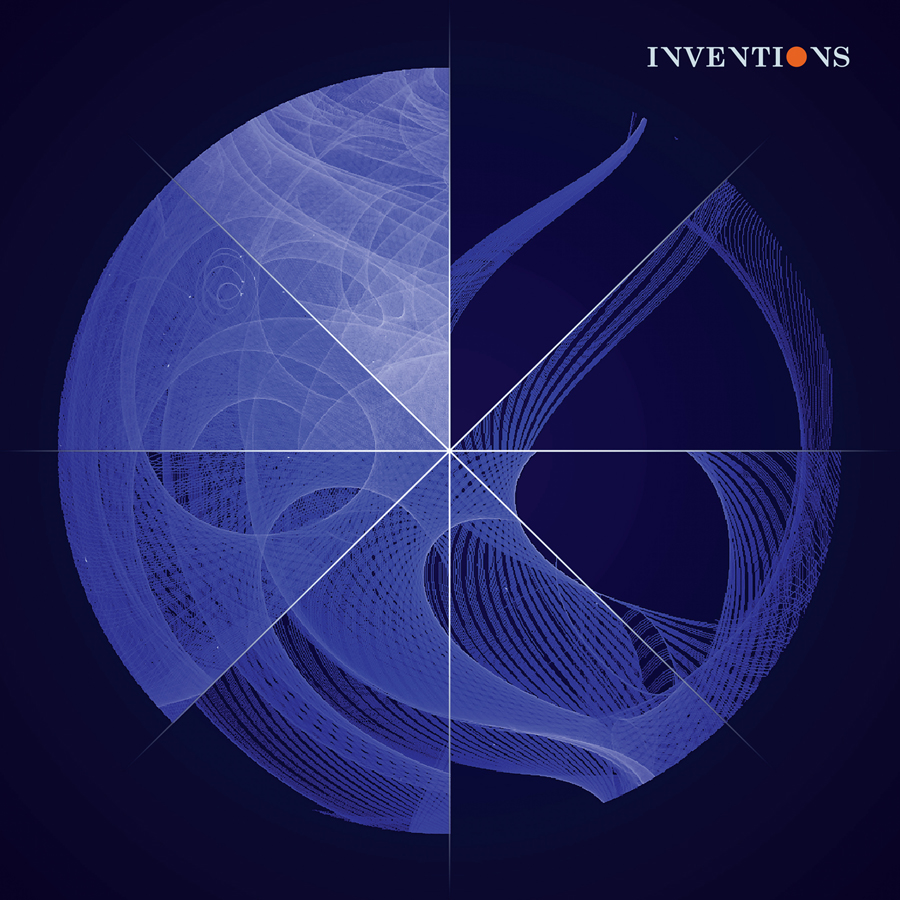 When two post-rock experts join forces what is there to expect? Well, more post-rock would be a slightly too easy assumption. Instead Mark Smith (EXPLOSIONS IN THE SKY) and Matthew Cooper (ELUVIUM) took a different approach. Well, not entirely different. Epic sound landscapes are still the main theme of INVENTIONS, their collaborative project. But the landscapes of their self-titled first full-length longplayer are a bit more reduced and not as rich and overloaded as the music of their main bands. In the end both stepped out of their groups to take part in a new adventure. And the adventure is called ‘ambient music.’

Once the gentle tons of Echo Tropism open the album the direction becomes clear. In a subtle way INVENTIONS want to soak you right into their enigmatic electronic structures. The album is a slow paced journey into the minds of Smith and Cooper. A journey that requires a certain focus from the listener. Once these eight little pieces of monumentality are playing it is quite easy to fall for their lush synthesizer patterns and dreamy guitar play. Flood Poems adds a few vocal samples to the recipe while the final minutes of Entity provide the well-known noisy post-rock flavour of their main bands. At least in approaches.

Peaceable Child unleashes dreamy synthesizer playfulness while Sun Locations/ Sun Coda accelerates the tempo at least a bit. But never too much. In the end Inventions remains an ambitious ambient album the forces the listener to slow down and free himself from his daily accelerated listening habits. If you are a fan of former ambient works by APHEX TWIN this might apply to you. On the duration of a full record INVENTIONS loose themselves a bit too much in their single-sided formula. The temporary lack of dynamics is a challenge for the enjoyment of the album. You should give this lovely lads and their joyful concept definitely a try. It’s definitely not ‘best of both worlds.’ It’s something different. And after listening to it several times we’re still not really sure what it is. Feel invited to find out for yourself.