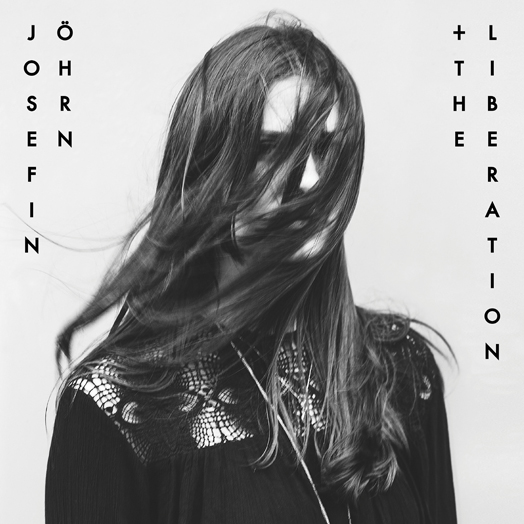 Psychedelia is a genre that seemed to be dead, or at the very least in seriously miserable shape, for a long time. After hitting its cultural peak in the 1960s it struggled to survive the massive comedown that kicked in with 70s, the genre went stale, and most of the musically innovative musicians moved away, leaving only a hardcore of crusties who never let the game die. So in short, things did not look bright. But then a few years ago, a new generation of bands emerged who, rather than wholeheartedly commit to pysch as an occupation, instead nabbed elements and techniques from it and blended them into other genres like post-punk and electronica, giving a new sense of life to psychedelic music. And Sweden’s  JOSEFIN ÖHRN plus her backing band  THE LIBERATION sit very solidly into that new approach, grabbing elements of psychedelia and then playing with them and other genres. This approach has served them well up to the release of this, their début album Horse Dance.

The album kicks off with Dunes, seven minutes of driving psych-punk that layers waves of guitar fuzz and squall over a thumping, driving drumbeat, steadily building in intensity. The record’s middle section is dominated by Sanity and Take Me Beyond, two songs that operate in perfect contrast to each other. The former is jittery and nervous, the swift tempo and sharp jabs of guitar giving it an anxious uptight atmosphere. Whereas Take Me Beyond is much brighter and more expansive, airy and cathartic, a chance to breathe again after Sanity’s claustrophobic tension. The only point where the album slumps slightly is Sunny Afternoon, where the band try out an authoritarian stomp-rock that doesn’t quite suit them and never really convinces.

But the real highlight here is the glorious title track, Horse Dance. A stylistic departure from the rest of the songs, it begins simply with a drum-beat and Öhrn’s Patti Smith-aping beat-poet mumble. Then more musical elements kick in, adding a sense of weight and power, backed up by delicate vocal melodies. Öhrn’s monologue showcases and impressive ability to use tone and delivery to capture and express a series of moods and feelings, despite the near-inaudibility of the actual words. Horse Dance is an album made up of eight long, impressively constructed pysch-rock songs, imaginatively crafted and perfectly executed, and if that sounds like something in your area then it’s not an album you can afford to miss.

JOSEFIN ÖHRN + THE LIBERATION find a way to make psychedelia sound fresh, and drop one of the year’s most impressive debuts.