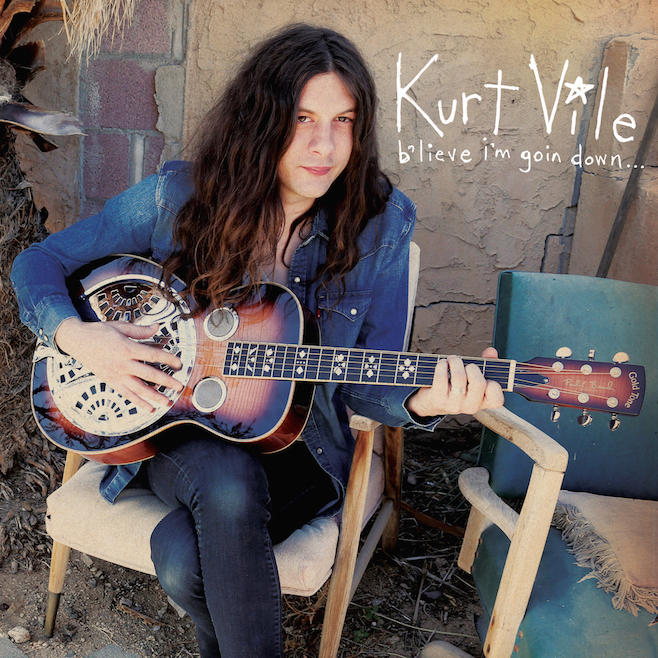 Former WAR ON DRUGS member KURT VILE releases his new record with The Violators band. B’lieve I’m going down… is the darkest album of VILE‘s solo career. The 12-track effort follows 2013’s good Walking On A Pretty Daze and shows again his songwriting skills. Guitar and folk sounds are at the core of each song of the sixth studio album of VILE who described it as ‘All over the place. Everything you can imagine I’ve done… That’s where I’m at now, that I can sort of tap into every world and make it cohesive.’ It might not be his personal Lost In The Dream (yet) but it showcases that the charismatic songwriter has found its own way by now. Smooth, gentle and confident.

All about the vibes

The album opening is Pretty Pumpkin where a fascinating rhythm and a charming guitar riff lead you to reflections of a man in front of the mirror in his bathroom. I’m An Outlaw brings a little bit of electronic sounds mixed with good old-fashioned banjo and organ. The singer is right when he argues ‘I think if you listen to the record, all the songs have a night vibe’, you can hear the darkness aproaching in every single moment of the album and you can hear echoes of past heroes like BRUCE SPRINGSTEEN or TOM PETTY. The sadness and sarcasm of KURT VILE is in contrast with his tenderness and a hidden element hope. The beautiful Wheelhouse (that the musician considers his ‘best song ever’) has been recorded in Joshua Tree’s Rancho de La Luna and is strongly influenced by desert sound.

B’lieve I’m going down… is a record that sounds like it’s been directly taken from the 70’s with a strong and smooth Americana folk attitude while the lyrics of KURT VILE remain deep and, most of all, true. The ability of songwriting is still one of the most important elements of his solo career, just listen to the bautiful Life Like This. When night comes you can only immerse yourself in it. This record is a beautiful starry summer night which makes it kind of hard to resist, we must say.

B’lieve I’m going down… is a record that sounds 70’s with a strong folk attitude, the lyrics of Kurt Vile are deep and, most of all, true.