The Defining Moments From The Berlin Festival 2015 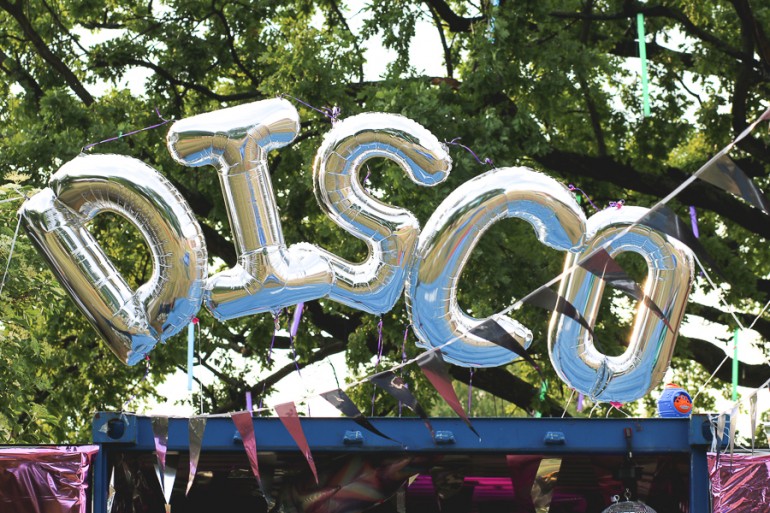 Disco was the credo (Photo by Natalie Mayroth)

New area, new concept, new date, new ideas. For its 10th anniversary the Berlin Festival underwent a more than discreet makeover to embrace whatever the future might bring for the event. Now officially set at the Arena Berlin area between Kreuzberg and Treptow it allowed multiple stages and countless performances. The musical focus shifted towards mostly club-focussed electronic music with a few moments of rap and electropop in it as well. But mostly the Berlin Festival 2015 was all about the infamous club spirit of the German capital. Those 48 hours non-stop musical program allowed the audience to fully get lost in the pumping musical environment which, obviously, mostly attracted tourists and plenty of foreigners. NOTHING BUT HOPE AND PASSION through itself into that interesting equation and presents you our most defining moments from this year’s event.

A few Berlin Festival 2015’s main attractions – acts like UNDERWORLD, CARL CRAIG, RICHIE HAWTIN should make it feel like 1995, but their fan base now spans generations and their work has provided an inspirational foundation for many contemporary acts – they were some of the guys who built the playground these kids are playing on, which makes it all very full-circle in that respect. But the godfather artists have proven that they definitely don’t need to rely on past glory to legitimate themselves – they can show up and throw down on-par with artists who were still watching teletubbies while they were out ruling the world of electronic music. On that note: coincidentally RÓISÍN MURPHY (in the form of MOLOKO) and GUS GUS’s debut albums were also both released in 1995. We were truly blown away by the performance of GUS GUS. In a good way. Even after two decades they still got everything you need to have to make the masses fall for you, so we were really pleasantly surprised by their set and its disco vibes. 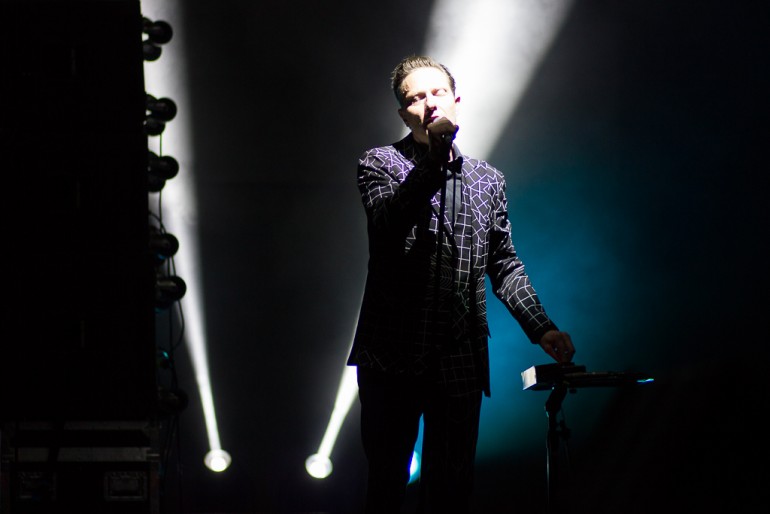 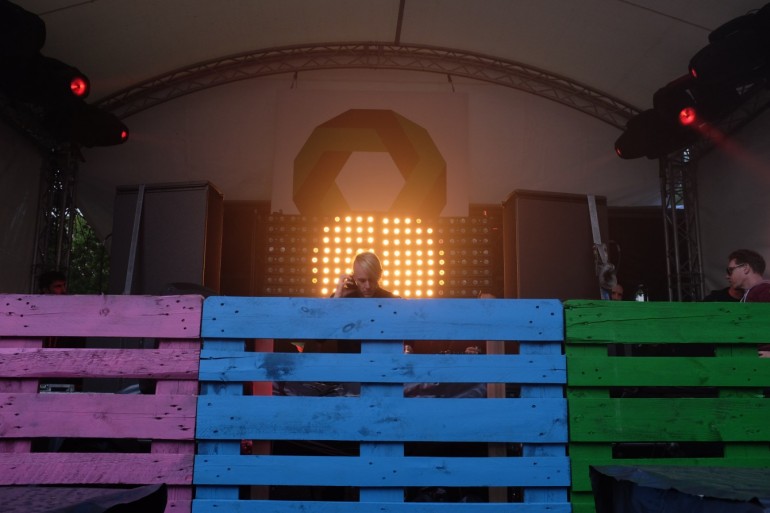 Just like back in the 90s: Richie Hawtin (Photo by Alicia Reuter)

Not all cool things were limited to the event area itself. A weekend like this was the perfect opportunity to showcase creativity of Berlin. And our finest place to hang around on the weekend before the actual event started was the Myslíwska Bar in Kreuzberg. The guys from Nordic Playlist rented the place for two days to run their own Radio Bar, featuring interesting podcasts about the Nordic music scene and special intimate performances by such lovely acts like NOAH KIN, ADNA or SANDRA KOLSTAD. You should have seen the place (and the street in front of it) during the GUS GUS performance. That was one hell of a rave within the smallest possible venue. Thumps up to the organizers. 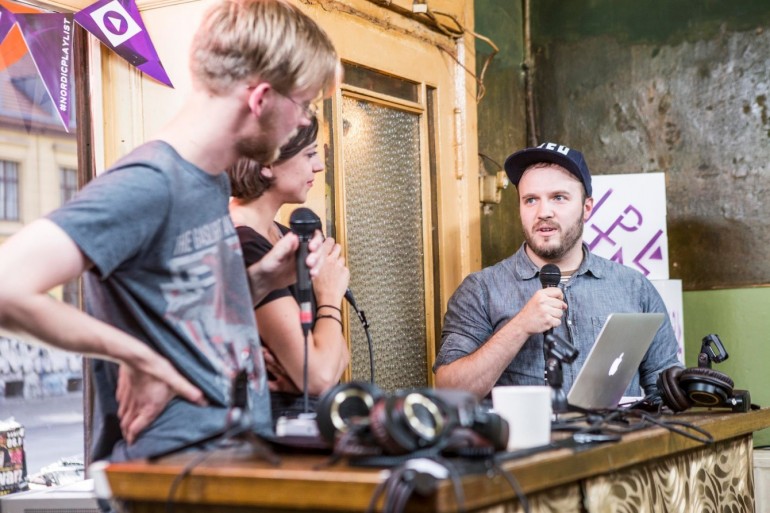 NBHAP’s editor in chief Norman (on the right) attended the Nordic Playlist Radio Bar as well.

The most surprising moments

Encountering four people on stilts dancing to Michael Jackson’s Bad followed by a magic show hosted by a really charming magician all within five minutes of entering the festival proper. In terms of the musical program it might have been the one when JAMES BLAKE blasted out the techno cannons after teasing the audience with the melancholic music that he has always been associated with. Like, how can someone churn out soppy, distorted tunes and then switch to full-blown illegal London warehouse rave? Swept us off our feet. 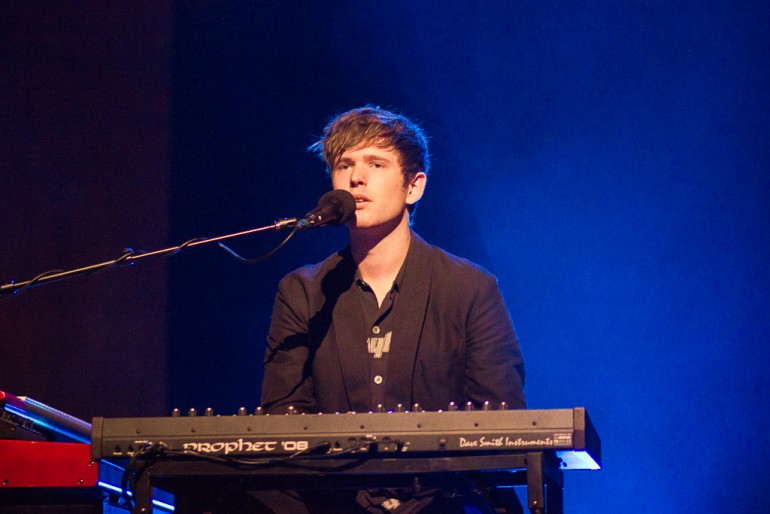 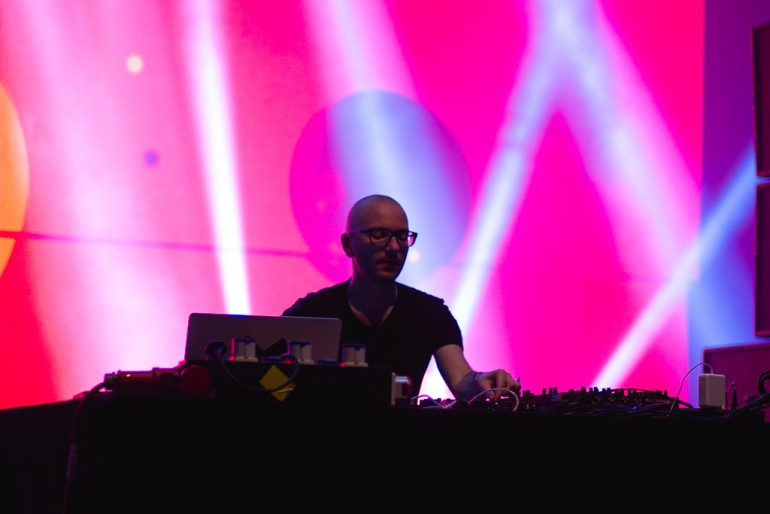 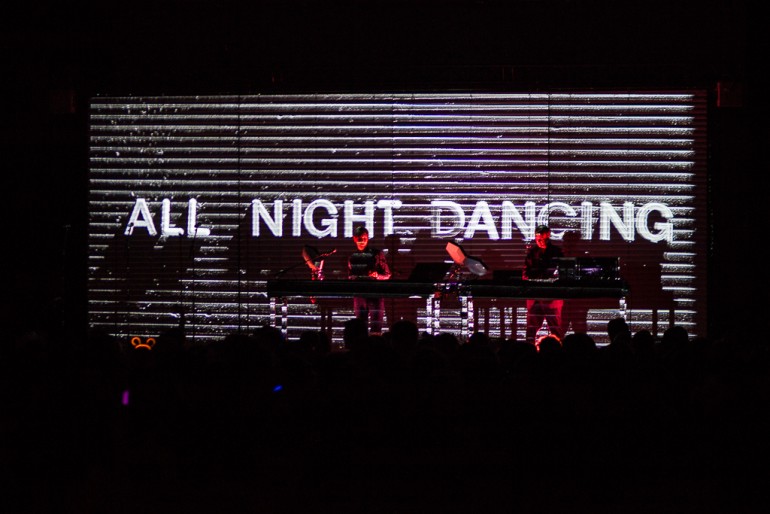 The most disappointing moments

Murphy’s Law? A fire broke out cutting shutting down the main walkways and prevented hundreds of people from getting to the first several songs of RÓISÍN‘s set on the main stage. Good news – thanks to the swift actions of the Feuerwehr, the fire was quickly under control and the more resilient festival-goers found a workaround to get in from the other side in the interim. The same fire in an adjacent room also prevented SHLOHMO from continuing his performance after three songs. When the announcement was made, everyone thought that it was part of the performance and rushed to the front of the stage. Also, before the performance, the Glashaus wasn’t even full and security prevented so many people from seeing the crafted producer, and was really rude about it too. Oh, and the questionable overpriced drinks plus the fact that you can only order (and be charged for) what is exactly on the automated menu interface thing. Such obstacles will ultimately drive folks to hit up the ARAL tankstelle next door. 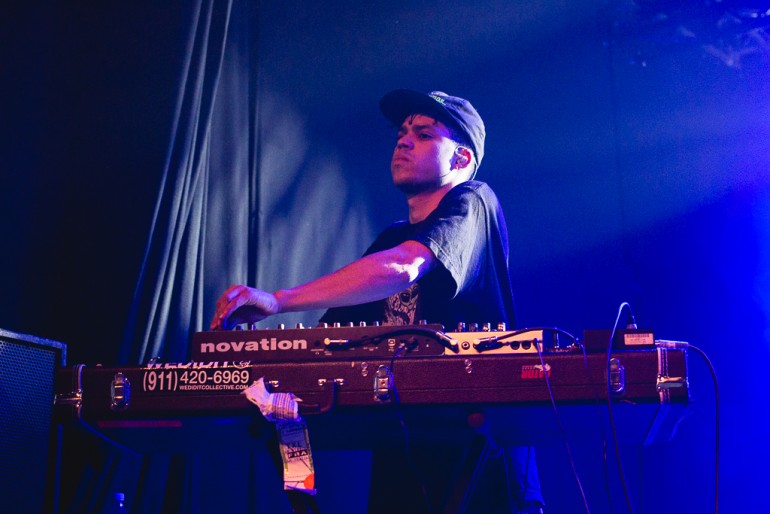 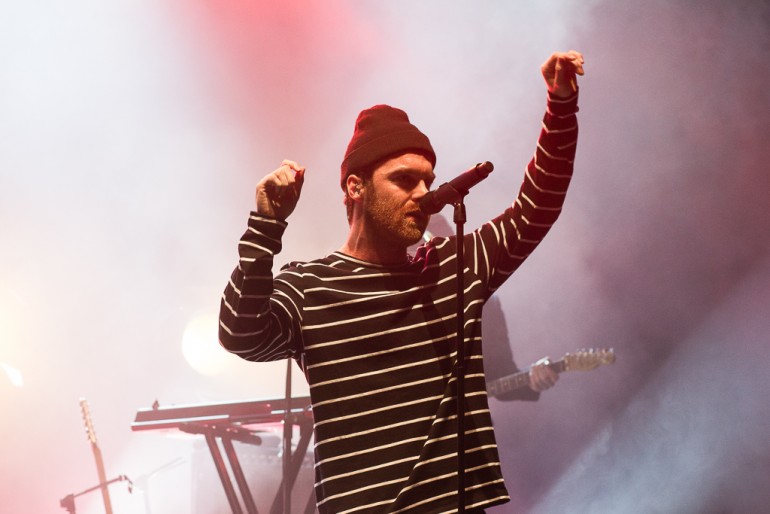 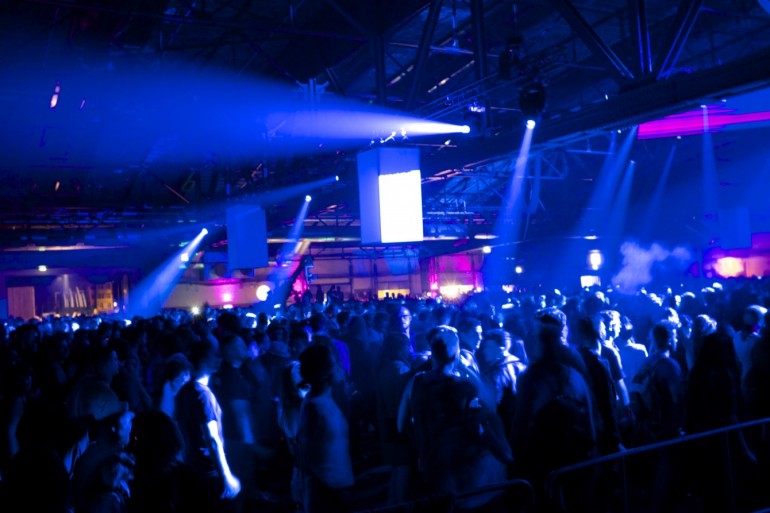 All those people (Photo by Alicia Reuter)

The ‘Big Brother is watching you’ moment

Okay, nothing against progress and making our lives easier in some ways but not always is a new idea a good one. The Berlin Festival tried out a few things that were not entirely new but haven’t been tested that often in the ‘wildlife’ before. Personalized tickets – well, you could do this and always come up with the bad, bad ‘black market’ argument to justify that idea. You could also activate your ticket prior to the event (by, of course, filling in your mail address) to avoid long lines and have it on your mobile device as well. And then, finally, the whole event was cashless by having a chip on your wristband. That did not just cause ridiculously long queues at the uploading stations but automatically resulted in more money actually spent at the event. Simple psychology: ‘Hey, since the line as that long I better load up 100 Euro’ + ‘Oh, I still got 20 Euro on my wristband: let’s better spend them all instead of doing that complicated refund system after the event.’ We spoke to some of the stallholders and they all agreed that it would be better if the system wasn’t cashless. It made things easier and they could have more customers if they didn’t have to always top up all the time. However, punters say it was easier so they wouldn’t have to accidentally lose money all the time. It’s a double-sided sword anyway but let’s just simply say we’re not fans of this trend. 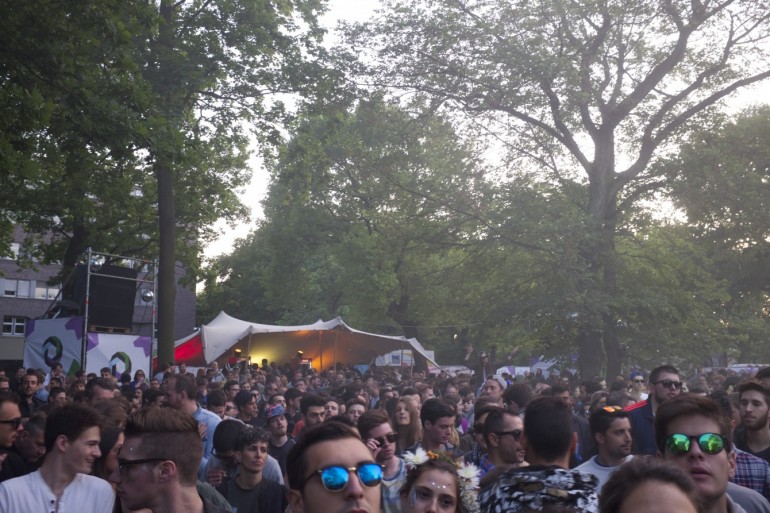 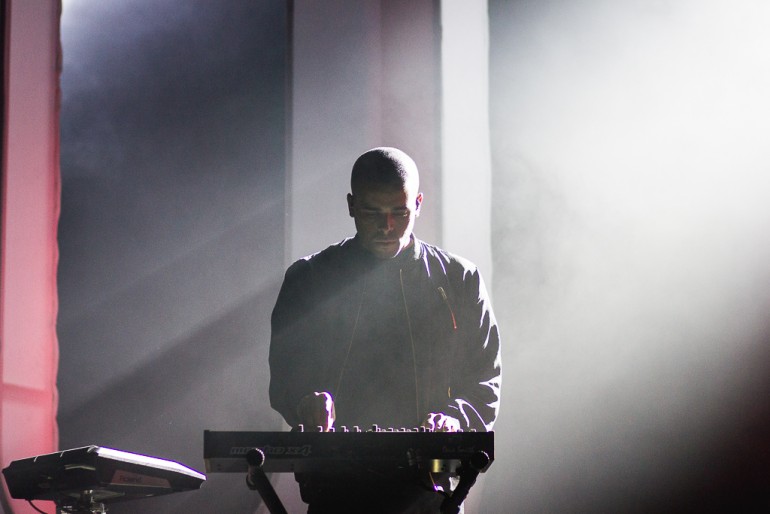 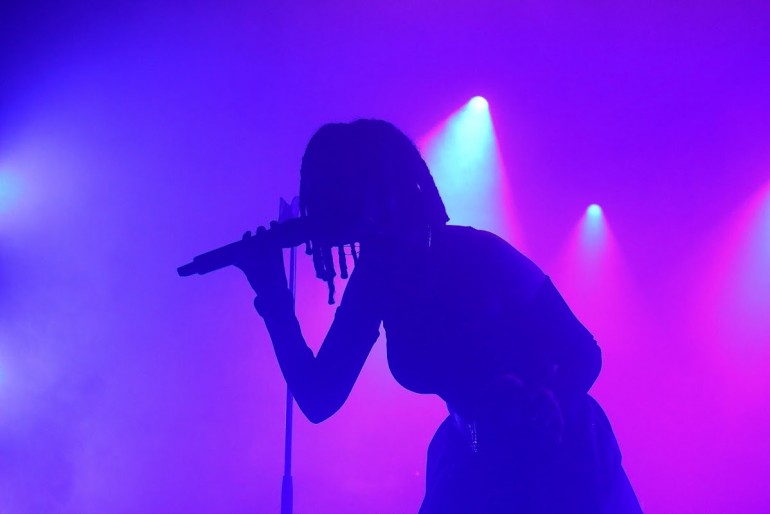 The ‘What the fuck is happening on stage’ moments

Every RÓISÍN MURPHY costume change! From her black bear-turned-shawl-turned-gold-tunic or her mutant-unicorn-churchlady-turned-space-disco-diva – through all these metamorphoses she nonchalantly kept her audience either surprised, delighted or completely confused and guessing what the hell she could possibly do next. Whoa-hey. And the second moment might have been the back-up rapper of LGOONY. He looked like his mother drove him to the festival just to perform or something. Finnish rapper NOAH KIN did it all way better and delivered one hell of a set in front of the main stage in-between sets of RUDIMENTAL of RÓISÍN MURPHY. A clever way to introduce this young gentleman to a bigger audience.

The ‘This Is So Berlin’ moment

Watching the sunrise on the river two days in a row. Well, and also negotiating (partly in slightly broken German) with the security staff from time to time in finest Berghain tradition. The event was created and therefor destined to capture that ‘Berlin is the hometown of techno’ spirit and offer nothing but this spirit to its audience. And those who grooved along with the pumping beats alongside the Spree all night and day might have gotten exactly what they came for. 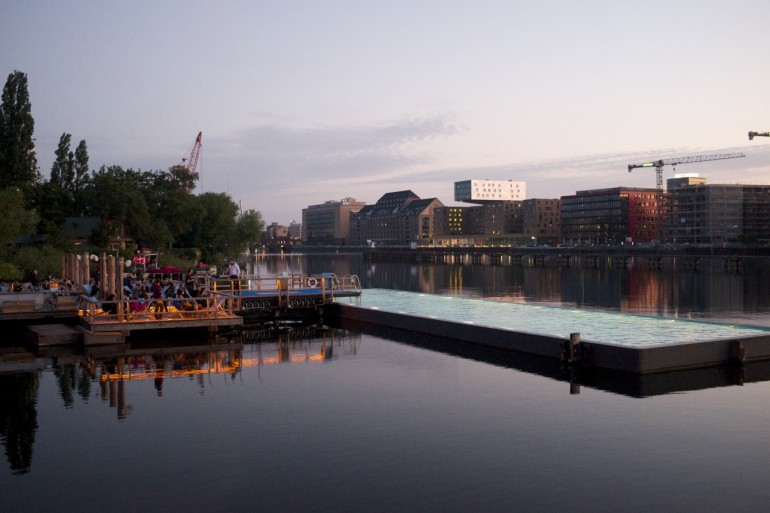