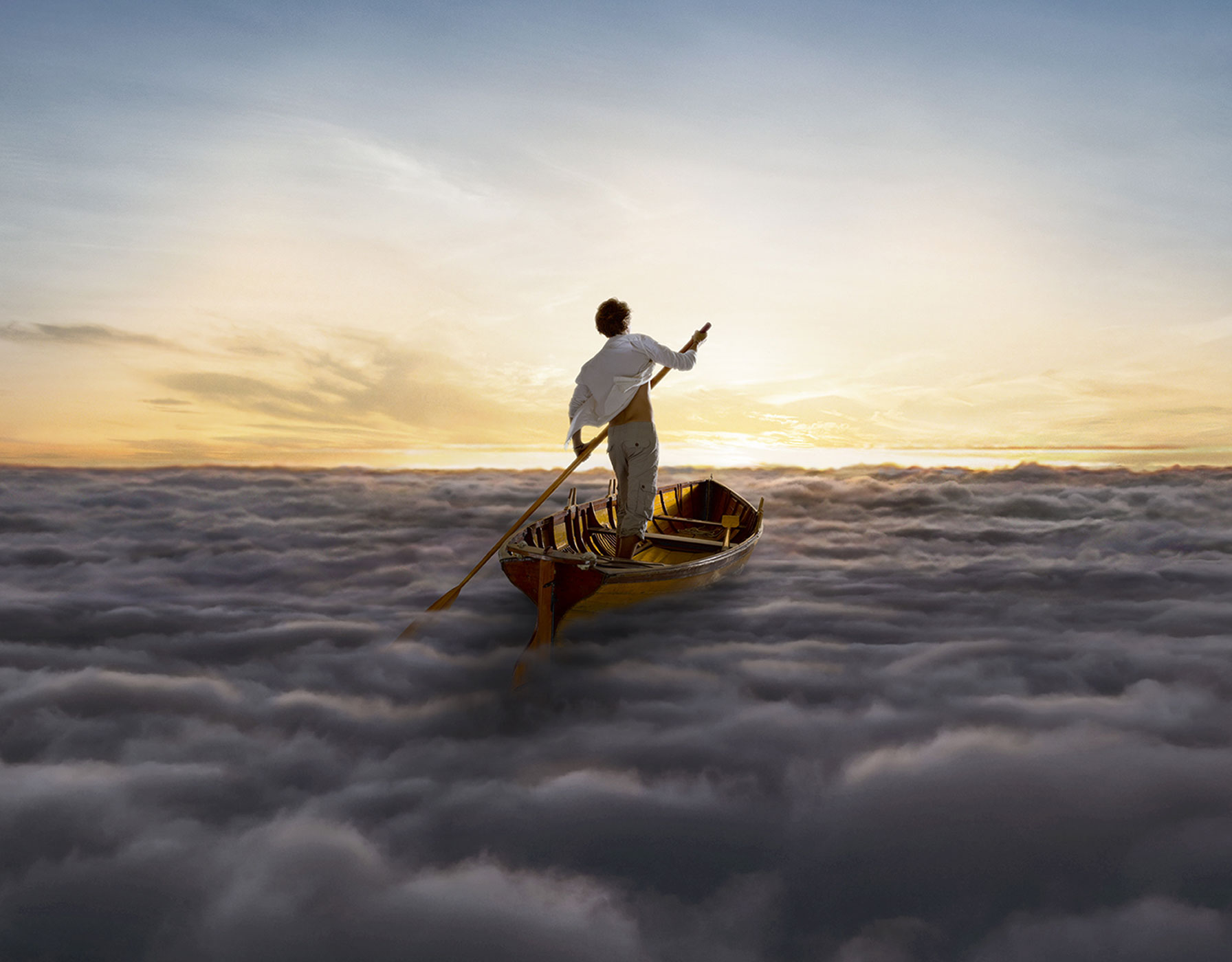 How to Continue at the End of the Road
The album cover of PINK FLOYD’s latest and, in all likelihood, last release, anticipates new, separate journeys for the sensational band. The Endless River depicts a lone boatman, steering off into the sunset. These are hardly the reflections of a group still scratching at the door to a Hall of Fame. In fact, the cover alludes to the work within. PINK FLOYD demands that we acknowledge their maturity and their famous divisions when listening to this almost entirely instrumental work. A disappointing interpretation for some of their earliest fans, PINK FLOYD clearly reinterpreted unused material from Division Bell to find unity in old works. The result, while it smacks of the band’s insistent genius, is, at times, awkward.

Re-Wired/Re-Inspired/Re-Imagined?
The individual members are now, each, considering their own position as the lone boatman from their cover. Gilmour’s signature guitar takes centre stage throughout, and yet, it also stands at odds with Mason’s frustrated percussion. Tracks such as Skins deny any unity between the musicians, each jockeying for position, forgetting the harmony that was so clear within earlier albums. However, at the centre of the album, August 68 and Allons’Y (1) and (2) remind listeners of why their work is so faithfully followed. Fans will quickly recognise some former keyboard pieces of Wright that fit superbly into a re-imagined track, aided by Gilmour’s modern inclusions.

That River Comes To An End
Their former music of epic proportions, for which the band is clearly seeking in a swansong, are at their most obvious in Talkin’ Hawkin’ the only track with vocals (and extremely famous vocals at that). Recognising the value in the automated words of the famous physicist, Gilmour’s guitar peters out as Hawking declares, ‘All we need to do is make sure we keep talking.’ The band that communicated such powerful, unified emotions of loss and wonder in their earlier albums have, perhaps, forgotten these words. However The Endless River conveys a single, pervasive emotion throughout: nostalgia. As opposed to harmonising their work with each other, this album, racked in individual memories, cannot be afforded the singular beauty of Wish You Were Here or The Wall. However, The Endless River does manage to remind fans of PINK FLOYD’s past greatness while maturely accepting their current position. This will, by no means, be the apotheosis of the band’s career but it remains a valuable, conclusive addition that occasionally shows sparks of earlier genius.

All in all it’s just another brick in the wall: Pink Floyd’s last album is of course nothing to be compared to their greatest recordings but it’s worthwhile nonetheless, with sparks of old genius here and there.