Over the years it feels like the term ‘indefinite hiatus’ got a bit overstretched by far too many bands. When does the “indefinite” turns into a “definite” you might ask? Well, after ten years it’s fair to assume we’re talking about the second option here. It’s been exactly that lomg since British band Athlete released new music and five years since their last live performance and considering I haven’t heard anything from them and their single members in an eternity it’s safe to say that they are gone for good… well, or aren’t they?

‘Why even bother?’ you might ask and I’ll tell you why. In the wake of the 15th anniversary of their second album Tourist (which was released back in January 2005 and went to Number One in the British charts) I found myself revisiting their music which I heavily loved back in the Mid-00s and I realized once again what wonderful song wonders the group from Deptford, London actually delivered, making them a highly underrated treasure from the British music scene of the early 00s. Twenty years after their formation their music is up for a comeback if you ask me, so please consider this to be a short introduction to their cosmos. If you love joyful indie pop with electronic elements but also big Britpop anthems with a lot of emotions there’s a huge chance you might fall for the music of Athlete.

The four-piece that was let by songwriter Joel Pott released four studio albums in six years with each one sounding a bit different than its predecessor. That strategy made the sound of Athlete a bit inconsistent but also quite versatile. It’s up to the critics and the audience to define which one is better here. At the beginning it felt as if everybody was on board. Inspired by The Flaming Lips and Granddaddy the band released their debut album Vehicles & Animals in 2003, packed with sun-drenched songs that were quickly labelled as ‘casio pop’ due to their love for mixing retro-infected 80s electronica with pretty traditional British songwriting and tongue-in-cheek lyrics. It was a light-hearted first album that also earned the band a Mercury Prize nomination and spawned small radio hit singles like You’ve Got The Style and El Salvador. Remember, that was the early 2000s when stuff like radio airplay, MTV and single charts still mattered a lot. And that’s why the Top 10 placement of Wires, the first single from their second album Tourist took the band to a whole new level popularity.

Wires is still a great tune, a highly emotional string-drenched tribute to Joel Pott’s daughter who became ill after birth and was rushed to Intensive Care. Luckily, she survived and created a really heart-breaking song. Like the majority of the band’s sophomore album it featured a more melancholic and mature approach to their sound, compared to the joyful easiness of Vehicles & Animals. I got that back then and it was actually the emotional weight of Tourist that made me fall in love with the band in the first place but I can see why it also alienated a few former fans and especially the critics back then. While Athlete provided an alternative on their debut album this follow-up saw them heading for similar territory like many Post-Britpop bands around in the early 21st century – Coldplay, Travis, Keane, Snow Patrol, Starsailor… well, you name them. Tourist still is a really wonderful record that also got its lighter moments. I never understood the criticism and to this day I still think that they never fully recovered from that shift. The divide between reality and expectations got bigger following its release. Remember that this was also the time when the labels had more power and I can imagine that Athlete were under a lot of pressure from Parlophone to repeat the success of Tourist. But maybe they also overestimated their own skills, aiming for big stadium anthems that never suited them in the first place. 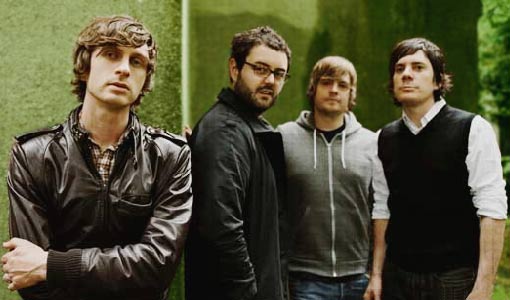 Although the 2007 follow-up Beyond The Neighbourhood was actually pretty good and managed to somehow combine the easiness of the debut with the big gestures of the sophomore album it didn’t do as good as many people have hoped for, including the band. The momentum was gone, the scene moved on and it felt as if the gentle pop of Athlete didn’t work anymore in the late 00s. The final album, 2009’s Black Swan, also saw a decline in quality, despite still having a few of those wonderful moments that made me fell in love with the band in the first place. Rubik’s Cube, the closing track of that album is truly heart-breaking and better than most of the stuff Coldplay released in the past ten years. But yeah, sometimes life isn’t fair. Following a best-of compilation in 2010 and one final single called Back Track the band vanished. Back Track dated back to the band’s debut album and also sounded like it so in many way they’ve come full circle after a decade. They had their time and their moment and it feels even the band realized that soon afterwards. They embarked on a final ten-years-anniversary tour of Vehicles & Animals back in 2013 and that was it. The band’s members stepped out of the limelight and focussed on producing other groups. Bassist Carey Williams has been working with Dermot Kennedy, for example and leading man Joel Pott is responsible for some of George Ezra‘s biggest hits of the past years. He also writes and produces Shura‘s albums with her so the Athlete pop DNA is still out there, just a bit more hidden.

Maybe the end was inevitable, maybe the band would have made different decisions if they would have formed in this decade. We might never know as it’s kind of hard to track them down. Joel, if you’re reading this, please drop me a line. I got questions. What remains is a band that has written really wonderful songs. Joyful and uplifting tunes like Westside, Hurricane and Half Light, emotional ballads like Street Map and Black Swan Song but also tender acoustic ones like Plain English and Loose Change. They are out their on digital streaming services, waiting for a new generation to be discovered and loved. In the end the ‘indefinite hiatus’ might become less definite. Their colleagues Doves ended a similar break last year and are currently recording their first new album in eleven years. It’s never too late for a comeback.