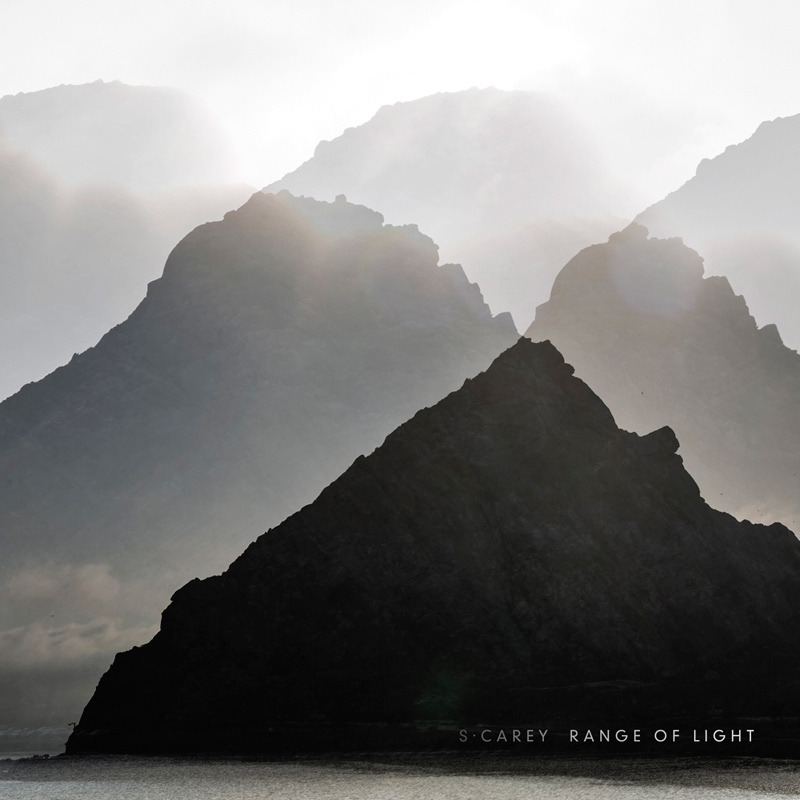 Alright, to get things straight: We got the second record of SEAN CAREY with whom most of us might be familiar with because of BON IVER, JUSTIN VERNON’s Grammy-winning musical outlet. Its title Range of Light is taken from the naturalist John Muir who used it as a description for the Sierra Nevada. Just by those two facts you might get the idea of the music. But still you won’t understand it as long as you shrink yourself to the cliché of distinguished folk that forms in your head. As CAREY himself is a classically trained musician, long-time jazz-percussionist and a core element of the aforementioned Bon Iver, there are much more layers to the simple texture than careless listeners would be able to explore. Deeply rooted in minimalistic ambient traditions and intertwined with the immediacy of folk, Range Of Light is a beautiful collection of music to let yourself fall into.

Paying reference not only to PHILIP GLASS but also to the majestic intimacy of SUFJAN STEVENS, Range Of Light depicts rather abstract obversations of nature. It’s there in multiple forms: the lyrics, selfmade wooden instruments, but foremost in the overall vibe of the songs. As good a singer S. CAREY may be, he still lacks the distinct class of, f.e. Justin Vernon. Which isn’t necessarily a disadvantage, as the music is therefore free to speak for itself in a much more intuitive way, like the little narrative piano dabs in Fire-scene. Range Of Light is full of those little details from slight and easy chord-variations within Neverending Fountain to multi-faceted rhythmic patterns. Plus, S. CAREY delivers some moments of simple overwhelming beauty like Alpenglow.

Of course, the notion of CAREY‘s main band BON IVER is present throughout the whole playtime. It expresses itself in a certain kind of musical approach which spans from a simple basic structure to a widely ramified result. A calm, reflective record that sets itself apart in the right spots while developing its influences into a concrete concept of what S. CAREY‘s solo-work is about. To understand the class of BON IVER is easier if you see how good the guys behind Justin Vernon actually are.

Presenting himself as a grown songwriter, S. CAREY finds a distinct creative voice on his second record ‘Range Of Light’ – one of beauty and one that sets itself apart.