Sharon Van Etten – ‘Are We There’ 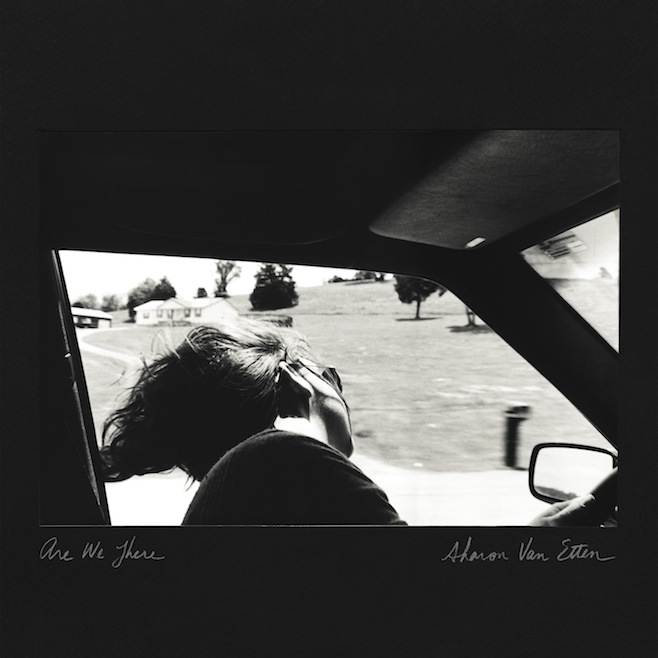 SHARON VAN ETTEN – Are We There

‘Maybe something will change’, sings SHARON VAN ETTEN in a melancholy yet hopeful tone on the track Nothing Will Change. The singer recently released her latest album, Are We There, and even from first listen it is utterly apparent that she has gone deeper in to her exploration of the infinite range of emotions we all have on a very basic human level.

Are We There is reminiscent of VAN ETTEN’s Tramp and Because I was in Love, both of which take a raw and intimate look at the singer’s inner being. Yet, her latest has allowed her to take it to the next level, as she is allowing herself to be even more vulnerable than before, if that is even possible…

Much of SHARON VAN ETTEN’s career has been defined by her solo work. As an artist VAN ETTEN has been repeatedly praised for excellent musicianship, but also the way in which she brings her listeners close through her stories and lyrics. Over the years the artist has collaborated with countless musicians, and has grown tremendously as a musician. VAN ETTEN recently told NOTHING BUT HOPE AND PASSION that while she wanted to produce Are We There herself, she also wanted to work closely with her band. It is through these collaborations that Are We There seems to contain a particularly vulnerable element, which reflects on her continual evolution as a songwriter. The album focuses on the journey and not so much the destination.

VAN ETTEN gets into in to the thick of it on the albums third track Your Love is Killing Me. Starting off with a whisper, the track takes off into a lively guitar heavy chorus with a marching band style drumbeat in the background. As the song continues to build,VAN ETTEN cries out ‘We’ve been through better days/And you’ve tasted all my pain/Break my legs so I won’t walk to you/ Cut my tongue so I can’t talk to you/ Burn my skin so I can’t feel you stab my eyes so I can’t see you’. The song builds beautifully on these darker themes, expressing a kind of violence that can really only be felt when you are wrapped up with someone so intimately.

Your Love is Killing Me is a testament to how well VAN ETTEN creates a meaningful song that goes beyond being simply a love song, or a breakup song. One does not get the feeling that it captures the end, but instead a moment in time that will continue as long as she’s writing music.

In the following track Our Love, the song assumes a slow and sensual tone, while VAN ETTEN sings  ’I am reliving my own hell’ alluding to the fact that she has been to this dark place before. It is in lyrics like these where the heart of the album shines through. On the lead single Afraid of Nothing, VAN ETTEN sings ’I need you to be afraid of nothing/We’ve known each other a long time/I can’t wait to be not be afraid of nothing’.

Although VAN ETTEN has never denied that all of her albums reflect on her personal and romantic life, perhaps Are We There seems to be the most polished and realized work she has produced thus far. Maybe it is part of growing as a musician, but perhaps VAN ETTEN‘s close connection to her band has allowed her to access a deeper part of herself as a musician, and as the title of the album’s first single suggests, to take some chances.

‘Are We There’ is a soulful combination of SHARON VAN ETTEN’s signature ability to compose songs that are balancing between a range of complex emotions.