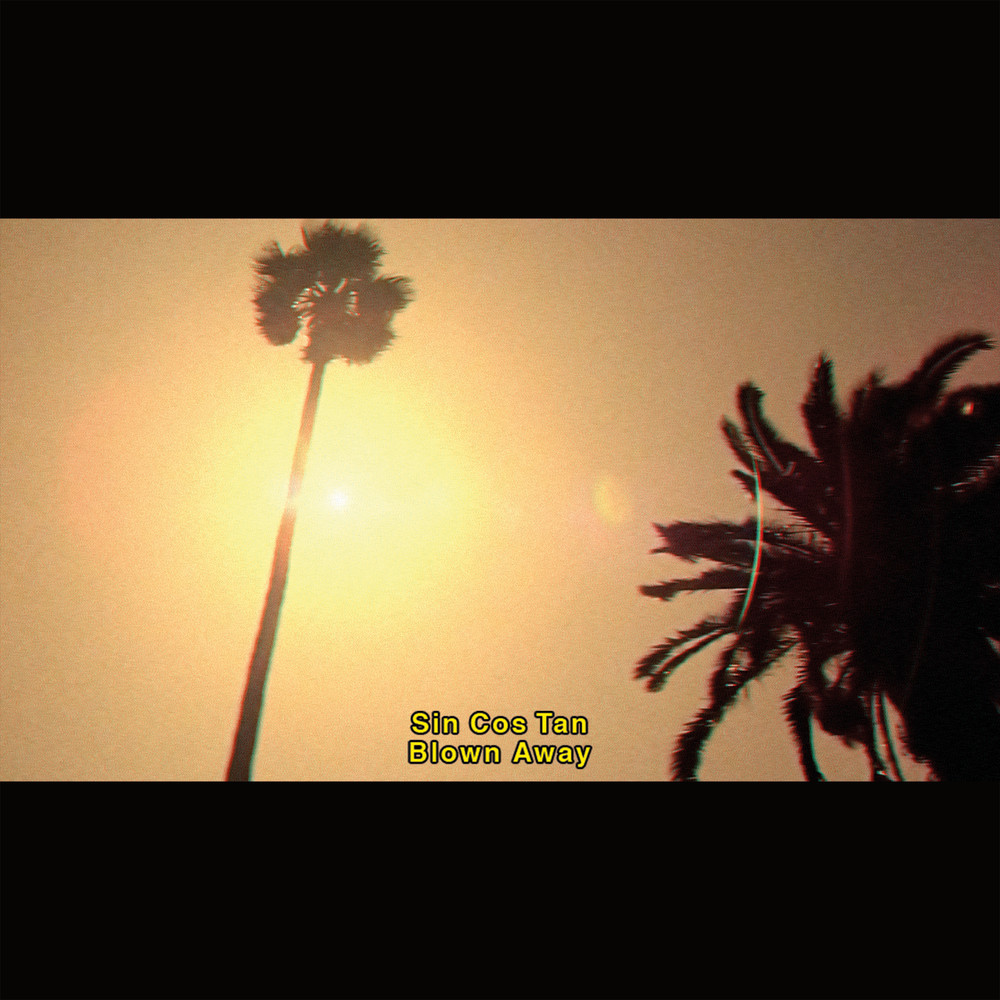 SIN COS TAN – Blown Away

It feels a bit like great concept albums are rare these days. It’s a special art form that is threatened with extinction, maybe partly also due to the decline of the album concept in general. Somehow this is kind of sad especially when you – out of the sudden – meet an example of that art form which really gets the idea of a concept album. Blown Away by Finish synthpop duo SIN COS TAN is such a record. It’s a story of epic dimensions and besides that it’s just a brilliantly done pop record that will accompany you in the haze of the remaining summer days.

When the American dream turns into a nightmare: Michael Burana, the protagonist of Blown Away, is a 52 year old ‘Mr. Nobody’ who’s facing a failed marriage and a dead-end job scenario. Sounds like time for a change of circumstances. In the case of Mr. Burana this means a move to Mexico and a new career as a drug runner. Sounds a bit like Breaking Bad only without the meth and the drastic display of the abysmal depths of humanity. Well, and maybe set in 1985 instead. Walter White goes Miami Vice – and in the middle of it all the enigmatic electropop of Juho Paalosmaa and Jori Hulkkonen. The two gentlemen invite us to follow Burana’s path into their musical microcosm as they explore a story of love, lost, lust and leisure.

Divorcee thematically opens the story with joyful and gentle synthpop. ‘All my love affairs, come back to me’ begs Paalosmaa in the role of Burana. Still the track remains a feel-good opener despite it deals with the world of a grown-up man falling apart. We’re following Mr. Burana straight to new optimism in form of Love Sees No Colour. We’re officially promising you an irresistibly catchy chorus in this one. Next stop – the flight to Mexico. A GIORGIO MORODER-inspired sequencer synthesizers takes us into A New World. Afterwards Columbia unfolds tropical beauty and South American spirit as it resembles the recent work of acts like KORALLREVEN or TAKEN BY TREES. Looks like Scandinavian artists remain experts in the creation of such a musical environment.

Following the rise and fall of Burana is a joyful adventure. The story is indeed one of the strength of the album. In combination with the lyrics it helps to instantly creates images as you follow the protagonist’s path. Lifestyle does not only start with a Miami Vice drum roll but lets us directly slip into the new earned extravaganza of the drug dealer Burana. We’re riding the highway (Traffic); fell for girls and other temptations (Addiction) before finally realizing that it’s not just a game. ‘The DEA has my number on 24h watch’ sings Paalosmaa in Cocaine close to the end of the album. Drama arises but SIN COS TAN keep the music catchy and lightly right until we end the album in the Heart Of America. The rise and fall of an average American, performed by two Finns. Quite a fascinating combination.

It’s not just the content that remains coherent during the duration of Blown Away. It’s also the sound. SIN COS TAN celebrate the opportunities of retro-inspired pop music. You can sense the great amount of passion and commitment these two gentlemen put into the making of that album. But it was worth the effort since Jori Hulkkonen and Paalosmaa created a few of 2014’s finest pop musical moments on Blown Away. A must-listen for all lovers of intelligent and creative melodies who aren’t afraid of cliches and big gestures. Time to write the fitting series script for Breaking Burana and hand it over to a bunch of American TV stations.

SIN COS TAN’s ‘Blown Away’ truly is a hidden gem of 2014, creating easy floating pop music with a tropical retro flair, based on an epic story.