Ten Years After: Tiger Lou and ‘Is My Head Still On?’ 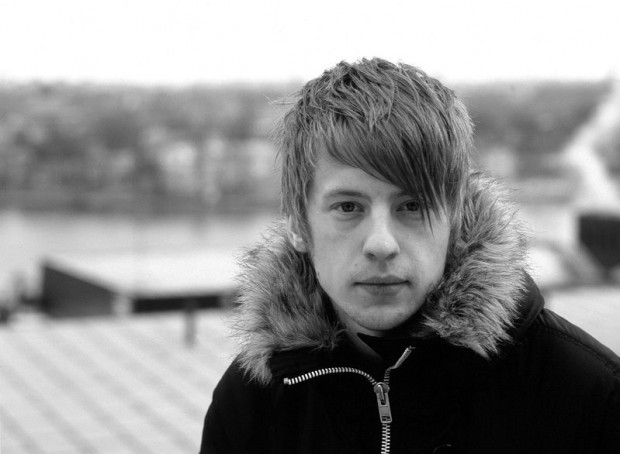 Rasmus Kellerman… back in the days

Sometimes one decade feels just like the blink of an eye and only seconds later you’ll find yourself looking back. It’s no secret that we from ‘NOTHING BUT HOPE AND PASSION are huge fans of Swedish songwriter Rasmus Kellerman and his band TIGER LOU. Our recent visit to one of the band’s comeback gigs in Stockholm was drenched in nostalgia and the feeling of pure enjoyment while revisiting these songs. Although – as Rasmus also stated in a recent interview with NBHAP – the band is still figuring out what to make out of this comeback we’re pretty sure something will come. And what better year to do so as in 2014. These days TIGER LOU‘s debut album ‘Is My Head Still On?’ celebrates its 10th anniversary. Time to look back. And why should we take the honour if we can have the artist talk about this special time of his life? The following lines are personally written by the man himself, Mr. Rasmus Kellerman.

One of my fondest memories of 2004, is being handed the first pressing of the Oh Horatio CD-single. Me and my label boss Fredrik, went to the pub next door to his office, and about five pints in, he climbed atop a table and shouted something about taking over the world. After that he went home, and I headed down the street to Debaser, to meet up some friends and continue to celebrate the first single, off of my first proper album ever. At one point I was all alone on the dance floor, spinning around with my arms full of records, and at random spun toward people and gave them free copies. I wish someone would’ve filmed that scene. Drunk as a skunk, at like 20:30, screaming at people: ‘Here, this is my new single, I’m TIGER LOU and you’re gonna love this tune!’. It’s really sums up the naive, spontaneity of the album, and perhaps life itself at that point. 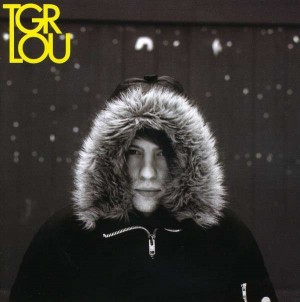 Original artwork of the TIGER LOU debut ‘Is My Head Still On?’, released in spring 2004.

During the recording, I don’t remember ever stopping for a minute, to contemplate or analyze what the hell I was tying to do or archive. Some songs were old, some new, and some were written on the spot and recorded the same day. The band was about five minutes old, so I played most of the instruments, apart from drums on all the tracks Pontus had played live, and bass, which Rolf Klinth did. This was my prefered way of recording – making quick, intuitive decisions, totally ignoring the fact that the finished song, would last forever. So the album as a whole, is very much a product, of not giving a fuck. For that fact, I love it.

We have The Sound of Crickets, a goth-ballad, who was written to accompany any random Tim Burton film. I thought a lot about Edward Scissorhands, obviously. Danny Elfman-choirs and lyrics about bugs and shit. Sell Out is a hybrid between one of my all time favorite tracks Le Vent Nous Portera by NOIR DÉSIR and a JULIE DOIRON song called The Best Thing For Me. I remember giving that song to Pontus and asking him to play exactly the same beat. Luckily he got his own beat going, and the rest is history. It’s still a very interesting blend of rhythm, melody and complete nonsense lyrics. Oh Horatio was a ballad from the get go, but at some point got turned into the steady as a train power-pop beast it remains to this day. It has defined my entire career and followed me through everything. Is is the best song I’ve ever written? Not by a long shot. But every band, every artist, has one of these songs, the ones you really have to make an effort to shake. I love it, but I’m more enthusiastic to play newer songs live. 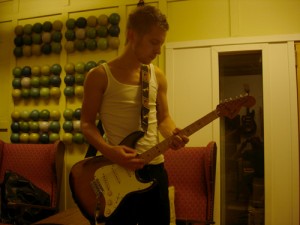 Warmth is one of those, written-and-recorded-in-a-day-tunes. I remember playing the piano riff, and Rolf saying, ‘That sounds cool, we should record it’. His lap steel solo at the end is so good. Another dark piece of music, and one I still feel connected to. All the W-songs of the album has a special place in my heart. And as such, I totally freaked out the first time I heard Pontus play the beat for The War Between Us. I just had this little simple riff, same chords as Oh Horatio, that I use to play at sound checks. One day he just started playing this. A very original song from every aspects. The Rhodes played by Viktor Ginner (who was apart of the band and this point), the amazing flügel horn by Daniel Johansson, the riff, the action of the tremolo guitars. Everything just comes together and to life on this one. Still one of my favorite tracks to perform. Last year, at both our shows in Gothenburg and Stockholm, we had horn sections!

Like You Said was recorded for a short film, but ended up on the album cos it didn’t sound like anything else. What a notion! After that we take a a little detour into country territory, as Last Night They Had To Carry Me Home shoots off. A song about happines, and it sounds like it to. The Wake/Hooray, Hooray was the last song we recorded, and had also been previously released on the Araki-record. I wanted something less singer/songwriter, and more cool arena rock band! This one is also a pearl to play live, such a nice, simple and steady groove, with almost a kraut quality to it. All In Good Time is my attempt at being Jeff Buckley. Jesus, and it goes on forever. For some reason Lowdown is there at the end. Never include joke-songs on any album. Ever.

To wrap things up – ten years later, and not a lot has changed. I’m still trying to figure out how to finish a track, and how to get people connect to it. Everything comes down to those basic facts. Creating something of personal value, leaving it in the hands of strangers and hoping they can relate to it. If that happens, I’ll die a happy man.