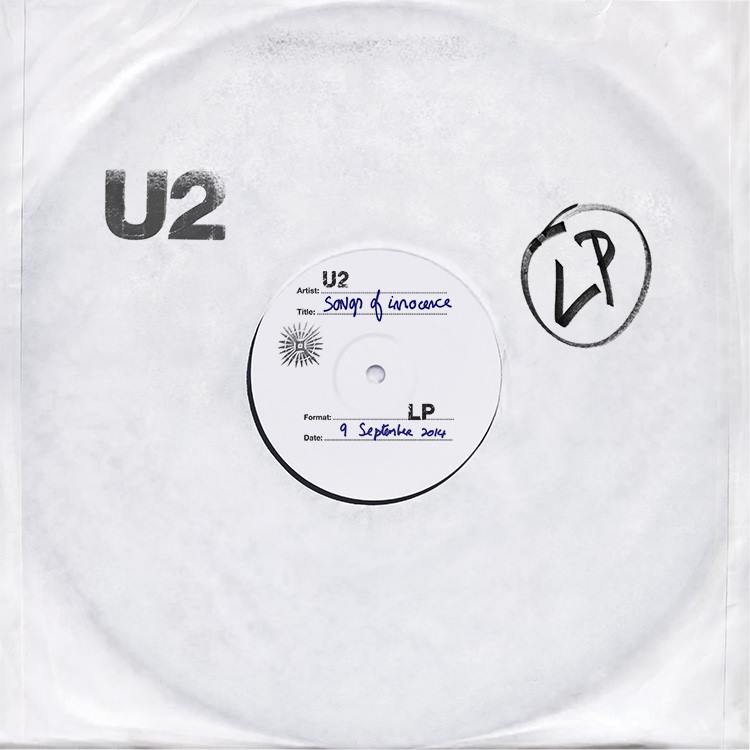 Usually Bono is a strong Irish rock in public. Confident, sometimes kinky but always surrounded by an aura of wisdom and serenity. There was a brief moment in 2011 during a Q&A after the screening of U2‘s documentary From The Sky Down when we witnessed cracks in his surface. Touched by the images of the movie that celebrated 20 years of the band’s redefining 1991 record Achtung Baby Bono’s voice suddenly cracked when he talked about the state of the Irish superstars two decades later. The band just finished their massive 360° tour which set new standards and records. But 2009’s album No Line On The Horizon received mixed reviews, leaving the band in a strange state of vagueness. During the panel Bono really had no idea what to follow this and he was publicly doubting the group’s future.

Of course, three decades after entering the world of U2 were still capable of unfolding an impressive stadium show, presenting their hit-packed back catalogue to their fans. But is this all the band wants? By that time Bono saw the group at the verge of irrelevance. Times have changed and the question was legitimate: does the world still need preaching Bono and his boys? Can they relive the spark of those Berlin days in the early 90s and finally arrive in the 21st century? ‘You have to reject one impression of the band first before you get to the next impression and in-between you’re nothing’ was one of Bono’s key sentences in the From The Sky Down documentary. It became the singer’s wish to retain his group’s own relevance. And not a lot of artists are reflecting themselves that much after 35 years in the business.

Songs From Innocence, the band’s surprisingly released 13th studio album, surely is no second Achtung Baby. It’s also no reinvention of the well-known U2 formula. The whole Apple-launch/ iTunes thing might be a well-planned publicity stunt that totally fits to the biggest rock group on the planet and gave them the amount of media attention they were craving for. Besides that questionable but clever marketing method Songs Of Innocence is a solid piece of work, one that doesn’t ruin the band’s own legacy and allows them a fresh start in certain points. According to Bono it’s a personal record that reflects on the group’s own past and influences in order to maybe provide a path for the future.

In an almost desperate attempt to find themselves a contemporary and ‘relevant’ sound U2 have used plenty of producers in the past years. Even the name DAVID GUETTA was rumoured in the meantime. A lot of these Songs of Innocence were created with producer Brian Burton aka DANGER MOUSE in the past two and three years. Later on in the recording process acclaimed producer Paul Epworth (ADELE, BLOC PARTY) joined the gang as well as a lot of old friends by the band like the almighty Flood (producer of Achtung Baby). U2 wanted to relive the spirit of their early post-punk days, reignite the fire bands like the RAMONES, THE CLASH or KRAFTWERK once started within the hearts of these four Irish lads. 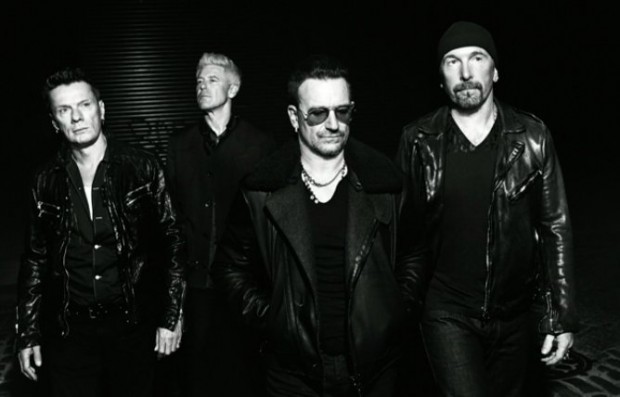 It surely is no surprise that the record opens with The Miracle (of Joey Ramone), a musical love letter to the legendary punk rocker. Of course, Songs Of Innocence is no punk record. Even that pumping opener is basically nothing else than an updated version of the band’s well-known pop/rock of the past years, including a lot of unfitting ‘Oohs’ and ‘Aahs.’ While this might not be the toughest exclamation mark to start this comeback album it’s just one of the really few weaker moments of the record. Just after the start Every Breaking Waves takes us back to the anthem-loving home waters of U2 (to stick with the ‘sea’ metaphor of the track) before the powerful California (There Is No End To Love) takes us up to new heights. An instant hit in the best U2 tradition with a fresh ‘2014 pop sound.’ It’s as if the Irishmen reprehend COLDPLAY, THE KILLRS and Co. by saying: ‘Look guys, we’re still the number one of stadium pop. Don’t you dare to forget that.’

Songs Of Innocence is a surprisingly up-tempo sounding and well-balanced album by U2. It’s far more pop than their work of the past ten to fifteen years as it softens down The Edge’s guitar play plenty of times and give more room to piano, synthesizers and catchy melodies. Iris (Hold Me Close), an ode to Bono’s mother, is an almost danceable piece of pop, driven by human drum machine Larry Mullen Jr. Still, rockier moments are still possible in the latest impression of the band. Volcano delivers a loveable and dirty bass line by Adam Clayton while Cedarwood Road adds a decent blues note rock to the quartet’s sound. The influences of adolescent wave rocking U2 are sensible everywhere. May it be lyrically (Raised By Wolfs) or musically (This Is Where You Can Reach Me Now is an obvious tribute to THE CLASH).

Atypically for Bono the lyrics on Songs Of Innocence are indeed way more reflective and autobiographical with a lot of inside jokes and references probably only a few people will get. The front man is less looking for world piece but more for a connection with the people close to him. ‘Tomorrow dawns like a suicide’ sings Bono in the synthesizer-drenched Sleep Like A Baby Tonight, still being aware what troubled world might await us on the other side of the night. The Troubles, a tender and melancholic sort-of-duet with LYKKE LI, closes the album in the most beautiful way. Right here U2 really manage to touch the listener and deliver a contemporary piece of pop. Songs Of Innocence might not avoid the impending and inevitable irrelevance that U2 are facing (and neither will the already planned Songs Of Experience) but it shows once more what made this band so influential. It’s the unruly will to question themselves, their music and own legacy that keeps U2 moving into the future. And we have a strong feeling that it is indeed not for the millions of dollars, Apple commercials and stadium tours but for their sheer love of music after all.

Despite being a well planned marketing stunt U2’s surprise LP ‘Songs Of Innocence’ is a satisfying piece of pop/rock that shows the Irish superstars in playfulness and with exciting ambitions to stay around just a bit longer.