Looking back on the timeline of my musical discoveries over the years as well as my listening habits, I have been drawn to the the singer-songwriter genre for quite a while now. Personally speaking, I consider it to be a genre which, in terms of its output, often tends to have the biggest impact on me on an emotional as well as intellectual level – if done right. Perhaps, this is why I have been the most sceptical of it to this date, too, when it comes to new singer-songwriters appearing on the scene.

In 2010, however, there was one particular debut album that arrived in my inbox which made me listen attentively from the first note to the last – Villagers’ debut album Becoming A Jackal. I remember well how the carefully crafted songs immediately struck a chord and I was intrigued by the album’s emotionally charged substance and foremost Conor J. O’Brien’s touching, but at the same time evocative vocal performance.

A fraction of the future

Being in my final year at university back then, attempting to write about music professionally and listening to a great deal of new music all while a new chapter in my life was about to begin soon, it felt like one of these moments where you simply know that you have just come across an album that has a lot more to offer than the average singer-songwriter record.

With Becoming A Jackal being shortlisted for the Mercury Prize and Choice Music Prize that same year, the critical acclaim was already high – and rightly so. Villagers’ creative journey was only at the start, yet, the album’s fair amount of stylistic range and display of poetic storytelling indicated this was only a fraction of what was about to come and Conor J. O’Brien would share with his listeners on his following albums. Still to this date, the thoughtfulness, sensibility and Conor’s distinctive way with words are striking and at the core of his work. 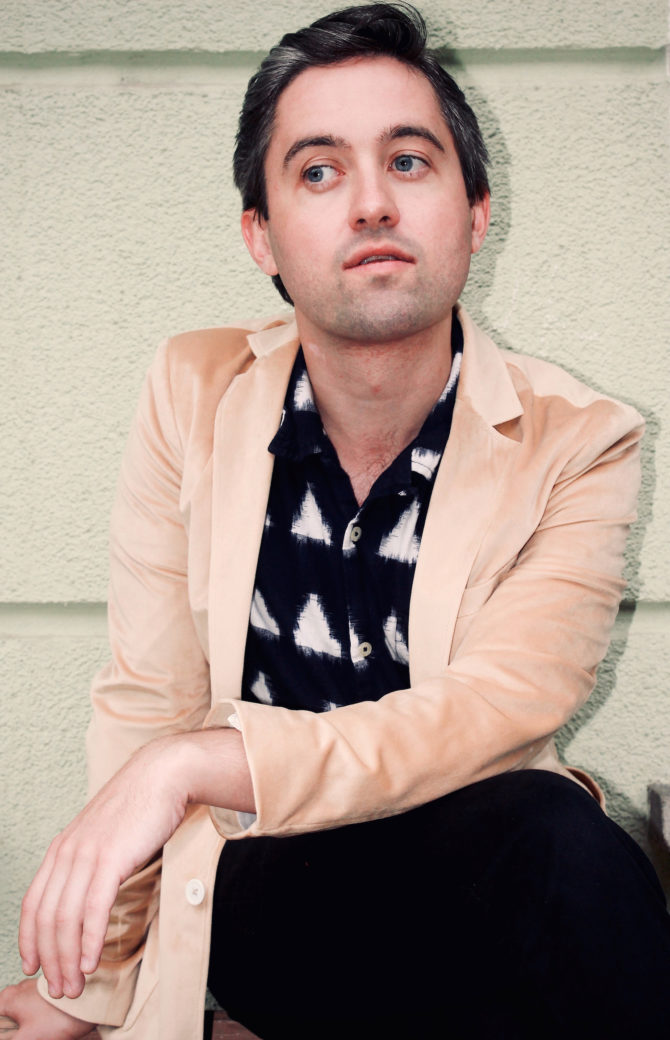 The often metaphorical lyrics and sombre atmosphere of the songs on Becoming A Jackal, in particular, all playing into the album’s appeal. The blending of light and shade, a certain sense of disquiet and the fact that Conor played almost every instrument on the album himself, were only a few reasons why the songs left me very impressed upon hearing them for the first time.

Have You Got Just A Minute?

Having ventured out into his newly founded solo project Villagers after successfully playing with his former band The Immediate, Conor J. O’Brien’s debut album saw him taking on a solo career on a path that was sophisticated, but intimate and sincere at the same time. Masterfully shifting between a band sound and beautifully introspective nuances with spare instrumentation and a musically stripped down approach. Never failing to convey a genuine truth – no matter how big or small the songs’ arrangements were.

It has been ten years since the album’s release and I still consider I Saw The Dead to be one of the best album openers I have heard in a long time. Its opening line ’Have you got just a minute…“  has actually turned into ten years of me gladly giving every new Villagers album my attention and holding their multi-layered musical output in high esteem. Ever since the summer of 2010 and my first opportunity to see them live, I have found their shows equally enriching and remarkable. Whether in a bigger set-up throughout the years or soaking up the songs’ emotional weight with Conor alone like the first time I saw Villagers supporting Here We Go Magic on a sticky hot summer night in Berlin in July 2010.

A memorable evening that saw him opening the set with The Meaning Of The Ritual all alone with his acoustic guitar. Thirty minutes later, I was convinced for good whatever the future would hold for Villagers, there would – most certainly – be a lot to look forward to. Ten years and five albums later, this feeling has not changed with Conor J. O’Brien continuously exploring his emotional depth and surrounding in a heartfelt, musically exciting way. A journey I am more than happy to follow for many more years to come. Have you got just a minute? Well, then you are well-advised to spend it listening to a Villagers tune.