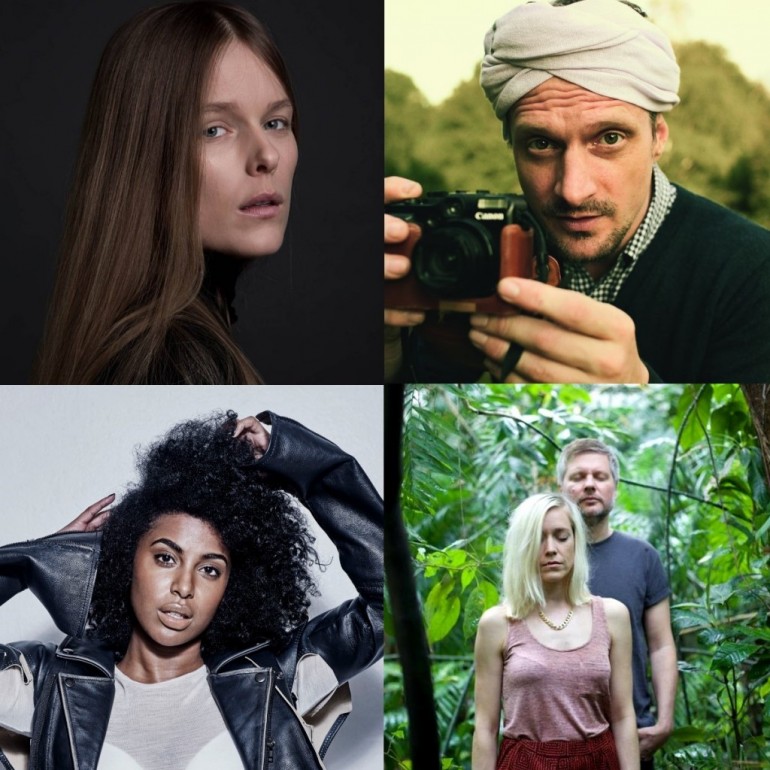 Swedish singer-songwriter and multi-instrumentalist Emil Svanängen aka LONEY DEAR hasn’t released new music in quite some time. His most recent album dates back to 2011. But now, he returns with a ghostly new single called Hulls which is also a first teaser of a potential seventh album which might eventually go by the name Comma. It’s a really sweet piece of nightly pop. Witness it below.

Even over 40 years after Autobahn Düsseldorf can’t really shake off the KRAFTWERK heritage. Even local electronic collective STABIL ELITE was labled far too often as the rebirth of krautrock once they hit the spotlight a few years ago. Now, they found their own nice and their new album Spumante (Out May 13 via Italic) is about to document that as well. It makes sense that they named the first single Alles Wird Gut (‘Everything’s Gonna Be Good’), right?

Danish pop artist LISA ALMA is an old friend of NOTHING BUT HOPE AND PASSION since we previously featured such tremendous pieces like Fine and When I Knew. Now she’s ready to unleash Thigh, her third full-length. The self-produced album is set for a release on April 29 and she just released a first single from it called Lovesick. It’s an infectious piece of 90s-influenced tropical R&B pop that is just destined to make its way into your spring playlist. Get addicted right here.

Believe it or not but our old friends BOMBEE are finally ready to release her new album Golden Cage on April the 1st. No joke, indeed. They’ve already given us Calm Down and Clear Lines last year and now Numbers is the third teaser we get from the new album. Sensual synthesizer R&B that might work best at night which might also explain the setting for the accompanying music video which sees singer Alexander driving through the nightly city.

It’s been ages since we covered up German indie pop band WRONGKONG, following their catchy 2013 singles See It Coming and The People. In the meantime the band shrunk together and became a duo with producer Thomas Wurm and singer Cyrena Dunbar as the remaining members. That might also explain the change in sound which is way more electronic on their new single Feel. Still, they managed to come up with a really sweet piece of sensual pop here. A new EP called Alive is also on its way.

The first single from the anticipated PHORIA debut LP, Saving Us A Riot, made us wondering. Did the band now go full acoustic? Obviously not as Evolve, the second track off the new album proves. It got all the gentle electronic vibes you’ve come to love from the group. The album Volition is set for a release on June 3 via Humming Records / XNovo.

If a band describes its sound as a ‘trance flight into an imaginary land’ they put their money where their mouth is. In the case of Poland’s JAAA! this actually works as they deliver a haunting selection eclectic electronica that mixes a dreamy character with complex structures, all done on a high quality production level. If you happen to love the music of MODERAT and Thom Yorke’s ATOMS FOR PEACE you’ll definitely shout ‘Jaaaaa’ when experiencing their song Remik below. A album by the same name has been released last fall as well and you can listen right here.

Swedish singer BISHAT showed off her musical talents with a track called Some Things, which effortlessly sliced and diced three songs as diverse as THE WEEKND’s Often, LYKKE LI‘s No Rest For The Wicked and DANIEL JOHNSTON’s Some Things Last A Long Time into a coherent and slick mashup. Now she’s back with her debut single proper Sober, a dash of widescreen capital P Pop that pairs big melodies with glitchy, warped production. We’re happy to sit back, spin this on repeat and wait eagerly for more.

For all fans of high quality electronic dance music the name Pampa Records does ring a bell. Founded by Marcus Fink and DJ KOZE the label now releases its first sampler called Pampa Vol. 1 on April 29, featuring new material by artists like MOUNT KIMBIE and JAMIE XX. DJ KOZE himself compiled the selection and he also reworked 9 Years by ROMAN FLÜGEL, resulting in the banging floorfiller you can witness right here.

SAD CULTURE‘S Raspberry Ooze is a song about, among other things, times when ‘your girlfriend’s vomiting raspberry coloured sick’, which I’m pretty sure is what Life On Mars is about too if you read between the lines. It’s a lovely piece of slacker-pop, scruffy melodies paired with a jaunty bounce and half-yawned vocals to excellent effect. It’s out now on Art is Hard Records, and you can grab it as part of their Pin Pals singles deal, where they release singles with their own limited edition pin design. Which is pretty nice. Listen below.