Black Midi seem to be the most hyped band hailing from Britain at the moment. Despite being just in their teens, the band whose members have attended the renowned Brit School, gained quite a reputation both, in the South-London scene and abroad. Especially their energetic and experimental live shows enthused the audience. Until the release of their single bmbmbm last June via speedywunderground, you couldn’t find anything about the band online except a NTS session online.

Earlier this year they signed a record deal with Rough Trade and the long-awaited debut album Schlagenheim was released just last week. It’s a album full of heavy free improvisation, that’s full of noise rock, punk, and even shoe gaze influences. NBHAP author Louisa sat down with Geordie Greep and Matt Kwasniewski-Kelvin, both vocalists and guitarists, in Berlin to talk about their recent touring and recording experiences. 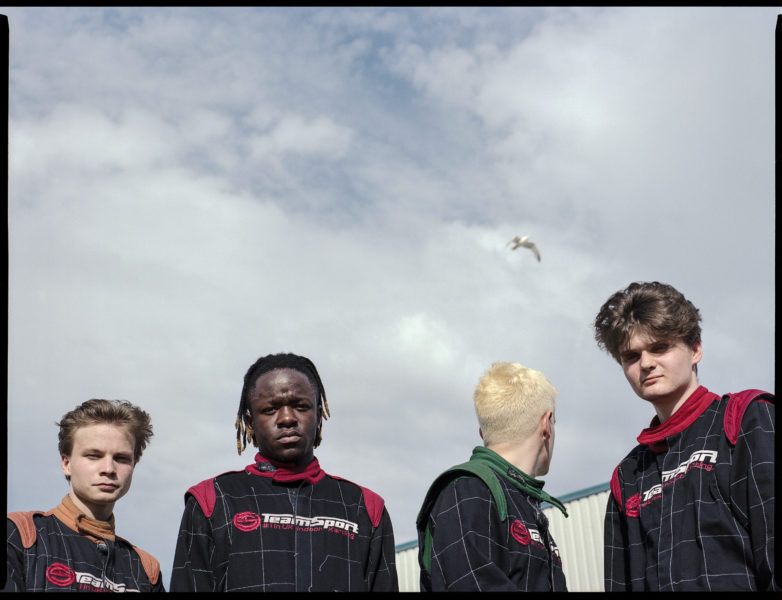 The album title ‘Schlagenheim’ sounds quite German, whats the story behind it?

Geordie: It’s just a word I made up. The sound is quite Germanic. It’s like a word in the Western song. I use to watch Western films, all the Western films from Sergio Leone – Western music as well.

You’ve gained quite a reputation for your live shows. Do you enjoy them more than the recording process in the studio?
Geordie: Recording is equally as rewarding as touring. It can be really really bad if you’re not with the right people and it’s not flowing. But when you’re with Dan Carey, through that partnership as it has been for us, you can keeping going through the songs and keep having ideas.

Matt: They’re both on equal levels. We both love doing shows and working in the studio, depends on who you’re working with or the vibe that night.

How was the work with your producer Dan Carey?
Geordie: We did the single with him and it went really well. With the album it worked better than we hoped. It was an excellent process. He’s a really good and creative producer, he’s always got ideas and lets you do whatever you want. He doesn’t tell you that something wouldn’t work, he wants you to give yourself a go.

Matt: Some producers aren’t like that. They talk half an hour about what they want to do.

Geordie: He hits record as soon as you’re competent at a part, but not too competent, not going through the motions. You’re working it out as you’re playing it and having a good old jam through. That’s when he hits record and that’s how he gets the best performances.

We want to get better, keep things fresh for us, keep it going somewhere

In an interview you stated that you will sound completely different in two years time. Is that your personal goal?
Matt: It’s kind of an objective more than anything else to keep doing new things, pushing what we can do and pushing ourselves. We are content with what we have done but we just want to keep moving forward and do new stuff.

Geordie: Yeah, that is our personal goal. We want to get better, keep things fresh for us, keep it going somewhere. We don’t want to sit on the same thing forever. 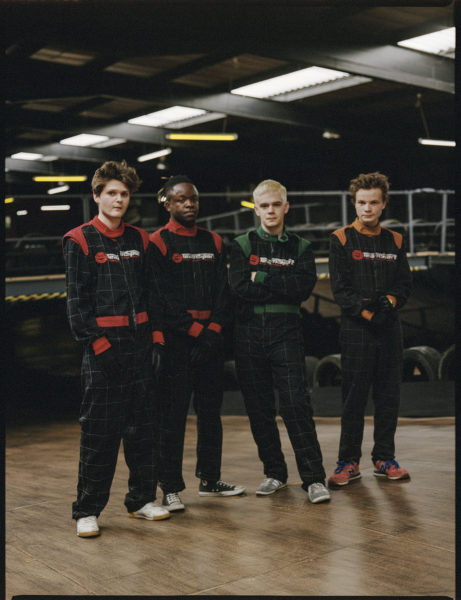 Do you consider yourselves belonging to a scene, after having played the Windmill Brixton several times?
Geordie: We don’t belong to a scene or anything. We played at the Windmill, it is a really great venue. It’s really accommodated. We kept playing there but we don’t play there as much now anymore. We play wherever there’s a good sound system and stage.

Matt: That’s the main thing. We’ve been struggling sometimes with noise restrictions, sometimes the staff doesn’t understand that we are a loud band. It’s kind of hard to get across what we want people to hear.

Geordie: Yeah, when you are touring it’s really inconsistent . Sometimes you have five minutes to soundcheck, that’s a really weird vibe at the gig. It depends on the city.We are playing all sorts of places this year, even far places like Russia or Japan. It’s going to be a busy year. We’re quite excited about that!

There are no rules

What has been your tour-highlight so far?
Matt: Playing in Antwerp – the first show of our European tour – that was good. We had plenty of good shows.  Recently our most-loved shows was the gig in Tottenham, where we played for two hours.

How did attending the Brit School shape you as musicians?
Matt: You can use free rehearsal studios. You have two or three years to work with each other, see what works and mess around, basically. We kind of had our head stuck as we left school and, by the time, we got to play at the Windmill, we had already found a thing we could do in a unique way. Most bands, when they start playing gigs are just gigging around without a clear perspective. The first year, or so, is learning what they should be doing and practicing on stage. We had all that time at the Windmill already, so that was out of the way. If we had played Windmill what we first played at Brit School, we wouldn’t have gotten anywhere. It was because we had all the time playing together.

Geordie: You can either do four years to two years there. They’ve got music, theatre, dance but we just went there for the music course.

Matt: We are grateful to be doing this. We used to have jobs, work in stationary jobs. I was working in a bar, working in construction, air condition, and stuff like that. I was balancing that with the music. Once the music stuff got more demanding, I was able to drop the other jobs.

You name numerous influences such as Death Grips or Danny Brown. Is there anything you’re currently digging?
Matt: We listen to so much music. There’s nothing we don’t listen too. If it is good, it is good.

Geordie: There’s no genre we swear by, either. There is no genre of which we like everything. In every genre there are musicians that stand out. Older music has the same advantage as other older art forms – you look at it in a vacuum. Today, you have got all these years and you can just pick up all these different things from different eras. It is easier to find more good music, good old music because it has already had the time to be digested and there’s more of it. Now everything that comes out is either good or not. It seems like there are less big things coming out now, because we are looking at it year by year. If you look at previous generations , there was probably the same amount of releases each year but because you’re looking back at it we tend to fuse it to spans of ten years or so. Like that it seems like there is more today.

Black Midi are playing at this year’s Haldern Pop Festival from 8th to 10th August, presented by NBHAP. 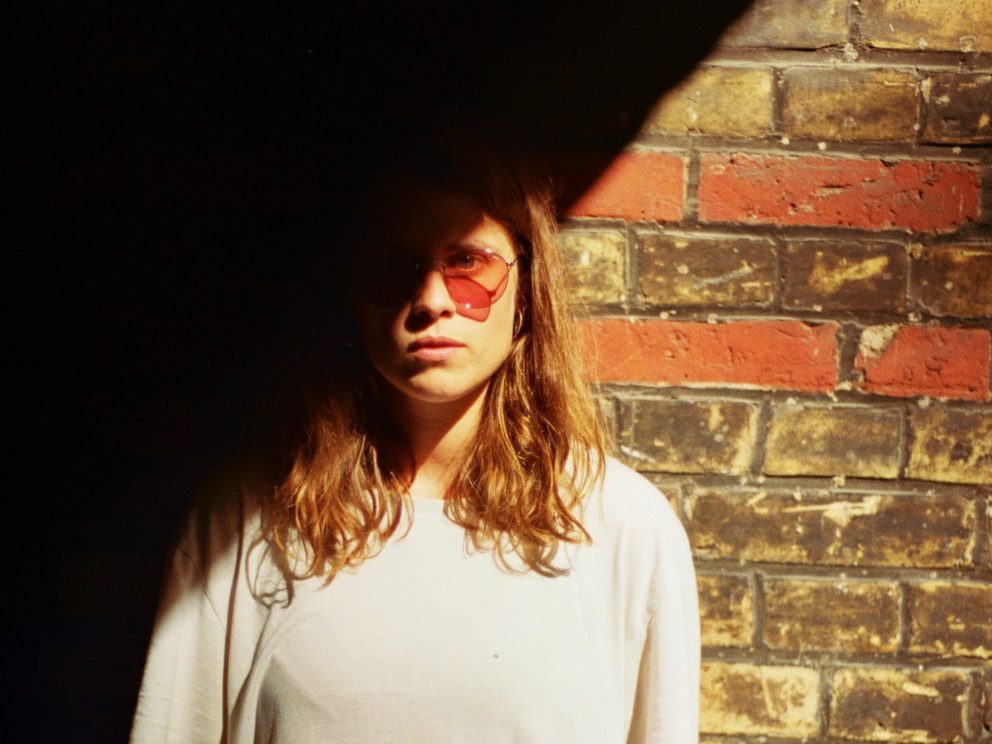 London is having a great musical run so far in 2019. With artists like Shura, Kate Tempest, IDER the city is bursting with creative energies. And you wouldn’t be able to speak about London’s fierce artistic scene without mentioning Marika Hackman. The singer has dabbled in various genres so far, and decided to not settle down. So, we had a chat with the down to earth woman to figure out what’s behind the vast musical facade. 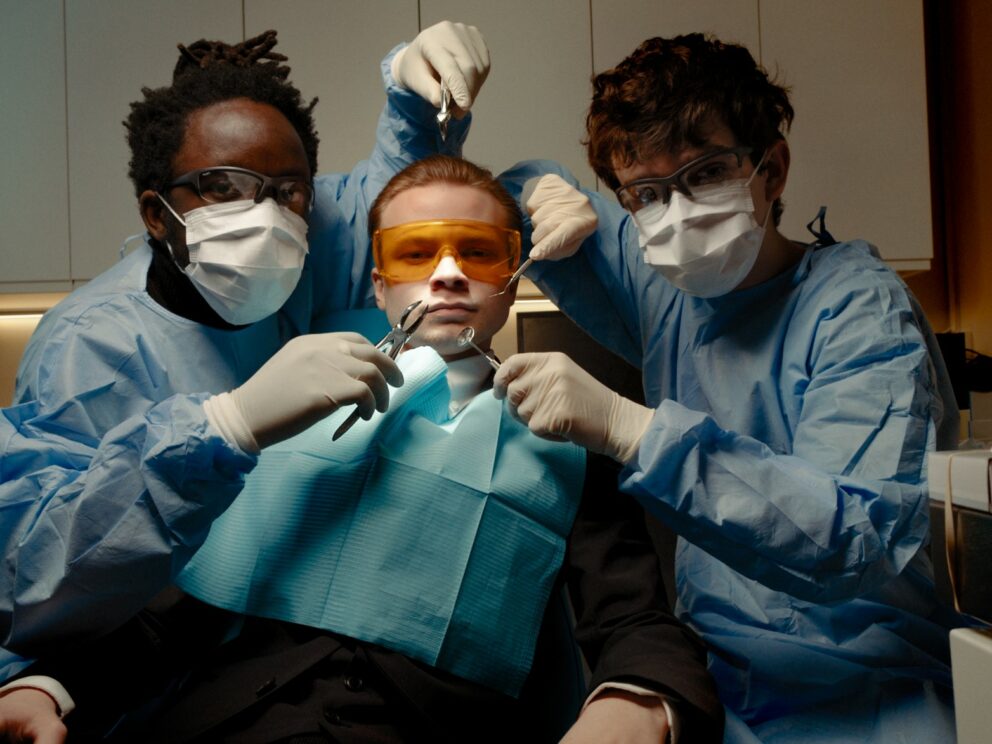