City Report: Why Melbourne is the centre of Australia’s music scene 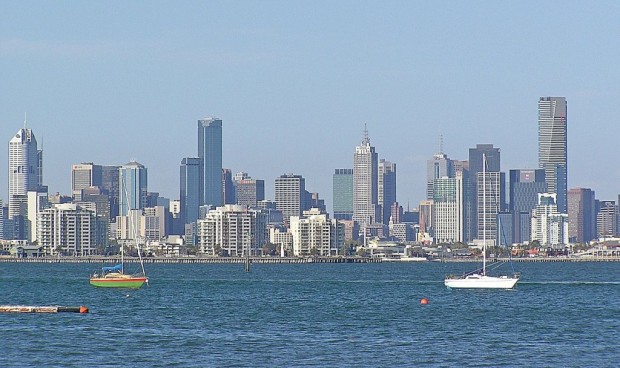 The Melbourne skyline by day

Welcome to Melbourne! Nestled into the coast of Australia’s underbelly and with a population approaching four and a half million, Down Under’s southernmost metropolis is both the capital of the state of Victoria and the country’s second-largest city, just behind the famously bridged harbour darling of Sydney.

Like all Australian cities, the next major hub is a plane trip away and like all Australian cities, it sprawls considerably. Aside from the business district of the city centre, which is riddled with skyscrapers and big-name hotels, Melbourne quickly flattens out into a sea of houses and backyards (the grassy arena for all of that alleged shrimp-barbecuing). With this space to breathe surrounding suburbs become microcosmic bubbles, from the windy beaches of St. Kilda to the edgy hotspots of the North. 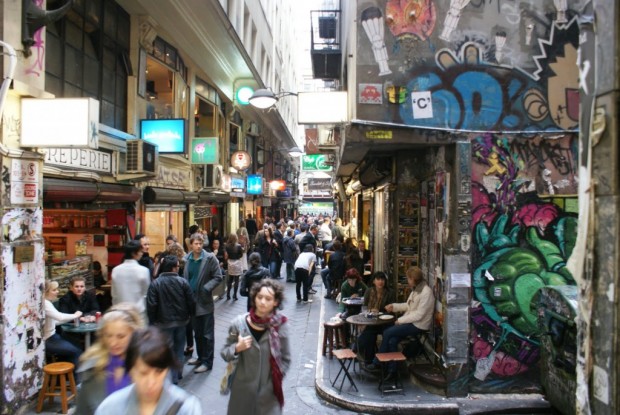 Melbourne is famous for being Australia’s creative hub. In visual terms, it’s home to numerous impressive institutions such as the National Gallery of Victoria, ACMI and the Australian Centre for Contemporary Art. Melbourne is also the most multicultural city in Australia. Various waves of immigration over the years have ranged from the first European settlers to considerable numbers of Chinese, Italian, Greek and Vietnamese migrants – the city also thrives on its strong café and restaurant culture and, not surprisingly, food options are hugely varied with flavours drawn from across the globe.

Rent prices are steep in Melbourne – surprisingly, they aren’t so far behind those of London. Wages tend to be high to make up for it, however, and access to generous student and unemployment benefits is a means of getting by (particularly for those pursuing creative endeavours) that can’t be underestimated. The fortnightly pay cheque from the government is enough to scrape you through in Melbourne, though it certainly isn’t paradisiacal. As a result, dumpster diving, warehouse living, public transport fare evasion, predrinks and a familiarity with happy hours are all worthwhile habits to indulge in. 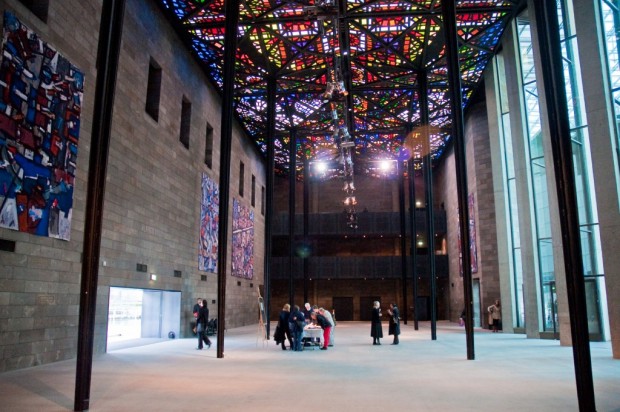 The National Gallery of Victoria

With mix of major touring acts and a burgeoning local music scene filling stages, Melbourne has proudly taken the title of Australia’s live music capital upon its shoulders. A recent census confirmed that on an average weekend night almost 100 000 punters attend live music events across a smorgasbord of venues (close to 500 of them). These range from larger venues like the Forum Theatre, Festival Hall and the Palais Theatre down to slightly grittier and cosier watering holes like the infamous Corner Hotel, the Tote, the Northcote Social Club, Ding Dong Lounge, Cherry Bar and the Workers’ Club. Despite its explosive pulse, it isn’t always smooth sailing for Melbourne’s live music ship; the fight to save the historic Palace Theatre from being demolished in favour of hotel suites is a telling example of an uncomfortable collision between interests in a growing city.

Melbourne is home to large festivals like BIG DAY OUT and SOUNDWAVE but also a fresh crop of smaller boutique celebrations such as LANEWAY and SUGAR MOUNTAIN, all of which occur over the warmer early months. SUGAR MOUNTAIN, held in the Victorian College of the Arts, provides a perfect example of the eccentric artistic collision in the gristle of Melbourne’s throbbing heart by combining oddball international acts such as ARIEL PINK and BO NINGEN with an extensive visual program and a banquet of trendy food options. 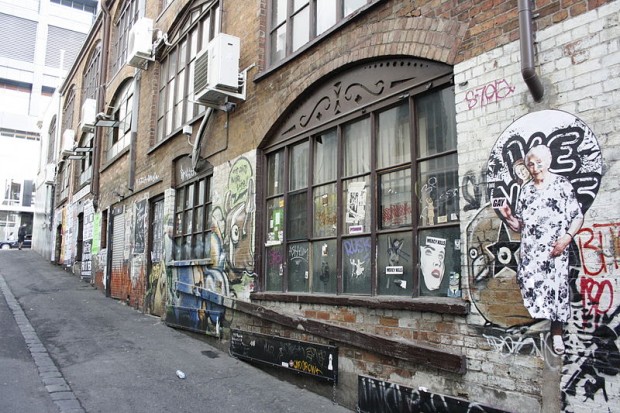 Rumbling of the underground

Whether you realise it or not, it’s likely that you already feel affectionate toward at least one of Melbourne’s musical exports; from heavy-browed gothic icon (and national musical deity) NICK CAVE to pop starlet KYLIE MINOGUE, the sizeable chunk in between includes household names such as DEAD CAN DANCE, CUT COPY, THE AVALANCHES, ARCHITECTURE IN HELSINKI and BEN FROST. It’s once we focus the lens and squint a little, however, that things start to get exciting. Sparks are flying across the DIY/independent scene and, despite the rush of the internet wave, many of Melbourne’s best bands are those that rarely leave or take root beyond their home shores.

It’s difficult to accurately pin the sounds currently wafting from the Melbourne underground. One term that’s arisen specially for the occasion is ‘dolewave‘, a tongue-in-cheek reference to the aforementioned unemployment benefits. It’s characterised by a dry, drawling vibe tinged with a healthy touch of suburban sarcasm. As a greater whole, the local scene is incredibly diverse and slightly rough around the edges, the focus often not necessarily on musical dexterity but a raw energy and willingness to experiment. Members of bands frequently swap to create new and intriguing limbs of the sonic tree, the branches of which span from psychedelic garage revival (THE FROWNING CLOUDS, THE MURLOCS), dark eighties-infused synth-pop (NUN) and slimy grimy post-punk (SHOVELS) to a strand vaguely reminiscent of twee pop (TWERPS, COURTNEY BARNETT), breathing together to create a strange web of audial bliss. 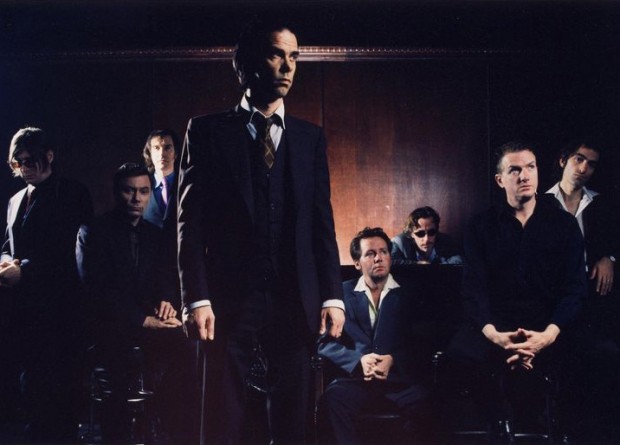 Nick Cave and his Bad Seeds

Now that we’ve got a working knowledge of the city, it’s time to work our fingers into Melbourne’s innards with a humble offering of five of its most exciting up-and-coming acts. Drumroll, please…

1. KING GIZZARD AND THE LIZARD WIZARD

It’s been a gargantuan twelve months for this troupe of self-described theremin-wielding psychopaths. Taking the cake as Australia’s most prolific band of the moment, the Gizz rounded out 2014 with two LPs and a Global Music Grant that sent them on a world tour, sharing stages with the likes of MAC DEMARCO and CONNAN MOCKASIN. Their special brand of warped psychedelic warble is unmistakable, with a pulse you’d be mad not to keep a finger on.

This quintet create an incredibly slick synthesis of garage and electronica, a post-punk potion that sounds a little like a tangling between WIRE and NEW ORDER. Their second LP, Typical System, was released in June to considerable acclaim, including nabbing eleventh spot in Rough Trade’s albums of the year. Often swooping under the radar, TOTAL CONTROL are one of Australia’s most consistently impressive acts.

Easing into the darker, sultrier side of the Melbourne underground, we come to synthesiser sweethearts HTRK. After the tragic passing of founding member Sean Stewart in 2010, Jonnine Standish and Nigel Yang continue to create elegant pieces of sonic tapestry that circle the borders of pop with an eagle’s grace.

Roughening things up a tad, THE UV RACE deliver a heady dose of raw garagey pleasure. Featuring a smattering of keyboards, plodding guitars and sometimes a saxophone howl, the mayhem is tied up with a ribbon of irony that makes them a longstanding favourite.