One Final Trick: How David Bowie prepared us all for his death on ‘Blackstar’ and we didn’t even notice it

One of the key aspects of magical illusion is that you only come to realize the essence of the shown trick once it is already too late. Could be minutes, could be days – suddenly it strikes you and you’re like ‘Oh, I get it. That was the trick’. By then the magician already left the stage. Expressive art can have the same effect and far too often we only get the deeper meaning in the aftermath of events. In the case of this special trick called Blackstar the magician’s name was David Bowie and his last trick was to prepare the world for his passing. Only now we’ve come to realize what a perfect final artistic idea that was.

When he released the promotional videos for the album’s singles – Blackstar and Lazarus – we were stunned by their great art direction, gloomy and spooky atmosphere and didn’t even noticed how much Bowie‘s body already paid tribute to the cancer we were all unaware of. Once again, his emaciated look just perfectly fitted to the concept of this songs and clips. We’ve mistaken it for a sudden interest in horror movies and the usual artistic craziness of the Thin White Duke although it was way more – a concept that was supposed to familiarize us with the presence of death in his life and in general.

No such thing as coincidence in the Bowie cosmos

The epic video for the album’s title-track starts with a stranded skeleton, dressed up as astronaut. And since Major Tom himself is singing you can’t just ignore the choice of the skeleton’s outfit. The skull is taken to a mysterious cult that is somehow also run by the man himself. We see David Bowie once again posing around, acting in familiar showman manner but something is slightly odd. A dark and scary presence got hold of him and his gestures. We couldn’t quite put our finger on it back then. Maybe the cult represents the obsessive Bowie fan cult in absurd way that continues even after his passing. Well, Major Tom was never a fan of this star cult and more a preacher of gentle understatement.

‘Something happened on the day he died /
Spirit rose a meter, then stepped aside /
Somebody else took his place and bravely cried /
I’m a blackstar! I’m a blackstar!’

The second and final video for Lazarus takes that idea even further, making the signs obvious and questioning us even more how we managed to overlook them. The singer is trapped and blindfolded in a gloomy hospital bed. A dark figure is grabbing for him, quite possibly dead or the disease itself. A second Bowie appears, once again doing his showman moves, trying to create art and manifest his thoughts for one final time. The master looks even more fragile than in the video before. In the end the showman is dragged into a small closet whose resemblance to a coffin can’t be a coincidence right here. Death has won this struggle.

I’ve got scars that can’t be seen
I’ve got drama, can’t be stolen
Everybody knows me now’

The fact hat producer Tony Visconti already confirmed that Blackstar was meant to be a ‘parting gift’ makes this whole final trick even more impressive. We can only imagine what went on in the head of David Bowie while he was recording these songs and shooting these videos. The awareness that he’s likely to loose his battle against cancer and still carrying on holds something brave and encouraging. The album itself might not be the best of his career as NBHAP editor Louisa Zimmer already pointed out in her short review but it sounds fresh, exciting and intense as if this man was once again willing to give all the remaining artistic power inside him. You can sense elements from almost every period of David Bowie‘s impressive career in this record – only he can make a saxophone-dominated glam rock brass section work on an electronic-infected beakbreat. 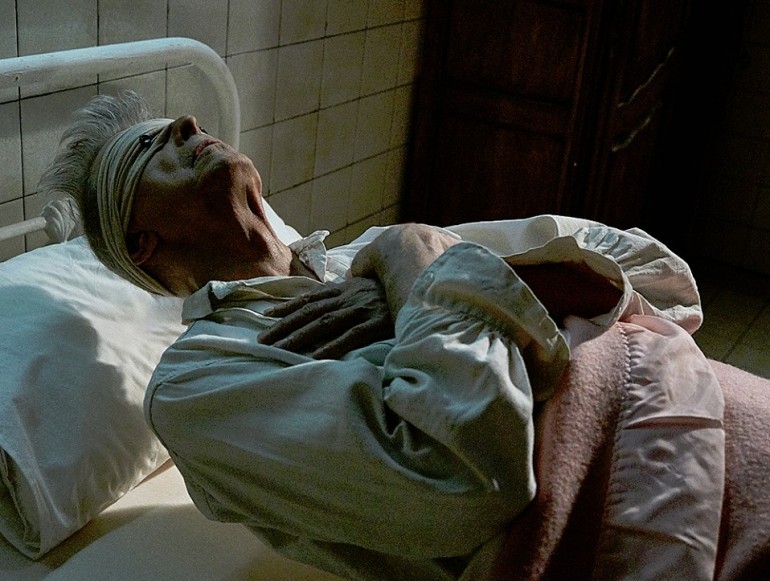 The awareness of the inevitable and the ability to deal with it in such a reflective, brave and fearless way that even allows Bowie to happily smile into the camera while doing so, that’s the main achievement of his final album. He just didn’t give a damn, right until the end. He wanted to die like he lived – by his own rules and without any pity during his final days. Bowie‘s artistic choices were always his own, from start to finish. That itself is the key message his life sent to every artist all over the world: don’t fit in, follow your guts and be your own boss. The changing music industry and economical pressure makes it almost impossible to remain fully stubborn in an artistic way these days, but a gentle reminder of this ever now and then isn’t the worst idea. Especially now that pop’s leading figure has vanished.

(of ‘I Can’t Give Everything Away’)

Aside from that the final Blackstar trick also teaches us to be aware of the presence of death and disease in our society. People tend to forget their own mortality these days, think they are larger than life and nobody will harm them. Guess what – we’re all going to die one day and it can happen every day. Not always are we able to prepare ourselves in the way David Bowie did but maybe we should be aware of life’s fugacity from time to time and embrace that fact, everybody in its own way. The Thin White Duke did it in form of a well-planned gloomy audiovisual performance, including his somehow perfectly timed death two days after the album’s release. For one final time you stand there, asking yourself: how did he manage to pull that trick? And as with every good magician he owes us an answer to this unsolved mystery. Well, in this case we’re not too eager to hear it…