Back For Immergut: A Personal Indie Pop Festival Diary

NOTHING BUT HOPE AND PASSION attended the festival again and we can’t no longer remember how often we have already attended the event. It’s like visiting an old friend. So many things feel very familiar. Like the nice little manageable terrain built with love, the historic red rail busses shuttling between the city’s main station and the festival area or the yearly soccer game that brings together the festivals organiser and the audience. Other things you’ll never become familiar with, for example a two hour drive through the woods of Brandenburg to find the little town of Neustrelitz that is home of the festival and its audience, every last weekend of may.

I fought with literally no mobile network on site, so he decided to play that game of festival coverage a bit more old school and wrote a diary.

We are on the road. The tank is filled, the route is clear, time to turn an ordinary trip to the countryside into an extraordinary road trip – let’s play some music… But surprise surprise, that crappy car radio of our beautiful vehicle, a sleek 1996 Honda Civic, won’t read most of the files of that highly subjective, very well selected MP3 festival hit mix I compiled for our ride. What a pity. For the next hours we would listen to another cd I’ve found in the glove box, containing only two albums of THE STREETS and some older TOM WAITS stuff… weird mix, isn’t it? By the way, did you ever ask yourself why they still call the little thing a glove box? I mean, who put actually gloves in there? 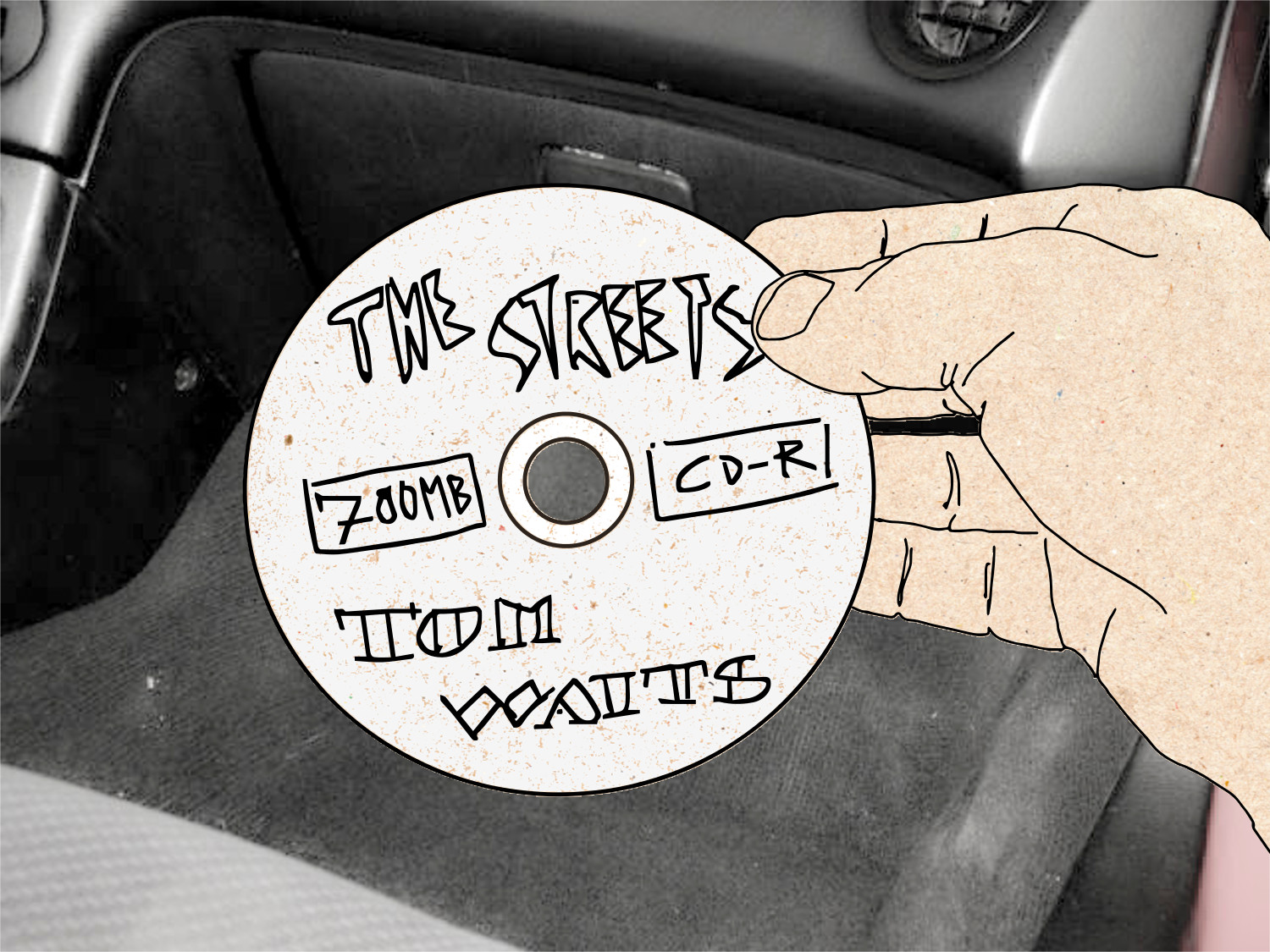 After we’ve collaboratively decided to take the greener road – off the autobahn but through the smaller villages – we start to regret. Right at the boarder of federal states Brandenburg and Mecklenburg Vorpommern (for you from the outside of Germany: right in the middle of nowhere), they’ve decided to renew the street that contains the only bridge over the local river in the circuit of 50 square kilometers. I’m asking myself if this may be a political question since both states just can’t decide who’ll be bearing the costs for this particular building lot between borders.

A friendly resident is willing to explain me a detour across three other parishes I’ve never heard of. Although checking at least 5 times to get the names and directions correctly, he stays friendly. Shout outs to the people of northern Brandenburg! And shout outs to me, since I – officially the worst navigator you’ve ever seen – manage to tell our driver all this in detail.

SEAN NICHOLAS SAVAGE, the pale prince of pop music, starts his set at Immergut’s smallest and probably most beautiful stage, the Birkenhain. I guess he starts… because the running order told me so. But where am I? Well, not in the first row, but still in the middle of nowhere… I start to ask myself, whether they even have electricity in this rural part of Germany.
Tired of driving through the beautiful, but always repeating landscape I start daydreaming. I imagine arriving too late, meeting Sean and seeing him pointing busily on his wristwatch yelling ‘YOU LATE, BOY’… 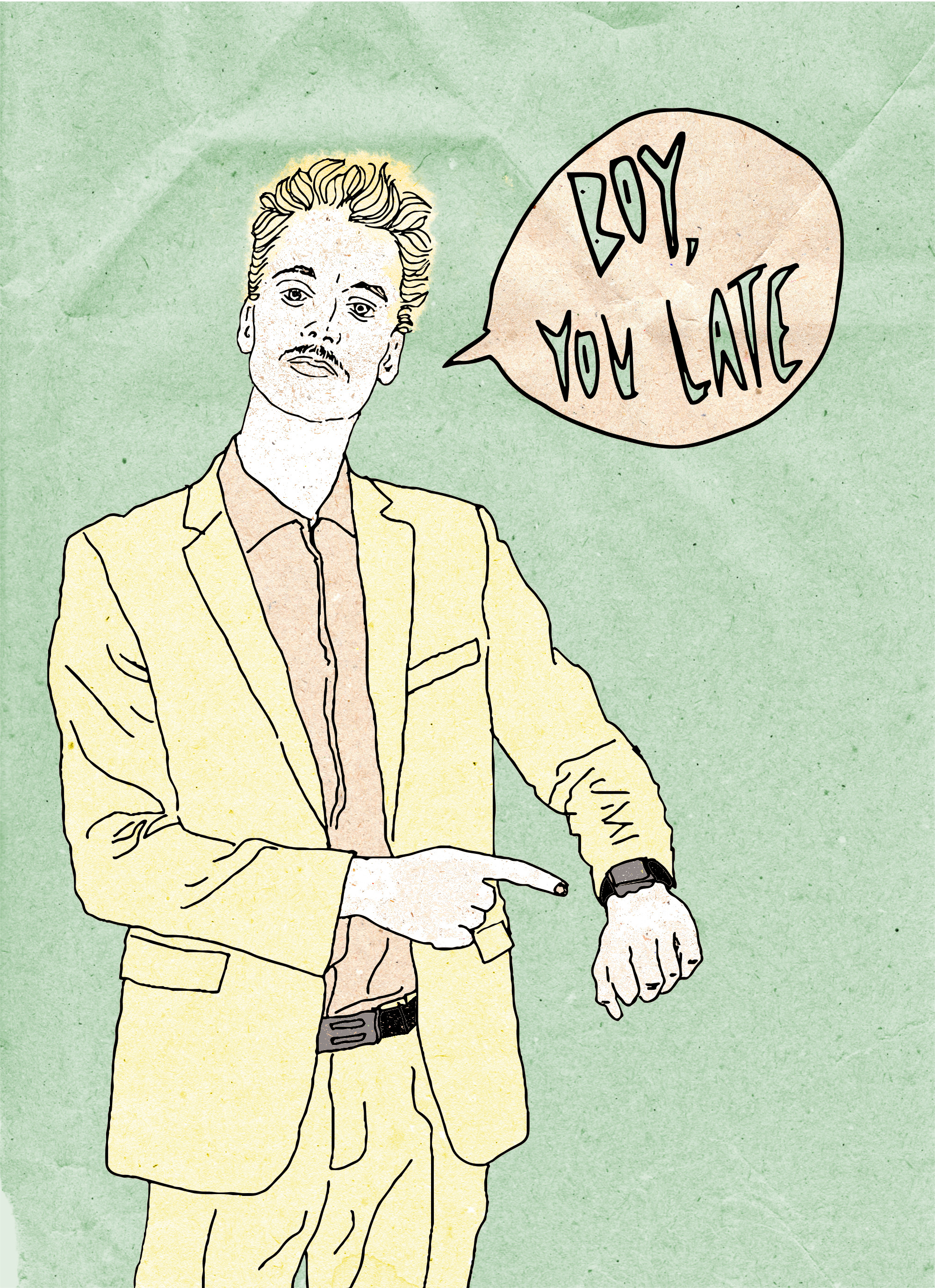 We’ve arrived. Seems that we are late, the usual parking lot near the camping site is full, and so is our car boot. Do they have Sherpas here? Because I’m feeling like a fat white tourist in front of the Himalaya… We drive a little bit back and decide to calm down firstly. Thank god, these beers we brought still have passable temperature so we have a drink first and arrange our night quarter later.

19:03pm
Kids around the camping site playing the THE CURE’s Friday I’m In Love, on their screeching bluetooth speakers. Excellent choice I think, but suddenly I got the mischievous idea to re-record that famous 80s classic, changing the chorus into ‘Friday I’m in the pub’ singing it in bright Cockney. Does a version of this exist already?

Nothing says the word love better than big red shiny letters on the stage spelling L O V E. And when did GET WELL SOON become such a good band? 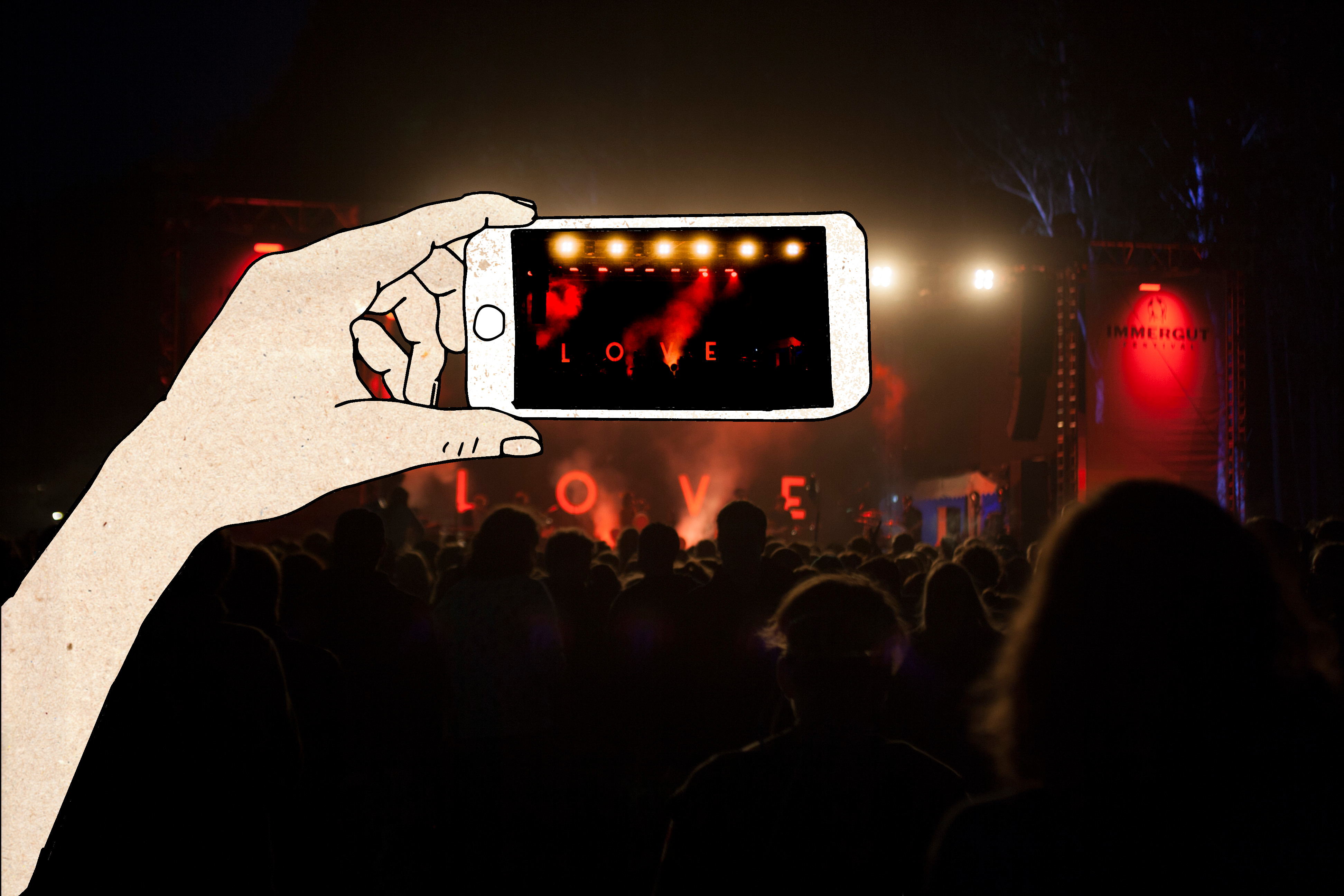 It’s SUUNS playing at the tent stage. I was quite excited for this one, now it looks like they only got two songs to play in an endless loop for an one hour live set. One is fast, and one is slow, both are noisy as hell and the only thing I hear from the lyrics is an occasional tchu-tchu-tchu-tchu. 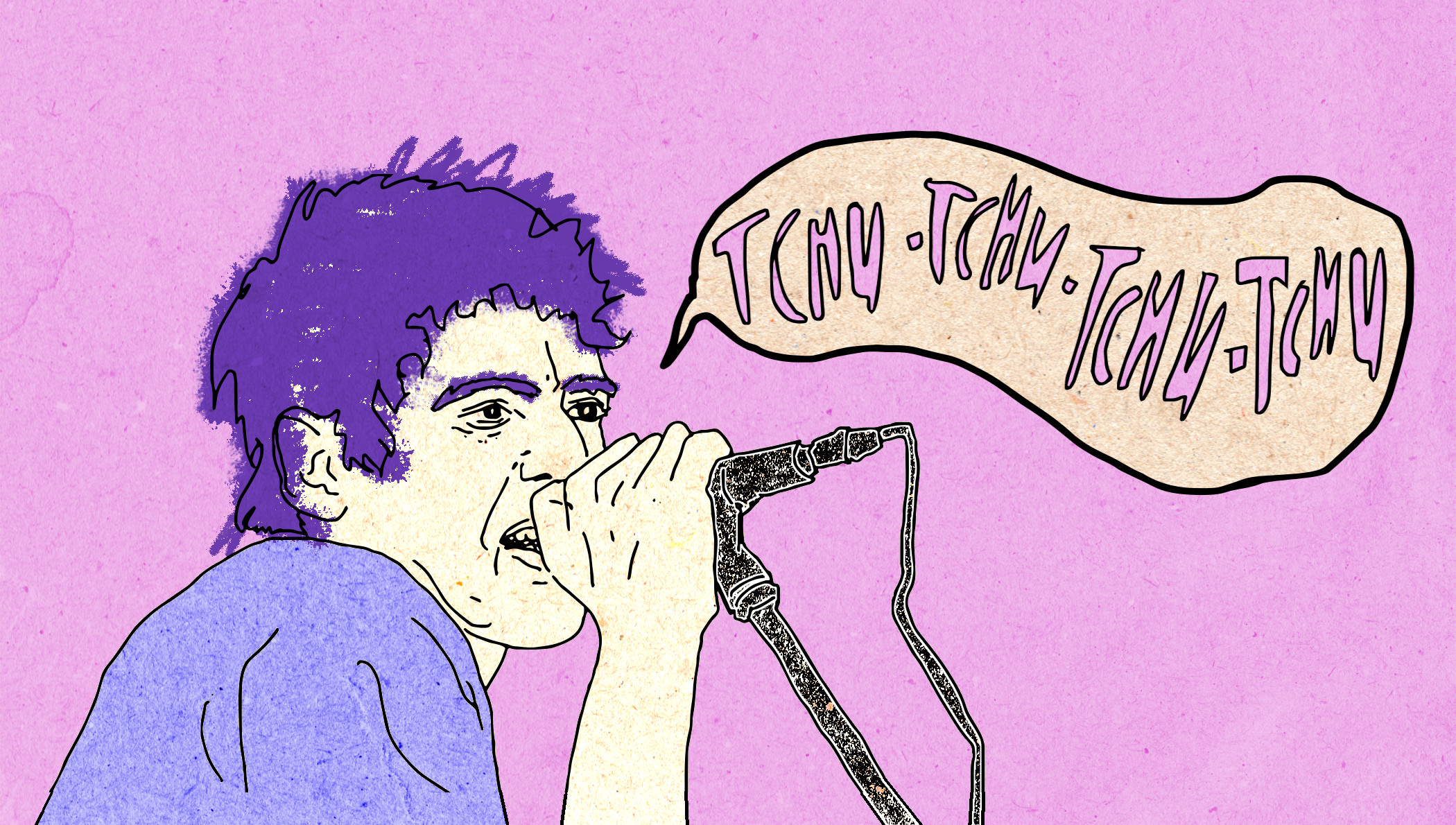 TOCOTRONIC. Undoubted leader of their very own, still juvenile, highly intelligent, defiance-discourse-pop-microcosm. Wait… where’s that subtlety, that charm? Why all that over-the-top screaming, yelling and noising around like grunge never hit the charts back in 1994? And why does even the coolest motherfucker on earth, Mister Rick Mc Phail, look like a granny under that giant bobble hat?

Carsten Meyer is the man we’ve all waited for. EROBIQUE (his stage name) wears a golden chain, a big mustache and makes pretty clear that everything we’ve seen yet was just sad high school rock’n’roll. That guy even entertains a crowd perfectly when TOCOTRONIC decide to play an encore. You’ve ever heard someone narrating a noisy breakdown of a rock band like soccer game, including an organ? Great stuff!

After five hours of sleeping in a bath of sweat and dust the morning has broken. I remember dreaming badly about some drunk asshole falling into my tent while I’m asleep, laying on me while I can’t go out cause I’m in the sleeping bag inside the tent and nobody can hear me screaming.

Coming back from the morning wash, these two broken tent poles make clear this was no dream.  Indeed, some drunk asshole fell into my tent while I was asleep, laid on me while I couldn’t go out cause I was in the sleeping bag inside the tent and nobody could hear me screaming. Kids, please think about responsible consumption of alcohol. Especially if you walk through the tents.

It’s noon and people are already playing the dumb but famous drinking game flunkyball. Actually they don’t play that much, but mostly have a heated up discussion about the guidelines. Are there really guidelines for games like that? Isn’t it just about drinking? (Gosh, Google even says there are Flunkyball championships beside festivals…).

Kids, i didn’t mean this when I wrote about responsible drinking. 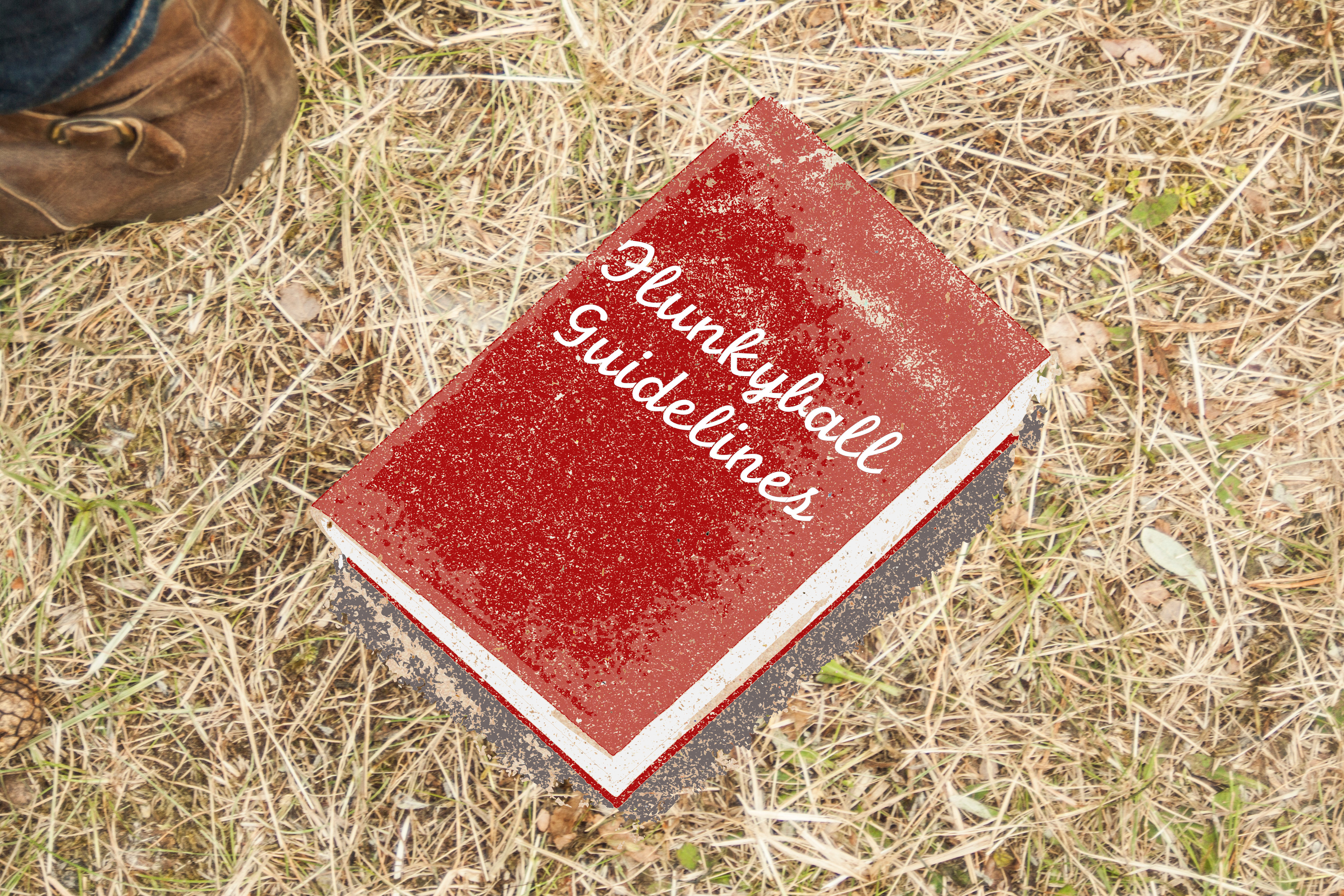 Back at the festival area I hear some last notes of FRANKIE COSMOS. Who is FRANKIE COSMOS? Can’t see exactly if it’s crowded or people line up for the ice cream truck next to the stage. Whatever, let’s see if we can have some nice food during the pause. Immergut Festival brings some good veggie food, and I love veggie food. I’m not a vegetarian nor do I eat meat every day but let’s say if you serve a good and freshly prepared piece of meat, I’m totally in… ah let’s try that pulled pork and pulled beef truck over there!

To honor my arabic father I decide to pass the pork and to get some beef. Something I regret, because what I got is some soggy hot dog bun and some cold, absolutely unseasoned beef. All that served by an unkind cook. What’s the deal about that? Ok meat is bad, got it. 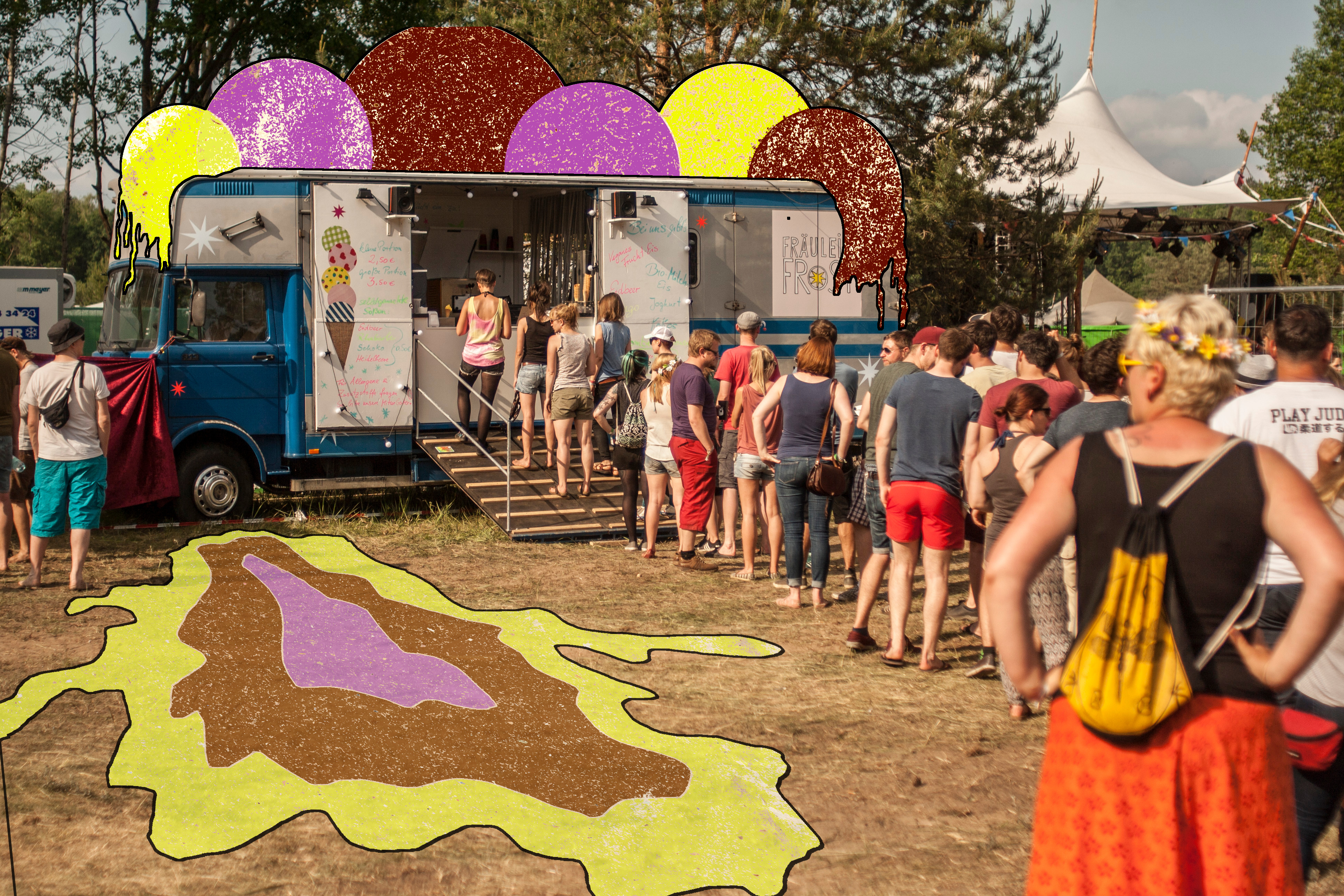 Afterwards we join some reading by ex punk rocker and now literary man Nagel. Wise words, some funny observations of daily life as well as a very personal look on the festival itself. At one point Nagel describes how he found the crowd sitting cross legged at the Jochen Distelmeyer gig on day earlier. He asks ‘the Immergut Festival – a cross legged festival?’

We came to see second headliner MAXIMO PARK. Paul Smith makes clumsy announcements in German between the songs. Explaining to those who don’t know what song of which album the’ll play next. Besides his story of getting massive French Fries on the food court, they bring nothing less than a massive bunch of hits, played precisely with never ending enthusiasm. You only can love Paul Smith and the gang for what they did that night. Wouldn’t say I can die now, but at least could go to bed. 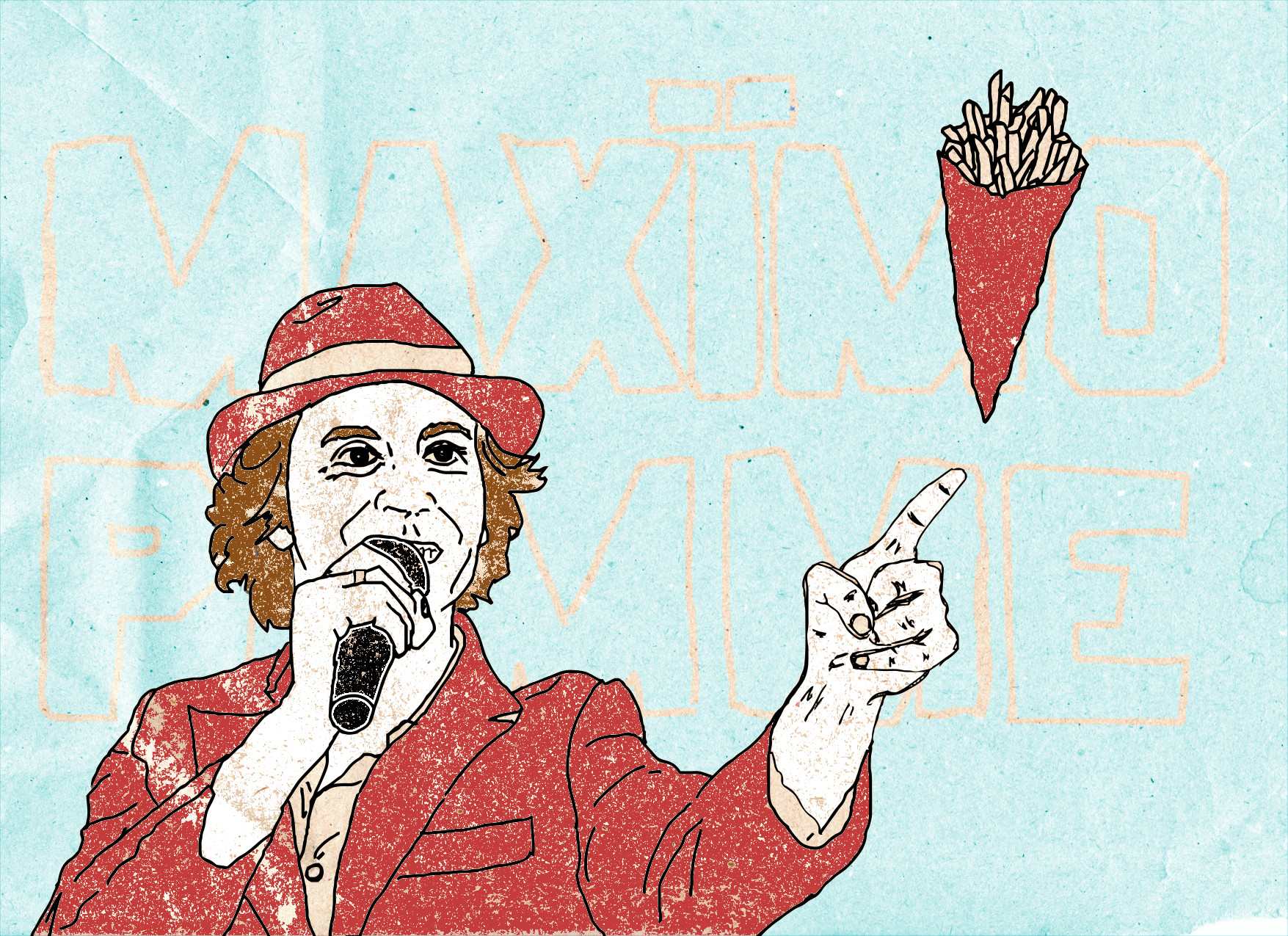 COMA from Cologne is playing the nightly electronic part and soon Birkenhain becomes Berghain. Nice folks, they even brought a real drummer. COMA deliver clear and direct sounds, it’s the quality that we know and love from Kompakt Records. But guess what, I go to bed now.