From Indie Poster Boy to Political Activist: The new freedom of The Drums’ Jonny Pierce 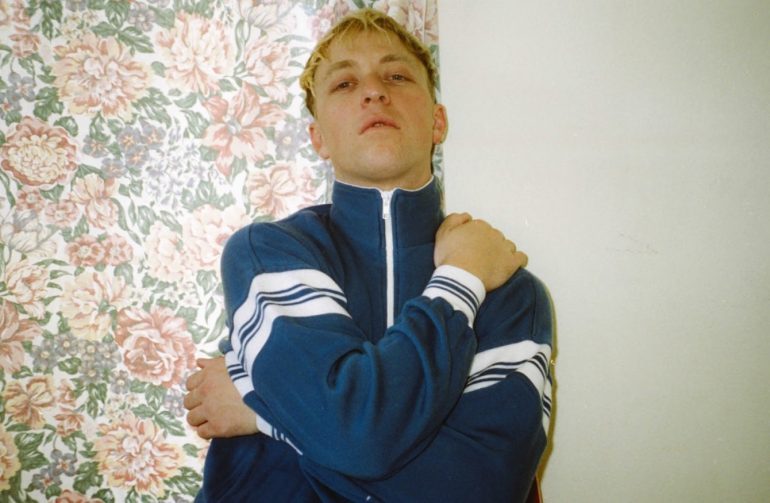 There have been many changes in the last few years in Jonathan Pierce’s life. The mastermind of beloved indiepop group THE DRUMS lost all his other band members, was confronted with the ending of an intense relationship and had to watch the rise of an homophobic and racist president in his home country. But all these things didn’t make him stop doing what he’s most passionate about: music. Even though the charasmatic singer found himself alone in a new town – Los Angeles where he moved to from New York to save his falling apart relationship – he didn’t give up but rather took the loneliness and dark thoughts as an inspiration for THE DRUMS‘ fourth record Abysmal Thoughts. ‘Here I was in Los Angeles alone in this big apartment’, the songwriter explains to us. ‘Just really alone and depressed and scared and confused about who I was. I thought feeling this shitty is really great for songwriting. So I just sat and soaked in it and wrote some songs.”

That’s where about half the album emerged. The other part has been finished back in Jonnys hometown New York:

‘I wrote about half the album in L.A. and then I just missed New York too much. So I’ve moved back to it to finish the album. When I came back I instantly felt myself starting to heal and starting to understand myself a little bit more. There are the songs on the album about sadness and loneliness and being separate from everybody else in the world which I wrote in L.A. And then there are these other songs that are more about self learning and self exploration which I wrote in New York.’

THE DRUMS released their first self-titled debut record back in 2010. Back then the band consisted of four people who could draw worldwide attention to their music with their unique indie surf pop sound – inspired by bands like THE SMITHS or THE BEACH BOYS. One year later, the second album (Portamento) appeared. Already one bandmember has quit the group back then. Three years later, in 2014, the indiepoppers released their third album Encyclopedia, but this one was only made by Jacob Graham and Jonny Pierce – after another member had left the band. And now the fourth LP Abysmal Thoughts was only made by one person: Jonny Pierce himself.

‘I often wonder why it is that I’m here doing this on my own now. It is either that I’m difficult because I’m a bit of a control freak – which I don’t think is the case –  but the other part might be that the people I was surrounded by from the other albums really ultimately had other interests.

I always wrote and recorded the highest share of anything you’ve ever heard by THE DRUMS. So it wasn’t a big change in the method of making music. I made this album how I made all the other albums: by me, sitting down with a guitar, a synthesizer, a base and a microphone and putting these songs together.’

Selfish in the name of art

But still, there was one big difference: Pierce was now able to express himself completely without thinking of other people.

‘It gave me this whole new freedom to talk more about being gay, or sex, or my personal memories on childhood. These are all things that would had to have been generalised much more if there were other people in the band. I never felt like I was fully allowed to just express myself in sort of that selfish artist way and now I’m able to do that.’

Luckily, there hasn’t been a great changement in Jonnys sound. The musician still connects thoughtful lyrics with easygoing surf pop melodies – probably the highest recognition value of THE DRUMS. Like the band leader says, there isn’t really an intention behind:

‘The music that I make is simply the music that I make. I didn’t set up to make happy music but it sometimes sounds happy and danceable. It’s all just the lyrics. They often are quite sad and it’s just me being honest. It’s just this combination that happens naturally.’ 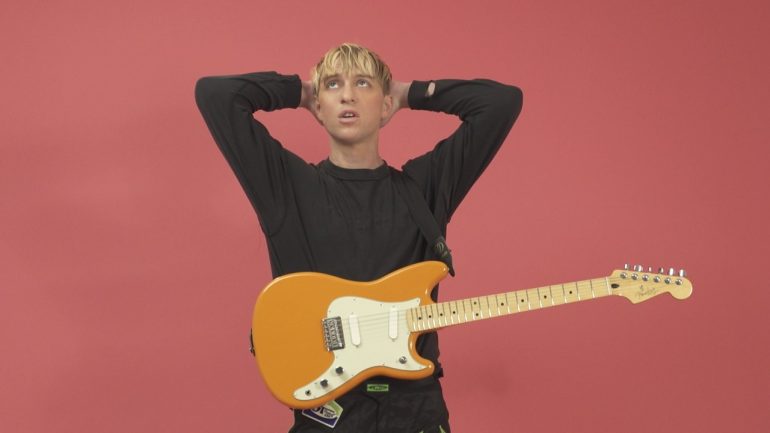 But not everything in Pierce’s life is about music. He’s also a political activist. During the last few months he joined various protest marchs against the injustice of the new US governement, for example the Women’s March in Washington. And he also wrote an article for VICE with the title: None of Us Are Perfect but That Shouldn’t Stop Us Protesting. In this article he’s wondering about the different ways of protesting against injustices and the double standards of many people. But what’s his advice for people who don’t agree with the things the new US president Trump says and wants?

‘When people are upset about something they post it on Facebook. That doesn’t really do anything. It is important to take things to the next step which is going out on the street and making a side. Or running for office to possibly become president yourself and change the rules. There’s a billion different things you can do, donate money or whatever. What I figured out for myself is that all is important. Some people are able to donate, other people are not and they are able to organise a march or a talk or a gathering.

I found myself becoming a little judgemental towards different ways people were protesting. And I just ended up being so full of hate myself towards people that have good values – but I didn’t want to be like that. All I would say is I encourage everyone to always be living in the spirit of awareness and always be looking for opportunities to make the world a better place – whatever that means. And also consider the word sacrifice. A lot of people don’t want to sacrifice their comfort or their time or their money or their efforts. And the definition of sacrifice is giving up something for something that is for a greater good or ultimateley for a better world.’

The long and winding road to equality

Being a homosexual himself, Pierce is also standing up for gay rights. As he told us, he’s pretty lucky that he has lived in cities like New York, Paris, London or L.A., where gay people can feel comfortable holding hands, kissing each other or doing whatever they want. That’s unfortunately still not natural everywhere.

‘America has been actually pretty progressiv when it comes to gay rights. I remember that day gay marriage became legal in New York state alone and not long after that at all it became nation wide, so all fifty states had to honour gay marriage as an equal right. Trump is already trying to take that from a nation-wide thing to just state-wide and these are things that we’re fighting against everyday.

I feel lucky to be here in America in New York City specifically, but there’s other parts in America where I don’t think you find me feeling safe and free to walk down the street with my arm around my boyfriend. So there is still a lot of work to be done. And I guess the biggest sadness about this Trump administration is he has essentially given the permission to be racist and to be homophobic.’

It’s always helpful to have people like Jonny Pierce who use their fame to make people aware of injustices in the world, so that everyone starts thinking about ways to fight against those. And it’s of course also a pretty good thing to see artists like him sticking to their creativity no matter what happens in their lives. That can give hope to many people during hard times to continue with whatever they’re passionate for. Because that’s what we need in our lives everyday: hope and passion. 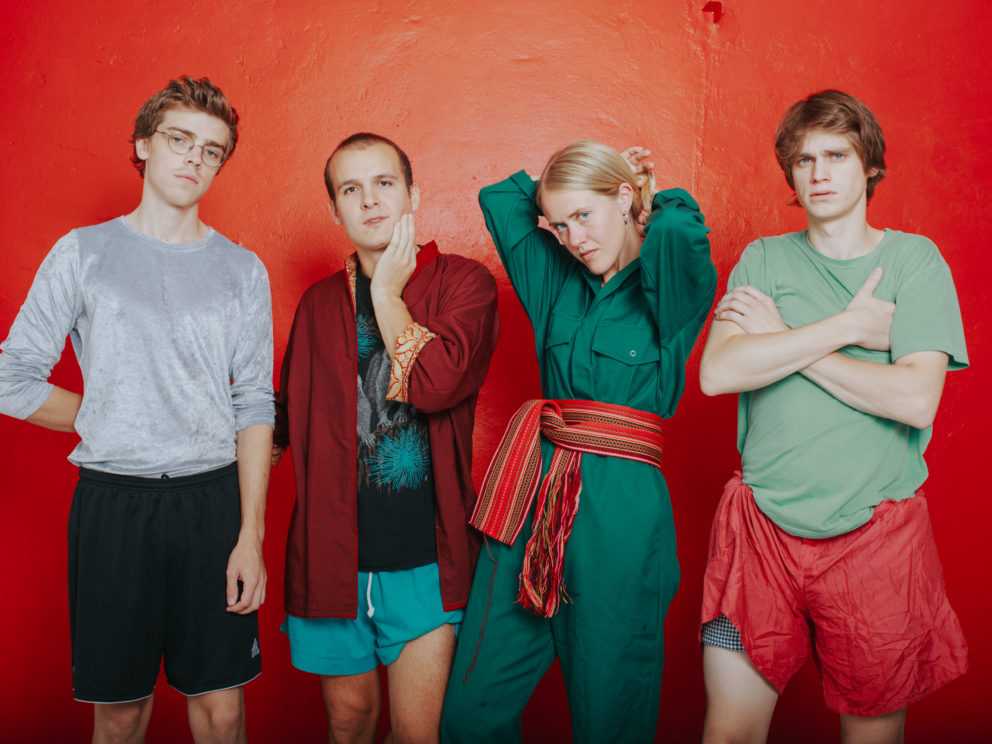