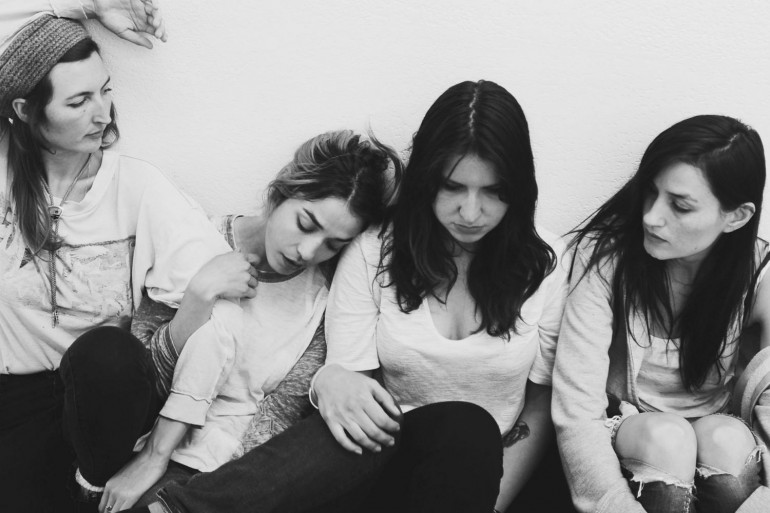 Face it: summer’s over. The cold autumn winds blow away the memories of those last hot days when the air was sticky and sated with dust and exhaust. The usual Berlin rush capitulated to the oppressive heat and the whole city seemed to move a little slower. On such a day NOTHING BUT HOPE AND PASSION met Theresa Wayman on the occasion of the release of the third WARPAINT LP Heads Up.

Although answering recurring questions of a row of music journalists is probably pretty tiring, Wayman is all there and even assures that she appreciates the interest: “I want you to know and I wanna give everybody who wants to know answers. I don’t take it for granted.”

Wayman listens carefully and takes her time before giving thought-out and smart answers. For instance when it comes to the strong bond between her and her four bandmates.

I think we just decided that we are committed to each other. You have to listen and be compassionate and understanding. That was the philosophy maybe in the past behind arranged marriages. Of course that doesn’t work at times as well. But if your are committed to making it work, I think it could propel two people into getting there eventually. We have chemistry and luckily I do love them and I want to be in a marriage with them. It feels like it’s still just the beginning in a way.

Watching interviews with the whole band one can feel the positive and fond energy between Theresa Wayman, Emily Kokal (who are childhood friends), Jenny Lee Lindberg and Stella Mozgawa. It’s not hard to imagine that these ladies have an awful lot of fun together. Songs like Disco/very from their last record or By Your Side from the new album pay tribute to that friendship. The latter is a typical unwieldy WARPAINT track – a repetitive and swelling mix of electronic witchery, a bone dry base line and drums that remind of irregular heartbeats.

‘I’m more and more open and less sceptical and harsh’

But even if she and the others work (and partly live) together for over a decade now, Wayman is aware ‘that it can take years sometimes’ before one really knows a person.

There are things that still surprise me about my friends. And I have friends like Emily and Jenny who have known me all this time. And they think they know me, but I have changed and maybe they are even keeping me in their mind as something I’m not anymore. That is a human thing to do and maybe I’m doing that to them too. I had a lot of anxiety and fear all through my twenties. That’s been slowly melting away for the last five years. I used to be very closed off and now I’m more and more open and less sceptical and harsh.

Wayman talks openly about overcoming situations that made her fearful – for instance a car accident when she was five years old: ‘Subconsciously there was this thought that I could not relax because at any moment something very bad could happen. To deprogram that was really hard and it’s still over there too. Letting go and going back to who I was in my natural self is actual returning to a very youthful place in a way and I feel lighter and younger because of that.’

Change and development also characterize the music of WARPAINT. With every new record the band gains more confidence. The initial disorientation between youthful escapism and worldly-wise existentialism has given way to clear structures and consistency. Nevertheless there’s space for improvisation and dreamy digressions. In order to capture the energy of spontaneous jams, they make sure that they can record demos in their rehearsal spaces before finishing the songs in their studio in LA.

Heads Up is livelier than the previous records – the single New Song is little less than irritatingly cheerful, pretty commercial but catchy. ‘We like making people move. We just wanted to bring more energy,’ explains Theresa Wayman the unusual side trips to the dance floor.

Not all of the songs linger in the memory but the album as a whole develops a hypnotic pull. It’s fun to discover all the little details of the skilfully interwoven soundscapes – deliberately over-ornate like in Whiteout or withdrawn and vulnerable like Today Dear. Emily Kokal’s distinctive singing hovers over the highbrow psych-rock constructions like a meditative mantra. 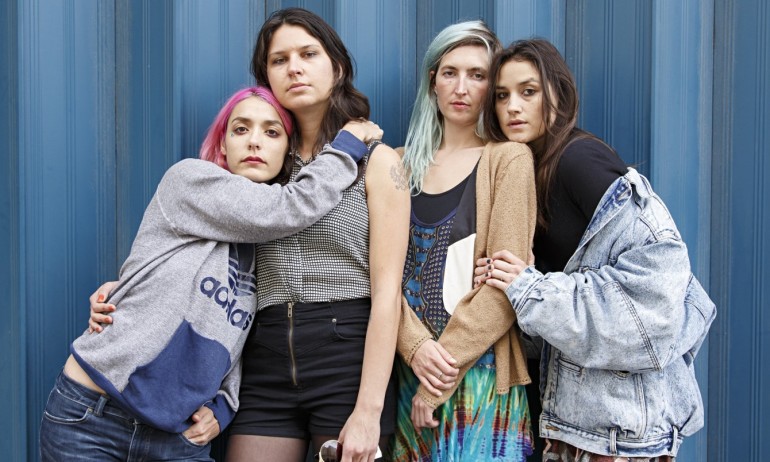 Theresa Wayman likes to get carried away by music and finds it interesting how her current mood and also several substances affect the way she listens to songs: ‘Things take on a different life or you hear other things in the music. That’s really incredible and I appreciate anyone who wants to do that and I also appreciate music from a sober perspective. But life is not really sober anyway. I don’t know if you’re ever sober.’

Excited about the now

At least sometimes it would be nice to see life through a soft-focus lens that moderates all the frightening aspects of our reality. Yet Wayman still is ‘really excited about the now’, as she puts it, and has kept a positive attitude.

There is good change happening even though it seems like things are falling apart. I think it’s gonna get bad before it’s gonna get good. Despite all of that happening, there is a lot of people who are becoming more aware, more kind, more compassionate.

Probably giving birth (Editor’s note: Her son was born in 2005). I was just like get this thing out of me! I just made it happen as fast as I could. Did you know that women can have orgasmic births? I read about it in this book called ‘Spiritual Midwifery’. I talked to my midwife about it and she told me she had it. But you have to be really relaxed and breathe into the pain.

Converting pain into pleasure – we should keep this thought in mind in case autumn blues hits us too hard. WARPAINT‘s music definitely supplies a whole lot inspiration for that. 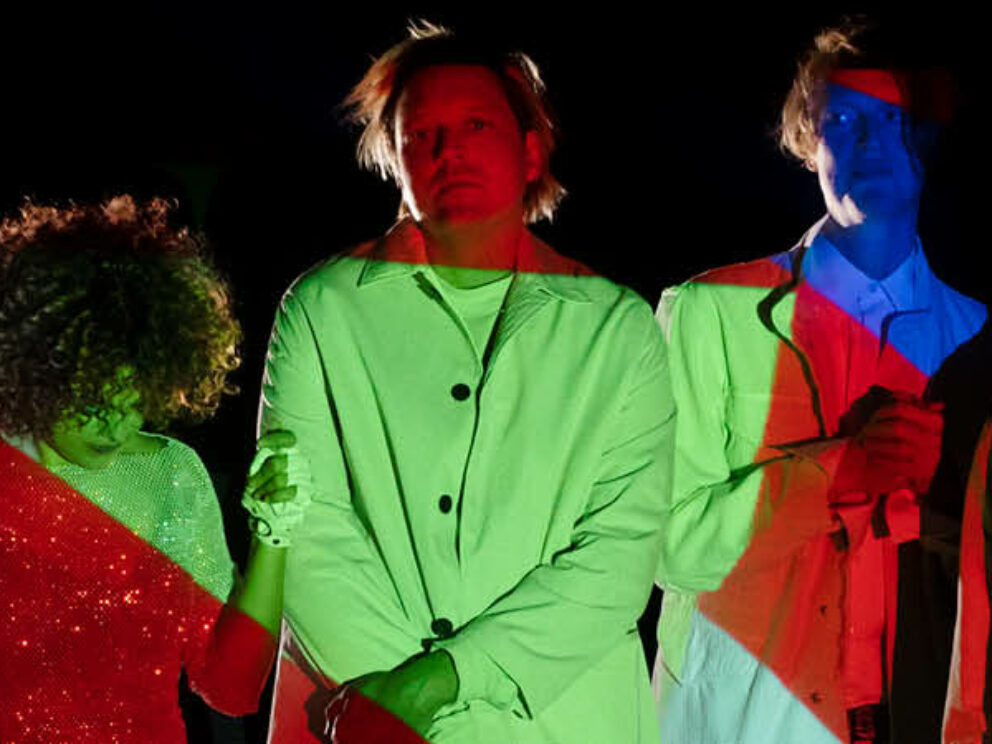