Confronting: Tiger Lou – ‘My Passion Has Never Gone Away’ 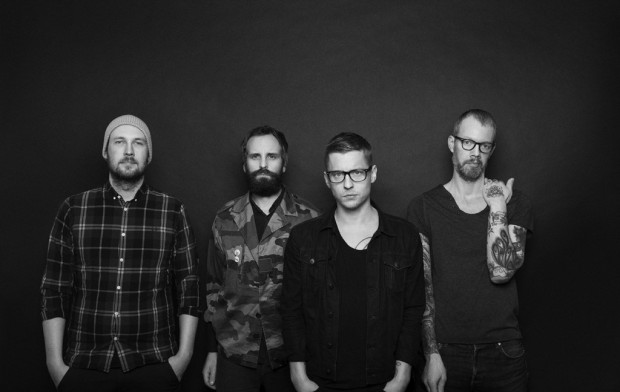 One of the many things that come with age is a certain serenity. You learn to step back and stop forcing things to a certain extent. And you learn to set priorities. Rasmus Kellerman might know a thing or two about this. The loveable Swedish gentleman and his band TIGER LOU are currently in the studio working on their first full-length album in seven long years. They already gave us a lovely comeback single and are about to play a short comeback tour (check out how to win tickets below) as well but, of course, we’re all waiting for the new album.

Still, Kellerman is taking things a bit slower at this point. After years of living the life of a full-time musician he took some time of and returned to TIGER LOU with new inspiration and maybe it’s not the worst for the music’s authenticity if it was relieved from the pressure of becoming successful, right? We have no problem to wait a bit longer. And in the meantime why not taking the time to reflect on the past? NOTHING BUT HOPE AND PASSION confronted Rasmus Kellerman with music from his adventurous artistic life so far.

This is one of the first songs I wrote under the TIGER LOU moniker, with lyrics referring to a Jimmy Stewart movie! Recorded in my living room on a borrowed portable 4-track, and a borrowed guitar. Jesus, I sound fucking weird! I love these old tracks, and have maybe ten more of them that I never released. Maybe one day I’ll release another string of seven inches with these golden oldies, but for now, I’ll leave them at the deep end of my archives.

Tell us a bit your earliest alter ego and the musical approach behind it?

I got a little advance from my publisher, to record a proper demo, with drums and keys and all that. This is what came out. I was obsessed with DJ Shadow and UNKLE, and wanted to do something with beats, and piano and a lot of ambience. But we had no idea how to record to MIDI or how to loop or anything, so I had to play everything for as long as the track required. The same riff for five minutes. This might just be my most honest recording ever, but I never meant for it to be released. So when Scene Police and Emil from Blackstar Foundation approached me I was stoked, but said I couldn’t tour as ARAKI, cos I didn’t have a band. I could however tour as TIGER LOU, my then solo-solo-project. The rest is history! I dream about making a new ARAKI-record, with the same approach.

What’s your connection with electronic dance music? Before that collaboration showed up many people wouldn’t assume you share a certain love for it.

I’ve know John for years, and we’d done many collaborations in the past, but this song is the first one we wrote together. And as far as electronic dance music goes, I’ve loved it for as long as I can remember. I love all music, man! When we did the remix version of A Partial Print, I got a chance to contact a lot of musicians and producers, whose music I like and admire, and all of ‘em are doing electronic stuff. I’m always drawn to and fascinated by expressions that differ a lot from my own. And as it turned out a lot of those people felt the same way, they were in fact big fans of my music. But at the end of the day, music is just music, and like food, everything is satisfying in some way, but sometimes you get a bad oyster or a record by NICKELBACK.

How would you say your solo songs differ from the music you make with TIGER LOU, in terms of its sound and maybe even lyrical content?

Man, I really don’t think about this album very often. It’s weird though, cos some of the songs I had played for years, at home or at a soundcheck. Some were leftovers from the early Tiger Lou days, some I wrote when Tiger Lou went of hiatus. Mostly I just wanted do to something completely different, just write and record something very fast, not analyzing so much. We did all the songs in two weeks, and day three I got so sick I couldn’t sing for like a week. So the last day, Rolf left the studio, and I stayed behind with a bottle of wine, and recorded all the vocals during one night. I was obsessed with maintaining that spontaneity and care free vibe, and wanted everything to sound live and, not lo-fi per se, but not expensive, you know? At the end, we mixed the record with Michael Ilbert at Hansa Tonstudios, so it did sound friggin expensive! I’m so glad I did this record, but it’s gonna take a long while until I make another one like it.

Did your musical talented wife influenced you in some form? What did you learn something from Andrea and the other way around?

I’m sure it did! And the other way around. It’s hard to put your finger on it, but we’ve always discussed our songs, and been aware of the trial and error elements of creating music, therefore very accepting of each other, I think. She’s always had a more relaxed approach to, not just music and creativity, but life in general, which has inspired me in so many ways. I’m fucking neurotic and obsessive in a way that sometimes becomes annoying even for myself. She’s good at reminding me of the fact that it’s not the end of the world. And also to keep it simple. A good song is all you need. No one really gives a shit about 15 layers of guitar sounds or some weird ass time and tempo change or the fact that every part of the song is unique and never repeated. Is it a good song? Great, your work is done. Now, go cook some pasta!

Quite an odd choice for a cover. Can we expect more of this kind in the future? Any cover plans you have for the next tour?

The first album I ever bought was Stay Hungry, and like a lot of the old metal bands of the 80s, TWISTED SISTERS had lots of songs that were beautiful and melancholic. But those dudes never had the guts to make ‘em sound like that. Everything had to be fast and cool and trashy. What Mark Kozelek did with all them AC/DC songs was beautiful. I’ve been thinking about making a whole album with some of my old favorite metal/glam/rock songs. One of the best songs of all time is Stay In The Light by HONEYMOON SUITE, imagine a version with acoustic guitar and some piano. You know it’s gonna sound amazing! I gotta just hit 50 first.

And finally. About the future. How is the new record coming along. Do you feel confident about what lies ahead of you?

I haven’t been in the studio since the birth of my daughter, in September last year. After our German shows I’ll start focusing on the album again. But you know, I just started a new job, working full time, and raising two kids, making records ain’t priority number one anymore. My passion has never gone away, and every time I allow myself to sit down and create, I end up writing a new song. I have so much music inside of me, and still believe it is of relevance, both to me and to other people. I want to share it with someone. As long as I feel that way, I’ll keep making and releasing music in some way or form.

As you know NOTHING BUT HOPE AND PASSION is quite happy to present the forthcoming intimate comeback shows of Rasmus Kellerman and his band. The shows might be already sold out but we’re happy to have a few tickets left. We’re giving away 3×2 tickets for all three gigs. Just write us a mail to win@nbhap.com, with the subject ‘Tiger Lou’, the city of your choice and your full name. Good luck!