When Billie Marten states that she is “trying to be a bit bolder with everything” in the beginning of our interview, that sure is quite an understatement. And yet, it neatly emphasises the subtle and subversive charms of the only 21-aged London-based singer-songwriter. After delivering the two acclaimed Writing Of Blues And Yellows (2016) and Feeding Seahorses By Hand (2019), both blooming with a lightweight acoustic spirit, her third Flora Fauna is nothing less than a revelation and has the artist stepping out of the shadows.

Bold indeed, Flora Fauna, by means of staging the organic diversity of the world we all live in as opposed to the tiring and exploitative mechanisms our modern society has come to develop as essential elements of living, is a vital reminder of what is needed to stay alive. “We do just need very specific elements to thrive … without the need to move all the time and grow”, Billie emphasises, as she observes the pains of modern day progress. The new Billie Marten sound neatly clicks with that refreshing message, more daring, vital and yet with her mellow trademark right on display.

Colours of the world

Although a city girl herself, Billie does not get tired to emphasise what really gives her the energy to “thrive”, a word that perfectly encapsulates what she has in mind with the record: “Obviously I need a farm at some point, it needs to have chickens and I’ll be entirely happy”. Yet, for all the cliché one could gather from that, she does not fall into the traps of creating an escapistic album for all us weary urban souls out there, but neatly weaves her views into the colourful frame of Flora Fauna, which makes it all the way more enjoyable:

“I deliberately tried not to make everything so bucolic and so kind of ‘small town girl looks at London’. Because that’s what I’ve done for so many years and I wanted to get rid of that narrative a little bit. So the more I was direct in kind of lax, floaty and pretty with the language, the better I found I was good at conversing with myself.”

The record itself then is indeed spiked with vivid song material that does pure justice to the flashy visions of it all. Garden Of Eden, the record’s opener and one song that sparkles brightest with the need to thrive, about which Billie remarks that “it uses the idea and the metaphor of us physically being plant lives, which we kind of are”. Roaring bass lines mingle along her tender vocal performance, as the lyrics head right down into terrains of absolute vitality: “Eat the sun and water up / To be someone / Can’t get enough”, before the chorus kicks in with its yearning “I wanna feel alive / Garden of eternal sunshine”.

“I was observing a lot of people in London and elsewhere. I was living at a weird pace, which wasn’t very functional and sustainable either. I was just looking at everyone’s lives and every time I caught up with someone. It was all about who they were and what they were going to do and what they were going to be. I just was kind of observing that and thinking there’s maybe something to be said for happiness as you are, without the need to move all the time and grow. I think in doing that you actually grow more than you would, progressing out on the normal level.” 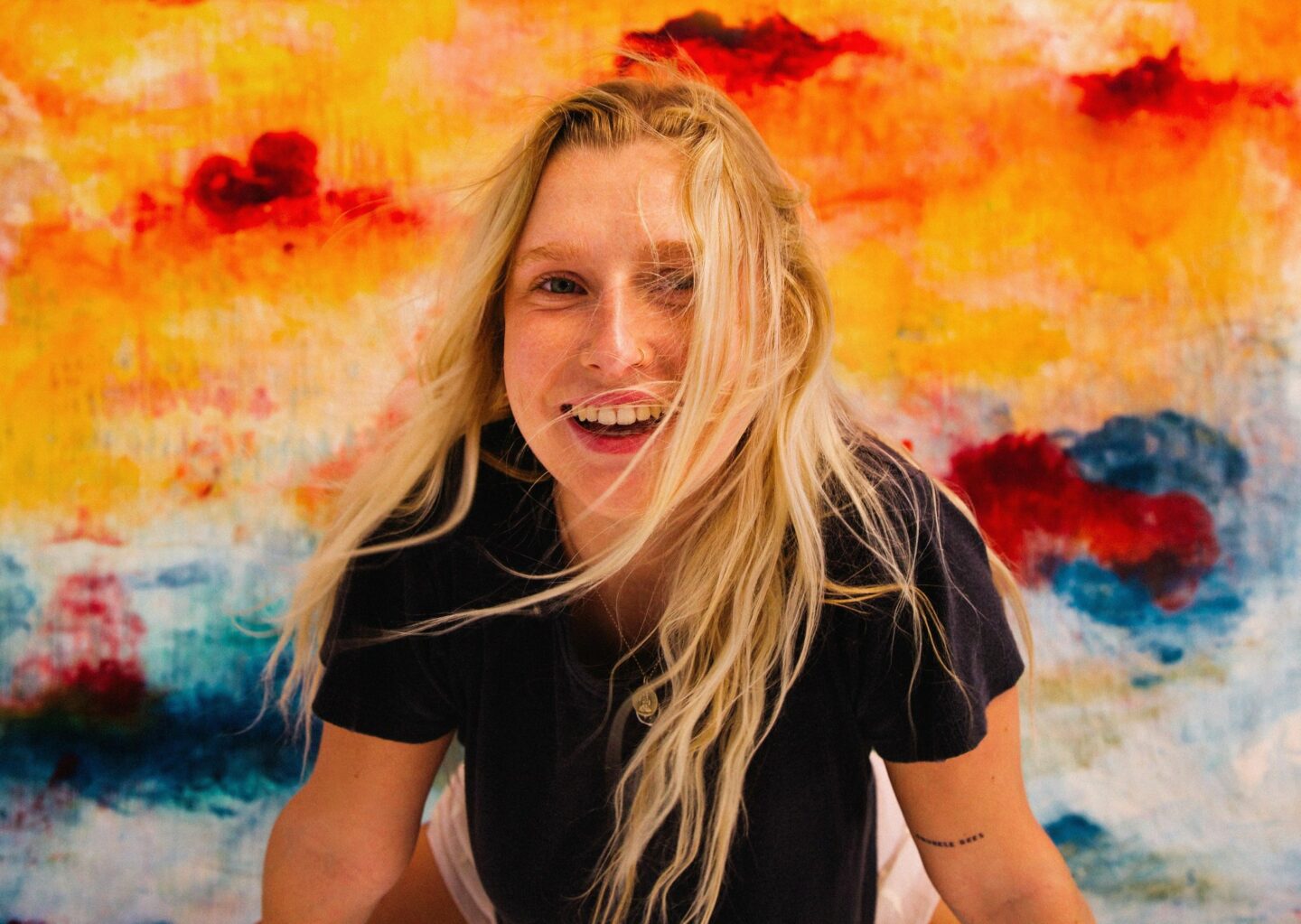 The horrors of modernity

The city of course does serve as a backdrop for the dreads that urbanity comes with and from which the artist derives the joys of retreating to a Flora Fauna-like space. Human Replacement, one of the most energetic and anger-fused tunes, specifically heads into this as it deals with not being able to move freely and safely in the evening hours in a city like London.

“At the time of writing Human Replacement, everything on the news was a new stabbing or a new shooting and it was just like a hideous time to live in a city. I never had that fear growing up, because I grew up in a very privileged and safe environment. There was barely any crime, there was almost no police work, no one was doing anything apart from light vandalism… It was just kind of a shock to the senses to realise that everything was getting more and more real and closer to me.”

Pigeons then, although formally incredibly more tender and soothing, offers another view on urban numbness, as Billie describes the sheer abundance of news, advertising and social media, of which there is no real escape from: “I am sick of branding and one legged pigeons / They have no ideas to our sour position / Another day on modern Earth / Suffocating all our worth”, she sings on it.

“I literally just couldn’t get on the tube without being bombarded. You know, on your phone, talking to people… It was very Black Mirror in my head and I was just viewing everything in that kind of futuristic way. I didn’t like it, because I’m sort of very afraid of modernity. I hate it sometimes.”

Flora Fauna sees Billie Marten breaking free from earlier inhibitions, both musically and lyrically and it is indeed no surprise, that the artist herself expresses her progression in these terms:

“I was very scared then and played very timidly. My fingers hadn’t developed to play something properly. I was much more aware of criticism and how to please everybody. That has kind of subsided now, to some relief. It was a lot more lyrical and I was into English literature and I was trying to get more of the poetic side out. Because it was kind of fashionable to me at the time. This album is more direct. I am speaking to you and this is what I want to say.”

In terms of her message, she has made a terrific step forward in that way: “I have always been quite vague and abstract with my writing”, she states. “I just got bored of doing that and I wanted to just write on a very immediate basis, and have my stream-of-consciousness running all the time”. Flora Fauna is the result of that evolution and stands as a shining beacon in these still uncertain times. One can only hope that its messages of “positive change” will endure the test of time and lead Billie Marten on all her future ventures.