Introducing Tamino: Belgium’s Brightest Talent On His Grounding And Aspiration

Only at 22, Tamino’s work is somehow blessed with an astonishing heaviness and emotional depth that is rare to find these days in the realm of pop music. Looking back at a few whirlwind months with Tamino’s career further taking off far beyond his native country Belgium, we caught up with the talented man to talk about the making of Amir as well as his love for Greek mythology and the sense of belonging when you are exposed to many different cultures.

For a musician that is still rather young, there is a lot of determination that resonates in Tamino’s songs which is astonishing. It feels a bit as if a beautiful old soul is expressing its feelings that has been woken up to create these songs, drawing from years and years of experience, however still looking for its place in the world. It’s a mesmerizing vibe and the craft of songwriting is excellent. A comfortable position to be in with Amir that has just been released. Only finding enough time to actually make the album proved to be more difficult as Tamino recalls:

‘In terms of songwriting I definitely felt prepared to make this album. I write a lot of songs so there was a bunch to choose from. Just finding the time to really concentrate on the album was kind of difficult. Last year was my breakthrough my in Belgium and in some other countries it started so I had to be everywhere, but I wanted to be in the studio most of all. When I was in the studio, it was mostly in my producer’s house in Courtrai.’

Speaking of determination beforehand, it becomes clear that Tamino put everything on hold while working on his debut album: ‘Sometimes we worked on the album 14 hours a day. Every little minute went into the album. I’m very happy that there was some time in between the recording sessions so there was time to look at it all from a new perspective like three weeks later.’ A time of reflection that most likely only added more depth to the result as it seems. Despite being only at the beginning of his career, this part proved to be crucial in order to put all the details together during the recording in Courtrai and Holland with his producers PJ Maertens and Jo Francken:

‘It was very difficult to look at my own work objectively in the beginning, but that’s when you really become a professional. What you need to do is to cut yourself loose from the fact that you’re an artist and this is your work. You have to look at it like ‘a work’. I don’t think you can get the best result without being open to criticism by others and by yourself, of course.’

‘I feel like I haven’t made any compromises on the record. A change isn’t necessarily a compromise. The goal was to make an album that would really be timeless in a way as well.’ 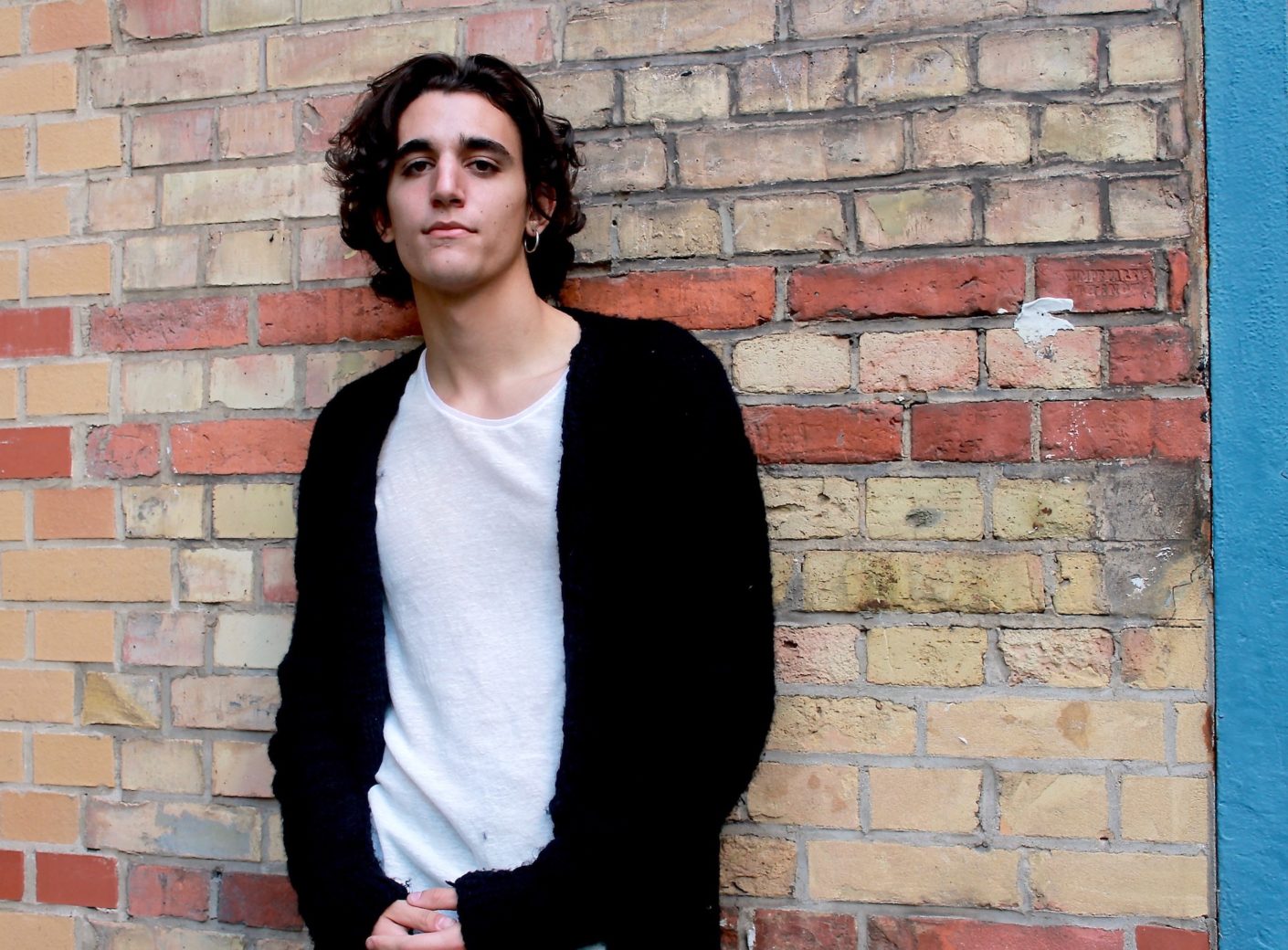 One of the many qualities of Tamino is that he plays many of the instruments on the album himself. This didn’t stop him from adding orchestral arrangements to the songs, though. Seeing his work come to life in the studio brings a smile to his face even months later when being asked about this experience:

‘You can’t believe it when you see all these musicians coming together in the studio for the first time. All the little arrangements I wrote at home and then you see an orchestra walking into the room playing these arrangements, it’s unbelievable. I felt like this album was both – me at home doing some vocals which ended up on the album, but also this overwhelming feeling of being in the studio with lot’s of great musicians. I think you can feel the combination of both surroundings on the album. It’s grand, but intimate at the same time.’

Easily being one of his most spellbinding tracks on Amir, the song Persephone opens up a box of Greek mythology that Tamino has always had a fascination with. Persephone, the queen of the underworld, being in the centre of the song leaving Tamino to be king of the underworld for a few minutes? Tamino laughs:

‘In this little realm of the song, I am Hades, the king of the underworld, but I’m also just me. When I wrote it, it became a bit too personal for me and I noticed that I could draw parallels with this particular myth and I really love Greek mythology. Referencing big stories like that helps to make my message more become more clear without losing all the mystery of it. I have always looked up to people doing that. Leonard Cohen and Nick Cave mostly did that with bible stories.’

It’s not a secret that Radiohead‘s Colin Greenwood added some basslines and his very own magic to Tamino‘s song Indigo Night. Bragging about it is definitely not Tamino‘s style when being approached about this. In fact, every word is accompanied with tremendous humbleness when he talks about working together with Greenwood:

‘It was very organic. We have mutual friends and I invited them to a concert of mine in Antwerp and they brought Colin along. It was very special. I was at the merch afterwards and he came up to me with the vinyl that he had bought. He is so kind. The second time he came to another show, I felt ready to ready to ask him to play on my album and he was up for it straight away. He added such a good bassline to this song.’

For music lovers, there is a lot to explore on Amir – ultimately, a great deal of it is based on Arabic influences such as vocal and tonal inflections, but also classical influences that have shaped the songs. Switching from classical to pop music in his teens, Tamino shares a love for both musical worlds that was also triggered by finding his grandfather’s guitar while visiting his grandmother in Egypt. His grandfather being the famous Egyptian singer and actor Moharam Fouad. After being classically trained on the piano, the guitar may have become his first love, but he still cherishes his classical roots as he tells us:

‘For me it’s a blessing to be classically trained because I didn’t do it that long. I guess it’s more difficult if you finish your classical education and all of a sudden you’re stuck in these patterns. I stopped at the right time to do my own thing.’

‘Finding my own artistic voice, it really came in waves and I guess it will always shift a little with every album.”

Growing up in Belgium being of Egyptian and Lebanese descent and bringing together these various influences in his music, Tamino never really felt to belong in either of these places as he admits towards the end of our conversation:

‘I never felt like I belonged anywhere. I don’t think that’s a sad thing though. Most of the time it’s quite ok and it feels like I’m floating a bit above all these different countries and maybe even genres. I find my grounding in other things, not necessarily in the places I’m at. I think it’s important to know where you come from and I find tradition important, but I’m not practicing traditions to find my ground. Maybe I do in a musical way without noticing it. I really want to learn how to speak Arabic and want to explore that much more.’

With everything Tamino‘s debut album Amir has to offer in terms of rich textures and great appeal, the journey to come for this exceptional Belgian songwriter will surely be a very interesting one to follow.