There’s a Lemmy in all of us: Why the Motörhead frontman will be missed 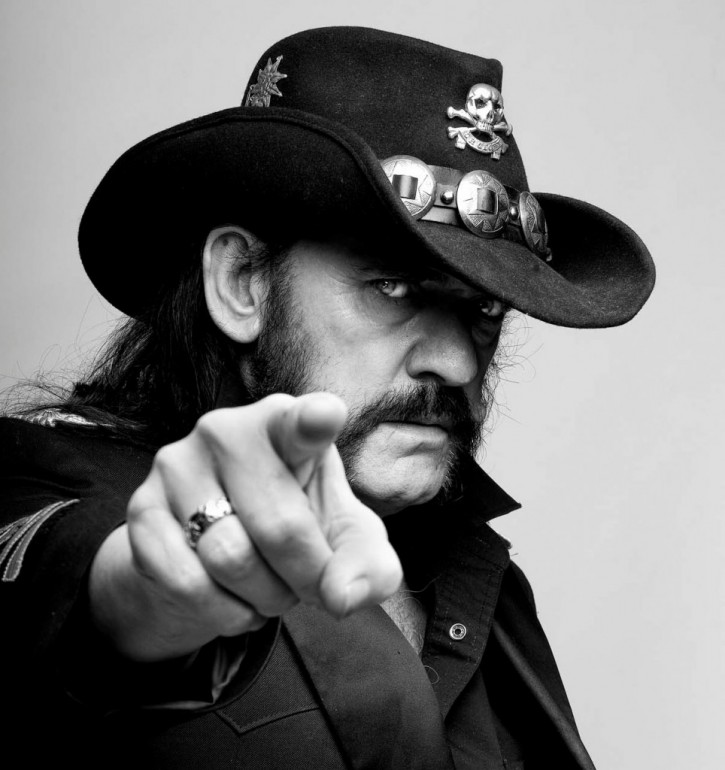 If you happen to be called a legend during your lifetime any afterword seems to be redundant. And although the world is somehow shocked by the death of Lemmy Kilmister there really is no need to make a surprised face. The charismatic metal maniac was a lifelong alcohol and partly drug addicted rake who pretty much lived a life on the edge all the time. You actually have to wonder how he managed to even turn 70. In the end it was the cancer that got him killed. Lemmy was a unique figure in the history of contemporary music; his character even outshined his own musical legacy. Yes, MOTÖRHEAD have been loud and reckless for almost four decades but let’s be honest: their musical microcosm is quite limited and replaceable. Lemmy himself carried the band throughout all this time. I mean, seriously: do you even know how Mikkey Dee and Philip ‘Wizzö’ Campbell, the other two members, look like?

Analogue uproar in a digital age

Lemmy’s charismatic presence has been the anchor through all those years. The gentle warrior with wart and rasping voice, always with a bottle of whiskey in his hand and a cigarette in his mouth. Although he might have been the personification of the everlasting rock’n’roll spirit but he was also a really kind guy; one of the nicest in the business. Pretty much every musician who collaborated with Lemmy will confirm this. And despite having this martial presence he was a pacifist and a believer in the good of mankind which really is kind of ironic since the songs of MOTÖRHEAD clearly played with war aesthetics and a lot of evil themes. But even if her played raw and simple heavy metal Kilmister has always been a sophisticated philanthropist who was never afraid to speak his mind about his dislike for politics and especially religion. Here’s one quote from him about the ladder one:

‘I dislike religion quite intensely. It’s been the cause of all the grief in the world ever since they discovered the first stone to worship. If there is a God he hasn’t been paying attention. He should retire and hand over to a younger man because he’s making a real bollocks of everything. And a virgin impregnated by a ghost? If Joseph believes that, he deserves to be in a fucking stable.’

Of course, the indestructible Lemmy wasn’t indestructible at all. The past years have been packed with plenty of hospital visits, diabetes, concert cancellations and proofs that he was just human after all. And just with the death of every celebrity we tend to glorify those actions and it’s kind of interesting that rockstars can get away with – I don’t know – drinking a bottle of Whiskey every day for almost 30 years like the musician stated a few years ago. We tend to worship folks like him and others who passed away in the past as icons, simply due to their contribution to the pop cultural memory of mankind while ignoring their obvious problems as good as we can. Remember when we were moaning the death of Amy Winehouse four years ago and all the media people felt soooo sorry for that ‘poor’ girl although they were the ones following her around for ages, judging her for her lifestyle and simply ignoring her obvious cry for help? Truly, Ian Fraser Kilmister, as Lemmy goes by his real name, wasn’t a helpless little boy but you might get the point I’m aiming for here: the twisted double moral standards of our relationship with stardom and celebrities. I might overthink this a bit and I can hear the ghost of Kilmister laughing at me already for doing so.

There’s a Lemmy in all of us, dying to break out sometimes

We moan Lemmy’s death partly also because it reminds us of the fact that everyone has to pay the price for his or her life in the end, whether you’re famous or not. And we’ll miss him because he represented a simplistic but timeless way of life, something rebellious and unadapted. We live in times where efficiency, self-improvement and conformance are much-needed qualities when you want to ‘make it’ – whatever that means.

Lemmy didn’t want a career, he never wanted to live healthy, please people or shut his mouth because he might offend some minority or anyone. He gave the world his middle finger, remained stubborn and loud.

We moan his death and glorify him to an unrealistic point because there’s a rebellious part in all of us that wants to run away from adult responsibility and society-shaped demands, a part that wants to scream ‘Fuck Off’, drink a glass of booze and maybe even toss a chair around, whether it’s in the office or at the family table on Christmas.

We long for analogue uproar in the digital age. We become more and more afraid to freely speak our mind and people like Lemmy somehow remind us of modern society’s chains and also the lack of rock’n’roll spirit in contemporary music. What space is left for musical rebellion in a world were people worship TAYLOR SWIFT and COLDPLAY? You recognize a true legend once you recognize the gap that appears once he’s gone. Lemmy Kilmister left a big, dirty and edgy gap and he’ll be missed for that.

Rest in peace, you English bastard!