Shared Spaces: Noah Slee on Healing, Community, and “it takes a village”

I meet Noah Slee on the day of his performance of his new record it takes a village in the German capital. The vibe ahead of the show is relaxed and familiar, the green room filled with other artists and collaborators across creative disciplines. In Berlin, his chosen home, New Zealand / Aotearoa-born singer and musician Noah Slee found his place in a crowd of like-minded people. His creative project is shaped by this communal setting, and he does not only share the space on the album but also invites the fellow musicians to perform their own songs on the evening of intimate celebration of creative connection. Noah Slee also resonates this energy of openness and communal understanding in our interview ahead of the show. 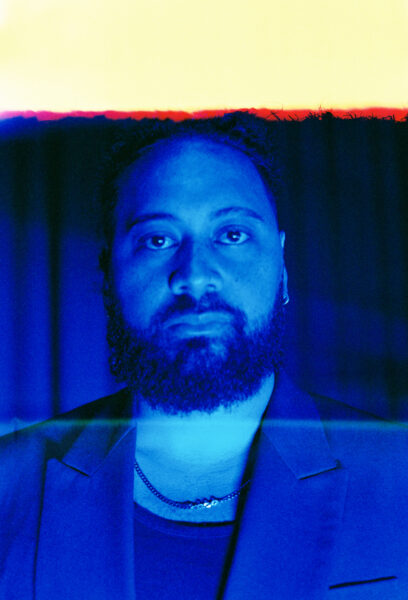 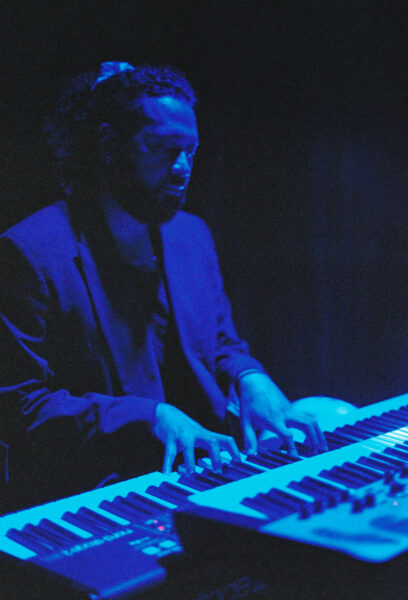 it takes a village is the title of the new record and in the manner of the saying, the artist gathered a village of collaborators around him from Mulay, K.ZIA, to Sedric Perry. When working together respect and communication are essential, “I really try to understand what they are trying to say”, Noah says about the process. “We usually work around a general consensus, an idea, a theme. Then it is like a dance with the other artist.”

What Noah Slee describes as a dance – the collaboration with other artists – is based on mutual trust allowing intimacy in the creation process. Community has always been an important harbor for the singer. Moving to Berlin in 2016, he quickly found a space among the RnB / Soul artists and in the local queer community. Over the course of the pandemic and the last two years, which put the Black Lives Matter movement into the public eye again, community grew to be of increased importance.

“Community is about embracing what we are going through at the time. BLM was a gateway theme for the record.” 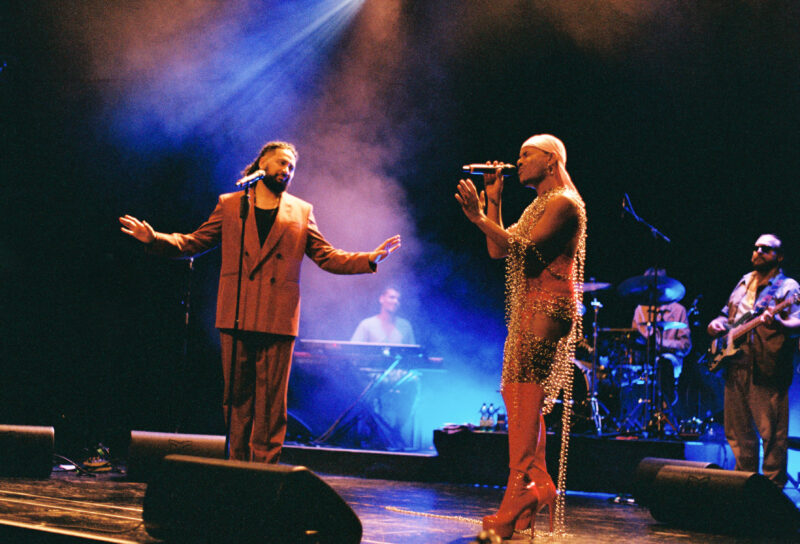 Grown out of the need for resistance and healing, the record is a document of that process. Creating a safe space with people who share similar experiences is one of the main foundations of the community that Noah Slee moves in. As a queer artist with Tongan roots, the singer finds connections to Berlin’s vivid queer scene and gathered a group of talented BIPoC artists around him. As the album title says, it takes a village to heal personal and collective wounds and to fight sustainably for change. And Noah Slee’s village is tightly knit.

“I got to a stage of my life where I have to choose the battles I fight,” he says. “In the Pacific Polynesian community, it can be hard to be my authentic self as a queer person. They give me so much love and energy but there are some things that they will not understand. It is a colonized place and with that came certain mindsets. I understand that as the root of the problem and I grew more sympathetic of that community. But of course there is a line and you do need to feel safe.” Embracing the complex identity and the intersections with different communities, Noah Slee uses this record to carve a niche for other queers and People of Color. It is a place where he does not need to educate if he chooses not to. Being part of a community means that peace of mind of having a basic understanding of a shared experience.

“It is so important to be somewhere and not having to talk about anything because people just fucking get it. I crave that sense of community.”

This needlessness of explaining oneself allows intimate exploration of emotions through conversation and music. And growing out of that shared point of view, there is a certain tenderness inherent to the music. Noah Slee and his collaborators strike the balance between embracing vulnerability and intimacy amongst one another while still showing a fierce stance in protest against injustices they face. COMPLICIT featuring Mike Nasa, for example, directly calls out passivity as a damaging practice. “You’re being complicit if you stand by”, they sing and raise awareness for the injustices on the structural and personal level. Glossed over by the smooth instrumentation, the grooves carry important messages for those who listen closely. 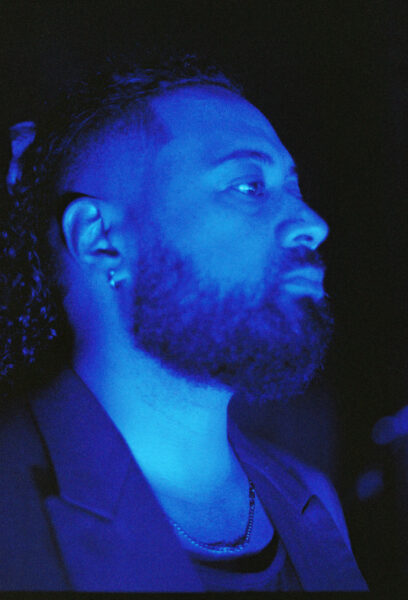 In the nest of a safe community, the process of realization and addressing societal injustices is easier. It helps to get to a point of communal and personal healing through resilience and softness still there a part of the process that needs to be done alone. Fittingly, HEALING is one of the only two songs that does not feature another artist. Through mellow RnB and soul compositions Noah Slee explores collective and personal trauma digging deep in the safety of the shared space. “Community can help to get to that point of understanding some things. But the actual healing from wounds of the past comes down to your personal endeavor. There are different stages to healing and one feeds the other. Bonding and sharing and venting – those things are so important to learning who you are.”

It is that feeling that Noah Slee’s music encapsulates. The powerful RISE featuring L V J, fellow Aotearoa rapper, is an uplifting anthem about rising from the ashes and towards better days. While dealing with heavy themes like trauma and the existence of BIPoC in a world that is still shaped by neo-colonial ties and white supremacist hetero-patriarchy, Noah Slee finds a way of healing through music. And even though the RnB compositions go down as smooth as honey, the lyrics target important issues. It takes a village to spark change and there is a sense of optimism to the record directed towards encouraging and representing the community. “Own it, love it“, Mulay sings about her heritage on, CULTURE and when she comes onto the stage at the concert, the vibration changes. Like with all of the other features that Noah Slee invited to perform with him, the artists create a moment on stage that is uniquely theirs.

Probably one of the most powerful songs on the album is GOLDEN featuring Joy Denalane. Noah Slee sings “sifting through the trauma until I am left with golden pieces that will stand the test of time”. That line embodies the essence of the record;

“The song is about these aha moments, the realizations, and the puzzle, which is your life. It’s about trying to make sense of that and seeing what I need to unlearn. There are so many different levels of trauma. When it comes to confronting it, understanding and realizing are the first steps. To me parts of trauma – not that I wish it upon anyone – are an eye opener.”

Noah Slee makes use of a powerful metaphor. He is sifting through the trauma in search of the little pieces of gold. Against the common understanding of trauma as something to overcome, he realizes the complex character of trauma. “You cannot get rid of it, you can only grow with it. Recognizing it is the next phase of the growth. I am now at a stage in my life where I can dive deep into trying to understand the past and present and moving forward from that.”

In that process, the new connections in Berlin are just as important as the Tongan roots of the artist. During our interview, he tells me about the three dots that he has tattooed on his wrist connecting him to his roots. “They are representative of a cultural belief. The three dots mean to be one. We find this symbolism everywhere – there are three dots on the coconut, for example, as well. In Tongan culture people mark their whole bodies with symbolic tattoos, but I am chickenshit”, he laughs. “The patters and drawings are all connected to stories and tales. This one stuck with me because even my grandmother had one, which is pretty gangster.”

Noah Slee carries those ties with him into the music he puts on stage that evening in Berlin as well. Celebrating all parts of his identity, the concert venue is bursting with affirmative energy. The songs mix fiercely rapped verses confronting injustices and gentle lines of appreciation and love for one another. About the record he says, “it’s a small insight into the creative community here in Berlin I’m apart of”, and the show feels like being invited to share that space with the artists for a moment. There is a certain appreciation in the air, not only for the music that Noah Slee composed and put on stage, but for the larger goal of his project. it takes a village is a gentle revolution that comes from a communal place – an approach to sustainable change, healing, and growth that we should learn from.

“We sing about the complexities of life and we sing about the struggles we face. We sing about hope but not forget about addressing injustices. It’s layered and insightful. I know as a creative I’ll look back one day and be proud of what WE produced. Something for the times, addressing the past and optimism for the future.’

it takes a village is out now. 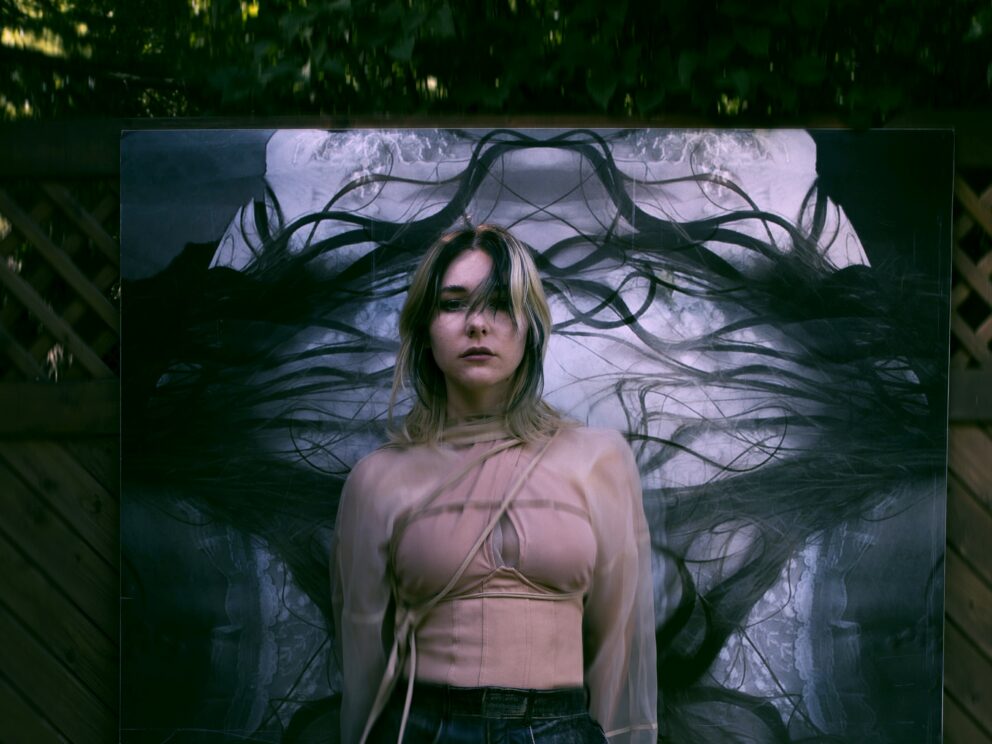 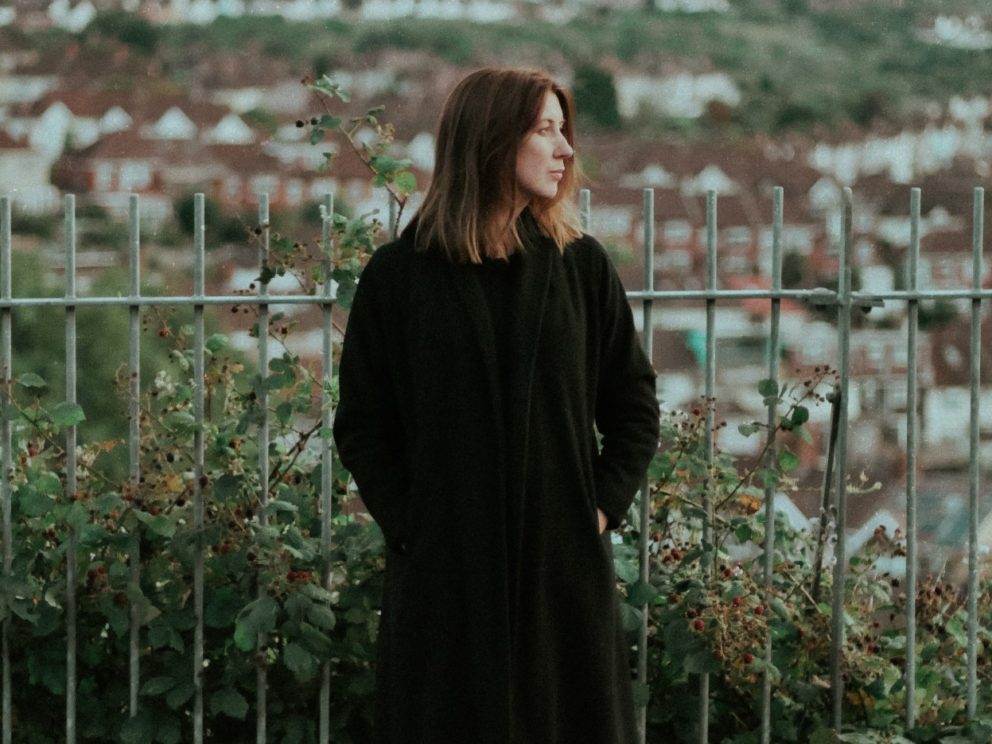 When you google the name Sailing Stones you will see a whole lot of deserts, sands and documentaries about a mystical natural phenomenon. The stones, which seem to move at first glance, can be explained by the work of physics and water melting underneath them but the name still rings in the ear like magic. Something about the slow, yet continuous movement of the rocks fascinated the musician Jenny Lindfors and she took on the name as a moniker for her musical solo work. 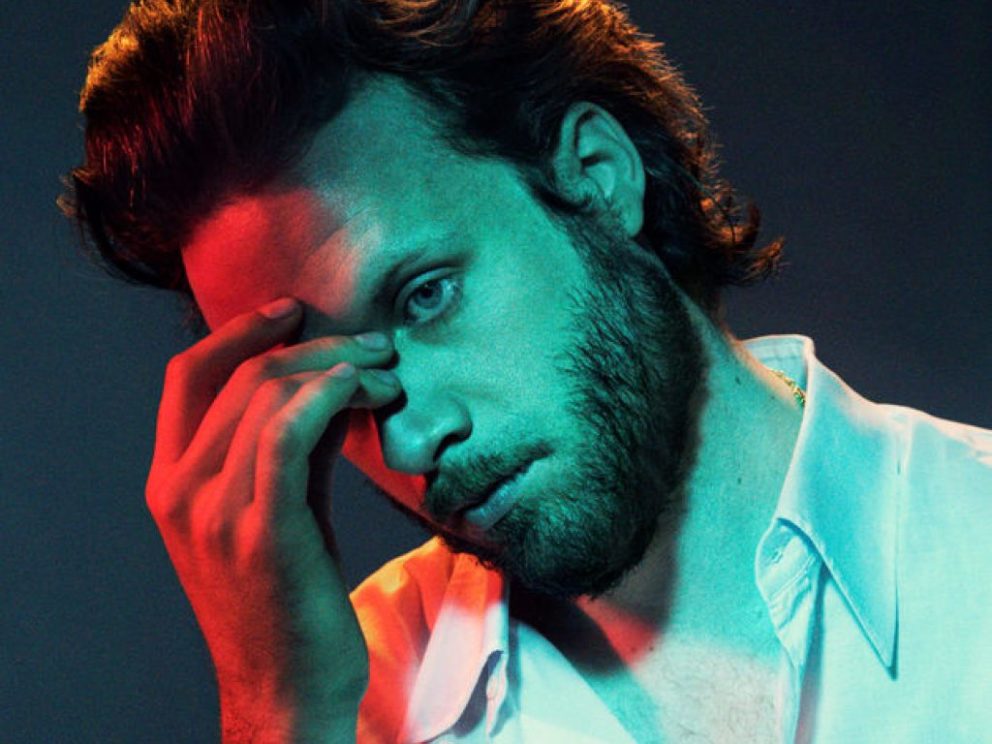