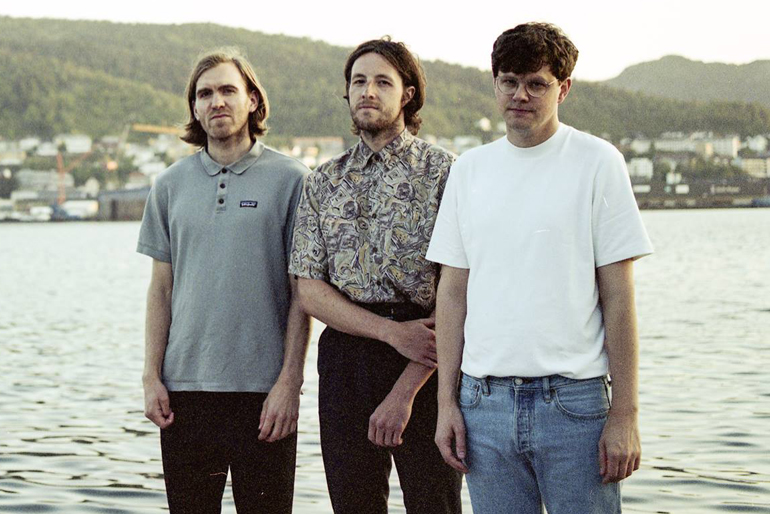 Have you ever been to Bergen? Well, you should be, at least according to CHAIN WALLET. The Norwegian trio just released its very satisfying self-titled debut album and if you happen to be a fan of shoegaze-infected dreampop á la WILD NOTHING or DIIV we highly advice you to stream it at the end of this article. Your artistic home base usually also affects your work and Stian Iversen, Christian Line and Frode Boris are no exception to the rule. We asked the crafted newcomers to give a personal insight into their daily environment – and here is the result. A personal trip to Bergen, guided by the CHAIN WALLET lads.

We have a 9 square meter room in an old abandoned kindergarten in Laksevåg, a twenty minute walk from the city centre of Bergen. Just about every single melody, guitar line and chord progression of the album was written inside this confined space. We have decorated the room nicely, with random paintings and furniture from thrift stores. It has all the necessary equipment to record lo-fi demos with drum machines, guitars, a shitty bass guitar and a nice selection of synthesizers. Even though the view of Bergen is spectacular from our tiny window, some days we can’t even see the city lights because of the thick layers of mist. Sometimes during recording and writing new songs, we take a break to watch footage from the 1995 film “Dis” by Aune Sand whilst listening to what we just recorded. 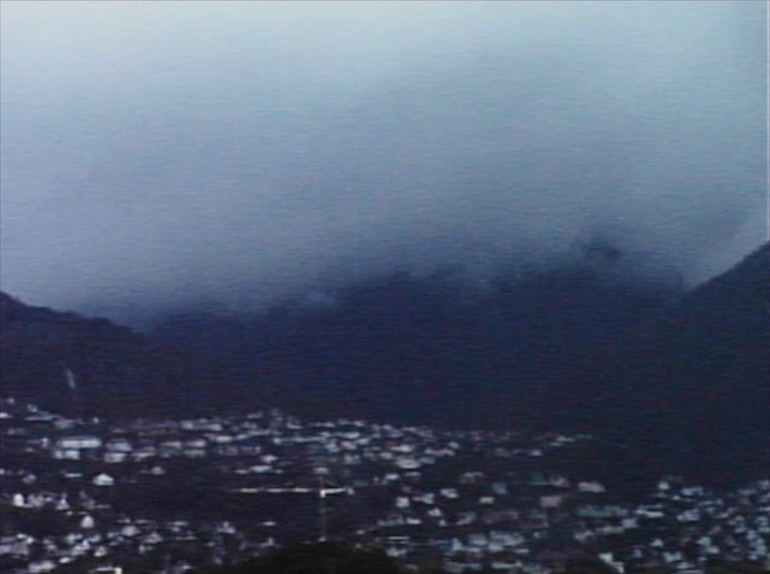 The view of Bergen from our rehearsal space.

We recorded the final version of the album in an old meat factory named Bergen Kjøtt (Bergen Meat). Today it functions as a wonderful center for musicians and artists, even though it still has a few relics from its sinister past. Bergen Kjøtt accommodates some of Norway’s most impressive bands like RÖYKSOPP and YOUNG DREAMS, just to name a few. The factory has a nice rooftop terrace where we can have our lunch break once in a blue moon, when the sun graces us with its presence. 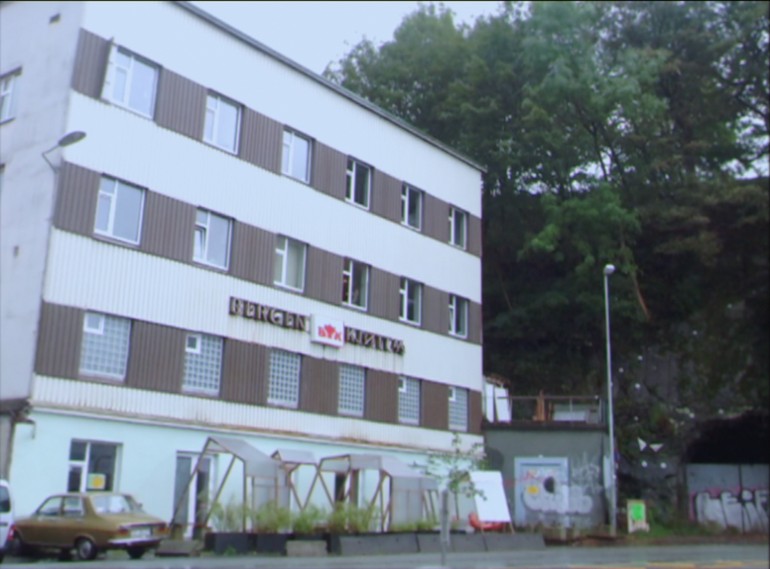 This is our favourite bar, and a hangout for Bergen’s many musicians. Just about every bartender working at Bedre Føtter plays in at least 3-4 bands. Some of our favourite bands are represented behind the counter. They play cool music and make great drinks. Everybody should try their “potetskruer” (awesome 90’s potato snack). We actually signed our record deal with Jansen Plateproduksjon on a dumpster in Bedre Føtter’s back alley. The official name of the bar is Muskedunder, but the sign outside says ‘Bedre Føtter’, which means ‘better feet’, so people just call it that. It used to be a shoe shop for people with feet problems. It is the kind of place you can go to alone, because you’ll probably meet someone you know and have a great night. 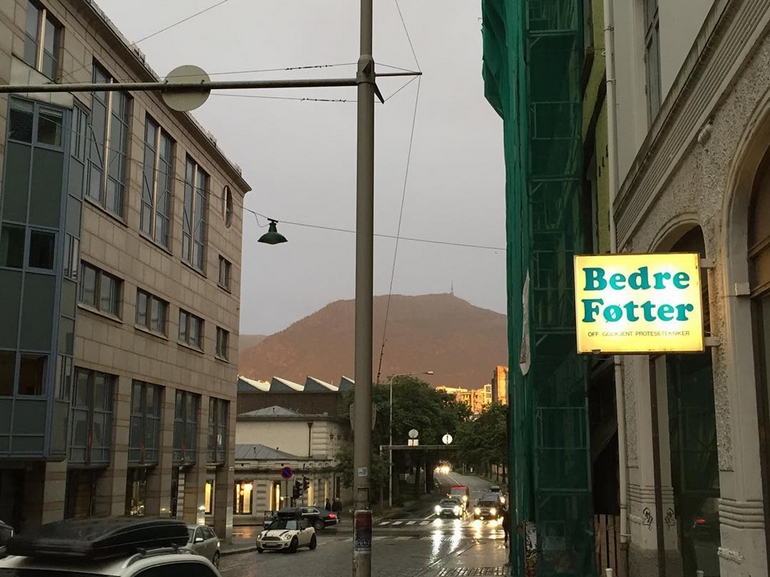 Even though the guys in the band are good friends and all, when it comes to hobbies and passions, we don´t really have much in common other than music. Luckily we share one other life defining obsession: coffee. Delicious light roast coffee. Bergen’s burgeoning coffee scene is unfortunately miles behind Oslo’s, but we have one REALLY good shop, Blom. Located on the Height of Nygård, it is probably the best place to enjoy a serious cup of coffee. If you’re lucky, you’ll get served by Frode Boris, the guy who plays synth in CHAIN WALLET. 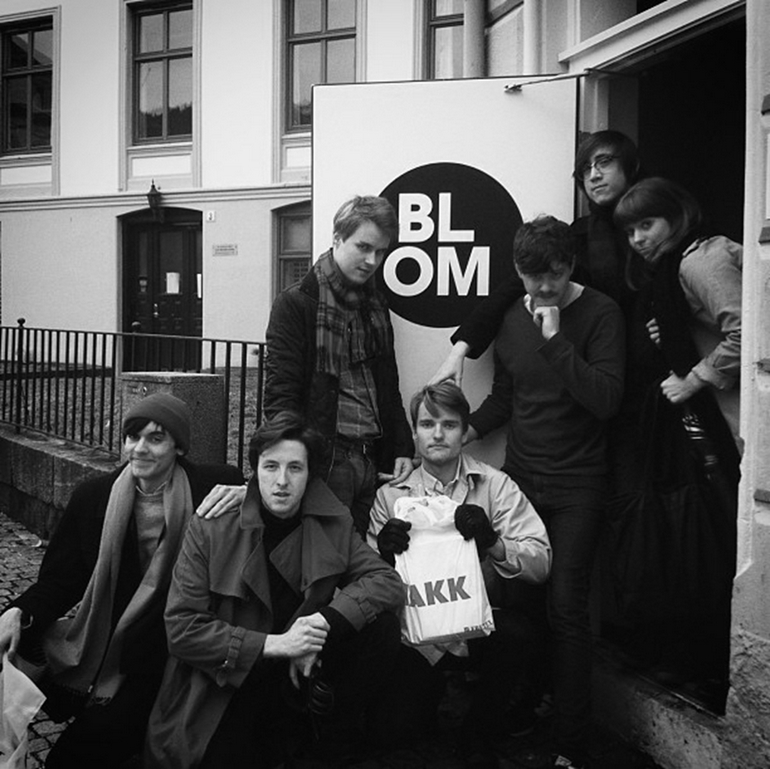 In the centre of Bergen, there is a beautiful functionalist, publicly funded art gallery called Bergen Kunsthall. It was designed by the legendary Bergen architect Ole Landmark. Bergen Kunsthall’s café and concert venue has taken its name, Landmark, after this architect. It is the best place to catch a concert with your favourite indie acts, in large parts thanks to promoters like Perfect Sounds Forever. Landmark also features the best dance floor in Bergen. We can’t wait for the revival of our former label Nabovarsel’s mythical club nights! 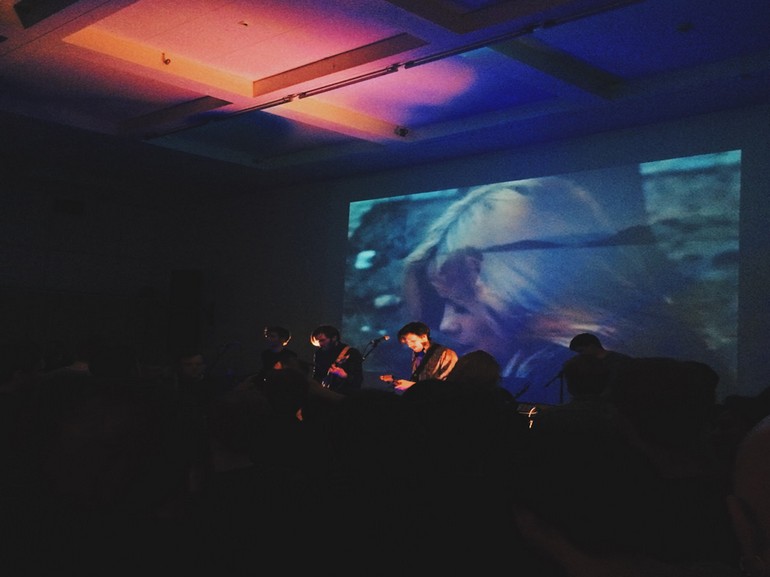 This statement is stolen from former Mayor in Bergen, Trude Drevland, from what must be the strangest video on the internet (a public appeal to host the world cycling championship). Bergen is in fact surrounded by several epic mountains, which again causes the dramatic grim weather that Bergen is so famous for. We consider these mountains and their function as isolating gates to the rest of the world the backdrop to our music. When time came to shoot a music video starring ourselves, it was an easy decision to shoot on one of Bergen’s most majestic mountains, Rundemanen. 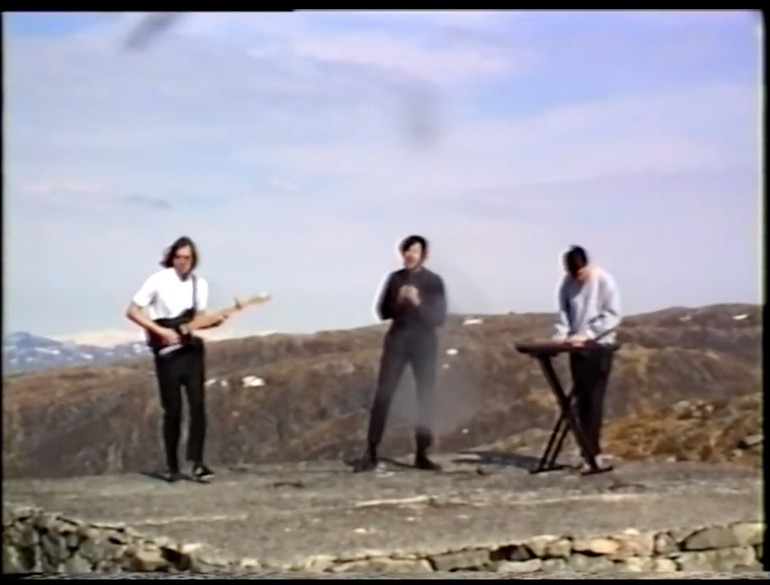 From the music video “muted colours” dir. by Gaute Terjesson.