From their debut Mánadans over their self-titled second album to their latest effort Nótt eftir nótt1, synth-punk trio Kælan Mikla from Reykjavík create sonic landscapes that completely make up for any lack of understanding. You don’t need to speak Icelandic; half-spoken half-screamed vo-cals, melodic basslines and other-worldly synth sounds transport the songs’ meanings. Neverthe-less, writing poetry and working with words are integral parts of the band.

So, we met the three women shortly before their show in Cologne to let them prove their verbal skills (and get to know them, of course) and played a simplified version of Taboo. First takeaway: They don’t know Taboo, but they know Alias; it’s basically the same game, but the only forbidden word is the one to be described. Kælan Mikla were eager to explain the words as good as possible and now it’s up to you: Can you guess them? The words are all connected to the band but they’re getting more and more difficult. The correct answers are at the bottom of this article.

Sólveig: It’s a country filled with elves and stones and a thriving music scene. And it’s really beautiful. It’s covered in glaciers and surrounded by ocean.

What do you miss when you’re not there?

Laufey: I miss the nature and just the view. I like seeing the ocean and the mountains, so I miss that.

Margrét: This is something that you have with other people that you really care about and you think they are pretty awesome and cool and fun and you like to hang out with them and do things with them like for ex-ample make cool music and tour around or just whatever you want. Guess the word!

What does it mean to you and the band?

Laufey: It’s between us. It was between us before the band. And now it’s good to have it.

Margrét: It’s really nice to be in a band like this. That sounded so lame. (laughter)

Margrét: It would suck if you were only making music together and you wouldn’t really like each other. Just doing it for business.

Laufey: There’s a lot of bands like that. I don’t want to be like that. And we take people we like with us, as roadies or stuff, not random people.

Do you also have bad experiences with it?

Laufey: It can lead to drama, which has of course happened because that’s normal.

Margrét: And it happens when you’re under a lot of pressure and you’re travelling; then you’re hungry or tired and been doing this for many days.

Sólveig: And sometimes we make the people we love the most suffer the most. We have high expectations of them.

Margrét: But in the end, the best part is, just being able to say ‘Sorry, I was angry yesterday’. We can always make up if something happens.

Sólveig: Also for the respect of the band. I sometimes wonder if the band was not existing. Where would we be? Would we be like ‘Hey, do you want to hang out and not make music?’ (laughter)

Laufey: Now it’s getting harder: This is when you can’t sleep.

Margrét: I think it has happened to all of us a lot recently.

Laufey: And we used it as a theme on our album which is called Nótt eftir nótt. You can probably guess what that means. It’s when you don’t have any dreams. It’s like a sickness you get when you can’t sleep for many days. It’s when you’re only awake.

Why do you think did it happen to you?

Sólveig: It was weird, for a couple of months we all experienced this. It was last year. Actually, I have better sleep now, maybe since the album is out.

Margrét: We were all just going through a lot of travelling, missing Iceland and just doing so many things. I was having a lot of sleep paralysis which is really creepy. Your body can’t move, and you see creatures entering your bedroom and the other girls were also having a lot of different sleep problems. And then we started to write the album and it kind of is about not being able to sleep and also about the stage you get in when you are not awake but you’re not asleep either. It’s like that weird middle state that’s really magical and creepy.

Laufey: It’s like a mystical night album. It’s about all the mysterious things that we don’t know about that happen in the night.

Sólveig: This is persons and they are in a book and in episodes, written by Tove Jansson. It’s like many creatures in a field of grass and flowers and mountains. And the favourite mountain there is the lonely mountains. And they are really good friends and they all have a really distinctive character. One is greedy, one is kind, one is loving, one is an adventurer and so on. These stories are made for children. But they’re really good for…

Margrét: They’re also made for adults, they’re made for everyone.

Sólveig: …really good for adults as well. In every age you can enjoy them in different ways.

You chose your band name after one of the characters. Why did you do that?

Laufey: When we hadn’t decided to be a band and we were just doing one act, we just thought it would be funny or something. But then it ended up shaping us a lot into what we are today because The Lady of the Cold, she brings the winter and if you look into her eyes you freeze to death. And she’s very beautiful but she’s very cold, too, and dangerous. It’s kind of the persona we’re working with onstage. We’re all possessed by her when we’re performing. And we do a lot of songs about the cold and stuff like that. It was like an accident at first but then it turned out to be so fitting.

Margrét: When we perform on stage, we sometimes feel like we are kind of possessed by her spirit. The spirit of Kælan Mikla or The Lady of the Cold, if you translate it into English. The three of us together embody her.

Margrét: This is a style of music, a rough style of music. It’s like when you portray your feelings with things you say out of your mouth like lyrics. It’s a genre but I’m not sure if this is a really famous genre. It’s something we kind of just made up but then we saw other bands also define themselves with this kind of genre.

Laufey: We thought we were making it up. (laughter)

Margrét: Of course, it existed. But we were like: ‘Yeah, we own this genre!’ It’s what we were starting out doing before we started playing synths and doing more electronic things like we do now, we’re more rough and unpolished.

Sólveig: This word is two words: The first word is when you write down many letters together and they form beautiful sentences and paragraphs and you can read them out loud to a crowd or not.

Laufey: And the second word is a music genre, it’s really badass, like Sex Pistols.

Would you still use it to describe your music?

Laufey: We still use it but we can also use other genre names.

Margrét: We’re more electronic now, I would say, but we still have that spirit.

Laufey: There’s still a little demon inside of us.

Sóveig: It came out yesterday really well because we played at a venue that was just horrible and the sound was terrible, and we didn’t know what to do and we just ended up saying: ‘Fuck it!’

Laufey: Margrét was playing bass out into the crowd and I never hold my microphone but then I was just holding it, going ‘Aaaaaaah!’, leaning very close to a person in the crowd. We were just all going crazy.

Sólveig: We always used to have an intro to our set where I would scream or say angry poetry while Margrét is playing the bass and we haven’t done that for a couple of months and we de-cided to do it now. So, it’s still in us.

The following concert at Blue Shell was great. I especially enjoyed seeing how Laufey, Margrét and Sólveig were equally contributing to the performance and that Kælan Mikla wouldn’t work without the three of them together. That’s special. Just like their deliberate use of incense sticks, motions, lights etc. which made for a deep experience of the songs. That’s a high level of quality for a first big headline tour! 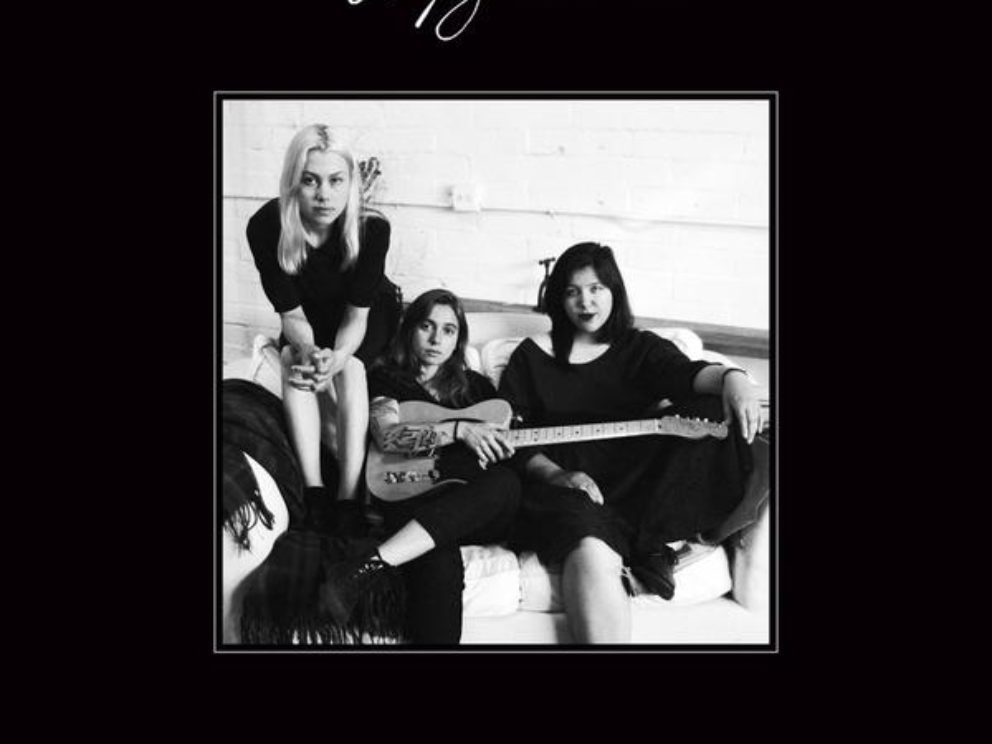 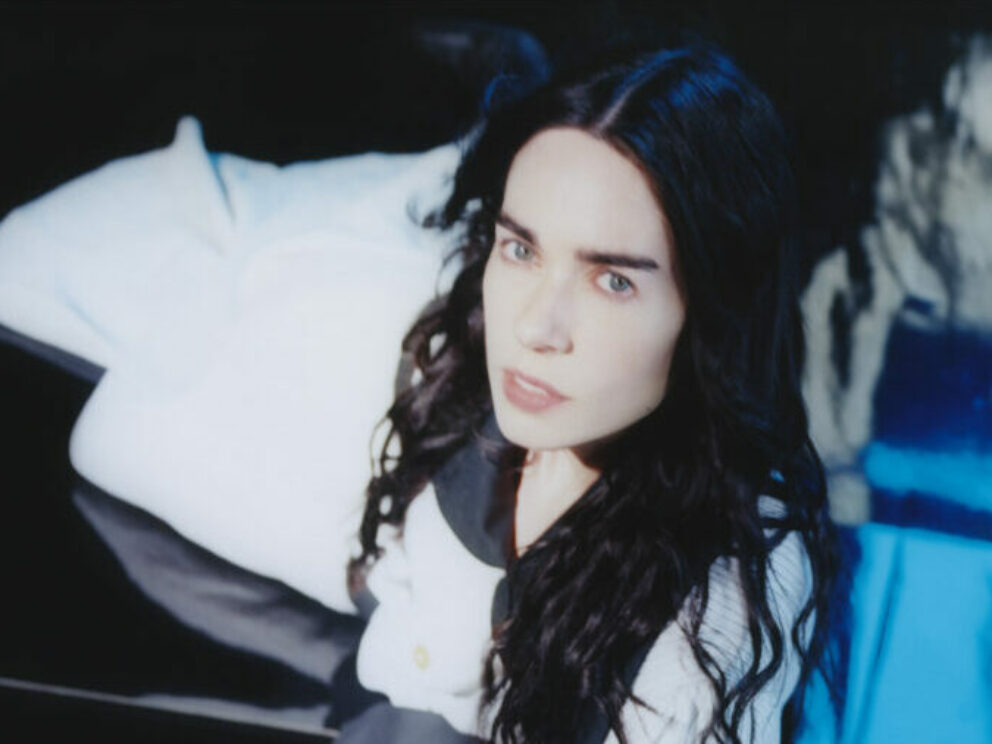 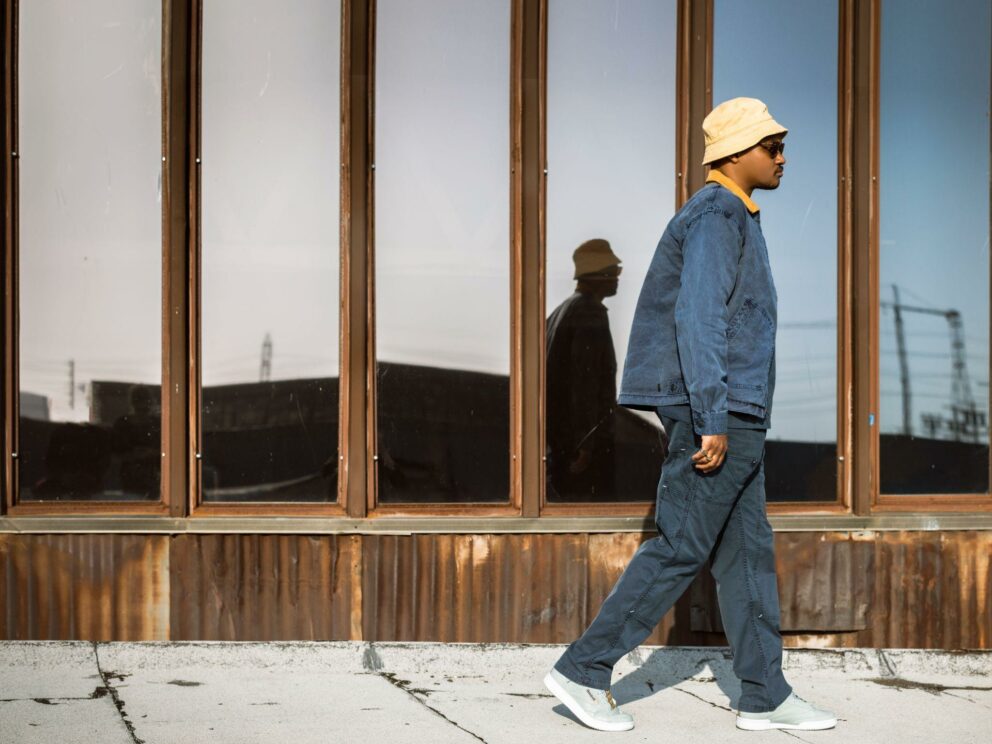