In this new series NOTHING BUT HOPE AND PASSION wants to take a closer look at past decades which still have a big impact on our daily lives. Our ‘first season’ (to stay in the wording of the Netflix generation) is all about the 80ies: movies and series, fashion, famous songs and bands of this decade. And of course some more pop cultural phenomena that won’t disappear or celebrate a huge comeback after almost 40 years. Let’s star with the basics first, the pilot of our series. What is it with our longing for those past times that manifests on so many cultural levels? This first episode gives a little overview of the upcoming articles and focusses on the humanity’s current insatiable longing for former times.

First of all: Yes, I’m only 24 years old and obviously not born before or during the 80ies. But pretty often I wish I would have witnessed this special era where people didn’t need computers for working, weren’t reachable with their smartphones the whole time, wore colourful fancy clothes, listened to handmade music, didn’t have that many opportunities, seemed to focus more on the important things in life… okay I’m stopping here, otherwise I would continue this list endlessly. And I’m surely not the only person who thinks this way: there is a general longing for analogue times visible in our current society. Especially in pop cultural phenomena. Just take music: bands and musicians often prefer using analogue equipment then the new digital stuff, which is often complex and hard to manage. There is an overextension of digital equipment and possibilities: which DAW shall I use? What digital synthesizer is the best? And so on. Bands that were formed during the 80ies release new albums (Depeche Mode, New Order etc.) and celebrate comebacks (The Jesus And Mary Chain etc.). In fashion, there is a big revival of neon colours (colour blocking), fancy leggings, high waist jeans, shoulder pads and glitter clothes (especially glitter socks). Original 80ies movies get sequels/ reboots (e.g. Blade Runner or Ghostbusters) and there are even hyped series that play during this decade (e.g. Stranger Things, Dark and that ‘San Junipero’ episode of Black Mirror). Exactly at this just listed pop cultural aspects we want to take a closer look in the next episodes of our new series. But let’s get back to our main theme in our pilot: the societies general longing for former times.

How would the world look like without advanced computers? Without telephones and smartphones? Without Facebook, Tinder or Instagram? Most people can’t imagine this scenario, but it actually was like this during the 80ies. And even if it’s hard to believe it: those people didn’t miss these things. I mean how can you miss something that you don’t know? To me, it seems like people back then were easier satisfied than today. They didn’t need a massive amount of stuff; simplification and reduction were important.

Today there is an overabundance of almost everything: food, electronic devices and equipement, places to go … In general: a never-ending offer of possibilites with which many people are overstrained.

For example, there are way too many things you can do after finishing school: do a job training, travel, study and so on. Even when you choose one of those opportunities the decision making process doesn’t stop: what job training do you want? Where do you want to travel? What do you want to study? Some people do have a plan, but what about those people who don’t exactly know what they like to do 35 hours per week? Back in the 80ies, those opportunities obviously also existed, but way more restricted. Not with thousand different study subjects or countries to travel to (it was much more expensive back then to fly to another country). And if the child didn’t know what to do most parents decided for them so that they at least had some kind of education. Today kids are often on their own in making a decision after finishing school and quite often pretty lost with the amount of opportunities. Of course, it can be positive to have so many opportunities, as you can really get the chance to fulfil yourself, but this is unfortunately not easy for everyone. 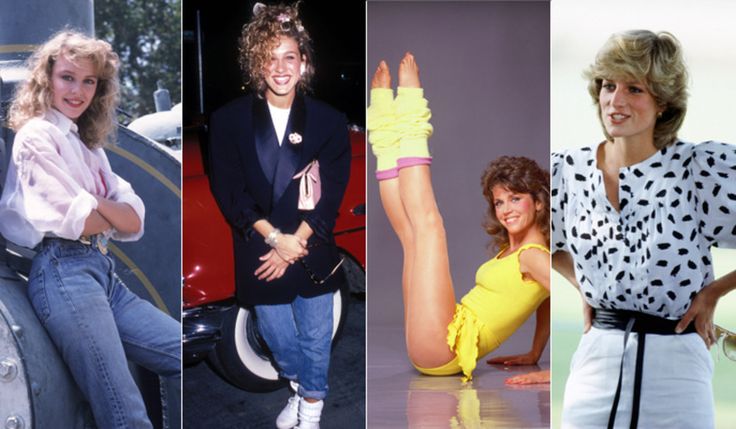 Issues with the fast pace

Today everything needs to be done quickly. Computer programs and robots replace people because their work is much more efficient and faster. As a result there is a constant pressure on people to do extra hours at work and be constantly reachable – even during holidays. Without computers and smartphones people didn’t feel that pressure to keep pace with the machines. We aren’t machines and robots but are often told we should act at their speed. Back then, work was work, holidays were holidays, there has been a clear devide. You didn’t need to have the fear that a computer will replace your job back in the 80ies as we’ve just started using them.

What’s the point in professionalizing in a certain job field today when there’s no guarantee whethere this job will actually still exist in ten years?

With a less technical environment everything was slower and people focussed on other things than updating their Instagram profile in their free time. Things that took more time than today: analogue photography, recording and making music with analogue equipment and writing a poem on a typewriter are just a few hobbies that were or are pretty time-consuming. Most people also took more time to listen to music – with vinyl, it wasn’t that easy to skip a song, so they listened to the whole record. Or at least to one side of it. Today, in times of Spotify, TIDAL and digital playlists, people just skip songs in a second and don’t pay that much attention to it. There is just way more music available everywhere. It can be a good thing, yes, but the quality often suffers from it, artists become replaceable and the general oversupply tends to bore the audience and undermines the value of music and art.

Overall you could say that that our society currently suffers from an isatiable longing for these former times, especially for the 80ies. This fact expresses itself in many different aspects of our society: feelings, hobbies, music and many, many other fields – even in whole lifestyles of some people.

We long for a less accelerated society, with simpler answers and definitions, for a time when our idea of the future was a more promising one, less frightened and uncertain like it is today.

We live in transitional times which automatically makes people long for something more relatable, partly also with that nostalgic notion. So, that’s the philosophical aspect of it but besides this discussable aspect there are some quite fascinating and simply really good aspects of that decade we from NOTHING BUT HOPE AND PASSION would like to take a closer look at in the near future. If you are curious about what lies ahead, feel happily invited to follow me on that journey to the past over the next few months.

What are your thoughts on this issue? Feel happily invited to let us know right here.