A spark in the dark: Hannah Epperson writes the story by her own rules

Context and concept are two crucial elements in the musical world of Hannah Epperson. I mean, her adventurous and exciting songs would still unfold their magic without these two but if you are aware of the story behind her music a whole new world opens up. For the Canadian artist with the American pass anything else wouldn’t make any sense. ‘If there’s no story, if there’s no effort put into the design, then for me it’s like … what’s the point?’, she tells me. And that’s what the idea of her two albums – the already released Upsweep and the forthcoming Slowdown – is all about. ‘They’re different chapters of the same book, and I think the book is complete,’ she explains. And that book is the story of Amelia, Iris and … well, Hannah, who’s in the middle of it all.

When I first witnessed Hannah Epperson on stage about two years ago I was fascinated of how easily she could manage playing the violin, singing her songs and handling her loop station, most of the time simultaneously and with impressive multitasking skills. ‘I love this physical aspect of performing,’ she explains to me and tells that a lot of balance is indeed required to perform the way she does. ‘I don’t think I’ve ever considered the work I do on the loop pedal to be training,’ she says although admitting that her frisbee skills (she is part of Canada’s national Ultimate Frisbee team) might have been helpful here. It’s impressive to witness her magic and magnificent skills while the tender sounds caress the listener’s soul. Over 90 concerts later the magic is still very much alive.

Slowdown follows 2016’s Upsweep and according to Epperson they are both part of a conceptual experiment which she didn’t really realize she was conducting until the work was actually over. The five tracks on Slowdown exist in two versions – one labelled ‘Amelia’, one labelled ‘Iris’. Amelia presents the songs with a broader instrumental approach and partly electronic grooves while Iris keeps the songs quite reduced. The context of these two women is essential for the songwriter to tell the story. So, what are these two characters about?

‘Amelia is an expert show(wo)man, bold and dramatic, provocative in her sensuality, a presence that commands a room just by being in it, and knows this unapologetically. She gives the impression of being fiercely confident, at ease in her cadence and her body. But her inner world is fiercely turbulent. She’s hyper aware of the nuances of the people around her, and closets deep thrusts of anxiety about the effect she has on the worlds she inhabits.

According to Epperson both protagonists appear at some level ‘to exist as foils for each other.’ In the narrative world that she originally assembled and learned them through, ‘their modes of expression are energetically opposed, but the substance of their expression is tethered’ as she continues to explain.

‘Iris is quiet, she moves gently, aware of the way her every gesture displaces molecules. She performs tea ceremonies and prefers difficult books about troubling subjects to the company of people. Because she is an expert at avoiding being captured in someone else’s gaze, she is able to observe things and people at an almost microscopic level.’ 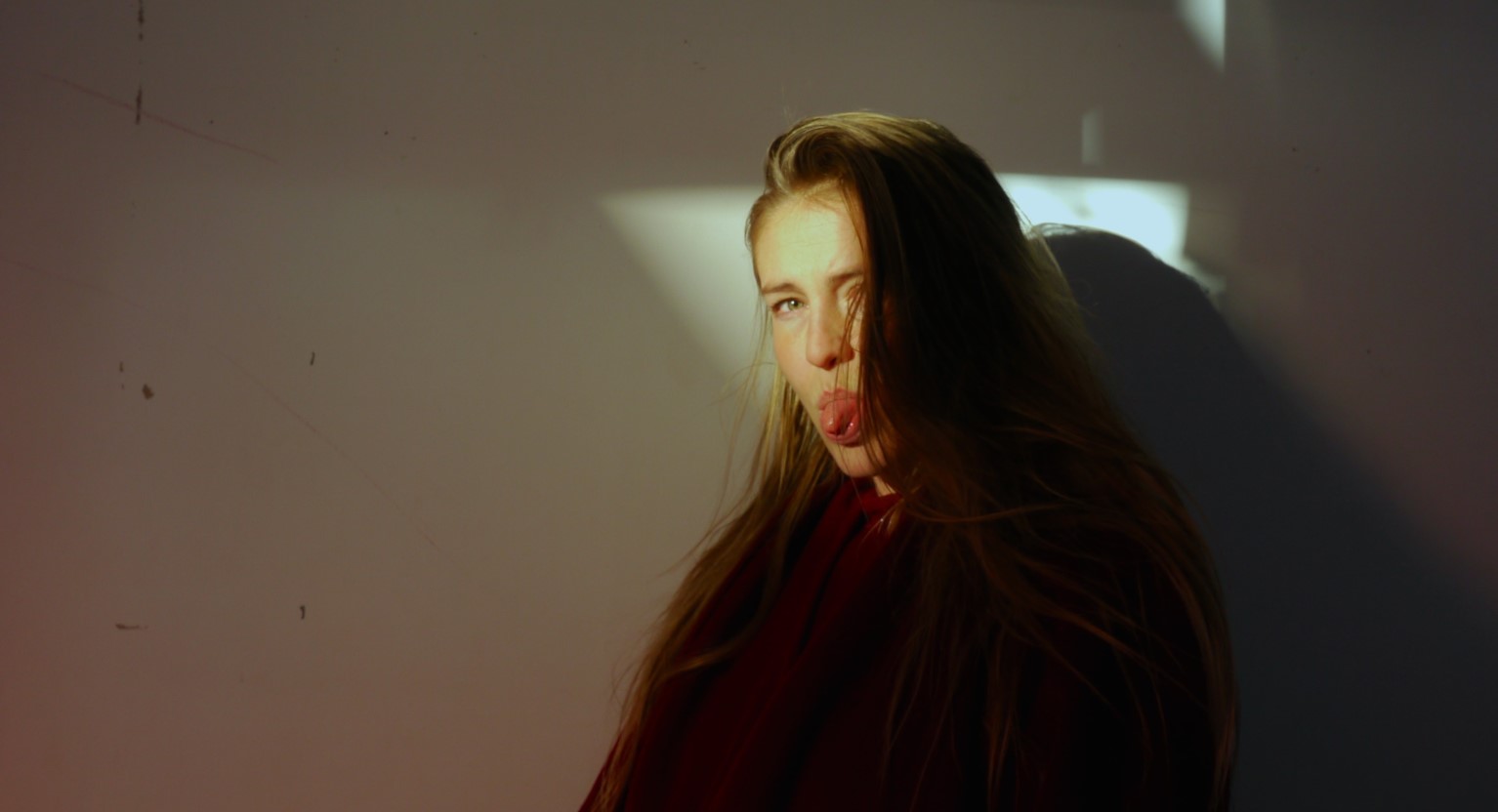 The moment these two women clash marks the important part of Slowdown as Hannah Epperson continues to explain. A transformation happens, but one for different reasons. ‘As a vessel for the fantasies of others, Amelia’s powerful gaze is elevating and addictive,’ the songwriter tells me; ‘and too often easily misconstrued to appeal to the eye of the beholder.’ She passionately describes Amelia’s look as fierce, alluring, sensual, but eternally enigmatic. On the other side, Iris’s gaze is humbling, gentle, empathetic, but also direct. ‘It cuts through the matrices of fantasy and addresses what’s injured, what’s broken.’ Of course, in the end Amelia and Iris are the same character, ultimately. ‘They’ve just been given different tools of expression’; Epperson explains. In the characters of Amelia and Iris the Canadian songwriter found a fitting frame for these two sonic worlds she had been experimenting with for so long,

More than meets the eyes

As you can see, Hannah Epperson isn’t looking for an easy way with her music, she doesn’t actually care whether her experimental chamber pop with electronic elements appeals to a broader audience or not. ‘It’s for whoever finds comfort or companionship or joy in the design,’ she explains. Stubborn creativity that isn’t interested in compromises, that’s what she delivers. Obviously, Björk was a big inspiration here. ‘She’s been the most significant single artist in a long list of really important influential artists’ explains Epperson while being specifically inspired by ‘her fuck-you-attitude to the soul-obliterating social norms that constrain so many inherently creative expressive people’. Well, I couldn’t have said it better.

Don’t let the tender sound of Hannah Epperson and her gentle appearance fool you – this is a woman who knows how to fight for what she think is right, who believes in her art and its power to impress people, change their mind and support the important things in life. And although being aware of all the shitty things that are currently happening in the world and especially her American home she remains a fighter for progress and the change that’s already sensible in the air. ‘I think it’s amazing to be living in a time where the proliferation of creative technologies is empowering so many people to explore different mediums and connect with people across the globe who can support and inspire those explorations.’ Hannah Epperson passionately speaks about the possibilities of these new times which she also experienced as part of Brooklyn’s all-female music series and community called ‘The Hum’.

‘What’s even more exciting to me is seeing people overcome identity politics partitions and get involved in really diverse projects, where the focus is on making really cool shit happen, and then sharing that really cool shit with as many people as possible, because that’s how you rage against social inequality of any ilk, and is ultimately how you kill fascists.’

From frisbees to killing fascists – well, as you can see there’s clearly more than meets the eye with this young lady. When Hannah Epperson speaks you immediately sense all the positive and important power that music and creativity can still have in the years 2018 despite the complexity and acceleration of our modern society. ‘The point is bringing something to light, to life,’ Hannah sums up the motivation behind her music. For her it’s exactly about that that small spark in the dark labyrinth. ‘Some fought-for truth that, once expressed, can connect you to other people who are wrestling for meaning in their own lives’ and I surely have nothing to add here. Hannah Epperson‘s own story has just started and she invites all of you to write it with her together over the course of the next years.

Hannah Epperson‘s second LP Slowdown arrives on February 16 via ListenRecords / Broken Silence / Believe Digital. Today we’re exclusively premiering another teaser from it – the ‘Iris’ version of 40 Numbers – right here. Don’t forget to catch her stunning live performance at one of her upcoming tour dates as well.