I am British … I suppose. At least, I was born in the UK and have a British passport. At the age of 33, approximately one third of my life has been spent in England. I’m lucky enough to also have an Australian passport, spending the majority of my early childhood near Perth, WA. The other third was spent moving around various European cities – where low rent prices permitted – made possible through music and touring.

Much of my family had moved around similarly too. My great Gran spoke with an Indian accent, but as a young kid, I genuinely thought that’s just how everyone sounds when you get really old. Her son, my Grandfather, was born in Kolkota –  around the time Gandhi was marching barefoot to Delhi – and my maternal Grandmother was born in Chile, then moved to Argentina – before sailing to Kenya with her family, where the two eventually met.

So, it was always my experience that this is just what humans naturally do. They move around – finding homes in different locations. But does home necessarily mean a sense of belonging too? 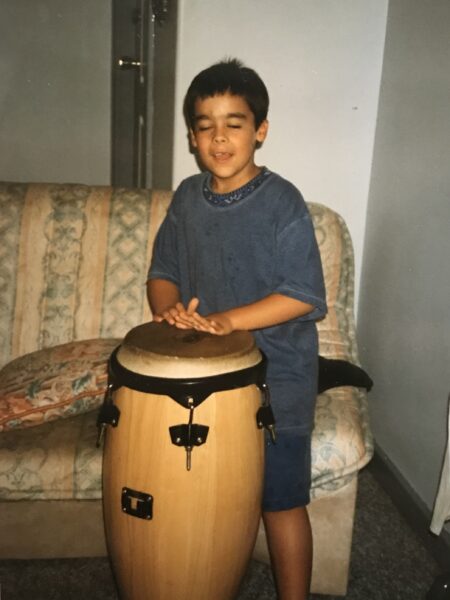 Childhood Will on the drums.

I have many innocuous memories, such as walking into a newly opened internet cafe as a young kid (remember those?) in my hometown. The British-Indian owner’s eyes lit up and he excitely asked where I was from. I was confused. I was from here. He turned and asked the same question to my Mum, who replied with something along the lines of “well, my Dad was born in Kolkota”.

Several years later, there was an awkward interaction with a very posh, elderly English man who repeatedly asked “No, where are you from?” (growing more rude and irrated each time) before he deemed that explaining my distant connection to India was an acceptable answer. England was apparently not an appropriate response, in his mind at least.

When visiting Kerala for first time I was very surprised and a little confused at hearing “Where are you from? You look like you’re from here” (Kerala still has many families who are proudly of Portuguese-Indian heritage). Or the old Nepalese women who would simply laugh when I told them that I was from England and respond with “No you’re not”.

I was told, so many times, that I didn’t look English, but didn’t have a clear place to point to as an explanation. It was around that time, coming into adulthood, I grew more curious about the roots of the family tree.

The Weight Of The Past

So, during the very bizarre and challenging period of 2020-2021 and the making of Active Imagination, I finally decided to dive into the archives more than I had before. I spent hours on Ancestry.com and linked up with a distant relative who sent a collection of amazing black and white family photos from Kerala (thousands of kilometres from Darjeeling, where my Grandad had spent his childhood). I even went as far as applying for a readers’ pass at The British Library in London, so I could spend some time in their ‘African & Asian Studies’ department. They have a huge collection of marriage and birth records up until India’s Independence.

Naively, I thought it may be possible to trace the very first 100% Indian woman in the family. To get to the root of the long running ambiguity. But geneology is notoriously difficult in India, due to a lack of record and name changes.

It was an enriching experience nonetheless and I learned just how far and wide each preceeding generation had moved around India.

They were an ambiguous bunch themselves. They had British or Portuguese sounding names, but shared the DNA of both the colonised and the colonisers. It was not uncommon for those of a European-Indian mix to marry within the same ethnic group, such had been the case with my ancestors for various generations. 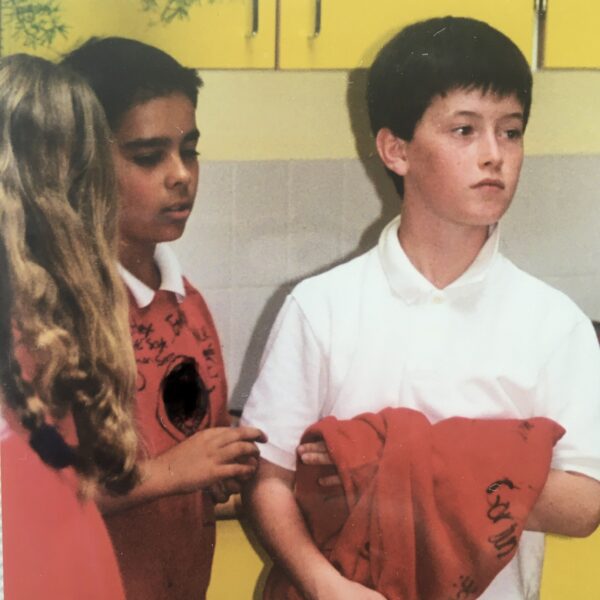 Back in the school days.

After Indian independence, many Anglo-Indians left for other commonwealth countries, such as the UK, Canada and Australia. Within India, they were often seen as a hangover of the British – and not fully accepted as Indian. But upon arrive in places such as the UK, they were sometimes met with hostility too –  and not fully accepted as European either.

During the research, I read that to be born Anglo-Indian, was to be destined to never have a true home. It blew my mind. As someone who had spent a lifetime moving,  trying to find a place that really felt like home, I wondered if it was some bizarre generational habit that was inherited somehow – at least on some subtle, unconscious level.

From the beginning, I made the mistake of seeking to find belonging within the music world. A landscape often quite obsessed with easy labels and quick judgments. Over the decade, I came to discover that if you cannot be easily placed into one particular music scene, then it tends to generally make things more challenging.

A close friend and former booking agent once said “The problem is, you’re not really in a particular music scene. Promoters don’t know where to place you”. I’ve wondered which group may fully accept the music’s apparent ambiguity or where it truly belongs.

For some, you’re an electronic artist, others a singer-songwriter, another an indie-folk artist. Then of course the opinions can vary from “artistic genuis” to “clueless” and everything in between. Similarly with a mixed heritage, you can be perceived in quite radically different ways – none of which you really have any control over.

I recently had a short album review in a large national newspaper that said the album was “quite unclassifiable”. It was one of the best compliments I could have wished it to receive! Ironically, the journalist actually meant it as a criticism. Another album review said almost the same thing, but meant it as glowing praise. Such has always been the case.

To me, those spaces inbetween is where the freedom is – not because I claim to be doing something so wildly unique that it is beyond classification – but because those are the areas that deserve being explored. Many other artists are doing this practise beautifully. 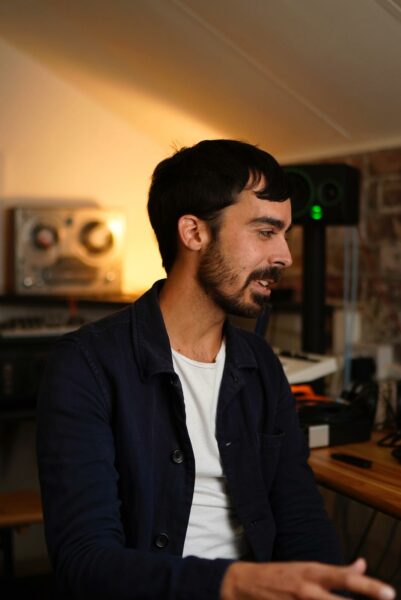 This ambiguity – for want of a better word – is often painted as directionless or indecision, but it is not. Art should be without boundary and this human need for neat labels can be so limiting. This space, right here, is where I belong.

Releasing an album can often feel like throwing a message in a bottle out to sea. You don’t know if it will ever be received. But sometimes, not only is the message seen and heard, but it is understood completely. Luckily, there has always been a small but slowly growing audience of listeners, radio presenters & journalists out there who catch the bottles every so often. Some who see “ambiguity” as its own unique space to be appreciated on its own merits, rather than a directionless ship.

Whilst it’s undoubtedly important to feel rooted and connected to a community, the more I have grown (especially within the context of the pandemic years) the stronger the affirmation that you must find that belonging and acceptance within yourself.

It’s challenging, in a world that increasingly tells us that external validation is so important. But we are all enough within our own uniqueness.

Active Imagination is available on all platforms and just now available on vinyl. Will Samson is also heading out on a tour across Europe. 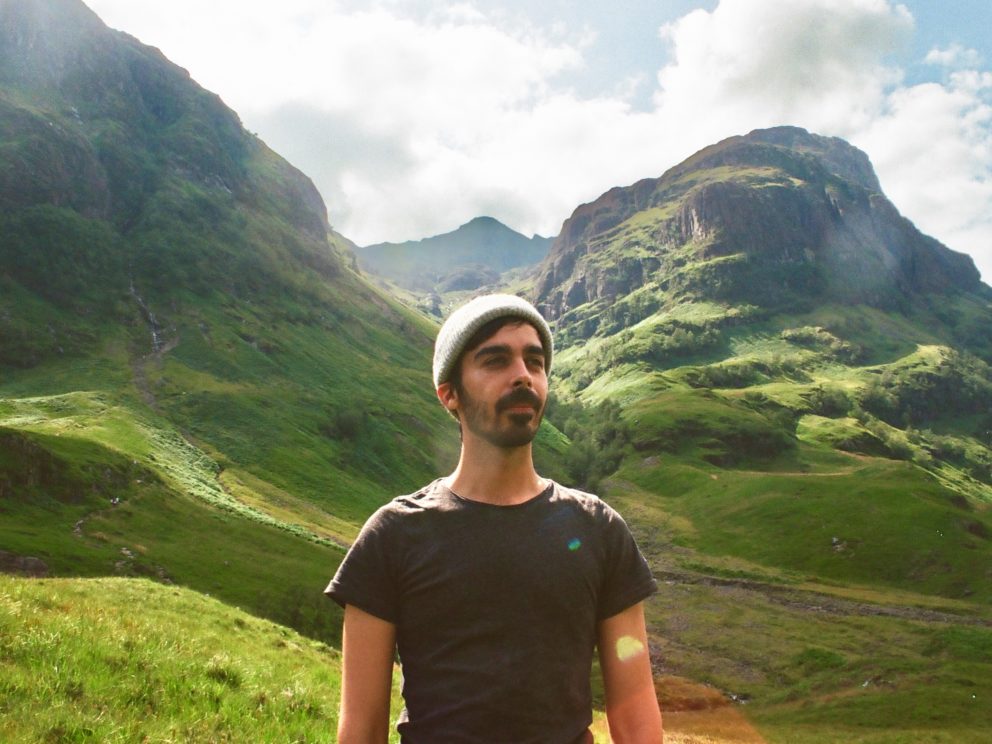