Even at the early stages of an artist’s career, moments of personal growth may coincide with the release of an album representing these periods. For Woodson Black, known under the name of Haux, Violence In A Quiet Mind is nothing less than the product of such reflection. ‘It really just kind of happened and I really had to get out of the way of myself, almost’, the songwriter tells me in the beginning of our call, thinking back on the process of writing the songs. ‘I didn’t go into it, saying: I am going to write this album about the darker experiences I had in the past’. And yet, the record had ‘been a long time coming’, as it touches on issues of grief, early trauma and addiction – all delivered in soothing and calm musical arrangements.

‘I always make songs in order to process different experiences inmy life and most of the time it’s not really a conscious process.’

There is something quite majestic about the sound of Haux and this rings true for his first full-length record in particular. Airy vocals and soft guitar sounds melt with dreamy synths, often added by steady and yet mellow beat and bass elements. The music delivers that feel of slowly walking into a still ocean with the soft wind slowly breathing down your neck, as you begin to take a swim. It takes you at ease and puts into sound the aura of solitude. ‘A lot of my music tends to be really calm and expansive but intimate’, Woodson says. ‘I feel a lot of tension through the atmosphere of the songs. And I think it could almost be as important as the lyrics themselves.’

‘I’m really just channeling an inner feeling and so when I’m creating the atmosphere or the lyrics, it’s really just like how I’m feeling or what sounds good to me in that moment.’

Working through the struggle

It does not take long to get behind the emotional backdrop of the album. Across the record, Black is processing the drowning experience of three family generations of substance abuse. Within the songs, he is trying to break free from the formative trauma that he has been struggling with. In Heavy, as in Hold On, he battles with the death of his aunt, who died by from an accidental overdose after years of suffering from a brain tumor.

‘Heavy as a heartbreak
Heavy as a broken home
If you ever loved me
How come you never said so?’ 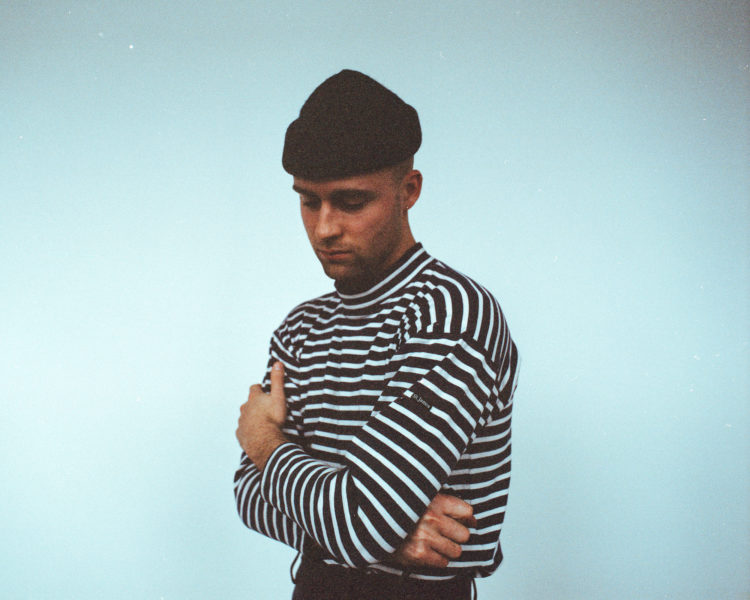 The pensive Of The Age reverses the perspective and focusses on the struggles of his aunts with addiction when growing up. Accidents, a stirring tune and the most recent single of the record, is driven by steady and hypnotic guitars. It paints a picture about how snapshots of the past become defining moments in ‘the way we cope with certain things later in life’, Woodson notes. And in this way, song after song, we are able to witness how the artist is digging up his own past, confronting the most haunting adolescent memories and transforming the pain of it into wounded but beautiful tunes that battle with trauma, heartbreak and anxiety. The sincerity of it all is really grappling. It illuminates how vital the confrontation was and what effect it had on him.

‘I just needed to work through a lot of that stuff and it was imperative that I just actually address the issues and then started taking ownership of what the songs were about as opposed to always trying to keeping it vague and undetermined. Because that’s what I always did in the past.’ 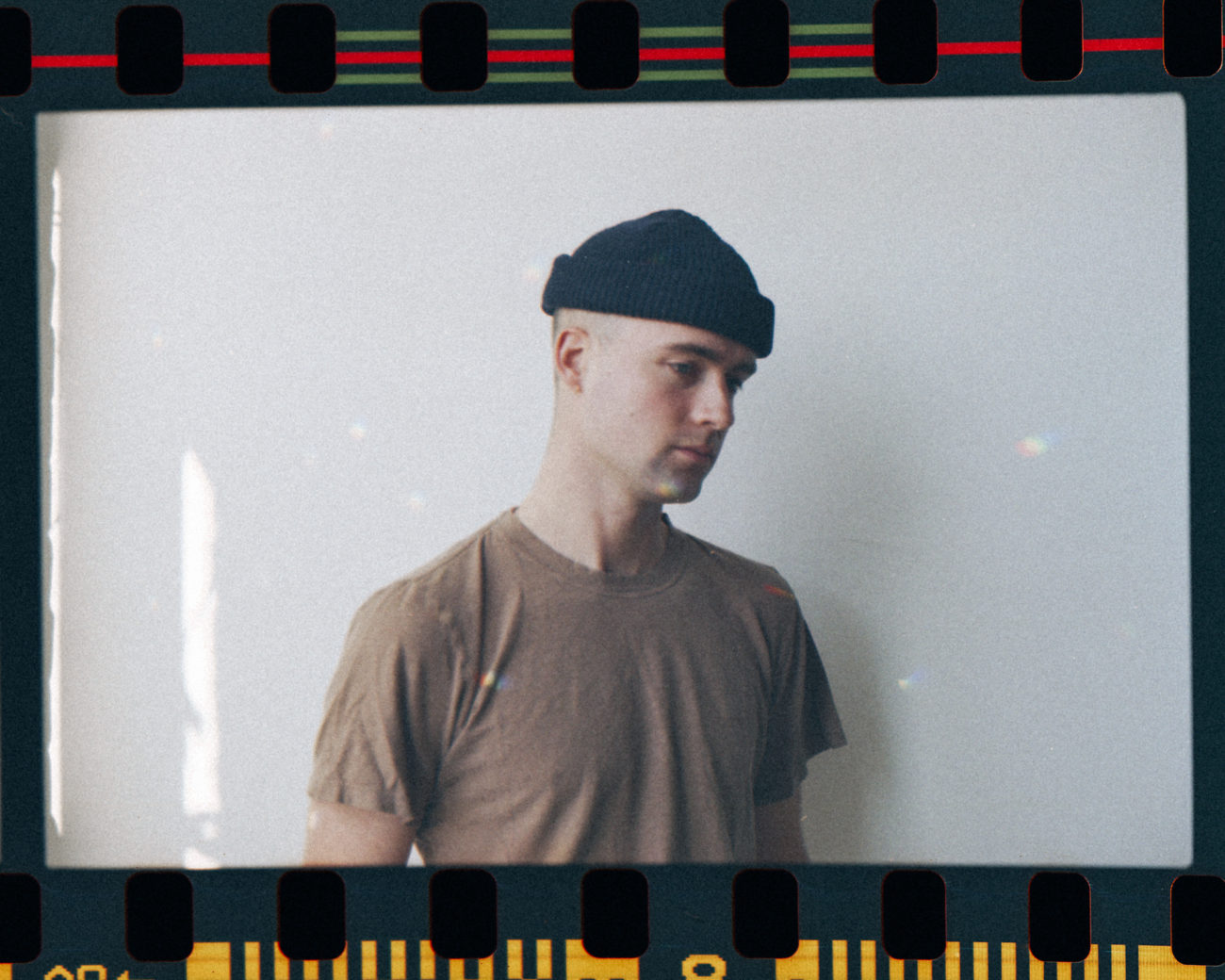 For all the melancholy that Violence In A Quiet Mind digs through, the promise of redemption is hailing at the far horizon. And not just because of the stunning nature the songs manage to create. ‘I want you to listen to them and cry, but be happy that you’re crying. I think it’s good to process our sad feelings and it’s okay to do that’, Woodson remarks, adding: ‘I think I had to write this album in order to move forward with my own life’.

‘I do think overall this is an album about addressing the past and moving forward withsome kind of grace. No matter what has happened in our past, there is still a way forward.’

After this talk, that ‘way forward’ seems like a real outlook to me and gets even more power by way of the struggle that was necessary to reach any such brighter shores. Music as a form of therapy then? Well, Haux makes a strong argument for that on his debut record. For now, as live shows are still on hold for the foreseeable future, it might just be the best to just dive into these pieces and appreciate them for their lush beauty and intimate power. As for Woodson, he cannot await performing his new pieces in front of an audience. Upon the pleasures of performing, he eventually notes:

‘On stage I’m in the present, just singing the song and I can be there with other people that are experiencing that too. Playing the songs themselves is just another part of the therapy for me’.

Haux‘s debut album Violence In A Quiet Mind is out on July 17 via Color Study. 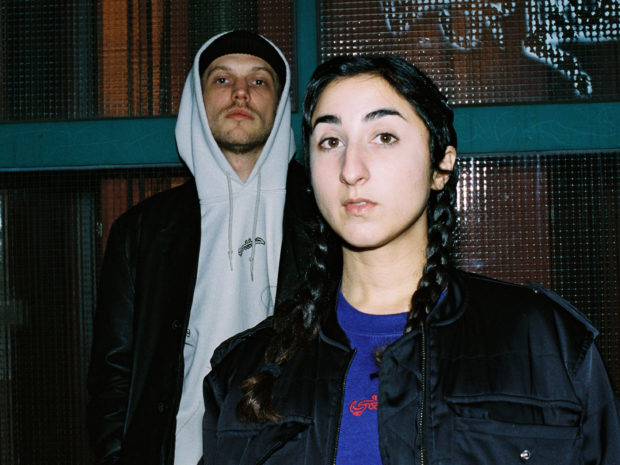 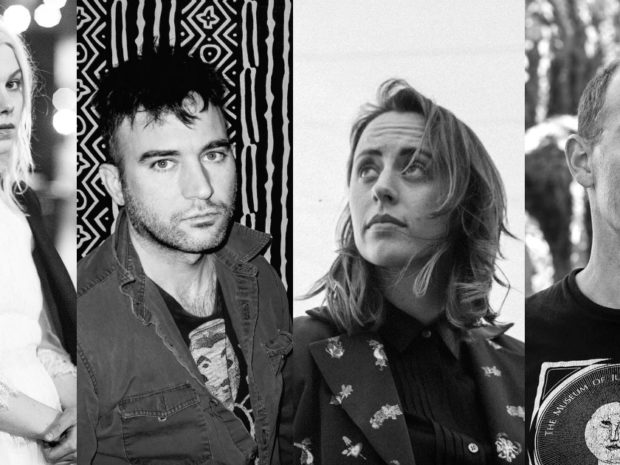