Edinburgh’s Young Fathers have had their plaudits from day one, but the number has grown with every passing year and release, as the band have gone from strength to strength. This latest tour, which had been receiving rave reviews from the UK where they have been playing their largest venues to date, in support of their latest, and possibly best, third album Cocoa Sugar it seems certainly shows why. While the humbler surroundings of the Columbia Theatre shows Young Fathers haven’t quite grown to the huge rooms of say, the Columbia Halle next door, on the mainland of Europe, there is a noticeable excitement palpitating throughout the intimate room of the art deco theatre.

Much of that is to do with the band’s live reputation as one of the fiercest acts active today. Theirs is a deceptively simple set-up; one standing drum kit, a sequencer, a projected back light painting their shadows onto a blank canvas, and their voices. With that all in mind then, it’s quite incredible that they are such a force live, given their highly minimalist set-up, the energy they produce is something akin to a punk rock show. But the key factor is those voices of Alloysious Massaquoi, Kayus Bankole and Graham’G’ Hastings, which carry their incredibly slippery set into a transcendent plane of existence. 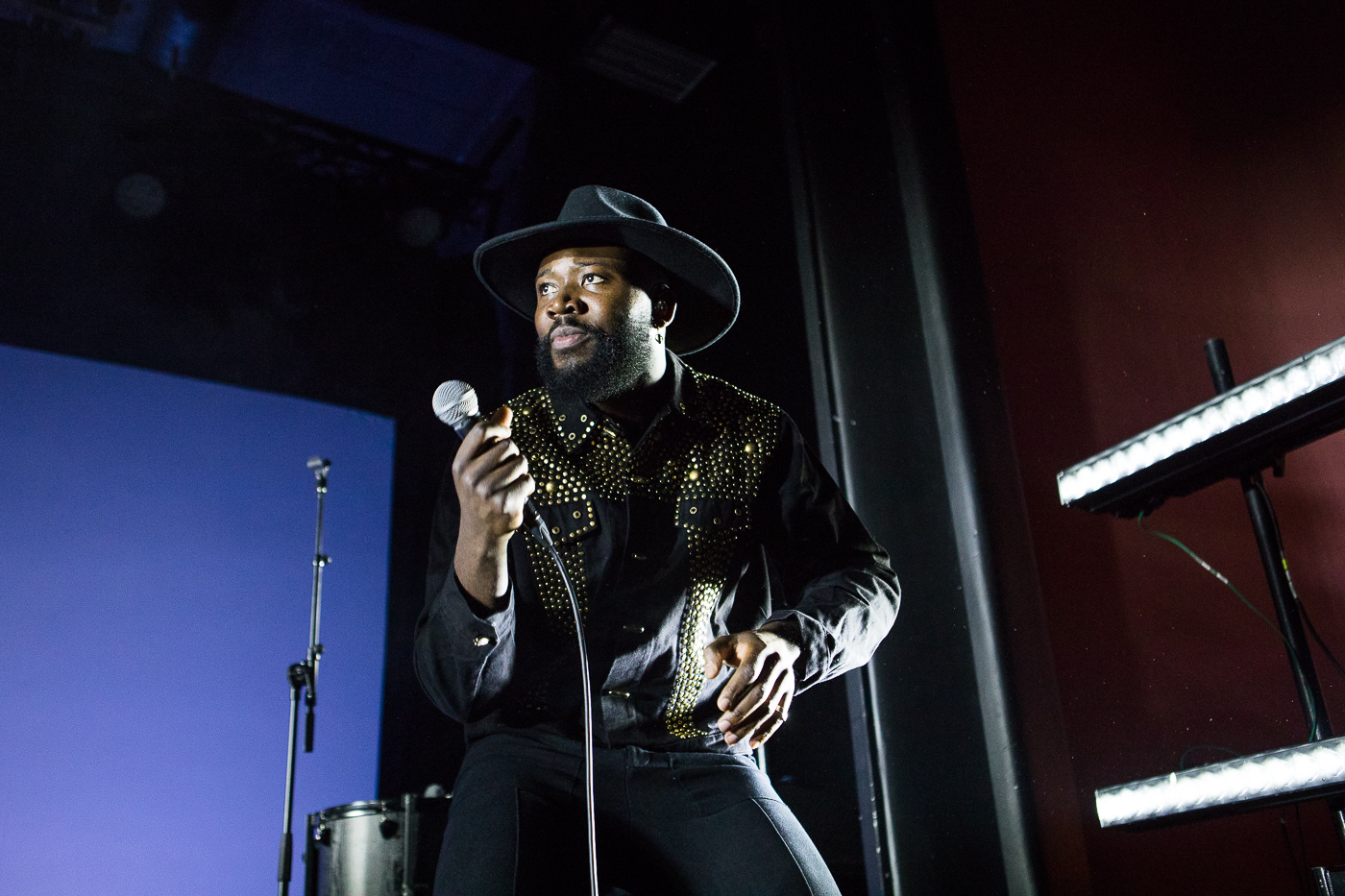 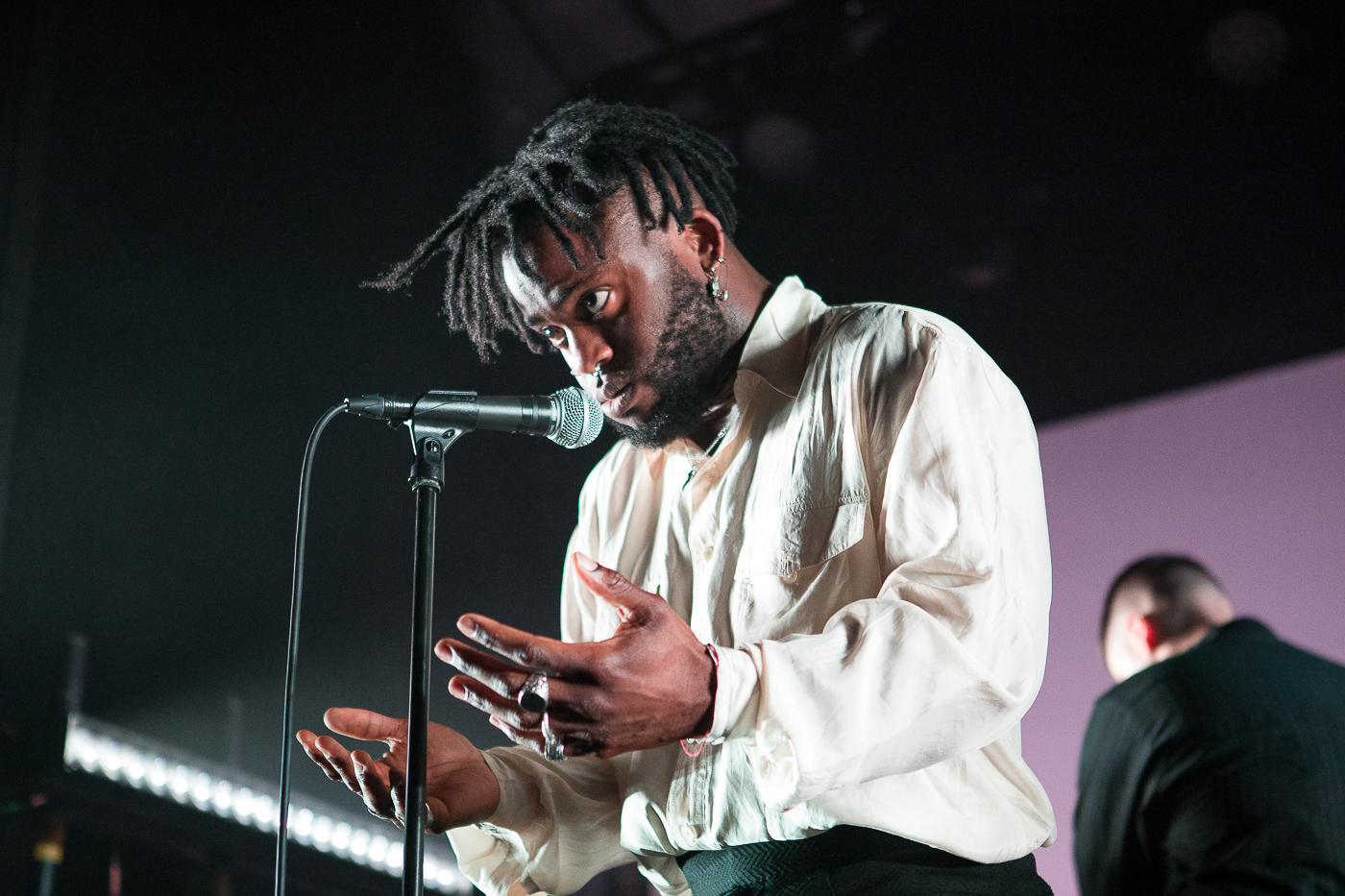 Indeed, everyone in the room this evening, from performers to audience, to even the bar staff, are sent into a frenzy by Young Fathers’ frenetic energy, it is what I assume is about as close as one can get to a gospel choir service but in contemporary pop music. Right from the opening droning drum ‘n’ bass of Wire the room is all flailing-limbs and bounce, which never really relents over the course of Young Fathers’ one-hour set. The band has always been a force to be reckoned with, but clearly from their work with Massive Attack and the Trainspotting 2 soundtrack between their last two albums, they are perfectly assured of their performance (and the power of it).

Get Up still sounds as incredible as it did when it first dropped 4 years ago (arguably better in the context of this very impressive set) while even older songs I Heard and Queen is Dead get some well-deserved re-contextualizing. Meanwhile Old Rock N Roll and Shame from White Men Are Black Men Too reach almost unbearable amounts of explosiveness, new songs Lord, Tremolo and especially In My View brings down to an emotional climax, the residue of which equally spreads through the room just like the propulsive energy did. Ultimately, Young Fathers more than earn their reputation as the formidable live experience they have been described as. They are truly one of the most exciting, innovative and invigorating acts out, and we are lucky to have them. 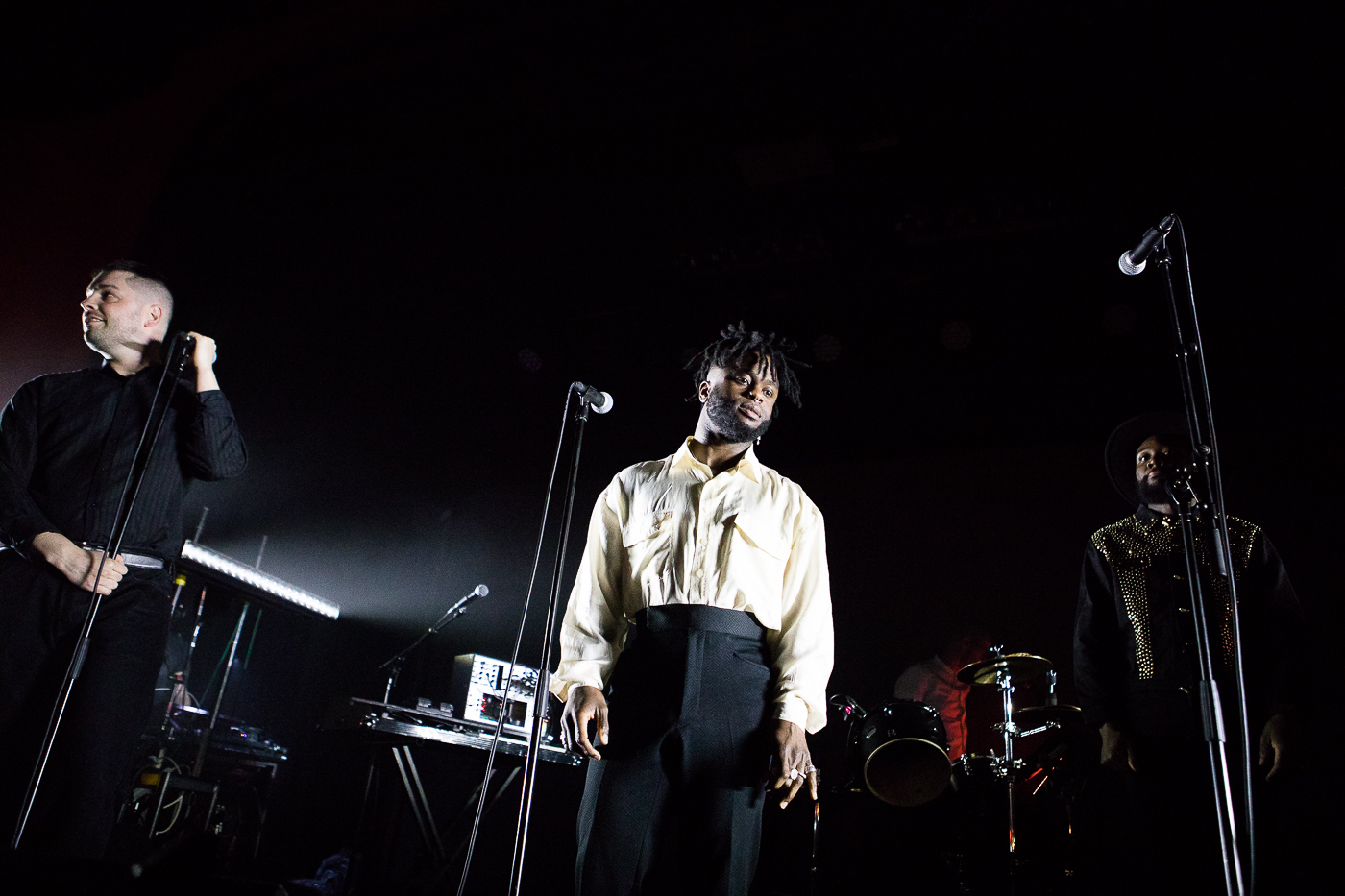