Summer starts slowly in Berlin. On one of its first shy approaches, before winter came to take another turn, I met singer and producer Mulay for a sunny outdoor interview. The artist moved to Berlin about three years ago after finishing her studies in the Netherlands. With a degree in Jazz and Pop, she set out to expand her network across the Berlin music scene with great success. 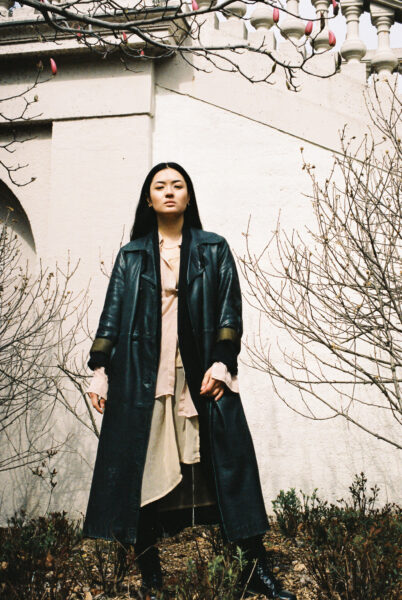 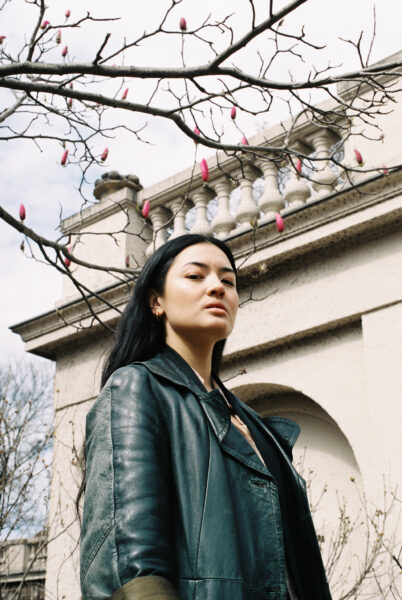 The lines “If you would know the color of my soul” open the cinematic title track of the EP that Mulay released this year. Her vocals against the stripped back piano melody captivate. Between jazzy rap and smooth pop, the slow-burning single is the first of the chronicle ANTRACYTE. Recounting the story of a breakup in different stages, some of the songs were written as long as seven years ago but did not lose any of their contemporary charm.

The EP is a very personal effort, Mulay reveals as we sit down on one of the benches in the small but beautiful Körner Park in Berlin. In leather jacket, the biker helmet still in her hand, long black hair in the wind, the artist certainly is a force. Radiating the same confidence that she puts into her songwriting, she tells me that even though some of the songs are old and have been played live many times, she still does not feel distant from the experiences that she worked into the music. “The songs make me remember how I felt back then, but my feelings have changed today. Playing the EP is like seeing your ex for the first time in ages, it will always somehow move you, but you get used to it.”

Working on the EP kept Mulay busy over the past year in the pandemic. But one of the main aspects of Mulay artistry is her love for performing. “At university it was very important to me to be on stage and to perform. It gives me a lot of energy and it allows the music to move into a different space. Performing reminds me of why I am doing this”, she beams. Of course, that has been on hold at the moment. Instead, the artist channeled her creative energy into the well-thought-out music videos to the songs.

The videos follow an aesthetic concept and show the love that Mulay has for the visual exploration of music, melodies, and personas, outside of the aural. Like the EP, the videos tell a cohesive story. Once all the videos are out, a cut is planned that will put them into the right order projecting the musical story line into a visual experience. 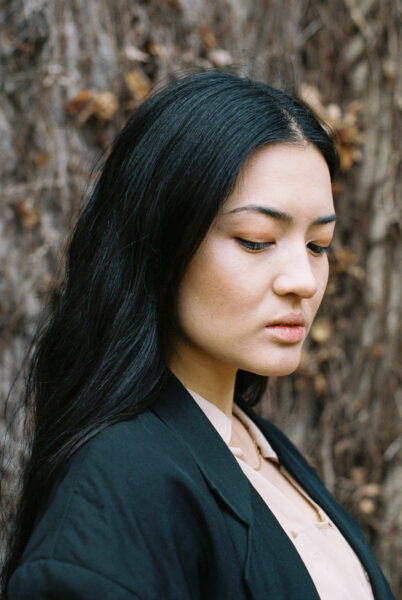 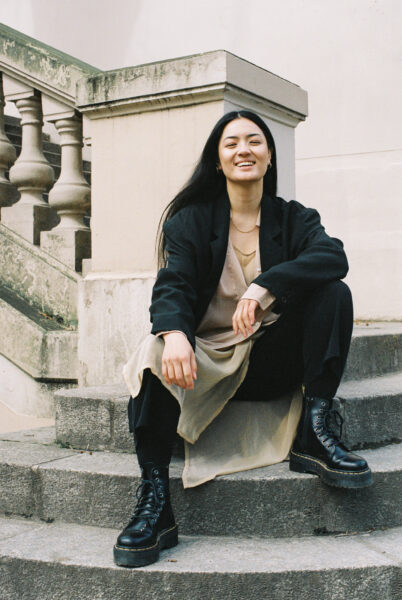 Part of Mulay’s love for working interdisciplinary and breaking out of the confinements of the audio, comes from collaborating with other artists. “I’ve always found other disciplines fascinating. In dance for example, so many things come together – performance, movement, fashion, music, staging.” Once performing on stage is possible again, Mulay says she wants to put on a full live show reflecting the videos on the stage. 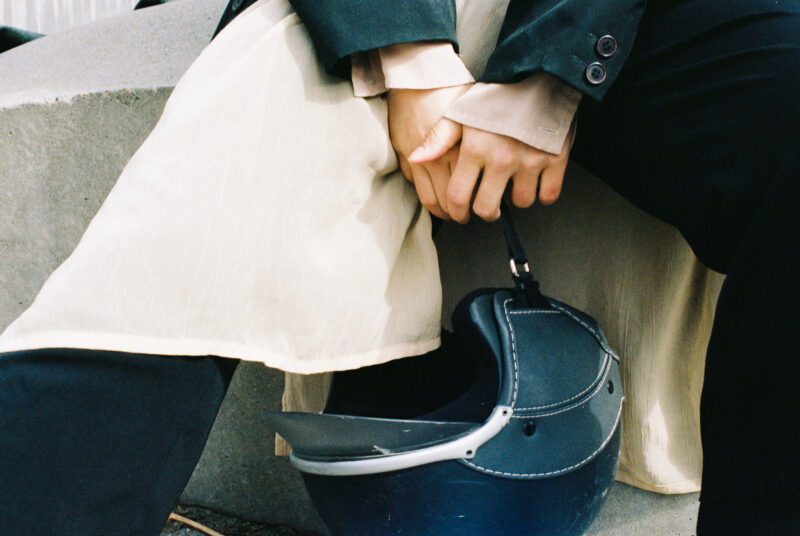 This eagerness to explore different mediums beyond music, also comes from the versatile influences of the artist. Trained in classical gospel and opera singing, jazz and pop at university provided the artist with necessary freedom to apply the technique in a personal context. “Classical singing is very much about perfection. In Jazz and contemporary music, I like that it allows the voice to sound raw. The only thing that matters is that it is real and that it comes from the soul.”

Beyond Good and Evil

The richness of vocal expression is at the core of each of the tracks on the EP. “Songwriting is very therapeutic to me,” Mulay says. And while her work is deeply personal, she draws inspiration from other sources as well making use of Greek mythology and fantastical beings on MEDUSA and PHOENIX.

“What I like so much about the Greek mythology is that the gods are not portrayed as perfect and ideal beings. They also fall victim to sins and mirror the struggles of humans. It shows that good and evil are never just black and white, things have more dimensions and perspectives to them.”

Out of the comfort zone

Even though releasing a debut EP in 2021 is certainly not ideal, ANTRACYTE still found its way out into the world. “It was a really interesting process, but it also involved so much pain and hard work,” Mulay says. “Now that it is out, I thought some of the pressure would be released and I can create freely, but then the questions come haunting me: where do you want to develop your artistry from here? In what direction do you want to go style wise?”

“I never thought that way. Instead, I always try to do what feels right and go with the flow of organic growth and development of the material. Songwriting to me is a lot about trying things and seeing how they feel.”

And speaking of going with the flow, the singer already has new projects in mind. Whether it is dabbling in acting, dreams of directing own short films, or working with other artists, the next few years are going to hold a lot for this one. “I want to constantly step out of my comfort zone and create without fear of failure”, is the motto. 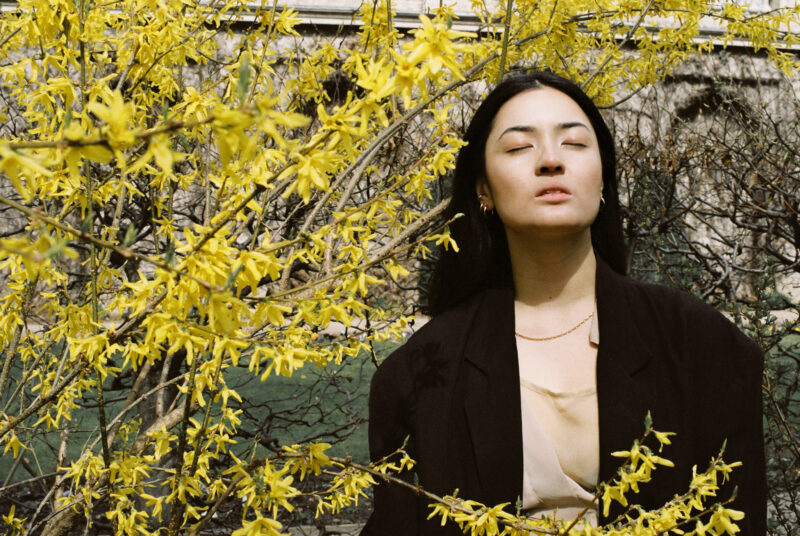 ANTRACYTE is out now via Groenland Records.