Whereas Long Tall Jefferson‘s first two records I Want My Honey Back and Lucky Guy were straight dives into mellow folk-pop terrain, full of soft melodies and ambient guitar work, his most recent Cloud Folk took songwriter Simon Borer into slightly more breezy and electronic sound spaces. Driven by the desire to redesign his image of an acknowledged folk artist, his new songs are full of an eased and playful spirit that still inherits Borer’s vocal fragility and yet heads towards new shores, full of hope and wonder.

Opening up on the inspiration behind Cloud Folk, Simon took us behind the curtains of artistic struggle, the power of redefining oneself and the musical design of his new album, in particularly the crafty I’m In Love With An (Astronaut), that premieres its music today and which we are proud to present to you exclusively right here. Make you sure you don’t miss out on the video at the end.

Your new record Cloud Folk sounds like you were trying to reinvent yourself and go beyond your own creative borders. Can you describe the process that led you to the point of wanting to change the way you make music?

Well, after two rather traditional folk albums I just felt this urge to try new stuff. I’m a very curious person and I can be pretty restless, so whenever I feel like I’m repeating myself there’s this alarm bell going off in my mind. It was especially on tour where I was starting to crave some new kind of sound to join my songs. So I stepped into writing and producing Cloud Folk with this desire to challenge myself and the Long Tall Jefferson universe sonically but also lyrically. 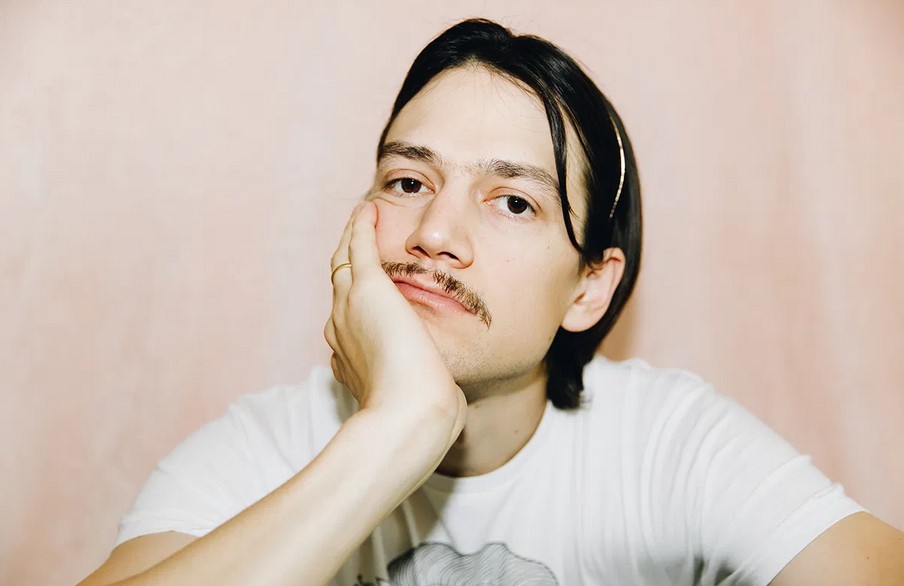 The songs of Cloud Folk, despite any deep sentiment they carry, come with a lightness and an upbeat vibe. What were your inspirations to set out on these musical scapes?

I was going through a pretty tough time at the beginning when I really didn’t have a clue of where I was going with this record. That’s where the darker songs come from. But from the start it was definitely also a goal to shake myself loose of some of the more overt folk clichés especially in terms of heavy and hyper-personal lyrics which resulted in me leaning a little towards goofiness from time to time.

Do you have the feeling that on this album you have reached new authenticity as a songwriter?

The authenticity tag, especially in connection with folk music, was what I was trying to challenge on this record. Instead of being authentic and earnest I wanted to be careless, playful and silly, I wanted my music to sound more synthetic and artificial. And I think I managed a fair amount of that so I would say I’ve definitely grown as a writer in the process but more importantly my music has grown to be more than ‘just’ folk music with a whole new palette of sounds now at my disposal. If I was riding a good ol’ freight train in the old days, I now feel like sitting in an air-conditioned intercity.

A prime example for your new approach is the enthusiastic (I’m In Love With An) Astronaut. Can you describe how the idea for the song was born?

This song started some 7 years ago when I was newly in love with my now wife who is an astrophysicist. It was an easy and uplifting jam but I didn’t really know what to do with it back then so it was lying around for quite a long time. I never even considered it for my previous records but with Cloud Folk I felt like it could work and it sure did.

How does the song connect to the larger idea of Cloud Folk for you?

This one really connects with the overall plan I had for this record to be more uplifting or carefree. It would be pretty far fetched to call this a folk song, obviously, but I still think there’s enough Long Tall Jefferson in it to deserve its place on the album. And with its theremin/minimoog instrumentation and the gentle nod to Bossa Nova in the bridge it feels like quite a genre blender all by itself.

What was the creative process for the song’s video like? How do the themes of the video relate to the desires you have laid out all throughout the album?

This video was made with my good friend and director Maximilian Speidel. We were ping-ponging ideas in the beginning but after some time I just gave him complete sovereignty and went with the flow. I think there’s a lot of longing for change in my music and the character in this video embodies this very much, plus he obviously has a very wild imagination.