LA artist Wallice‘s songs aren’t ones to waste your time. She writes high-energy, free-wheeling indie rock songs that rocket blast into massive choruses, and new single 23 is no exception. Written out of a well of cooped-up anxiety and stagnation frustration, 23 deals with those feelings by packing them into a firework and lighting the fuse. She’s taken sitting around waiting for a future that never seems to come, wrapped it up in burnt-out guitars and come up with a song that’s straight-to-the-point, irrepressibly fun. Check it, and a Q’n’A with Wallice, out below.

Hey Wallice! Tell us about how you wrote 23.
I wrote it alongside my friend/producer Marinelli. We were both living at our parents’ houses 5 minutes from each other and wanting to move out. I came into the session with one line that I thought of while driving: “I just can’t wait to be all grown up and 23.” I liked it because it was silly. 23 feels too young to be grown up, and it isn’t an age with any milestones attached to it. But when you’re young, you think you’d be a full-on adult by then. Sometimes that’s not the case, haha.

23 is a song that’s about worrying and daydreaming about your future. I guess coming up to your birthday makes you think about how much of a weird, on-pause year this has been?  Was that what was floating around in your head when you wrote the song?

I don’t think while writing the song I was necessarily thinking about Covid. Honestly, I’ve tried to purposefully stay away from writing Covid-era songs because I hope when we come out of this, the song will still be listenable and not remind anyone of this strange and sad time. But at the same time, I wrote this song because the goals I had set to move out definitely got put on hold. So I guess it would be yes and no.

Both the songs you’ve put out so far have made sure to pack in a massive, bright and catchy, singalong chorus. Is that something that’s important to you in the music you listen to, and something you wanted to include in your own songs?
When I’m writing, I try to think about if I like what I wrote – not as much about if something is catchy enough to be a chorus. I usually come up with a line with melody at the same time, and write it down in my notes app or voice memo. Later I’ll add a chord progression and loop that progression to write on top of. The main chorus – “I just can’t wait to be all grown up and 23” – was the original melody I thought of for those lyrics, and I’m so happy that it ended up being catchy. The most important thing to me in music is good songwriting – and by that I mean good lyrics that either tell a story or express an emotion, rather than just words used to finish a song.
You also have a sideline in ceramics-making. What can you tell us about the charms of ceramics? Is it something you’ve always done or a relatively new hobby/occupation?
I absolutely love making ceramics! I grew up with my mom making and selling her ceramics. We even had a kiln in our garage. I took a summer class when I was 10, but I didn’t touch clay again until January 2020, right before the pandemic. That’s when I really started getting back into it and for a while, I’d spend like 6 hours a day, 5 days a week making things. And I’m so happy to have found it again because it’s a great outlet for all this newfound free time. I also love ceramics because I’ve never been that great at painting or drawing, but I feel like with ceramics I’m able to create what I was envisioning in my head.

Finally, what more can we expect from you in the near future?
I have another single coming out and then an EP that I’m hoping to finish up soon. My next single is really fun and rowdy – it’s along the same lines as 23 music-wise but lyrically very different. I think (and hope) you’ll like it!

Don’t miss the beautiful acoustic version of 23 which Wallice recorded for our Instagram.

Interested in the best new music, handpicked by your favourite music blog? Awesome! Because every Monday we’re updating the 50-track-strong Listen AHEAD Playlist on Spotify, adding ten strong songs by sill relatively unknown artists at its beginning. This week’s new picks also include fresh songs from John Myrtle, EESE, Sofia Lafuente and PaulWetz. Follow the playlist right here on Spotify and give these new talents a chance. 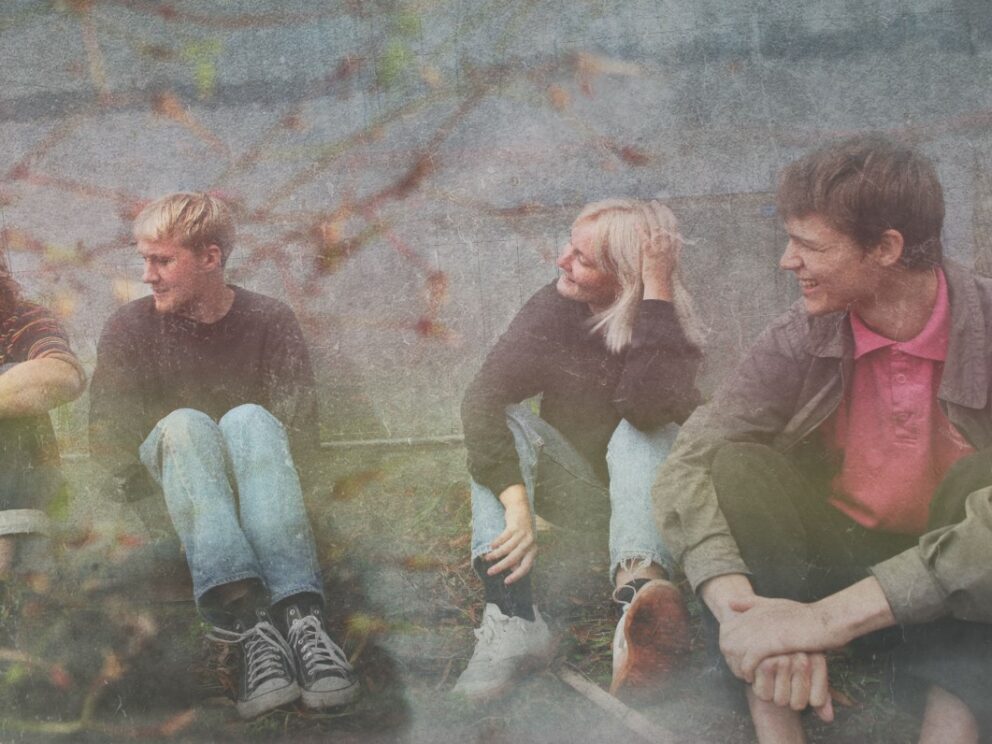 The Danish newcomers deliver another fuzzy indie-rock tune to tease their upcoming debut album and it's leading this week's final update of our beloved LISTEN AHEAD playlist along with additional recommendable new music from Personal Trainer, Mall Girl, Wallice, Cosmic Crooner and more. Come and hop on this train for one more time.