Let’s talk about headphones. We got sent the Major II model by Marshall and the Plattan ADV Wireless by Urbanears and then decided to write a couple of words about them.

First, let’s get through the superficial factors. The headphones come in a sweet, matte black box that surely makes you think that you’re going to unpack a tiny Marshall amp. Well, you won’t. You open it and there, there! The -admittedly- beautiful headphones appear. We got the white ones, but they also come in brown, and pitch black color, as well. They’re pretty similar to their predecessor model (Major). They ‘upgraded to a more rounded construction and extra durable vinyl finish’, as the press release claims. 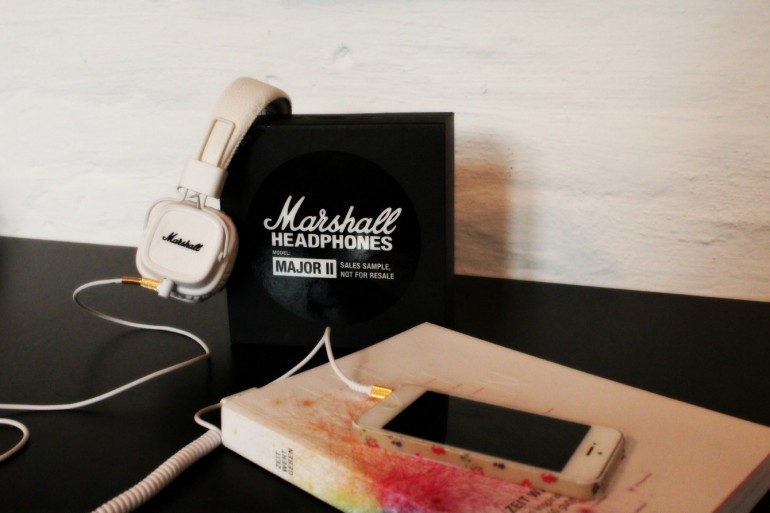 Do you know the feeling of being scared to fold and unfold the ear caps because you think you’ll break them? So, Major II are pretty chill with the whole folding thing. Everything happens super easy. No weird clicks and clacks. Kudos for that.

Their adjustment hinges make sure that the headphones fit well on your head and they’re light. The ear caps are fluffy enough to provide comfort. They might be too closed though, so be aware of the fact that you’re going to be totally disconnected from the outside world. There is also a plug end under each ear cap that allows you ‘to wear your cable on or to plug in and share your music with a friend’ – don’t ask me why.

Last but not least, since those headphones are basically designed for you phone, there is this special feature: the (detachable) cord has a mic and a remote control for when you want to receive a call or to skip a song without too much effort. Once again, beware of the fact that Major II’s ear caps are super closed and you might have to pay extra attention on the road while walking or driving.

I played several songs, but I decided that for the testing I’d stick with ‘All for the best’ by Thom Yorke. I chose this one because it has an interesting production (panning, weird frequencies that take you by surprise, as well as many layers and clear, centered vocals).

Although, I’m a fan of Marshall and I’d love to say that I was impressed by the performance, I’m afraid that this wasn’t the occasion this time around. They are ok, but I expected them to do better. The lower frequencies are definitely pumped up and the whole listening experience sounds EQ’d, somehow. Thing is – and that’s my personal opinion expressed, so no hard feelings- I want that my headphones deliver me a clean, neutral version of the music. Why bother pumping up the bass, post the mastering of the song? I’m sure that the artists have listened to their songs zillions of times before they put them out and through multiple and different devices – earphones, headphones, studio speakers and cars included. By all means, I don’t want to throw shade to Marshall. It just happens that Major II are not my cup of tea. From the other hand, I cannot say that they’re bad. They’re a pair of good, well-crafted headphones, especially judging by their price.

You can find the Marshall Major II headphones here.

Plattan ADV Wireless came in a pretty simple, minimal, white packaging. We were sent the Sea Gray colored ones and although we had a little debate at the office, whether the color itself is closer to gray, purple or blue, we all agreed that’s an interesting one. And it’s matte – no shiny plastic business here. On Urbanears’ website, you get the option to shop by color which is fun. These specific headphones come in 10 different colors and it’s more than sure that it’ll take you a while to decide which one you prefer. Kudos for the color palette and for the tiny logo. Because who wants to walk around and feel like a moving advertisement of a brand? The design is very minimal and simple – they’re just headphones, right?

First of all, Plattan ADV Wireless are super light, but at the same time it feels that once you put them on, they won’t move around. They feel safe. Since they’re wireless, for some reason you get to notice this kind of details – which is weird. It certainly feels kind of futuristic, to their favor. Bluetooth technologies are definitely here and nobody can really tell if that’s a trend that’s going to pass or last. To be honest with you, we’ve heard both theories and we don’t know what to believe.

Back to the Urbanears wireless headphones. With Plattan ADV Wireless, you also get to respond your calls and everything. They also come with a cable, in case the headphones uncharge. The cable is detachable (obviously) and comes with a mic and a remote, exactly like on the Marshall headphones.

Another good feature is that the headband can be easily removed and washed. 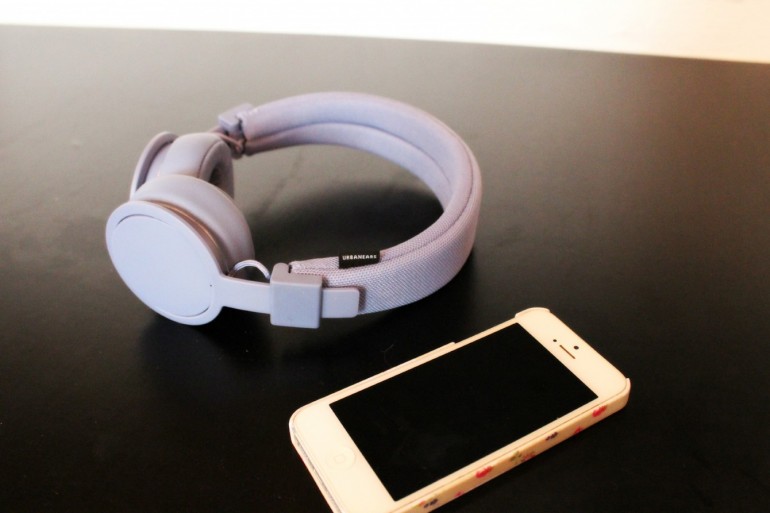 To be neutral, I played several songs and ended the whole listening process with the same song by Thom Yorke. I have to admit that I was happier while using these headphones. Plattan ADV Wireless achieve to give a purer sound, yet to perform equally great on low, mid and high frequencies. The ear caps are closed-but-not-too-closed. This last fact, compared to the Marshall headphones makes the Urbanears more suitable for everyday activities since you’re able to keep up with what’s happening around you. To be honest, I had them lower (volume wise) than Major II, because they appear to be louder than any other headphones I’ve ever used before. I’m used to listening to the music very, very loud, and I was quite happy with the fact that I didn’t have to pump the volume too much. That’s healthier, right?

In my opinion, these headphones are really good especially for their price. There nothing more or less than what I expect from the headphones that I’d use on a daily basis. I appreciated the simplicity – they’re not too much or over promising. They’re designed to live with you.

You can find the Plattan ADV Wireless headphones by Urbanears here.

—
Photos by Marla Geesing, for NOTHING BUT HOPE AND PASSION.