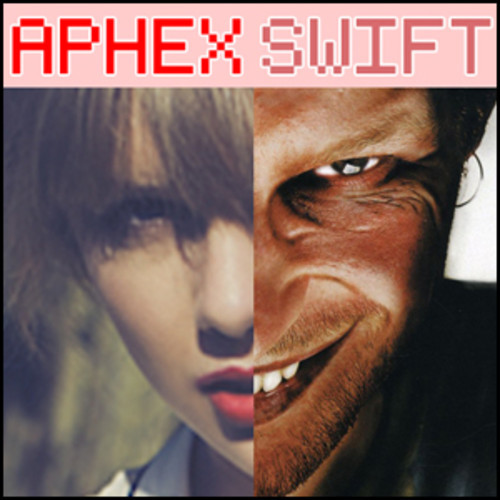 The following news is both – highly entertaining and quite creative at the same time. American cartoonist David Rees just released a quite special mash-up record called Aphex Swift. As the title already implies the record combines the music of electronic guru Richard D James aka APHEX TWIN and country/pop startlet TAYLOR SWIFT.

And before you ask – the album which contains songs like Starlightlicker and You Belong With Avril works quite well. According to a Tweet by Rees it’s not meant to be a spoof as he thinks that both artists are really talented songwriters. No matter what you think but it’s definitely worth a spin, NOTHING BUT HOPE AND PASSION thinks. Listen to it below.