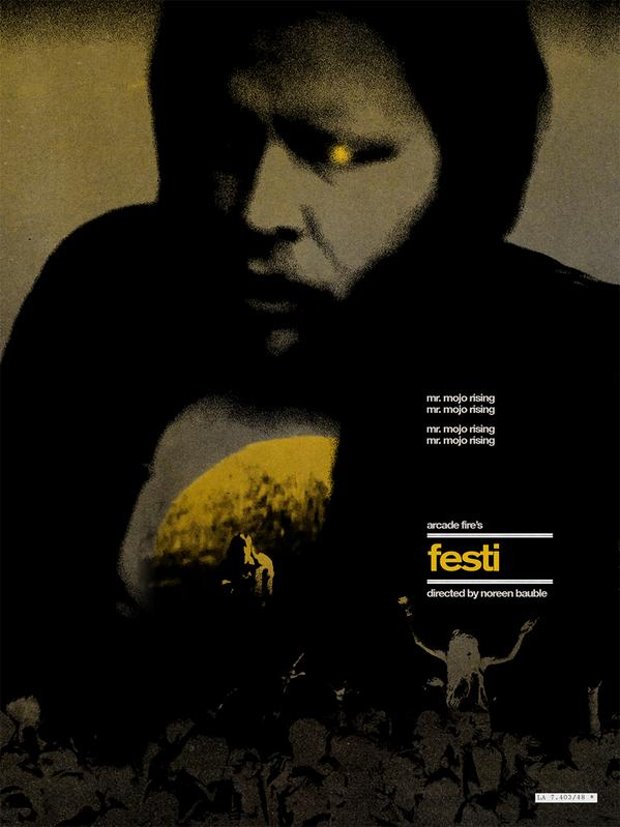 No escape from Halloween, even in Canada. ARCADE FIRE present a special 21-minute long horror movie called Festi which comes with a quite impressive list of guest stars. Besides the Canadian band Bryce and Aaron Dessner from THE NATIONAL make an appearance (as creepy twins), James Muprhy plays a depressed DJ, actor Andrew Garfield joins the cast as (obviously) Spiderman and Peter Gabriel plays a security guard. The FLEET FOXES are also in here as well as the one and only SLASH who will – spoiler alert – also perform Sweet Child O’ Mine at the end of this little flick.

The short movie is described as ‘a look back at the 2011 summer festival tour’ and was directed by ‘Noreen Bauble’ (which is basically just a pseudonym by ARCADE FIRE). The story basically circles around Will Butler’s attempt to escape the ‘Club of 27’ on his 27th birthday. Of course, things go wrong from here on. Happy Halloween, everybody!